Sunday, May 16
Trending
You are at:Home»News»Exmouth»‘Park inside! Inconsiderate!’ – Exmouth couple’s campervan is vandalised while legally parked on the road, sparking police investigation

Police are keen to trace the vandal who scrawled ‘park inside, inconsiderate’ in permanent pen on an Exmouth couple’s campervan outside their home.

Holly Griffith, aged 31, and husband Barnaby, 43, of Stevenstone Road, Exmouth, who have been working ‘flat out’ running two care homes during the Covid crisis, had their motorhome targeted when it was temporarily parked on the road outside their home while workmen used their drive.

Police investigating the criminal damage say it was caused sometime between 1pm on Sunday, July 19, and 6.30pm on Tuesday, July 21.

Officers want to hear from anyone who saw or heard anything suspicious in the area, or who has information about the crime.

CCTV footage filmed near the couple’s home is thought to have been unsuccessful in capturing the culprit in action.

A Devon and Cornwall Police spokeswoman said: “The vehicle was dented on the driver’s side.

“Someone had also used a black permanent marker pen to write a message on the driver’s side about where the motorhome was parked.”

Mrs Griffith said the family campervan had been parked on the public highway outside their home so a tree surgeon and carpet fitter, working at the property, could use the couple’s drive.

Prior to that, the motorhome had been parked on the couple’s drive for the last three years.

She said the vehicle had been on the road directly outside their home and was not blocking any access or driveway.

Permanent pen used to deface a side panel with foot-high writing was proving difficult to remove, said Mrs Griffith. 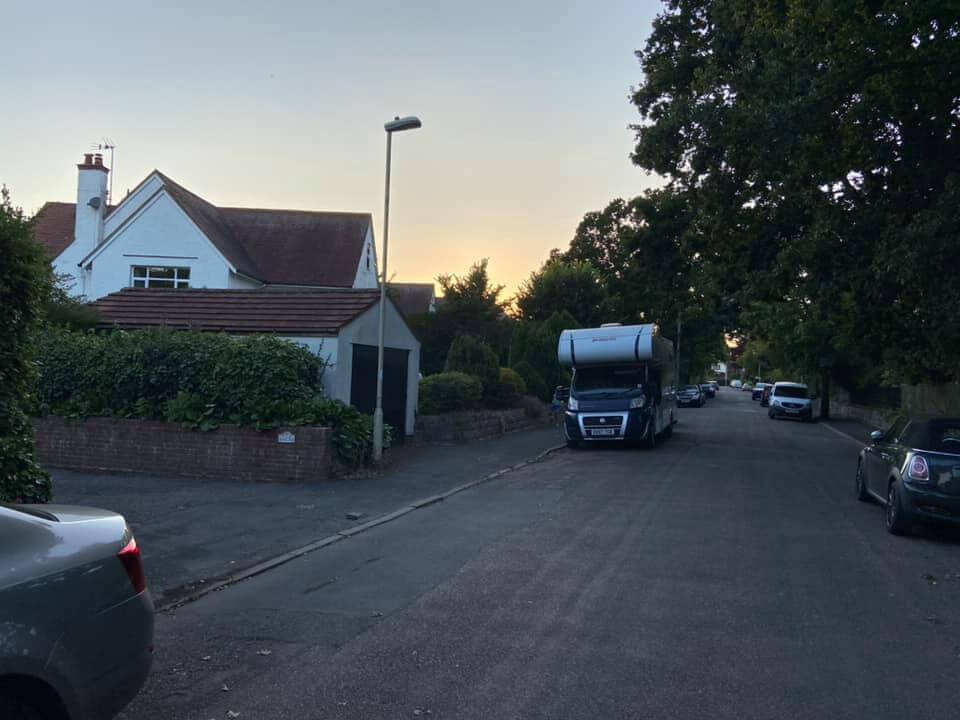 The campervan parked on the road outside the couple’s home and garage. 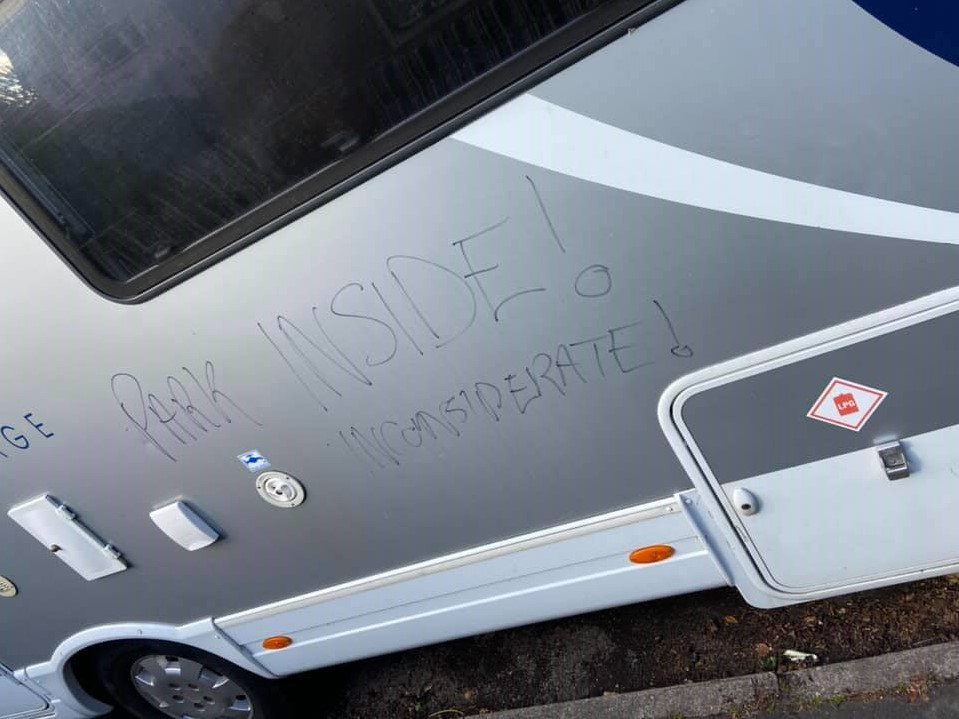 Vandalised: ‘Park inside! Inconsiderate!’ was scrawled in permanent pen.

Mrs Griffith said: “We run two care homes in Exeter and we have been flat out during Covid. It’s been really hard and this is the last thing I need.

“If someone has got a problem with us, come and speak to us. Don’t vandalise our property. Don’t deface our belongings.”

“We have been having some trees cut down so the tree surgeon’s been coming in, and his chipper.

“And we have been having carpets fitted so the vans have needed to park on our drive.”

“The campervan was right in front of our house. It wasn’t blocking anyone’s drive.

“No one has been around to say it’s blocking their view or access. No one has communicated with us.

“If it was bothering someone that much why didn’t they put a note under the windscreen wiper?

“We are going to have to have work done on it. They have written on it in permanent marker. It’s just not coming off.”