Thursday, August 13
Trending
You are at:Home»News»Exmouth»Go-ahead for 34 apartments, café, restaurant and youth centre in Exmouth that will see pubs and Sam’s Funhouse demolished

Plans for a 34-apartment complex featuring a café, restaurant and youth centre in the middle of Exmouth have been approved.

The scheme will see Sam’s Funhouse, The Bank and Number 9 Sports Bar in St Andrews Road and Imperial Road demolished.

Applicant Stag Inns (Exmouth) Ltd has vowed that a dozen of the dwellings – 35 per cent of the total – will be ‘affordable’.

The buildings need to go – they don’t look great. If not this development, then what? – Cllr Joe Whibley

Planning permission will be conditional on a legal agreement that guarantees the social housing element of the development will be delivered.

Officers had recommended the blueprints be refused because a registered housing provider has not agreed to take on the ‘affordable’ units and the plot sits in a flood zone. 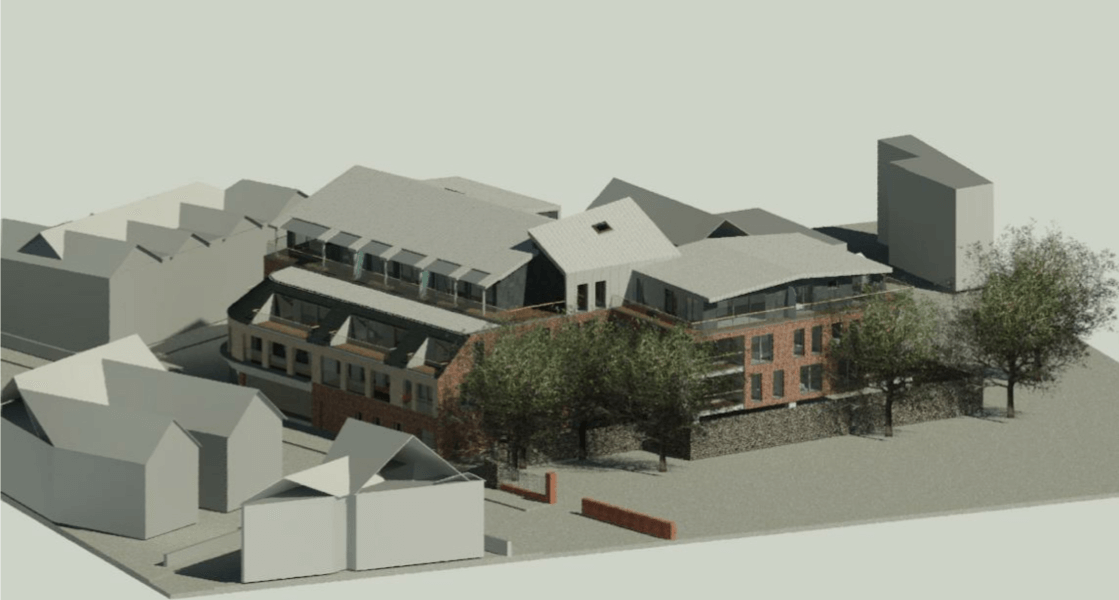 An artist’s impression from the planning application for of the apartment block in Exmouth. Image: Stagg Inns Ltd/ARA Architecture

The scheme will see existing ‘ugly’ buildings demolished and replaced with ‘a comprehensive modern development’.

It will feature a café, youth club and restaurant premises on the ground-floor, with 34 apartments, split into two blocks, over a further three levels.

There will be 27 parking spaces. 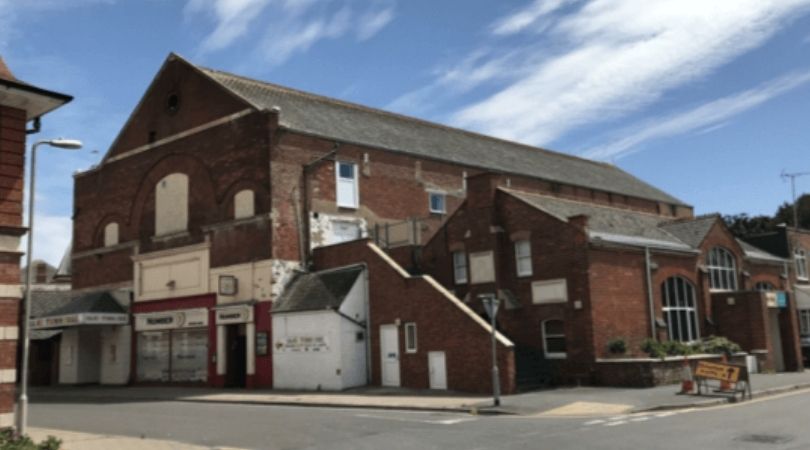 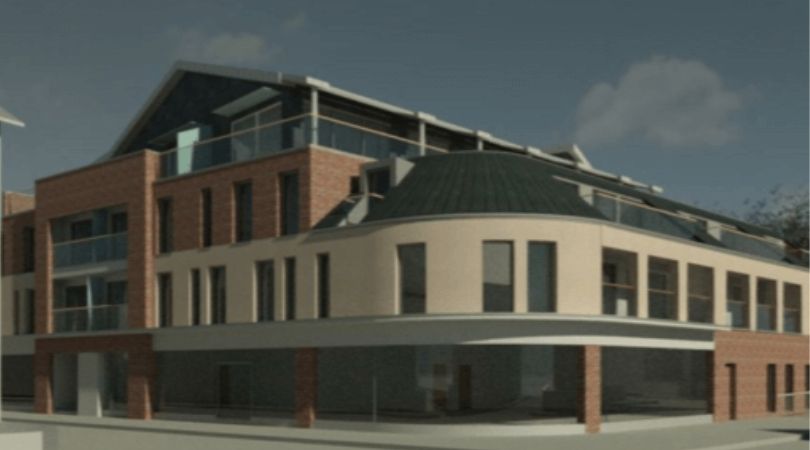 After? How the proposed new development would look. Image: Stagg Inns Ltd/ARA Architecture

EDDC development manager Chris Rose told today’s meeting that all elements of the proposed development were ‘acceptable’, however, the council’s policy does not support new homes being built in a flood zone.

An agent for the applicant said ‘Exmouth currently has a high need for affordable housing’, adding: “Our clients have funding available and wish to move forward with the proposals once approved.”

In a statement read to the committee on behalf of the authority, Cllr Fred Caygill said the development would be a ‘significant visual improvement’.

He added: “It would be a shame to refuse a positive development with social and commercial benefit because of what is seen to be an outdated flood risk assessment.”

A trio of district ward members said they were ‘conflicted’ and ‘torn’ over the application.

Cllr Olly Davey said: “If there is never going to be residential development in that area, why has this been allowed to proceed this far?”

He described the existing site as a ‘pretty ugly collection of buildings’.

“If not this development, then what?

“To reject now would put off people in future from even trying.”

Cllr Eileen Wragg said: “The appearance of the old building, Sam’s Funhouse, is a let-down to the town.” 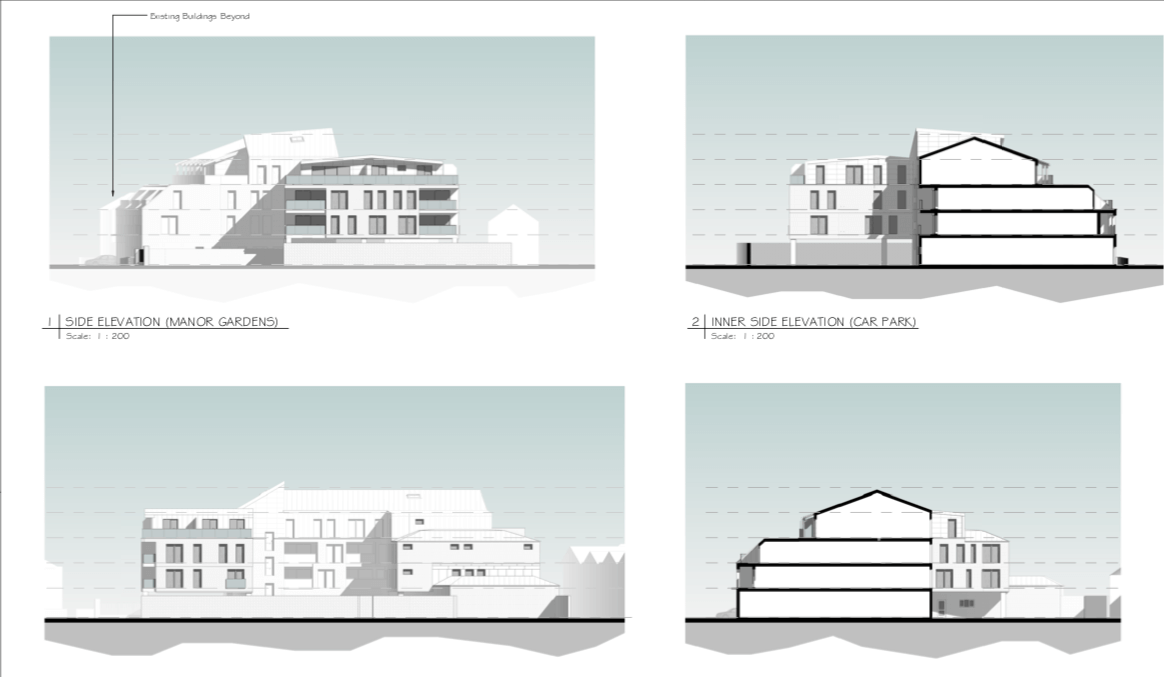 From the planning application for of the apartment block in Exmouth. Image: Stagg Inns Ltd/ARA Architecture

Committee member Cllr Philip Skinner recommended approval and said: “I believe we should be going upwards a little bit with our towns to get the vibrancy of keeping the towns going, keeping people in them and keeping them alive.

“I do feel the officers are caught between a balance between policy…and actually creating a base whereby people, with an affordable housing balance, can actually live.”

Cllr Mike Howe added: “We have a system that has to be followed – we have to set the standard.

“Everything about this application is absolutely spot-on and we should be approving it in all those cases.

Cllr Geoff Pook said of the plot: “It’s ripe for development, it needs to be improved.”

EDDC officers had recommended the scheme for refusal and told members in a report:   “Notwithstanding the benefits from provision of smaller units, acceptable design and an above policy level amount of affordable housing, the harm from the provision of development in an area of high flood vulnerability and concerns over the lack of interest in the affordable units is considered to outweigh the benefits of the scheme and therefore the application is recommended for refusal for this reason.”

The applicant had said the mooted development would ‘revitalise’ the area.

Councillors agreed to grant the application permission subject to conditions and a ‘Section 106’ legal agreement that will guarantee the affordable housing is delivered.