These photos show the extent of the damage to a motorcycle that caught fire accidentally in Exmouth on Saturday evening (July 18).

Dashcam footage and photos sent to East Devon News by a reader show thick black smoke coming from the vehicle as firefighters from Exmouth tackled the blaze at the top of Dinan Way, Brixington, at around 7.30pm.

The motorbike, spotted on fire in a bus stop lay-bay, was completely destroyed by the blaze.

The fire service said the vehicle was well-alight when the Exmouth crew arrived to extinguish the flames, adding the cause of the blaze was accidental.

A Devon and Somerset Fire and Rescue Service spokesperson said: “One fire engine from Exmouth was quickly mobilised to the incident and on arrival, the crew reported the vehicle was well alight.

“The crew used one hose reel jet to extinguish the fire.

“The motorbike was completely destroyed by fire and the cause is accidental.”

Police secured the motorbike once the fire service had tackled the blaze and made the scene safe. 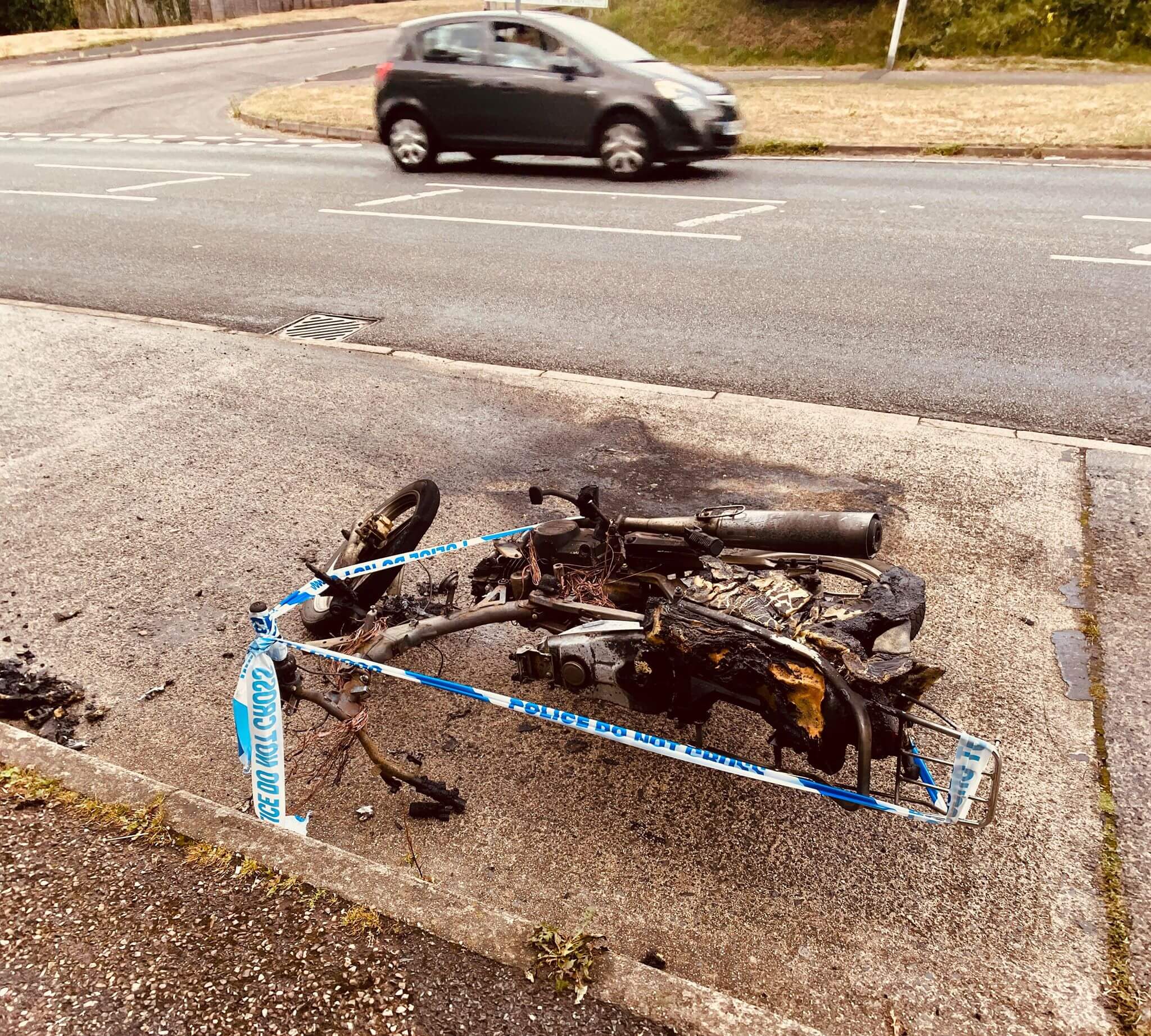 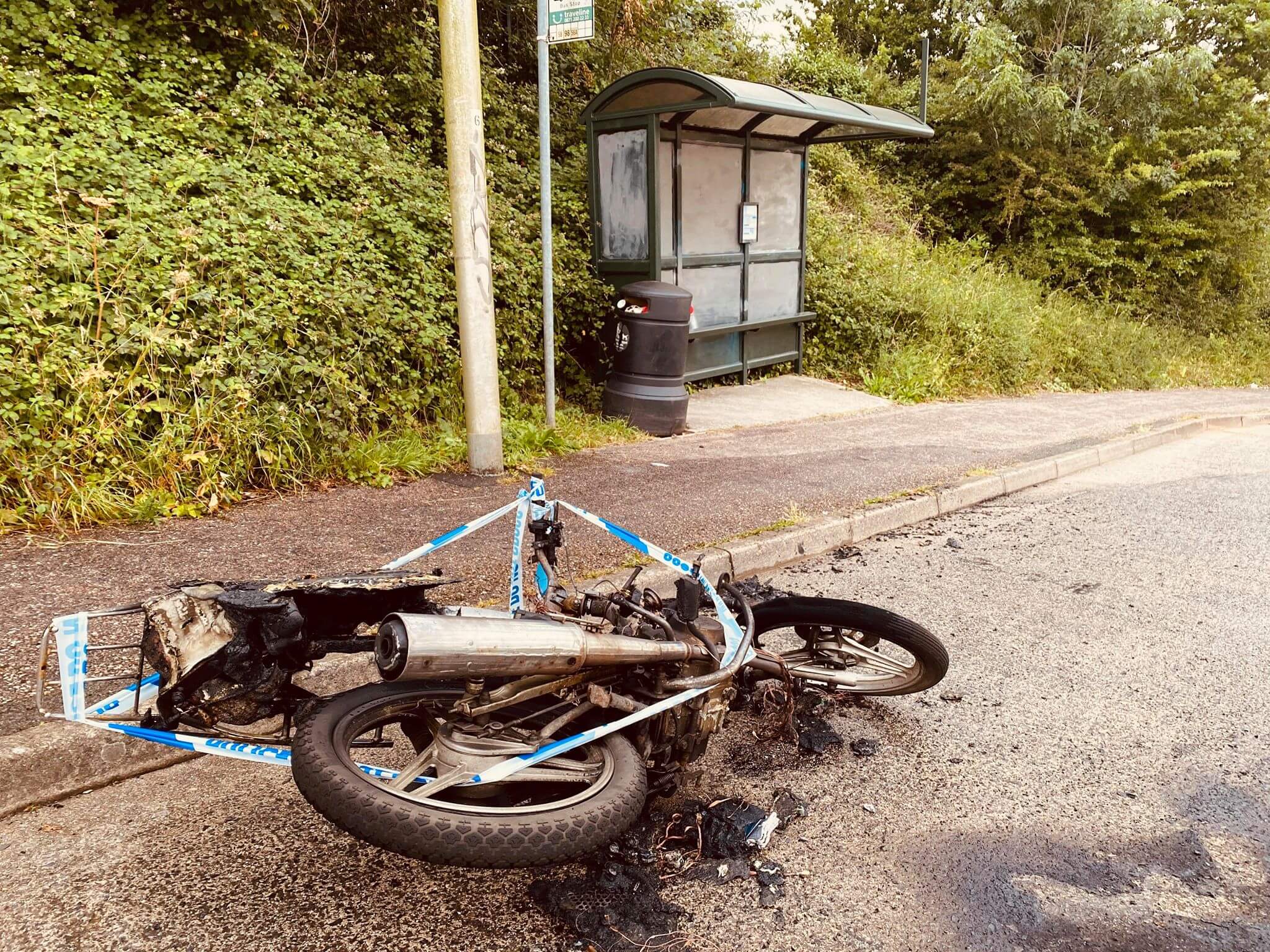 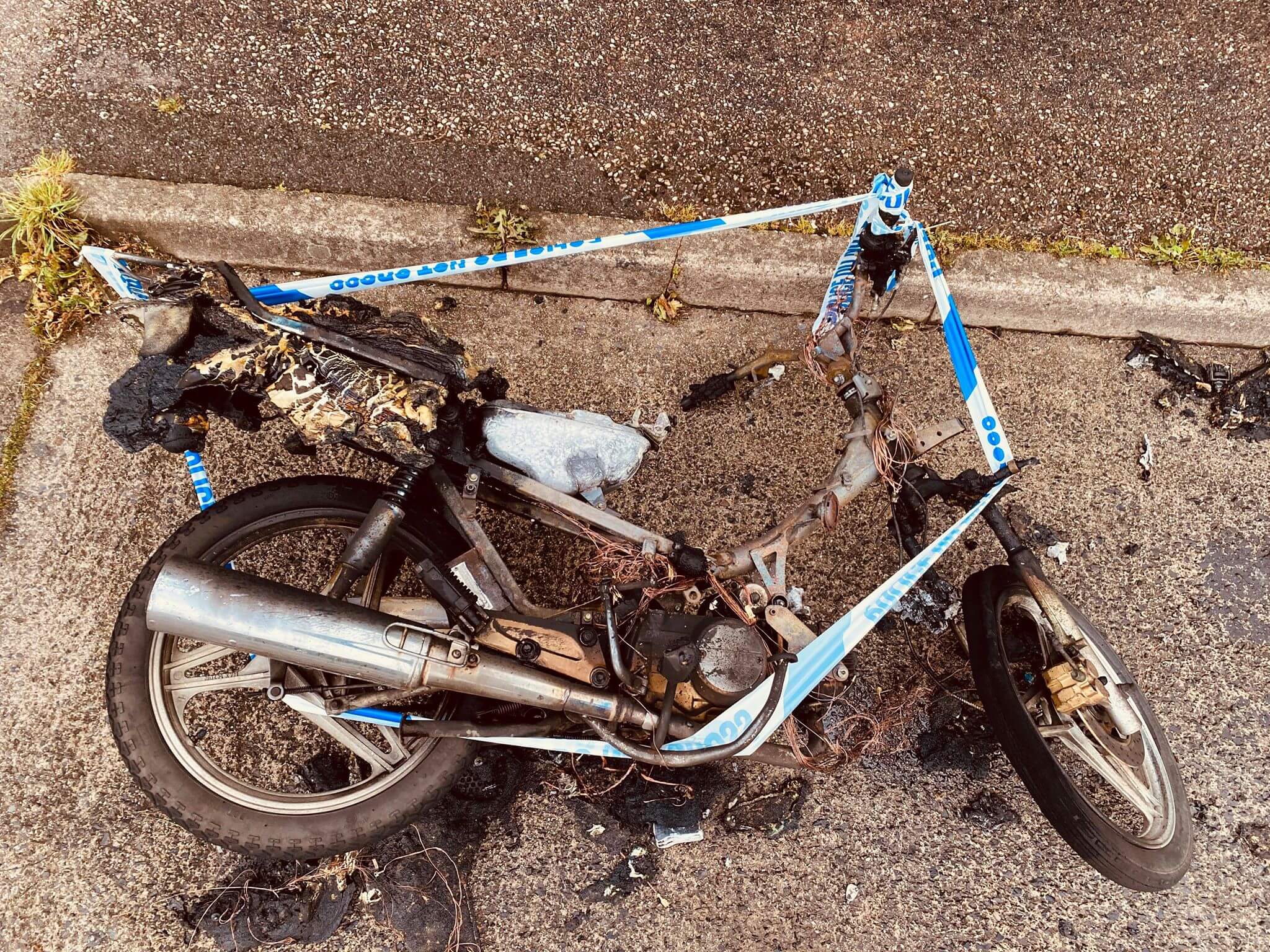 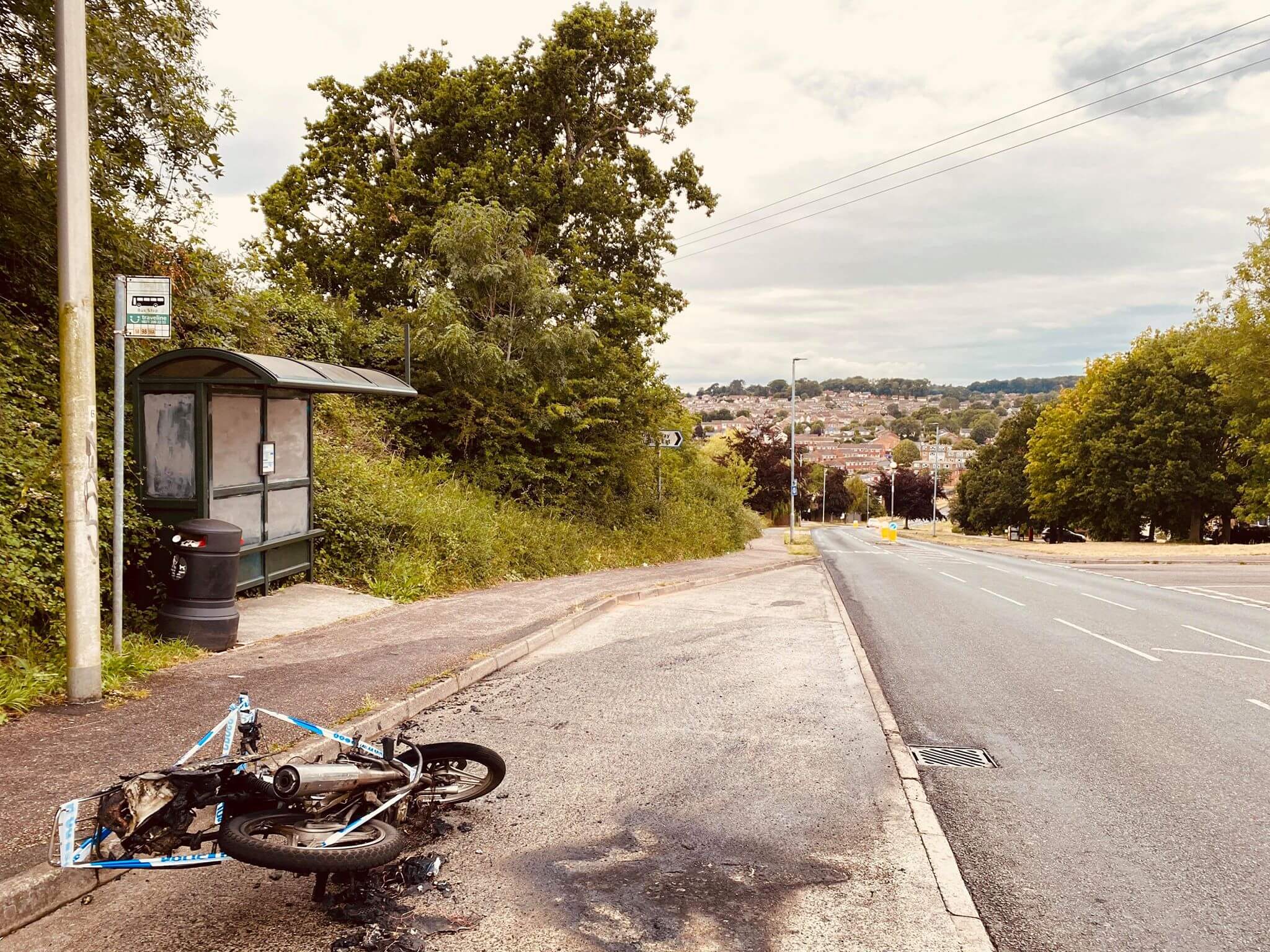