Changes aimed at saving cash and boosting a £12million effort to protect Exmouth from the sea have been given the green light.

The Environment Agency (EA) had asked to amend its previously-approved proposals.

EDDC’s development manager Chris Rose told Wednesday’s meetings that the changes would have a positive benefit and provide cost savings – but would not be to the detriment of the scheme.

The Exmouth Tidal Defence Scheme will safeguard more than 1,400 residential and 400 commercial properties.

It aims to reduce the town’s flood risk from the current one in 25 years to one in 200. 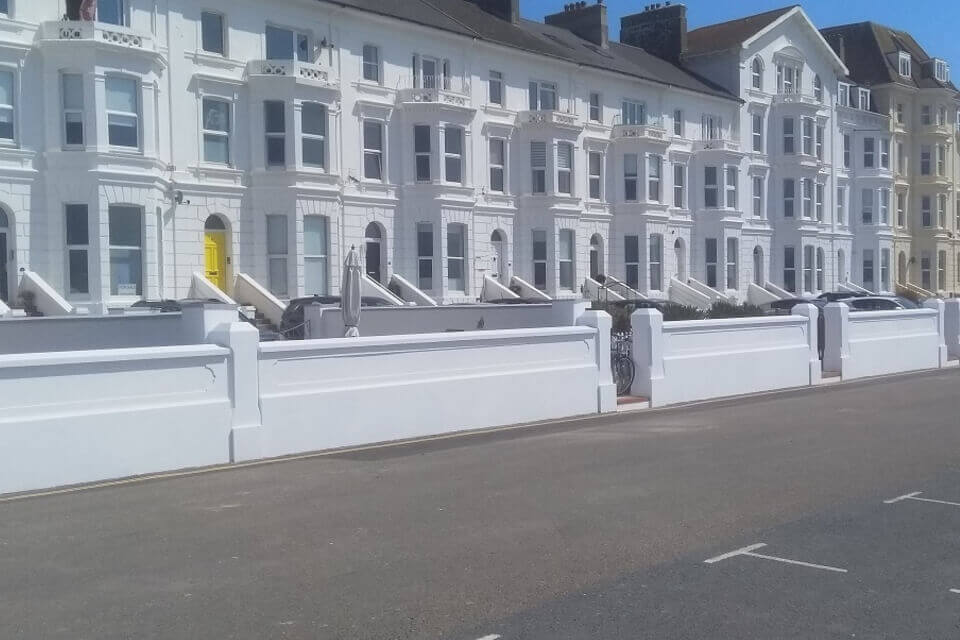 The newly-completed wall in front of seafront properties in Exmouth.

Among the EA’s proposed variations was reducing the length of a pre-cast wall around the estuary-side that extends onto the Imperial Recreational Ground by 40 metres.

This will be replaced by an earth bund, the estuary-side wall will be straightened, and a new barrier will replace an embankment at the boatyard in Camperdown, and a floodgate on the seafront will be realigned.

An outhouse in the garden of The Grove pub will be bricked up instead of installing a floodgate.

Councillor Steve Gazzard told the meeting: “This is good news for Exmouth and the people who live around the area who will have their homes protected.”

Work on the scheme started in June 2019 and has now paused for its summer break. It is expected to be completed in 2021.

So far on the estuary-side, a 660-metre-long wall has been built from the boatyard to the Imperial Recreation Ground.

A large area of the nature reserve was cleared of vegetation to create a continuous flood defence embankment which will be seeded this autumn.

The foundations have also been put in place for the three flood gates.

The Esplanade area from The Grove pub, including Morton Crescent and the Imperial Hotel, has had new defences built.