More than 45 traders and the public have hit back at the town council-agreed scheme, signing a petition to oppose the move.

The town council said it was continuing to look into the one-way system and was reviewing the petition and the comments made.

It said the temporary widening of the pavements was to safeguard pedestrians and road users while social distancing restrictions continued.

It said the move showed shoppers and residents the town was a safe place to visit.

The council, who backed the move a week ago, said it had taken into account representations of residents before drawing up the scheme.

Traders slammed the decision, calling for a U-turn saying it was made without any consultation and will deter shoppers at a time when customers are key to boosting Budleigh’s economy after the coronavirus lockdown forced businesses to close.

More than 45 businesses, and members of the public, have come out in support of scrapping the ‘unnecessary’ system, which would create temporary wider pavements for pedestrians through the use of barriers, one-way traffic, diversions and road closures.

East Devon News understands the petition to abandon the move has been signed by all but four Budleigh traders.

Essential shops allowed to stay open during the pandemic lockdown have also backed the scrapping of the one-way system.

He said shoppers had been seen safely using the existing pavements and called on the council to scrap the ‘crazy’ one-way system, fearing it will deter customers.

Mr Long said: “The town council has used public safety as the reason. We feel that everybody is managing perfectly well as it is.

“People have been using their common sense to get around without causing problems.

“A diversion and one-way system will put people off coming to Budleigh. It just seems unnecessary.

“Everybody is quite angry that the town council didn’t have a proper consultation with either the businesses or the residents.

“To introduce this just at a time when businesses are trying to reopen after the lockdown, when that’s obviously been financially difficult for all the businesses, it seems crazy.

“The big complaint is there wasn’t a proper consultation. The town council are meant to be representing the town but they seem to have done this off their own bat.” 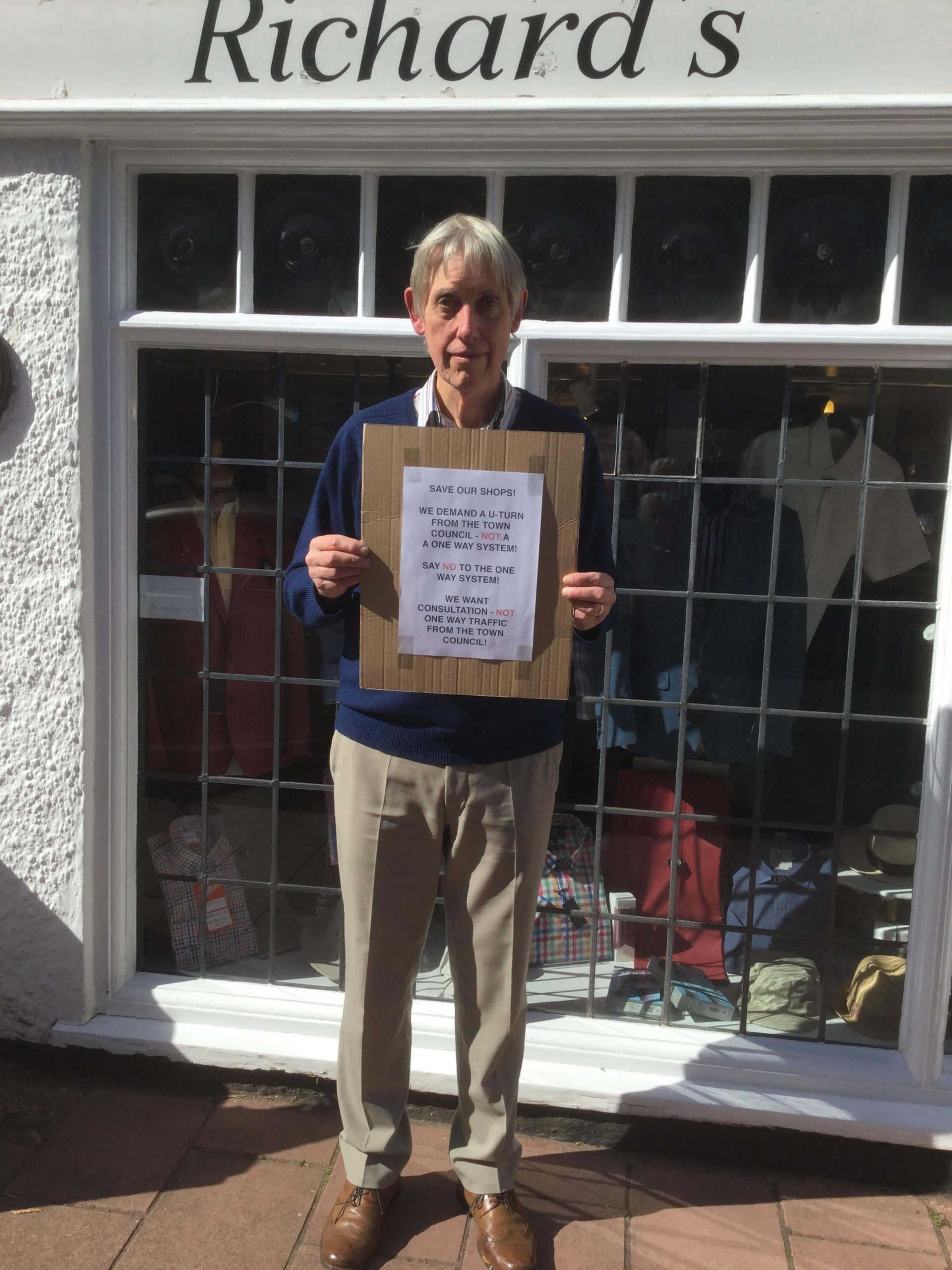 Richard Long with a poster highlighting the concerns of the majority of town’s traders to a one-way system being introduced because of Covid-19 social distancing.

The petition was handed to Devon County Councillor Christine Channon, who lives in Budleigh.

She said: “There has been a local uproar since traders and residents became aware of what exactly the town council were intending to do with regards to a one-way system in Budleigh High Street.

“The local traders consider that they have already lost business due to the Covid-19 lockdown and will lose out on the summer season.

“As local residents have become aware of what exactly has been proposed they too are signing up to protest.

“The town council now have to face up to the fact that their consultation regarding this scheme has been inadequate and so far, there has not been any realistic idea of the costs.” 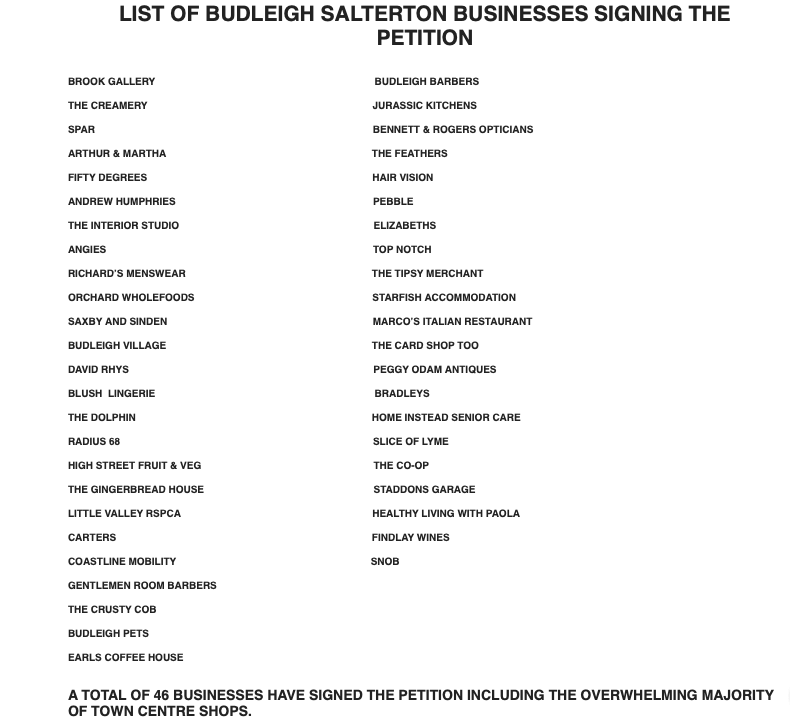 Mr and Mrs Long said Budleigh’s High Street ‘appears no less safe now than at any other time over the last twenty years’.

They said: “Anyone who observes the flow of traffic and pedestrians on a daily basis, as we do, might wish to challenge this assertion and ask what hard evidence there is to support it.

“As traders of long standing in the High Street, it appears no less safe now than at any other time over the last twenty years.

“We have not witnessed any recent difficulties for pedestrians with the existing pavement width and on street parking provision. It is more the lack of pedestrians and proper toilet facilities being open for them which should be of greater concern.

“We feel that the proposed one-way system is therefore trying to address a problem that does not exist and that it is likely to deter both residents and visitors from accessing the town and its amenities.”

They added: “We feel that this scheme has not been well thought through and will be detrimental to the prosperity and well-being of the town just at the time many businesses are desperately trying to recover from the adverse effects of the lockdown.

“We hope it is not too late to reconsider the introduction of this scheme.” 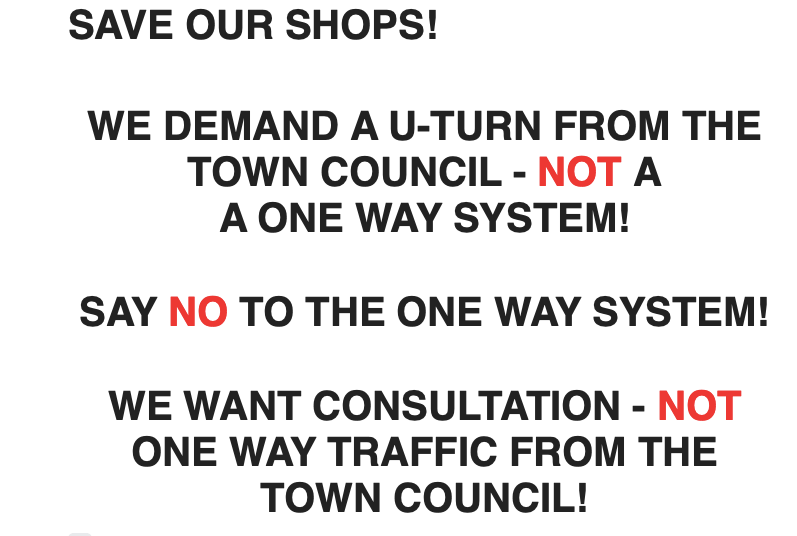 The campaign group’s petition poster can be seen in many shop windows around the town.

In a statement issued by Budleigh Salterton Town Council on the changes to the road layout, it said members had become aware of the issues encountered by pedestrians using the High Street.

The council said: “The width of the pavements means that to observe social distancing regulations pedestrians are having to walk into the road.

“This is, in turn, endangering both pedestrians and road users.

“The town council would like to encourage visitors and residents to use its High Street by showing that Budleigh Salterton is safe to visit whilst still allowing shoppers to follow social distancing restrictions.

“Members feel that by allowing more space for people to walk freely and browse, it will be a more enjoyable atmosphere, with a knock-on effect of helping the town’s traders.”

Former Budleigh mayor and town councillor, Courtney Richards joined traders in calling for a rethink of the one-way system.

He said the town council should take public opinion into account before going ahead.

In a letter to Devon County Council to oppose the move Mr Richards outlined the ‘tremendous negative impact’ the one-way system would have on the town centre.

He said: “As long-time residents we have seen the High Street struggle to survive.

“In recent times the closure of West Hill seriously impacted businesses. Just as they were recovering, along came Covid-19 to impact them again.

“Now, just as the restrictions on business are relaxed, the town council has seen fit to endorse a scheme which will again seriously impact businesses.” 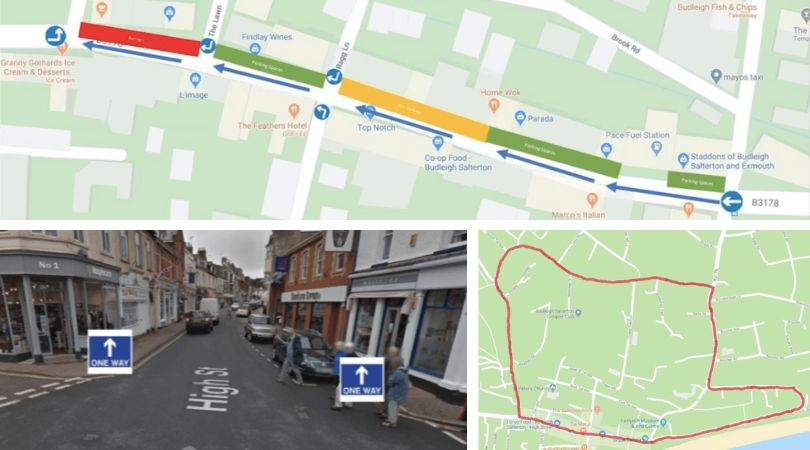 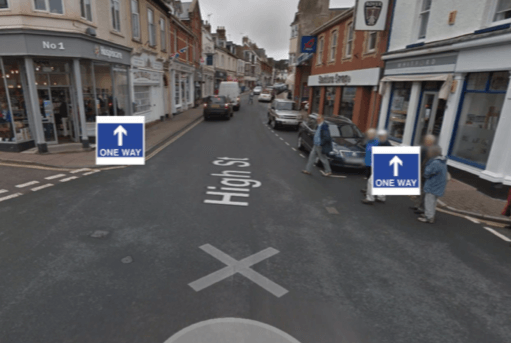 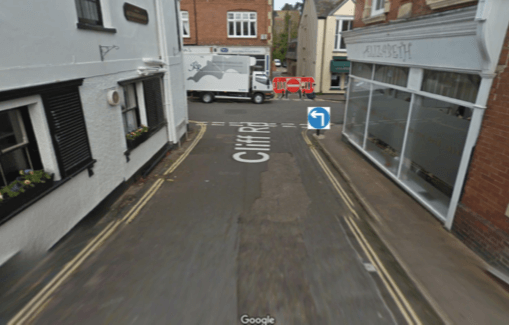 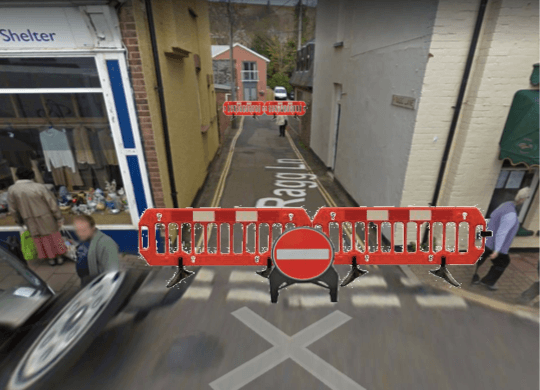 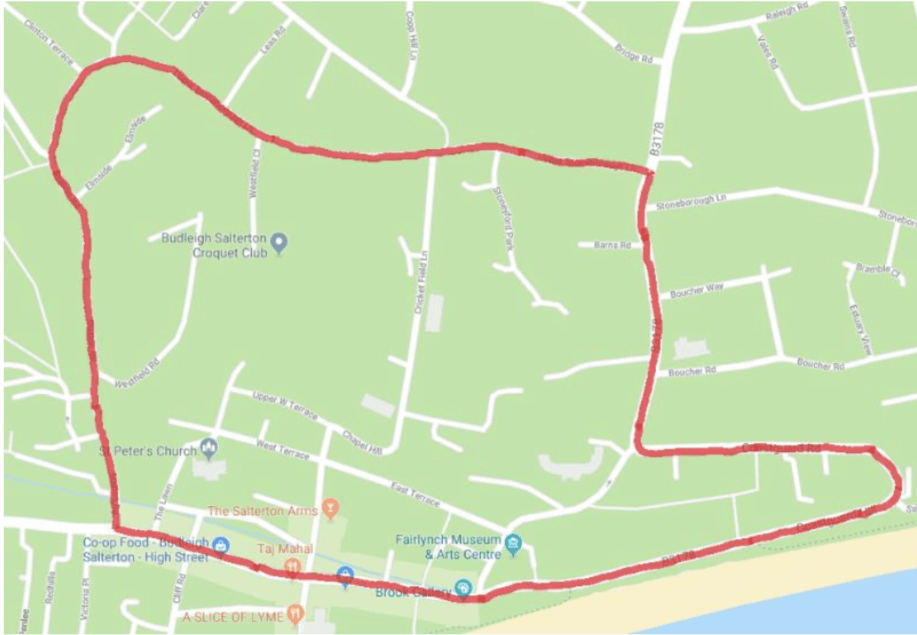