Thursday, October 28
Trending
You are at:Home»News»Exmouth»Arson investigation launched over fire at Exmouth tearooms as police say blaze ‘was started in bin area’

A suspicious fire at a popular Exmouth tearooms was started in a bin area next to the building, say police investigating an act of arson.

Bumble and Bee, in Manor Gardens, remained cordoned-off today (Wednesday, July 8) after the blaze in the early hours.

Firefighters were called to Alexandra Terrace shortly after 3am and found smoke and flames coming from the premises.

The building’s roof was partially destroyed.

A Devon and Cornwall Police spokesperson said this morning: “Police are investigating a suspicious fire at an Exmouth café in the early hours of today [8 July].

“A fire was started within a bin area next to Bumble and Bee café in Manor Gardens around 3am.
“The blaze spread to the café and caused extensive damage. 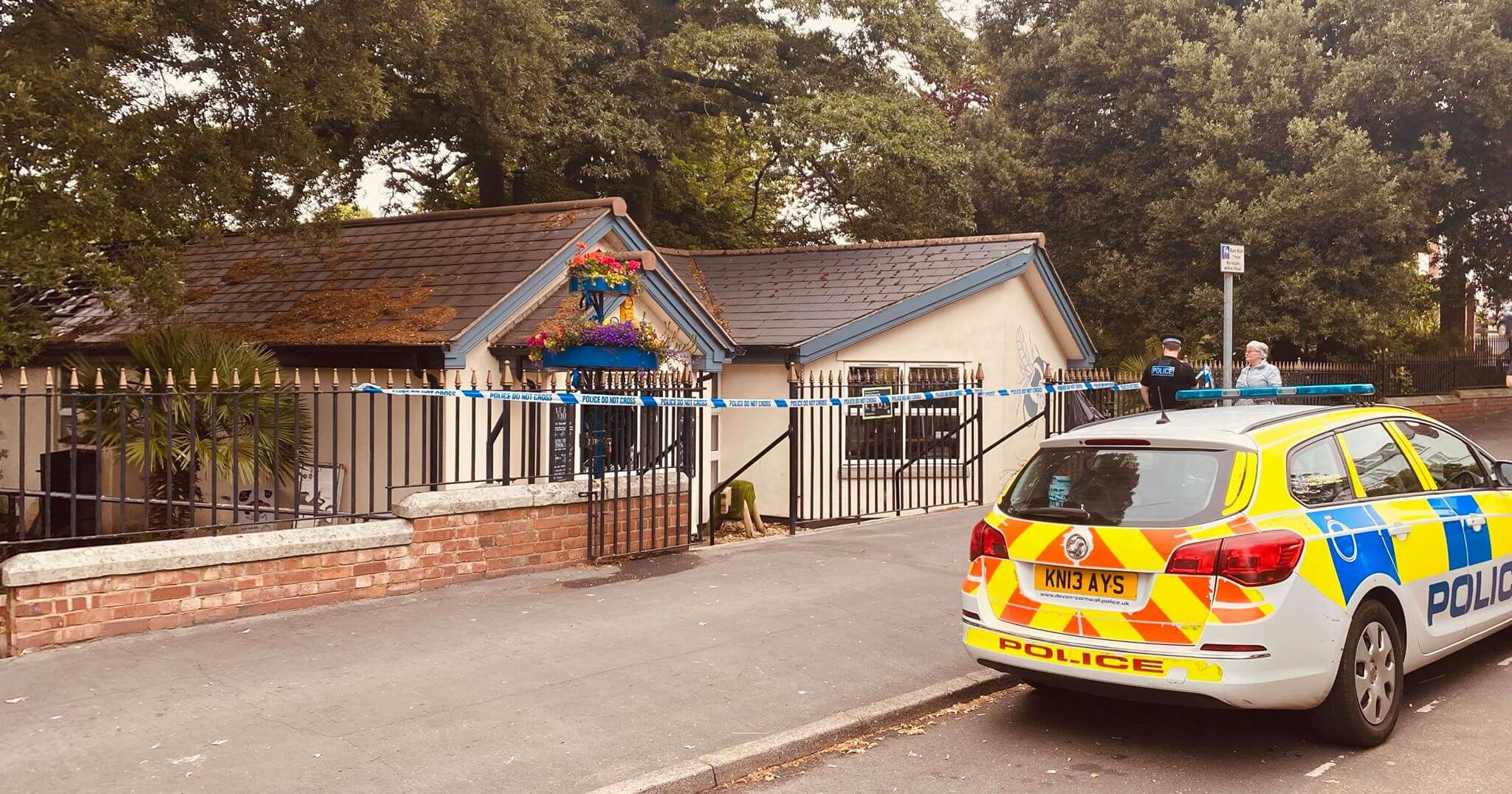 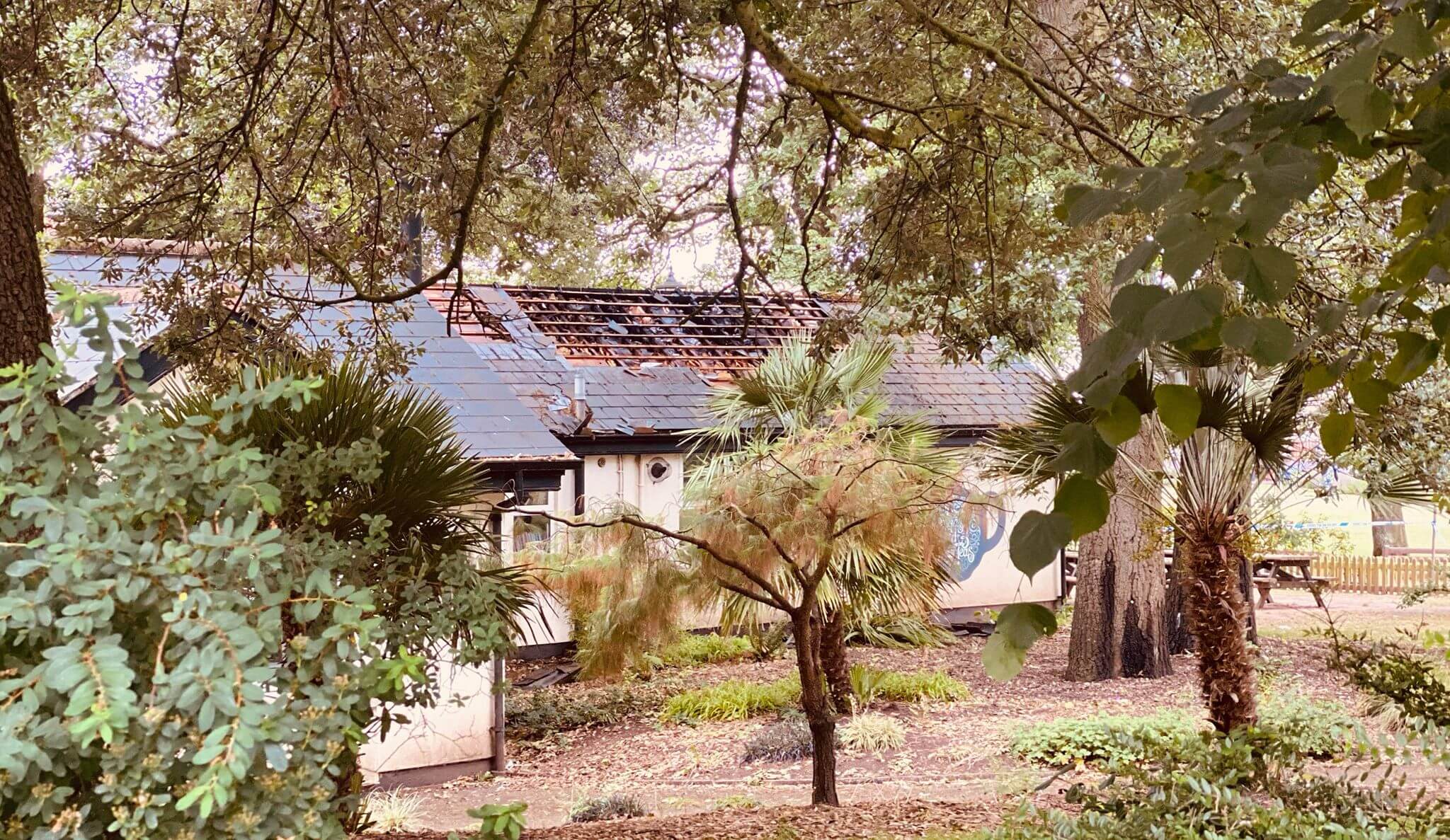 Half of the tearoom roof was destroyed by fire.
Photo: Darrell Trigs.

“Police are treating the incident as arson and a joint-investigation is being conducted with the fire service.

“Scene of crime officers and CID are due to attend the property this morning. A scene guard remains in place.

“Anyone who saw or heard anything suspicious around the time of the incident is asked to contact police via 101@dc.police.uk or by telephone on 101, quoting crime reference CR/054621/20.” 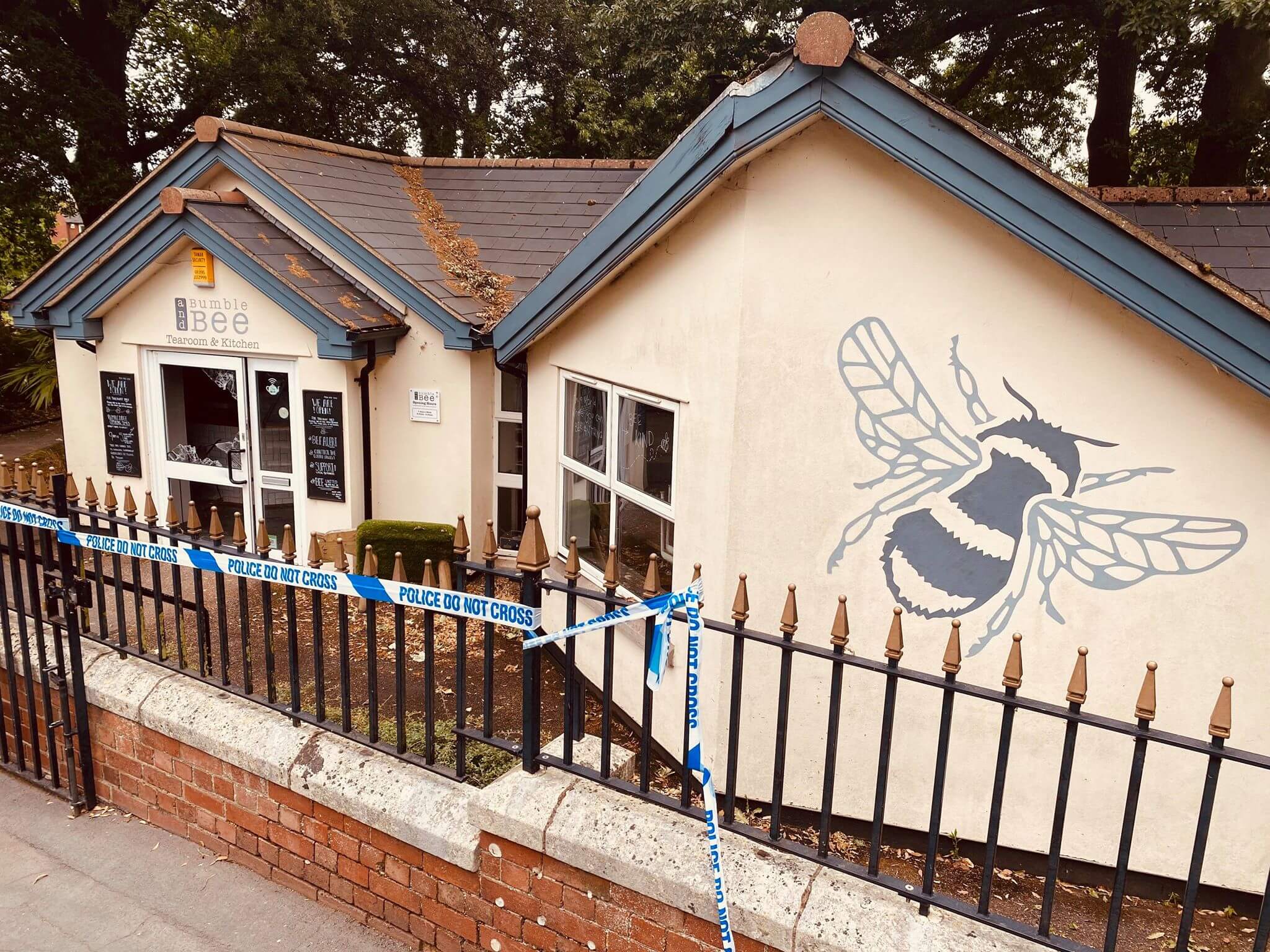 Police are the fire service are investigating the cause of the blaze.
Photos: Darrell Trigs.

By around 5am, after the flames were extinguished, the crews were scaled back and one fire appliance remained.

After the alert was raised Devon and Somerset Fire and Rescue Service sent two fire engines from Exmouth, one from Middlemoor, and an aerial ladder platform from Danes Castle.

When the first crews confirmed smoke and flames were coming from the building, a request was made for further fire help and crews from Topsham and Sidmouth arrived, along with the command support unit from Honiton and incident support unit from Bovey Tracey.