Sunday, May 16
Trending
You are at:Home»News»Budleigh Salterton»PHOTOS: Hundreds of rusty nails posing risk to bare feet and dog paws found among pebbles on Budleigh beach

Hundreds of rusty nails capable of piercing a bare foot or dog’s paw were picked up by volunteers clearing rubbish from Budleigh Salterton beach.

The clean-up group returned to the coast for the first time since the coronavirus lockdown and were ‘devastated’ to find barbecue debris, melted metal and glass, long rusty nails and metal staples hidden among pebbles.

The Clean Beach Budleigh Salterton group picked up more than a kilogram of broken glass in addition to more than 2kg of nails from five fire pits.

She said this time volunteers had discovered hidden fire pits and used barbecues beneath the pebbles.

Marta urged beach users to leave the area as they would like to find it and dispose of rubbish properly.

She said she believed the rusty nails and metal staples were left over from people bringing wooden crates, pallets and old furniture to burn on the beach as fire pits and barbecues.

Fires lit among the pebbles caused the stones to shatter when they reached a certain temperature, leaving sharp shards, she said. 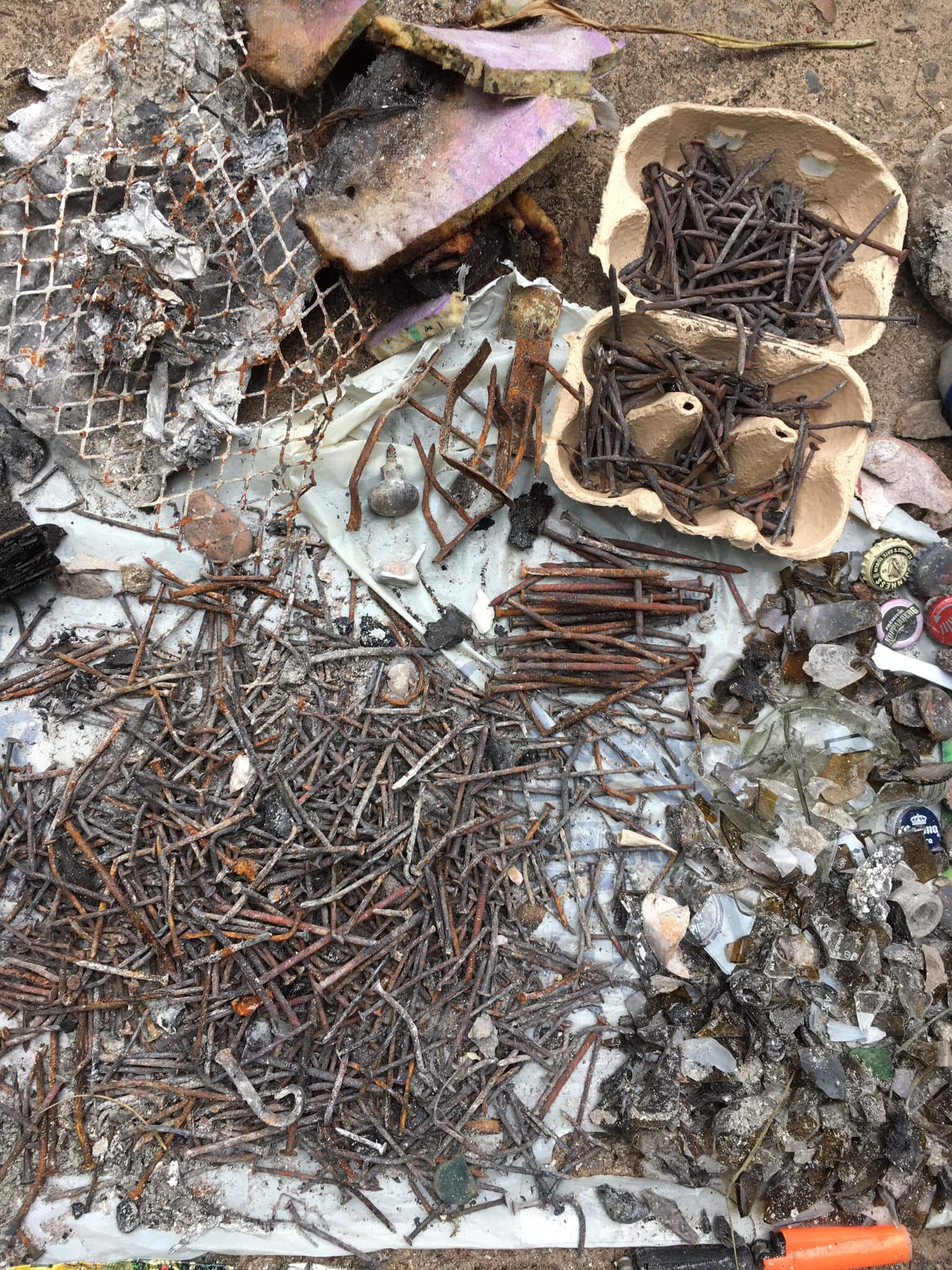 Some of the rusty nails and debris picked up by volunteers.
Photos: Beach Clean Budleigh Salterton. 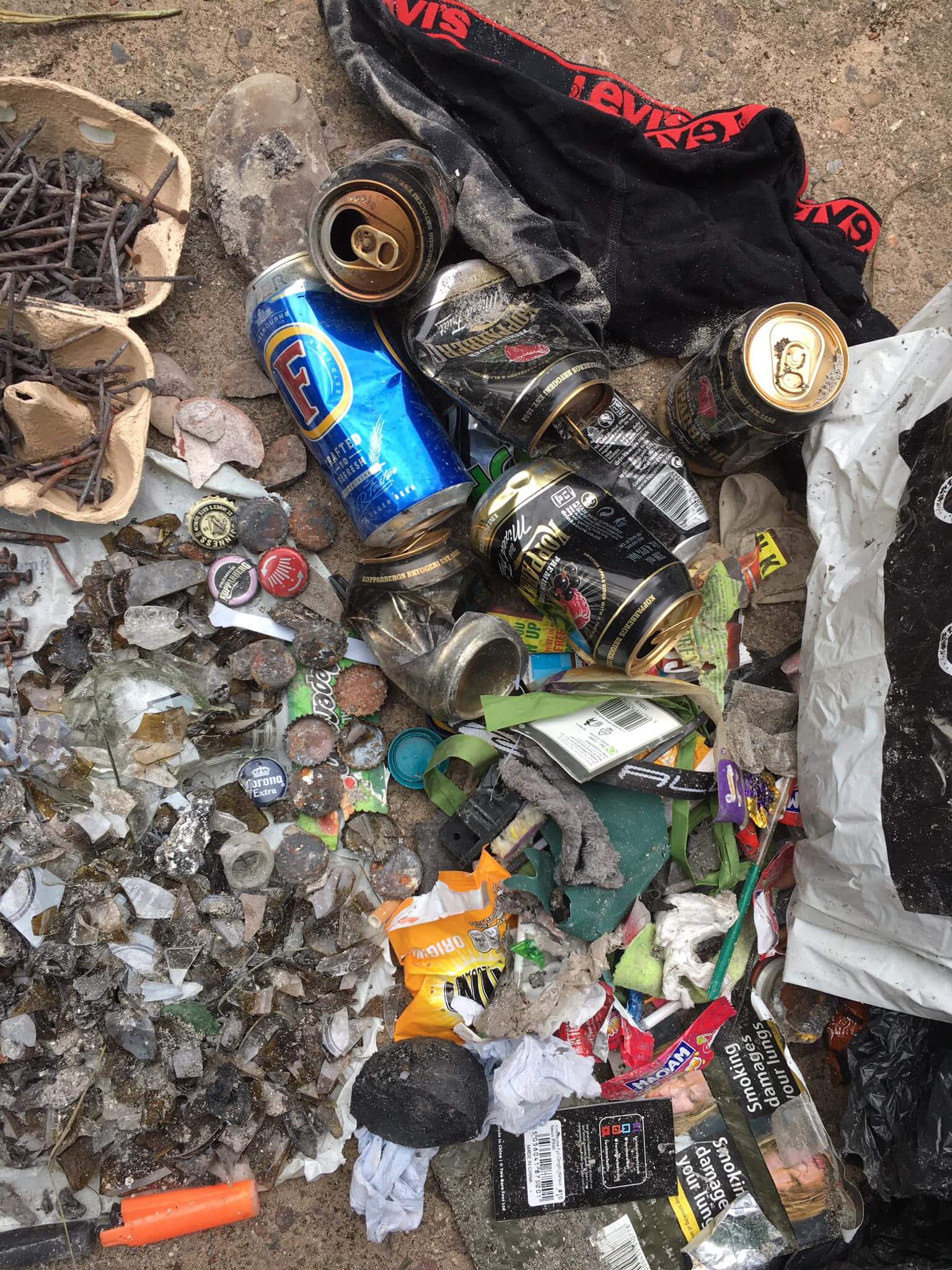 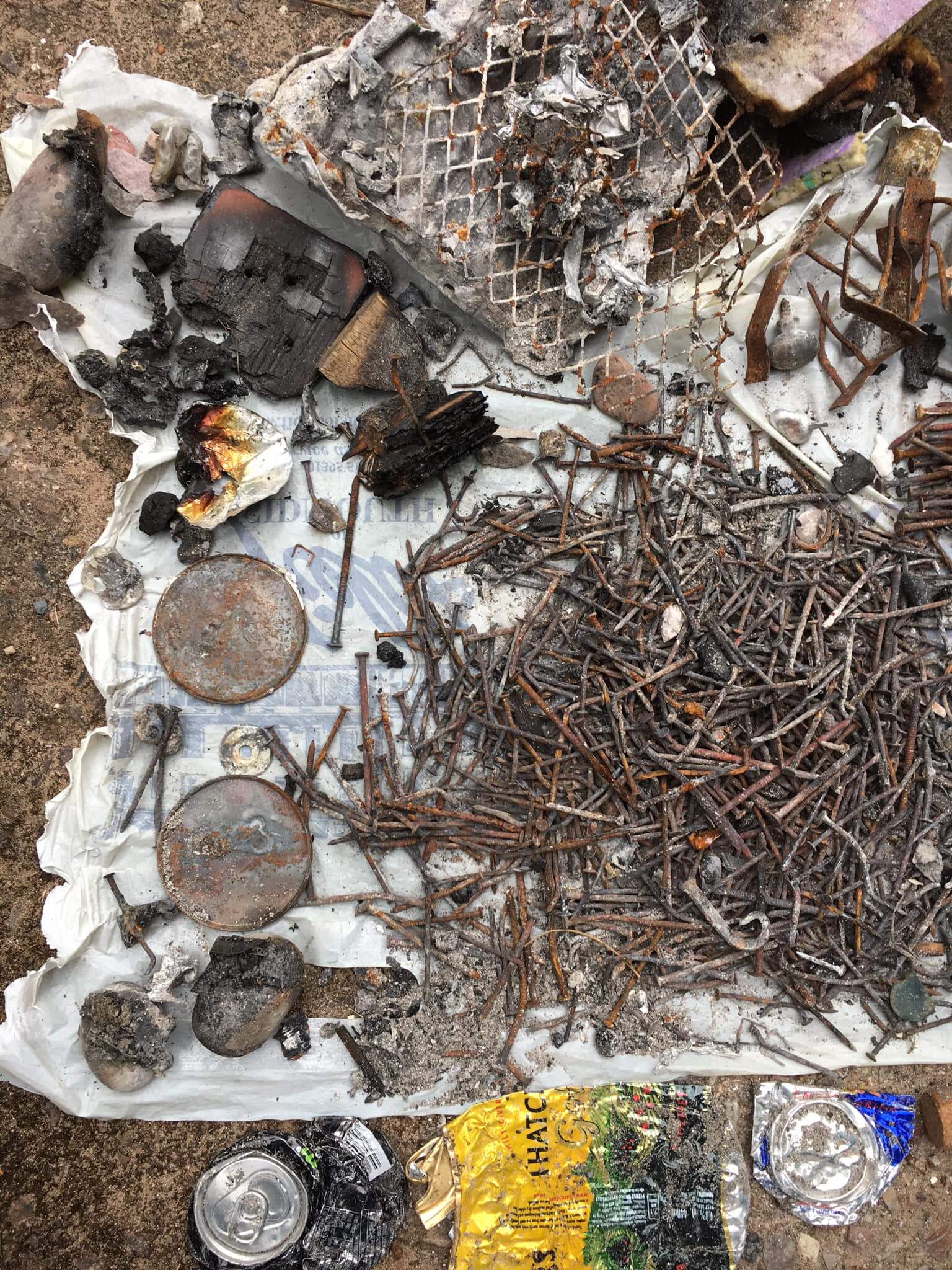 Marta said: “We were devastated by what we found. We found several fire pits remaining from barbecues on the beach.

“Most of them had been loosely covered with a few clean pebbles thereby obscuring what was underneath and making the hazard below even harder to see.

“Once we removed the pebbles, we could see what was below – there were long rusty nails plus a great many pieces of broken glass.

“It took us ages to collect them. It was very dangerous because nails were pointing in all directions. It would have been very easy to stand on them, and for the nails to push through the sole of a shoe, sandal or flip-flop.

“It is easy to imagine what could happened to a bare foot – whether that of an adult, a child or a dog.

“Such metals and glass remain hidden in the surface of the beach unless someone bothers to pick them up.”

The beach clean volunteers were reduced in numbers because of social distancing rules.

The amount of hazardous rubbish to pick up restricted the group to a 100-metre length of the beach, where they spent an hour-and-a-half clearing.

Usually volunteers spend around an hour collecting debris, and cover a 500-metre stretch of pebbles, from the Lime Kiln car park to the Otter Head, with parallel lines of helpers stretched out across the beach.

Marta, who set up the group two years ago, said: “I know these are difficult and weird times for all of us, but the increase of these beach fires doesn´t match with having a conscious mind.

“The current situation can teach us to appreciate more of what we have in life and how lucky we are.

“We can respect all that life offers us here – people and wildlife.

Winter tides often washed up large pieces of wood from footpaths and fences, the group said. 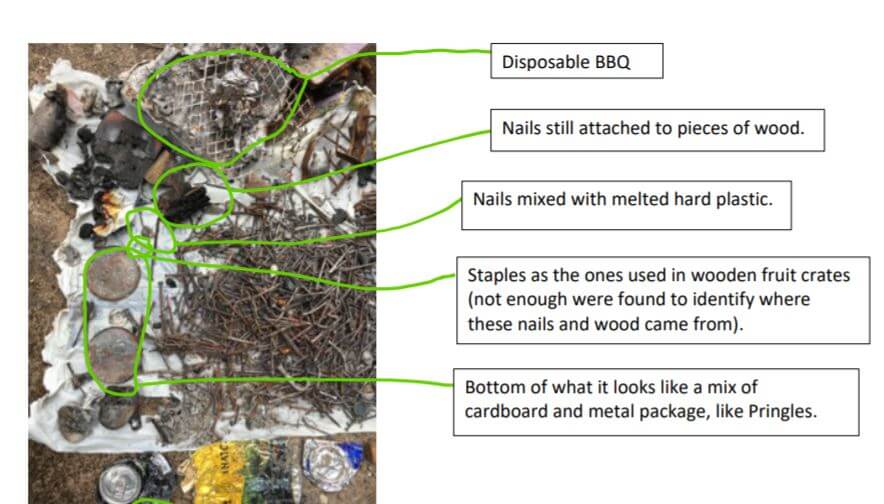 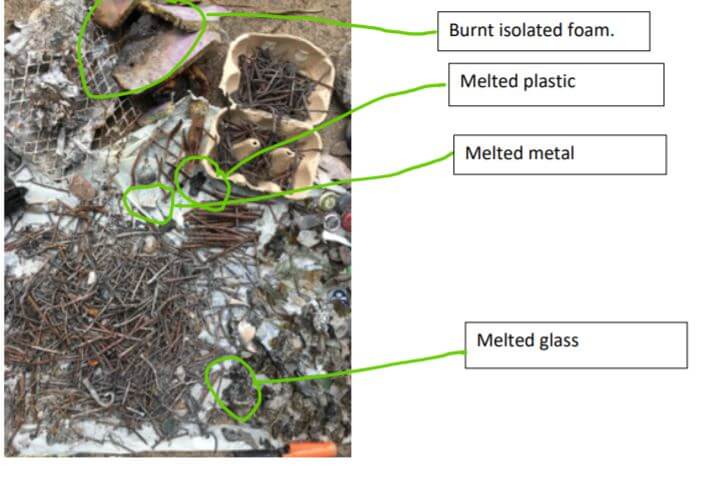 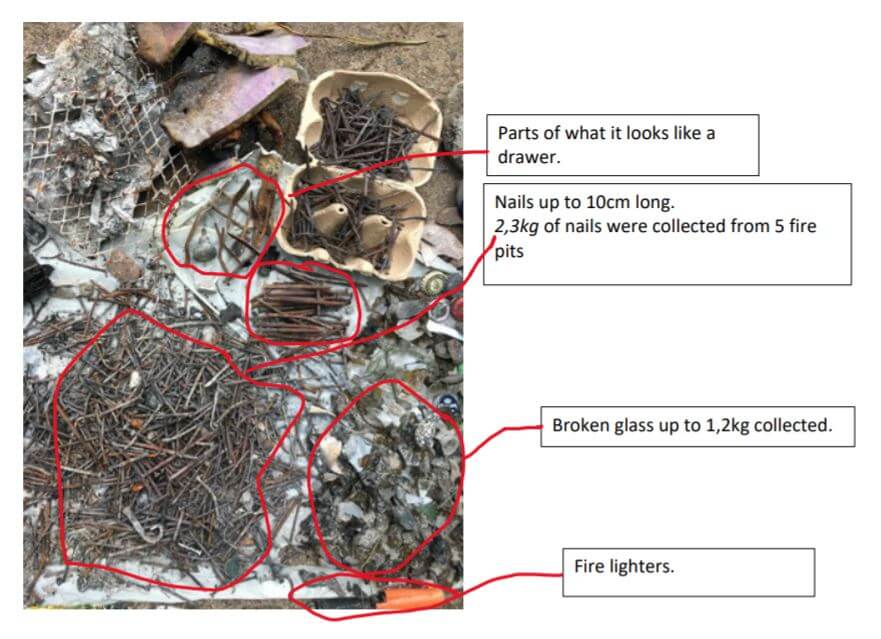