Sunday, May 16
Trending
You are at:Home»News»East Devon»Woodbury Common fire ‘fortunate’ not to spread, say crews who tackled the blaze

Fire crews who tackled a blaze on Woodbury Common say it was ‘fortunate’ not to spread, prompting safety warnings to be issued.

Crews from Sidmouth, Exmouth and Middlemoor fire stations tackled the blaze at Hawkerland on Monday, June 29, where a fire was reported by the roadside.

Crews tackling the blaze warned against taking disposable barbecues into the countryside or beach and urged people to discard of cigarettes and litter responsibly.

A Sidmouth fire station spokesman said: “The fire was located by the road side and measured approximately ten by three metres.

“The fire was extinguished using high pressure hose reels and covered with a blanket of compressed air foam.

“This was very fortunate not to spread rapidly. Luckily the position by the road and wind direction helped contain the blaze.”

“Never throw cigarette ends out of a car window – they could start a fire and ruin surrounding countryside.

“Don’t leave bottles or glass in woodlands. Sunlight shining through glass can start a fire. Take them home or put them in a waste or recycling bin.”

Devon and Somerset Fire and Rescue Service urged anyone discovering a fire not to investigate, but to quickly leave the area, call 999 and do not return until crews say it is safe. 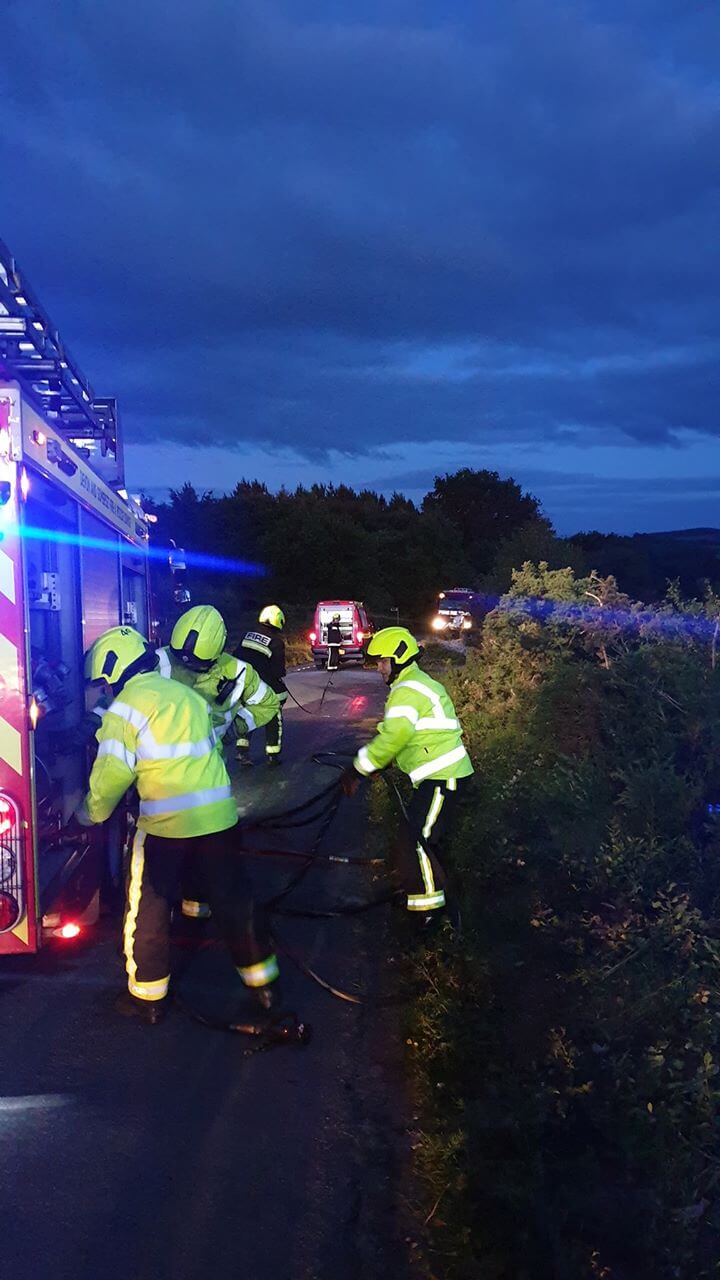 The fire at Woodbury Common prompted safety messages to be issued by crews tackling the blaze.
Photo: Sidmouth Fire Station. 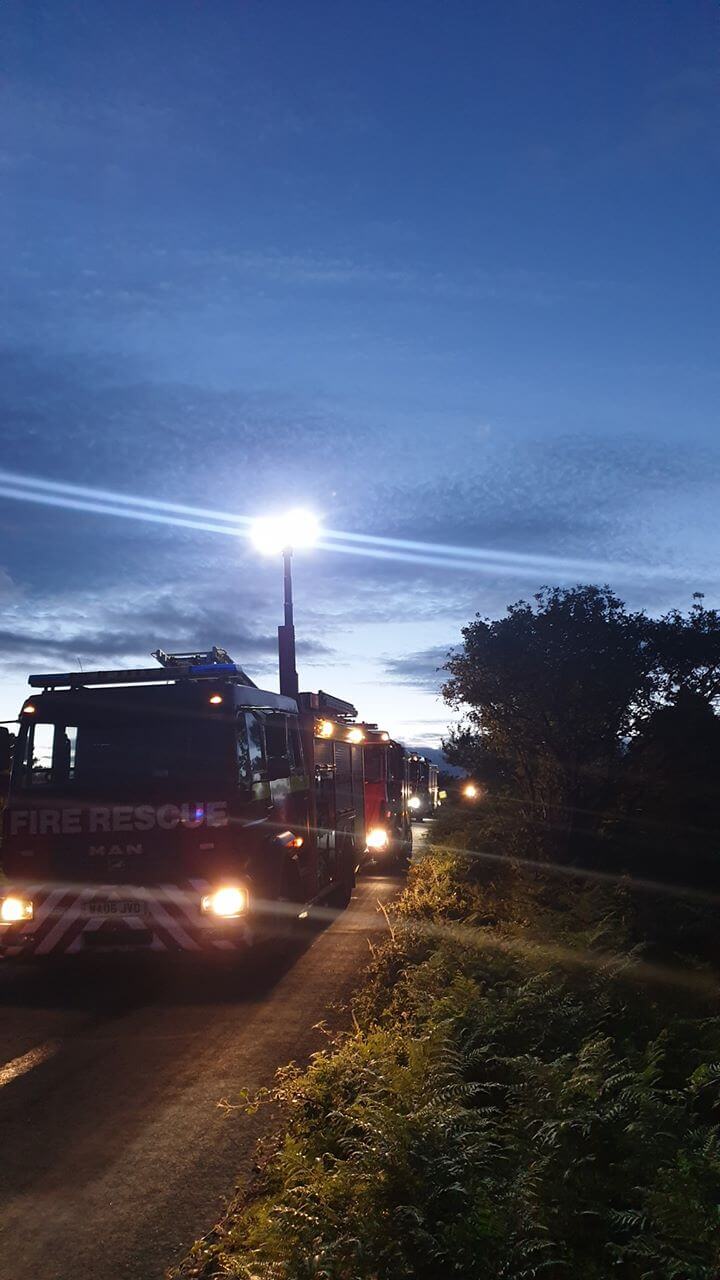 The fire was reported at the side of the road on Woodbury Common.
Photo: Sidmouth Fire Station.