Rare footage of pod of ‘show off’ dolphins was last week filmed by an Exmouth man and his partner when they jet-skied off Dawlish.

Andrew Mann, 56, and his partner Anna Reichel, 45, spotted the pod of around 20 dolphins in the distance and took this video when the mammals turned to follow alongside the jet-ski for around half an hour.

The couple, who were jet-skiing a mile off between Dawlish and Teignmouth when they were joined by the dolphins, said they had been amazed at the animals’ antics.

Andrew, of Manchester Street, Exmouth, who controlled the jet-ski while Anna filmed, said: “It was a lovely video we got. It’s quite rare to see them that close. There was a pod of about twenty.

“We were on a jet-ski and we saw them in the distance. They must have seen us and turned around. They played for about twenty to thirty-five minutes. They were showing of in front of us.

“We have seen them in the distance before but they have never come that close.

“They were turning on their side and we could see them looking up at us.

“It was amazing – absolutely amazing. They were jumping up and down and in front of us and showing off at the same time.” 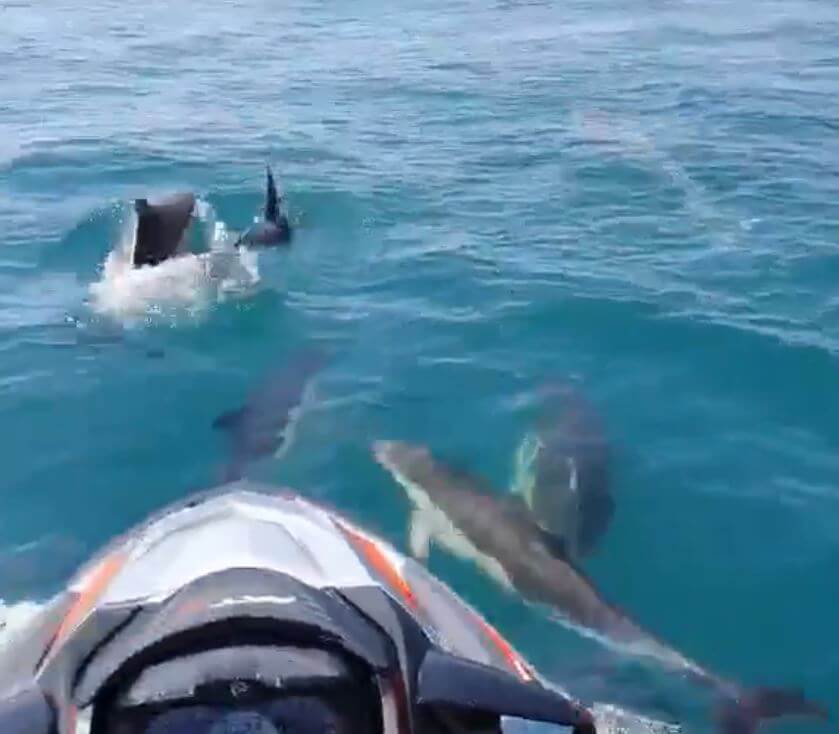 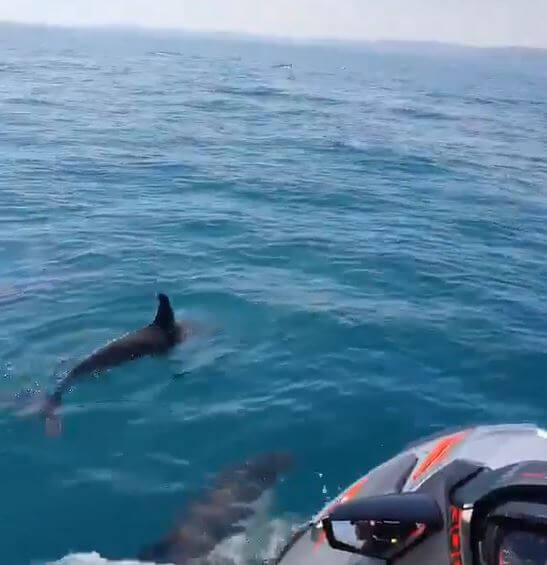 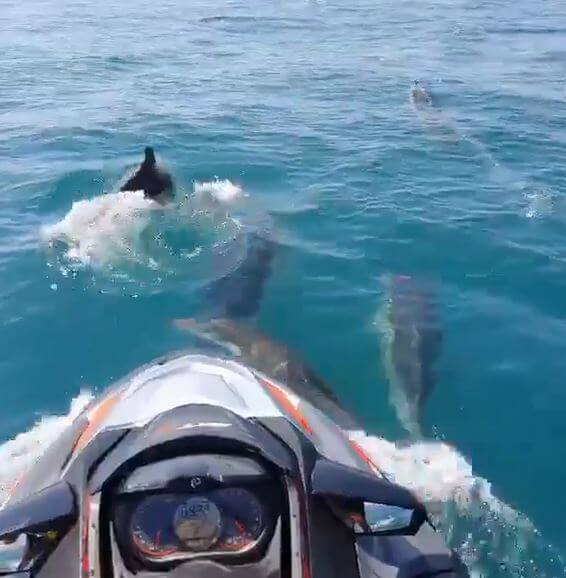