Saturday, August 15
Trending
You are at:Home»News»Exeter»Shoots of success for new community woodland planted in Exeter before lockdown

A community woodland planted in Exeter by volunteers before the coronavirus lockdown has begun to thrive.

In early March volunteers helped plant 1,500 trees at Ridgeline Park, in Pinhoe, in a bid to help Exeter City Council achieve its target of reaching 30 per cent canopy cover by 2040.

The woodland site was recently adopted by the city council from a developer in a bid to give green space to the community.

Some 32 volunteers including the leader of the council, Phil Bialyk, and Cllr David Harvey, lead councillor for environment and city management, helped plant a mix of Oak, Spindle, Rowan, Hazel and Scot’s Pine.

The planting session was supported by the Trees for Cities charity.

The council said the young whips were already showing signs of growth. Some were emerging from their protective casings and displaying vibrant green leaves.

After an inspection of the newly-planted trees, the failure rate was found to be eight per cent, which the council said was ‘good’. 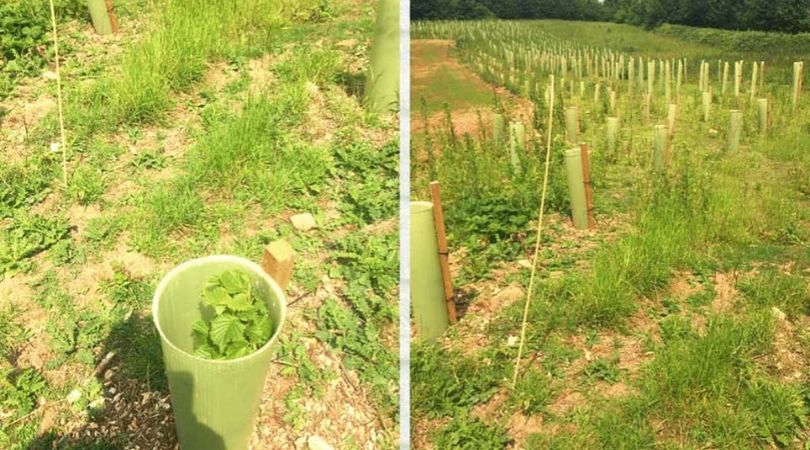 Cllr David Harvey said: “It’s encouraging to see that whilst everyone has been in lockdown, these trees have been taking their first steps of growth and in no time at all we will soon have a community woodland for everyone to enjoy.”

He added: “Trees not only benefit the environment and also provide valuable habitats for wildlife and bio diversity, they also deliver recognised benefits to mental health and wellbeing.”

A 2018 I-tree Canopy Cover Assessment found Exeter’s canopy cover was 24.5 per cent, which is above average for UK towns and cities.

Exeter City Council said it has set itself an ‘ambitious target’ of reaching 30 per cent canopy cover by 2040.

An Exeter City Council spokesman said: “In order to reach this target there needs to be a concerted effort from the council as well as other land owners within the city, to not only look after existing trees, but also to increase tree planting where there is the opportunity to do so.”