Wednesday, March 3
Trending
You are at:Home»News»Sidmouth»Sidbury»Search steps up near Sidbury for lost dog Laddie as owners appeal for drone help

The owners of a lost dog last seen near Sidbury are appealing for help from drone operators to join in the search for their much-loved pet.

Rough collie Laddie has been missing for three weeks and his owners, Karen, 62, and Mick, 71, want to step up the search with eyes in the sky, in the hope they can locate their pet and bring him home.

The two most recent sightings of Laddie have been near Sidbury, prompting Laddie’s owners to appeal for volunteers with drones to get in touch, to send up an aerial search whenever the dog is spotted out in the open.

Karen, from Willand, said: “We would like to hear from someone who is willing to help with a drone so we can fly over the fields and perhaps scan the area with it. They might be able to spot him.

“Someone that might be happy to come out more than once. Someone that would have the time.

“I just want him to be found safe so he can come back home and be showered with lots of love, like he was before. He’s part of the family.”

She added: “I don’t think a drone will frighten him. We have got try something.

“I don’t know how he’s surviving. He must have managed to find water from a stream.” 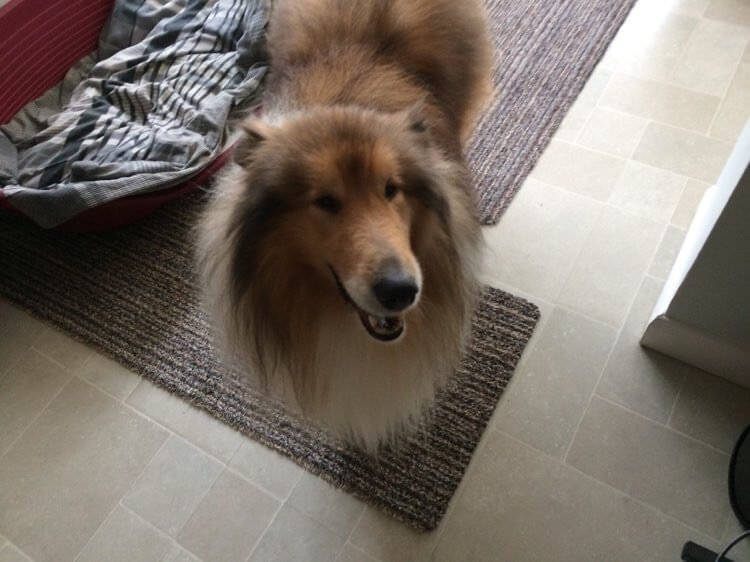 Laddie, seen here at home before he went missing, has been spotted in the Sidbury area of East Devon. 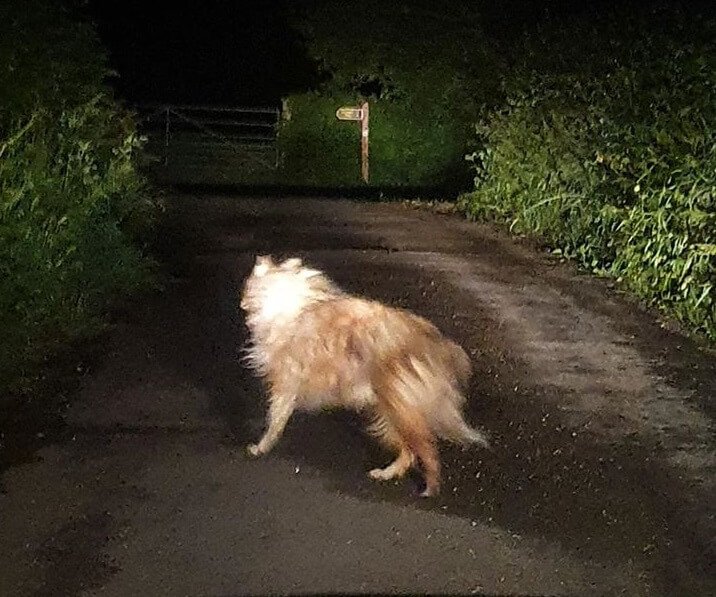 A motorist took this photo of Laddie in the early hours of Sunday morning, June 14, in the Sidbury area.
Photo: with permission.

Karen and Mick rehomed Laddie ten weeks earlier from Southern Ireland, introducing him to their five other dogs at their home in Willand.

Karen said the worry for their dog’s welfare and safety has made her husband ‘really poorly’.

Laddie ran away from the Cullompton area three weeks ago after giving a dog groomer the slip, in what his owners say was an ‘accident’.

A feeding station was initially set up for Laddie in the area he was last seen, but he moved off after the first week.

Since then the four-and-a-half-year-old rough collie has made his way over to the East Devon area, via Dunkeswell and Ottery St Mary, to reach Sidbury.

He was last seen at 7.30am on Sunday morning, June 14, by a dog walker near Paccombe Donkey Farm in fields towards Harcombe Wood, at Sidbury.

It is thought the dog was heading east in the direction of Blackbury Camp.

Laddie’s owners said the dog must not be approached or called, because he has gone into flight or fight mode and will only run further through fear.

Karen said the dog, although ‘in feral mode’, was not dangerous and would be concerned with feeling safe, finding food, shelter and water.

The couple are on alert to take calls 24-hours a day for any sightings of their much-loved pet, ready to immediately search the area. 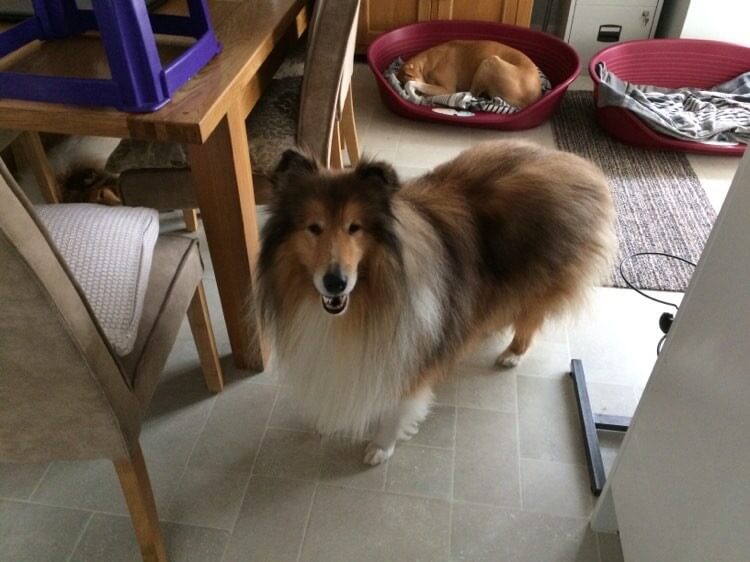 Rough collie Laddie has been missing for three weeks.

Karen said Laddie had recently approached a dog walker near Sidbury but run off when the man tried to touch him.

“He walked along with him for a while,” said Karen. “When the guy put his hand out to him, Laddie turned around and scarpered. It looks as though he might be looking for a little bit of companionship.

“We have been told not to try and catch him or call him, or he will run even further afield. He’s in feral mode at the moment. That’s why we have got to be cautious.”