Sunday, May 16
Trending
You are at:Home»News»East Devon»PHOTOS: Blaze in woodland at Upottery prompts East Devon firefighters to issue bonfire warning

Firefighters from Honiton and Colyton tackled a blaze in East Devon woodland after a bonfire spread, prompting the crews to remind the public not to light fires during lockdown.

Crews from Honiton, Chard, Colyton, Tiverton, and the water bowser from Danes Castle, Exeter, were called to an area of woodland in the Upottery area, East Devon, on Tuesday, June 2, to stop any further spread.

Devon and Somerset Fire and Rescue Service (DSFRS) has urged the public to compost rubbish as an alternative to lighting bonfires during the coronavirus lockdown, in a bid to avoid callouts by crews.

A fire spokesman said: “Crews attended large woodland which had become involved in fire after a bonfire spread up the bank.

“Hard graft by all three crews enabled us to stop any further fire spread.”

They added: “The fire was in the Upottery area. The initial crew was from Honiton.

“We made pumps three so a second appliance from Honiton and one from Chard attended.

“Relief crews included Colyton and Tiverton, and a water bowser from Exeter.” 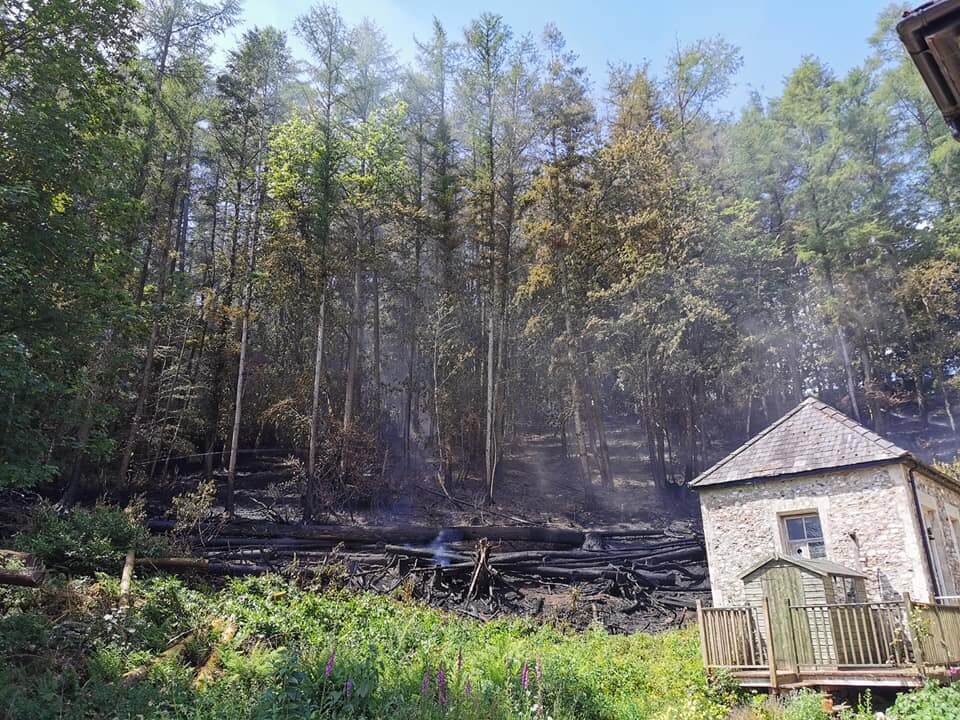 A bonfire spread up a bank near woodland in Upottery. Photos: Honiton Fire Station. 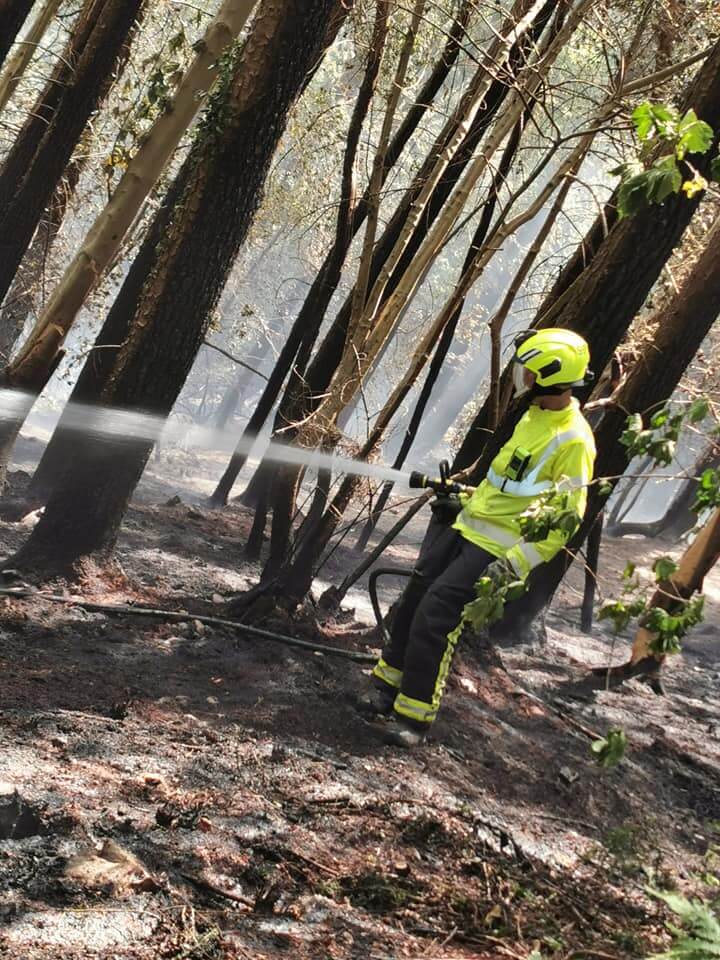 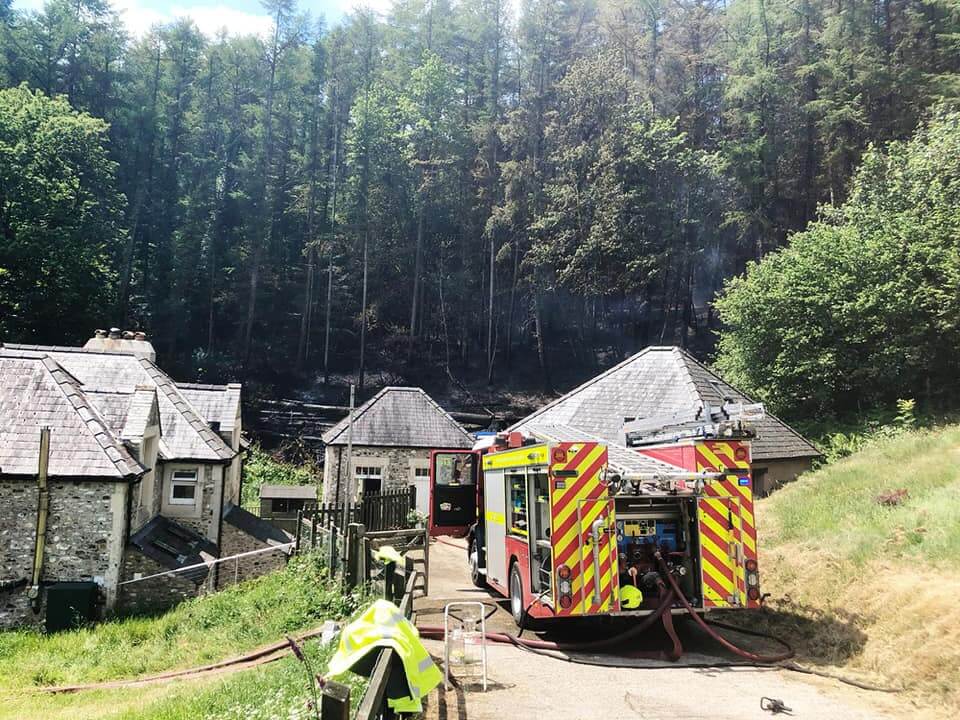 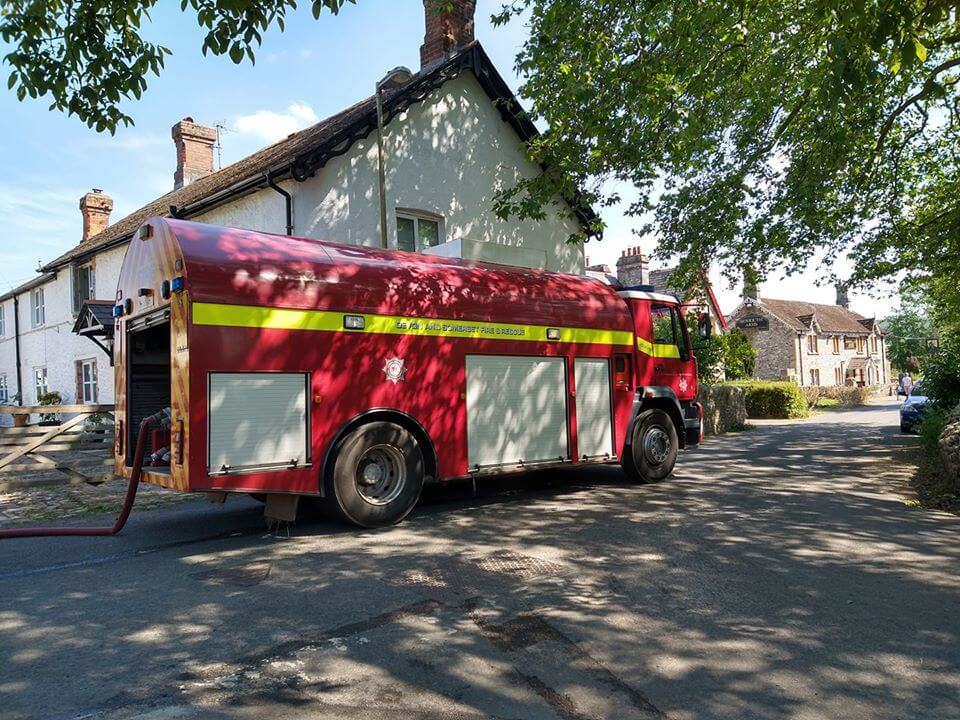 DSFRS outdoor safety advice includes: stay with your bonfire at all times and keep a bucket of water or hose nearby in case the fire spreads and goes out of control.

A fire service spokesperson said: “This is so we can check in with you if we receive any 999 calls reporting a fire in the same area.

“This stops us from sending firefighters out to bonfires when they’re not needed.”

The spokesperson added: “Make sure the fire is completely out before you leave it.

“Once the bonfire is finishing, spray it with water to stop it restarting. The embers can stay hot for a long time so make sure it’s cool before you leave it unattended.”