Sunday, July 5
Trending
You are at:Home»News»East Devon»Axminster»Axminster teenager to follow in footsteps of film stars at top performing arts school

A teenage dancer from Axminster is to follow in the footsteps of film stars Lily James, Daisy Ridley and Thandie Newton after landing a place at a top performing arts school.

Katy Roy, aged 16, will study dance at Tring Park School for the Performing Arts, in Hertfordshire, whose past students include Lily James, who starred in Disney’s Cinderella, and Mamma Mia 2! Here We Go Again, Daisy Ridley, known for her roles in Star Wars: The Force Awakens, the Last Jedi and Murder on the Orient Express, and Thandie Newton, star of Crash, Mission: Impossible II; Westworld; and Line of Duty.

Katy said: “I am delighted and very excited to have gained the opportunity to train at such a fantastic school and am proud of all the hard work I put into my training in order to gain one of the very few places.

“Living in Devon has made it hard to come by opportunities in the industry as I live far away from the big cities and cannot travel frequently, so to achieve something like this is quite rare and I am proud that both my parents, dance teachers and my own hard work has paid off.”

From the age of six, she performed with her local dance schools and drama club in musicals and plays.

At the age of eight Katy, who currently goes to Woodroffe School, in Lyme Regis,  began graded ballet exams with the Royal Academy of Dance at the Lyme School of Ballet. She also trains in Exeter at Dansci Dance studios.

Her mum, Madeleine, said: “We are very excited for Katy to be at Tring and obviously proud of what she has achieved through sheer hard work and a focused determined attitude. She deserves it.

“If you had asked eighteen months ago if I thought she would be attending the top performing arts school I would have not believed it, but here we are, and as so much hard work and talent has gone into getting one of the few places, we felt that we should support her by making financial sacrifices so she could accept the offer.” 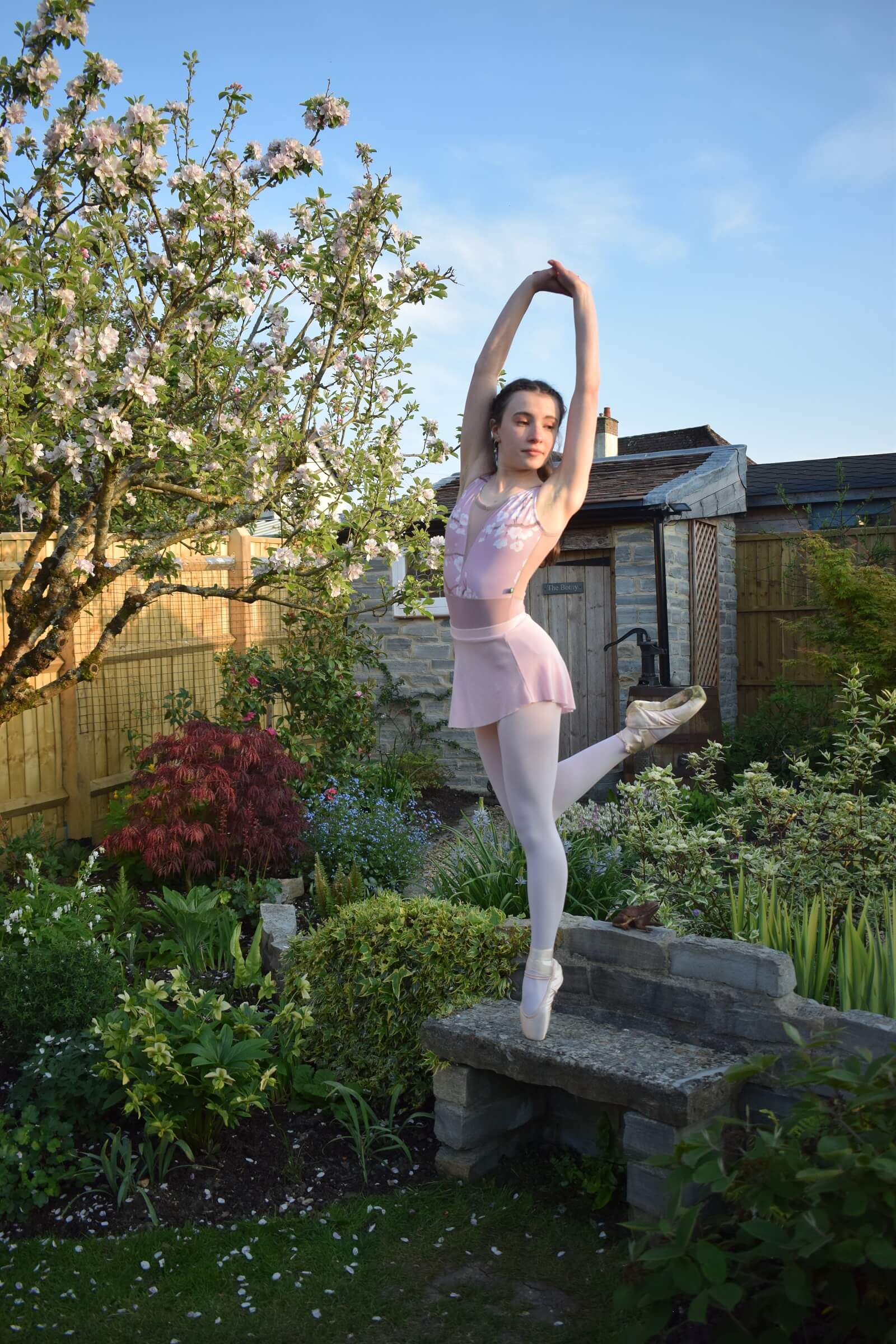 Katy will be walking the same corridors as former students Jessica Brown-Findlay – Sybil in Downton Abbey, former X Factor star Ella Henderson, and director and choreographer Drew McOnie. He won the 2016 Olivier Award for Best Theatre Choreographer for his work on In the Heights, directed Baz Luhrmann’s Strictly Ballroom in the West End, and King Kong on Broadway.

The school is for day and boarding students from the age of eight years old, offering courses in dance, acting and musical theatre, plus academic subjects.

Dancers can take a three-year course, graduating at the age of 19.