A horse owner has praised the East Devon firefighters who saved her animal’s life, rescuing the mare after she sank into a muck heap on a farm in Axmouth.

Irish cob Gemma was saved by firefighters from Exmouth, Seaton and Exeter on Tuesday evening, June 2, hoisting her free after she broke through an electric fence, climbed onto an old muck heap, sank and got stuck.

Seconds after she was rescued, the unscathed 15-year-old mare began eating grass and later was reunited with her field mates.

Owner Natalie Bucklar, who cried with relief after the horse was freed, praised the ‘brilliant’  East Devon fire crews and vet, saying she owed them ‘a huge debt of gratitude’.

She said: “It was truly amazing and they were so mindful of Gemma. We would never have got her out without their help.

“It’s a huge relief that she got out safely. The fire service and vet were truly brilliant at their jobs.” 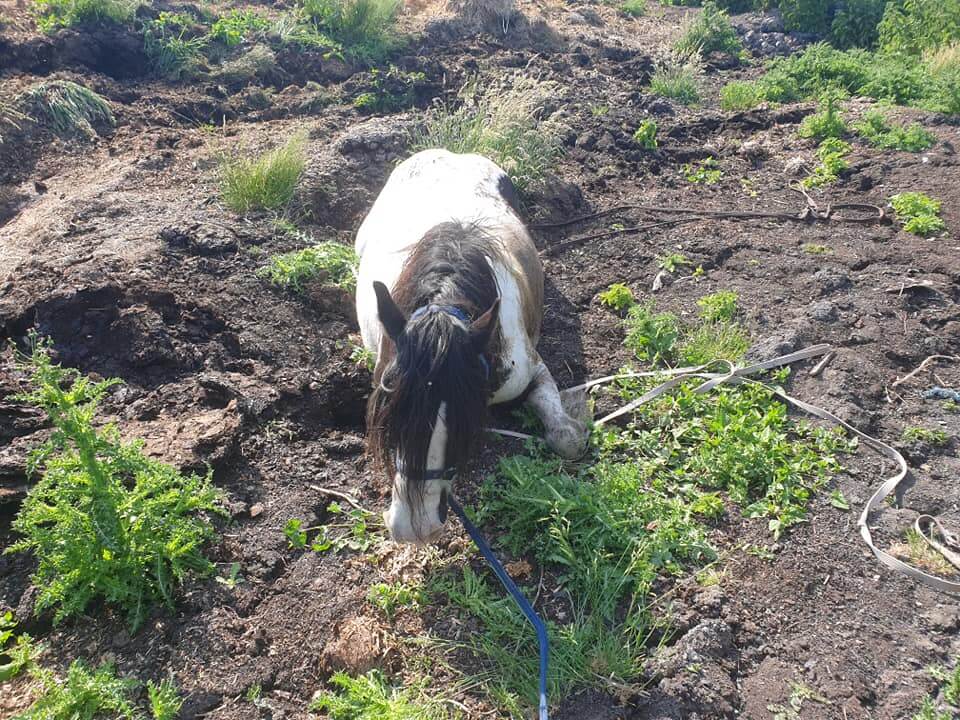 Gemma was stuck in the old muck heap after breaking through an electric fence, and sinking. Photos: Natalie Bucklar. 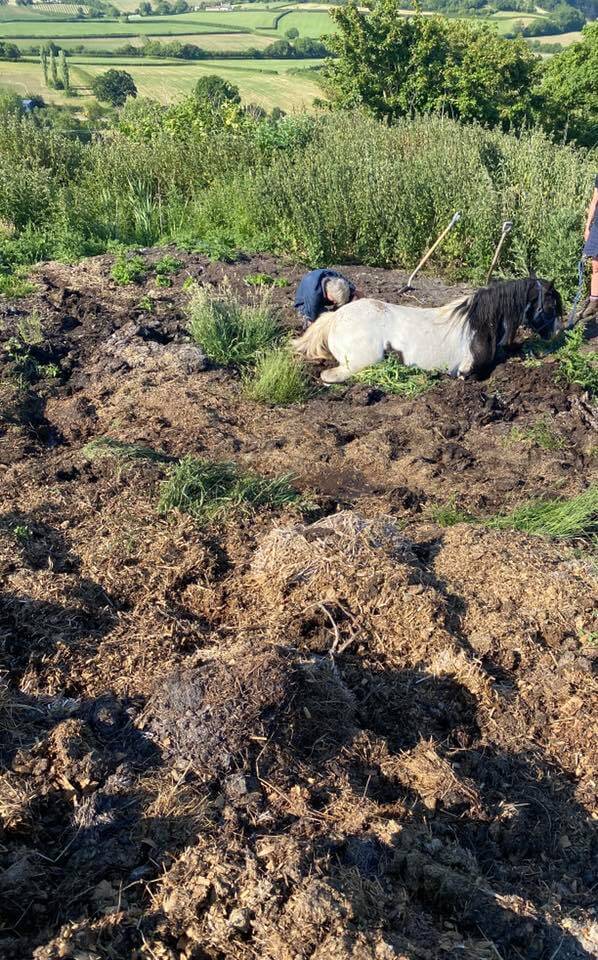 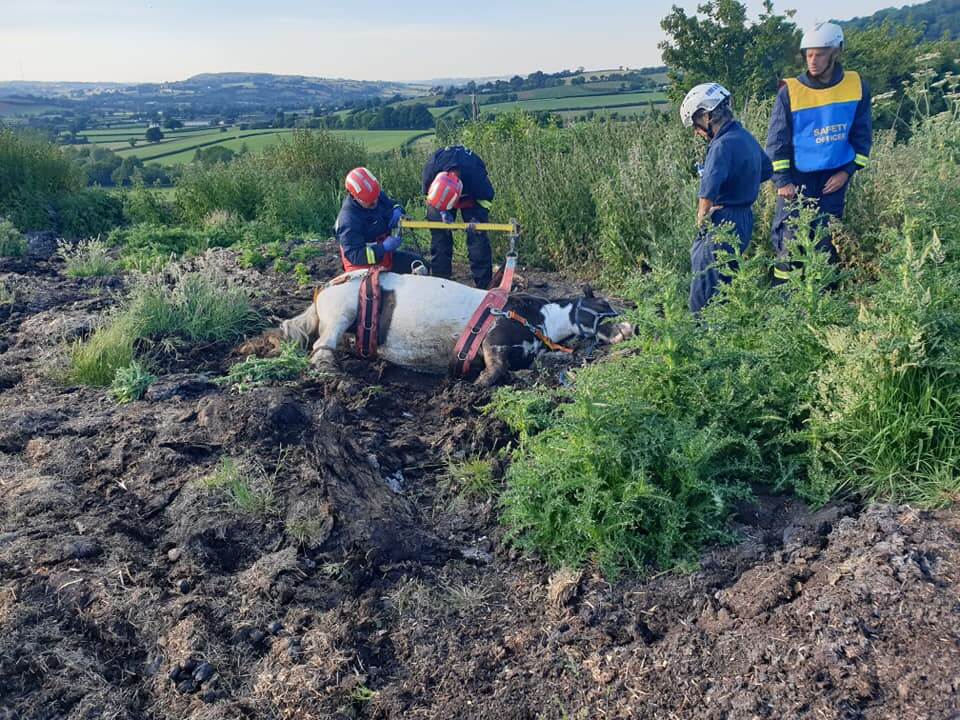 The horse was sedated and lifted free. 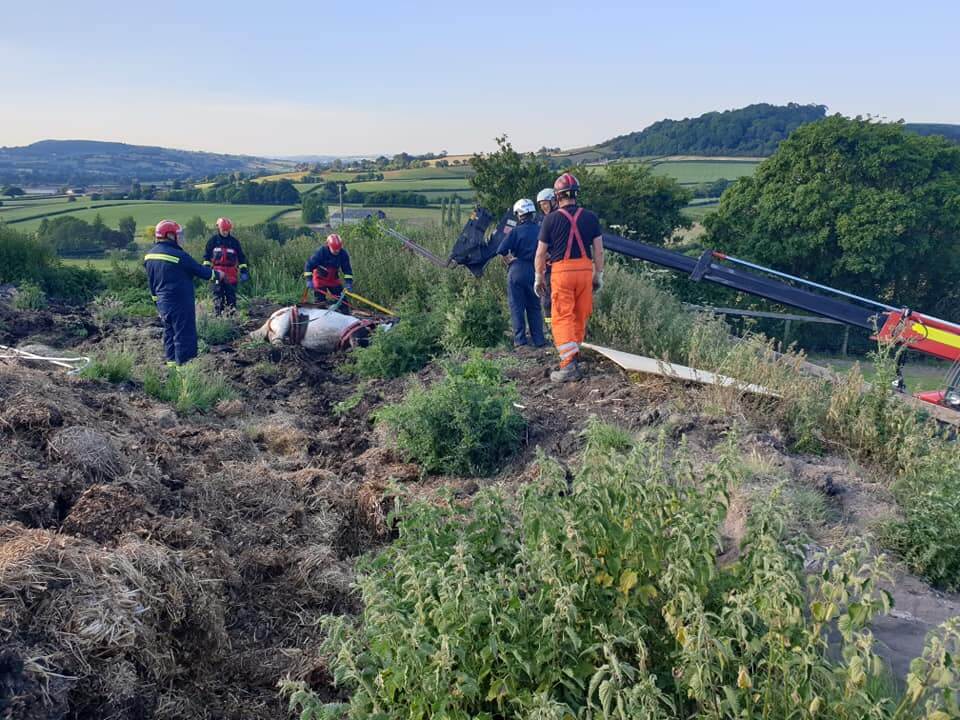 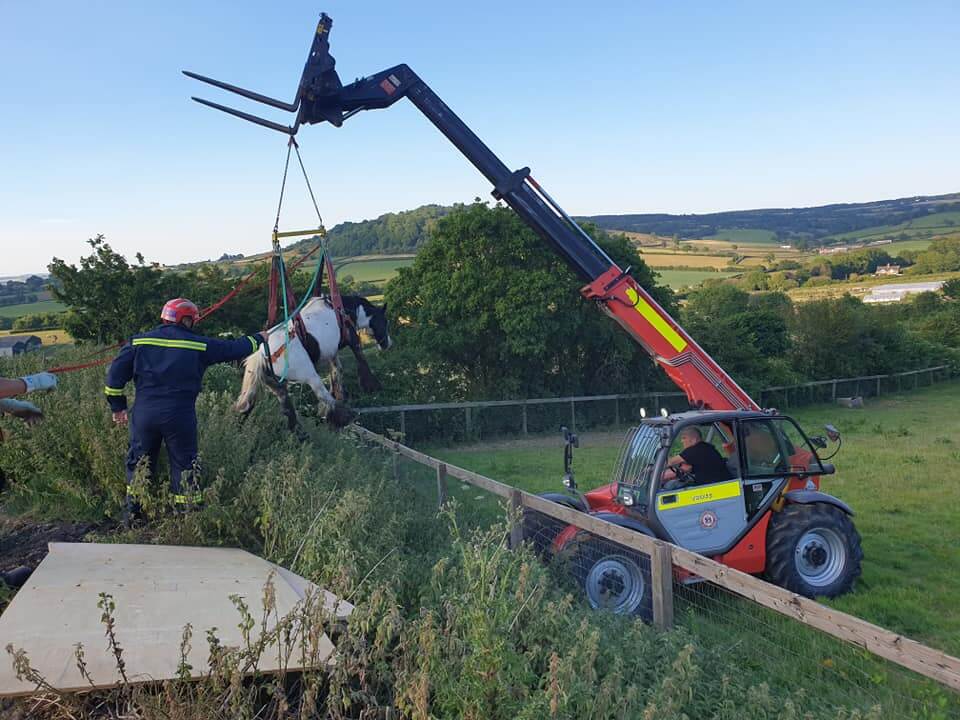 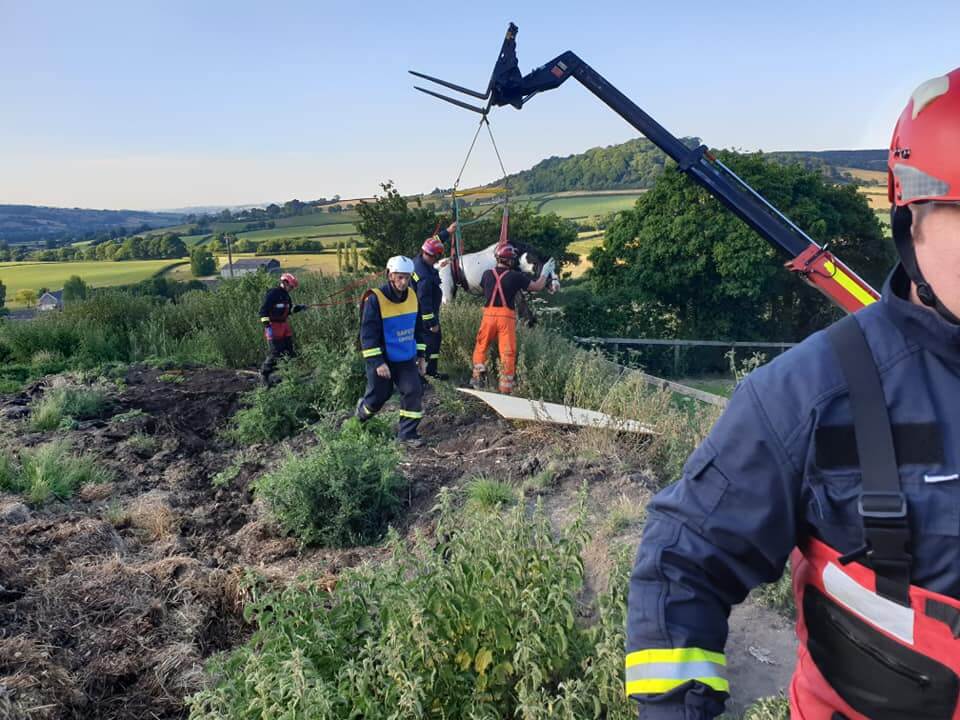 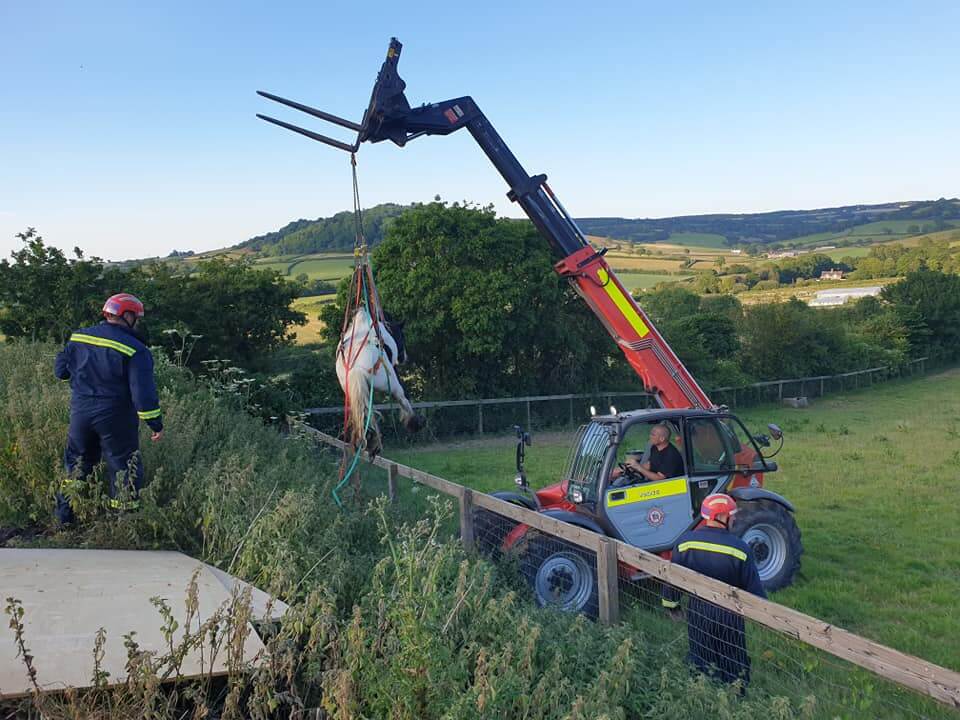 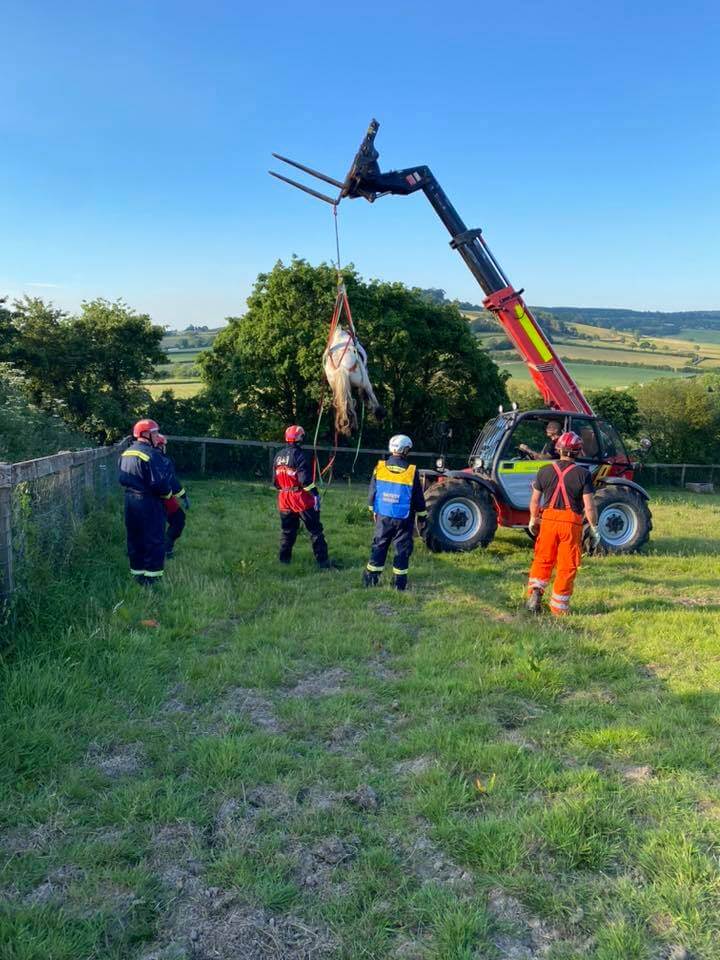 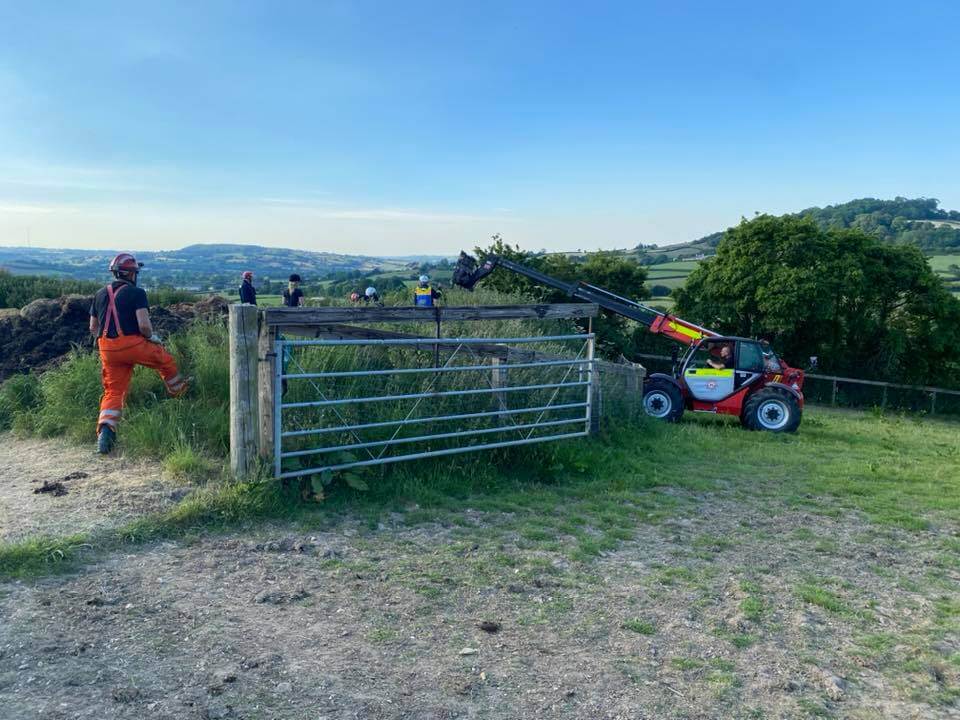 The 14.2hh mare was sedated by vet Tessa Porter, from Summerleaze Vets, ready for firefighters and the specialist animal rescue crew from Exmouth to hoist her over a fence, back to safety.

Natalie said: “An immense thank you to Tessa from Summerleaze Vets Equine for getting here so quickly and being amazing as always – just brilliant the whole way through.

“Although I did wonder at one point if Gemma would make it, she received the best veterinary attention we could have wished for.

“Tessa’s expertise made everything so much less stressful and more optimistic.”

Natalie said the mare survived thanks to a huge amount of kit and an ‘expertly arranged’ telehandler, which hoisted the horse out of the muck.

She said: “All of them were an amazing team and it couldn’t have gone any better.

“How lucky we are to have such a brilliant fire brigade in East Devon.

“They communicated throughout and I am so grateful to all of them, and to Tessa, for saving Gemma’s life.

“We would never have got her out without such a phenomenal team effort.”

Natalie said Gemma was ‘absolutely fine,’ after her ordeal and was not injured. 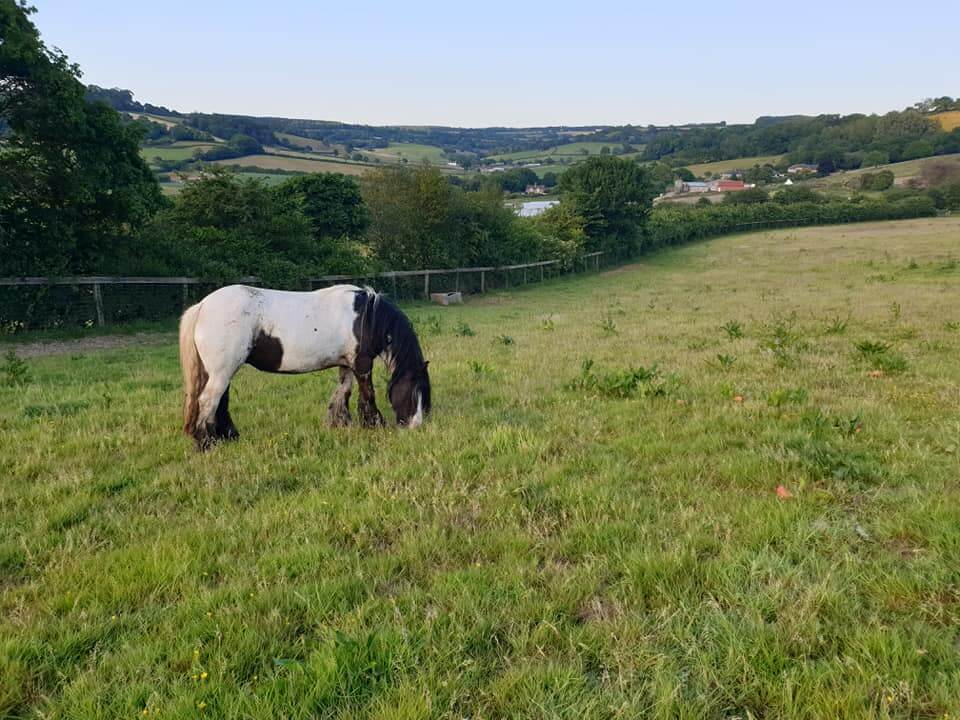 Gemma, happily grazing, shortly after she was lifted out of the muck heap.
Photo: Natalie Bucklar. 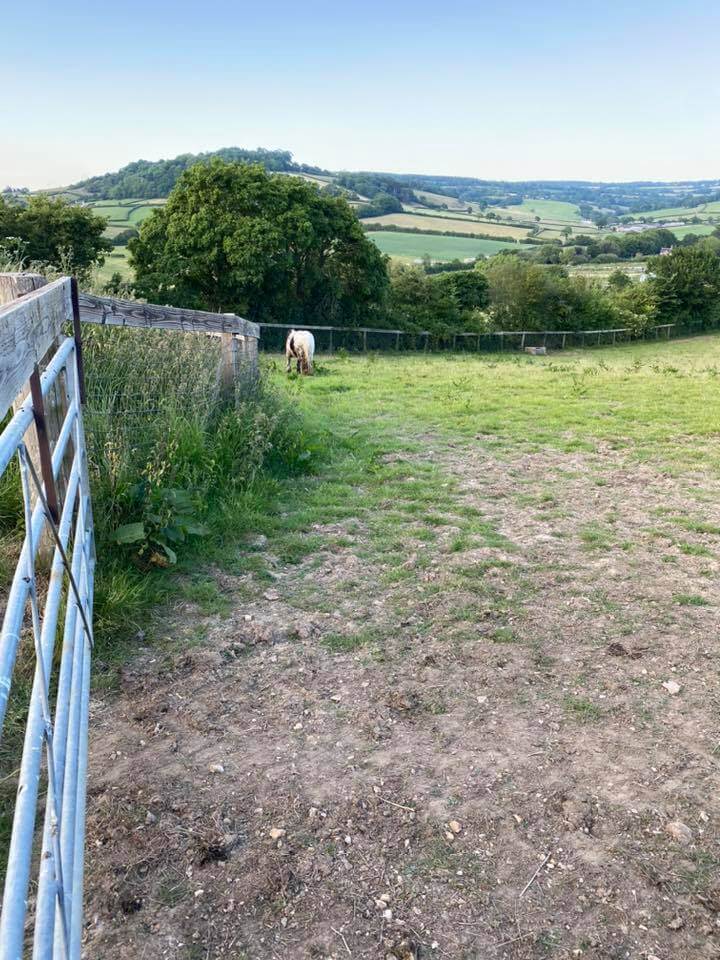 “Within twenty seconds of standing up her head was down and she started eating,” said Natalie. “At that point I let myself shed a tear or two. She doesn’t have a scratch on her.”

She added: “Thank you so much again to everyone who played a part in the rescue. I am eternally grateful for your professionalism and kindness.

“I really couldn’t have done it without you – and Gemma is now back with her herd, safe and well thanks to you.”

Firefighters were called to the Axmouth farm shortly before 7.30pm, after receiving a call reporting a horse had fallen and was stuck.

A fire service spokesperson said: “Devon and Somerset Fire and Rescue Service received a call from a member of the public reporting that her horse had fallen into an old sunken muck heap and become stuck.

“A fire appliance from Seaton and specialist rescue crews from Exmouth were immediately mobilised by fire control.

“On arrival, the incident commander confirmed that one horse was trapped in mud and while specialist rescue teams were en-route, the crews got to work to make the scene safe.

“A telehandler from service headquarters in Exeter was also sent to assist with the rescue.

“The horse was eventually rescued using specialist rescue equipment and a telehandler and was left in the care of its owner and the vet.” 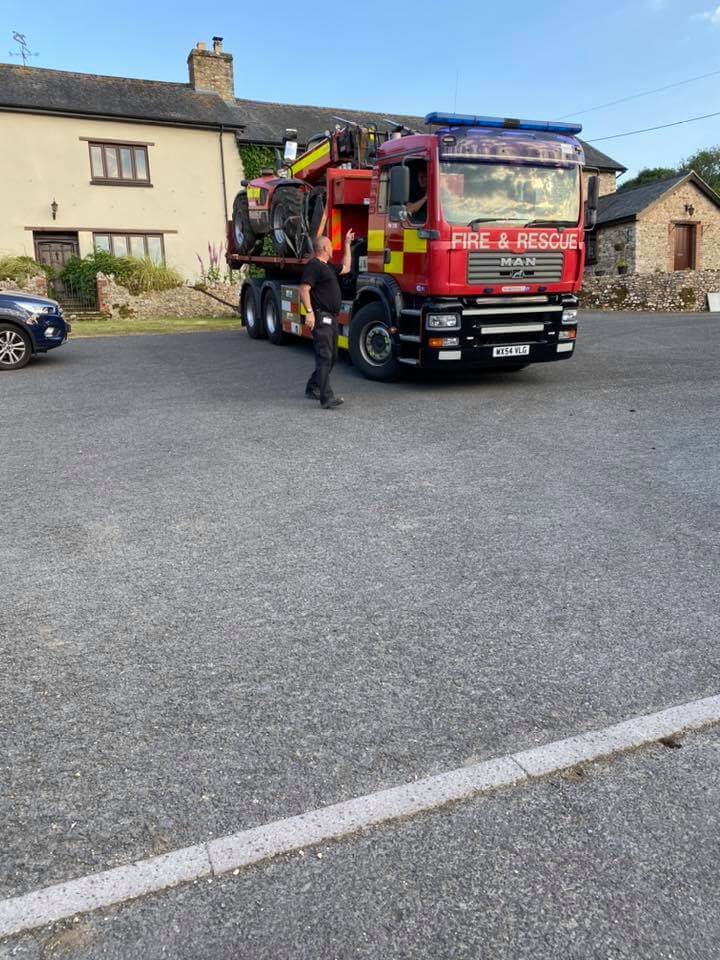