Friday, August 19
Trending
You are at:Home»News»Exeter»‘It is safer than being in a supermarket’ – Army veteran on what it’s like to work at Exeter Covid-19 testing centre

An army veteran and care home manager has given an insight what it is like working at a coronavirus testing centre in Exeter.

Steve Todd, 64, described his colleagues at the Honiton Road Park and Ride site as ‘unsung heroes’ and ‘silent key workers’.

Mr Todd praised the mix of services veterans, furloughed people and those who have lost their jobs, who make up the team working alongside staff from Boots at the centre.

He said up to 800 tests a day were carried out at the peak of activity at the centre, but this has now fallen to around 200. 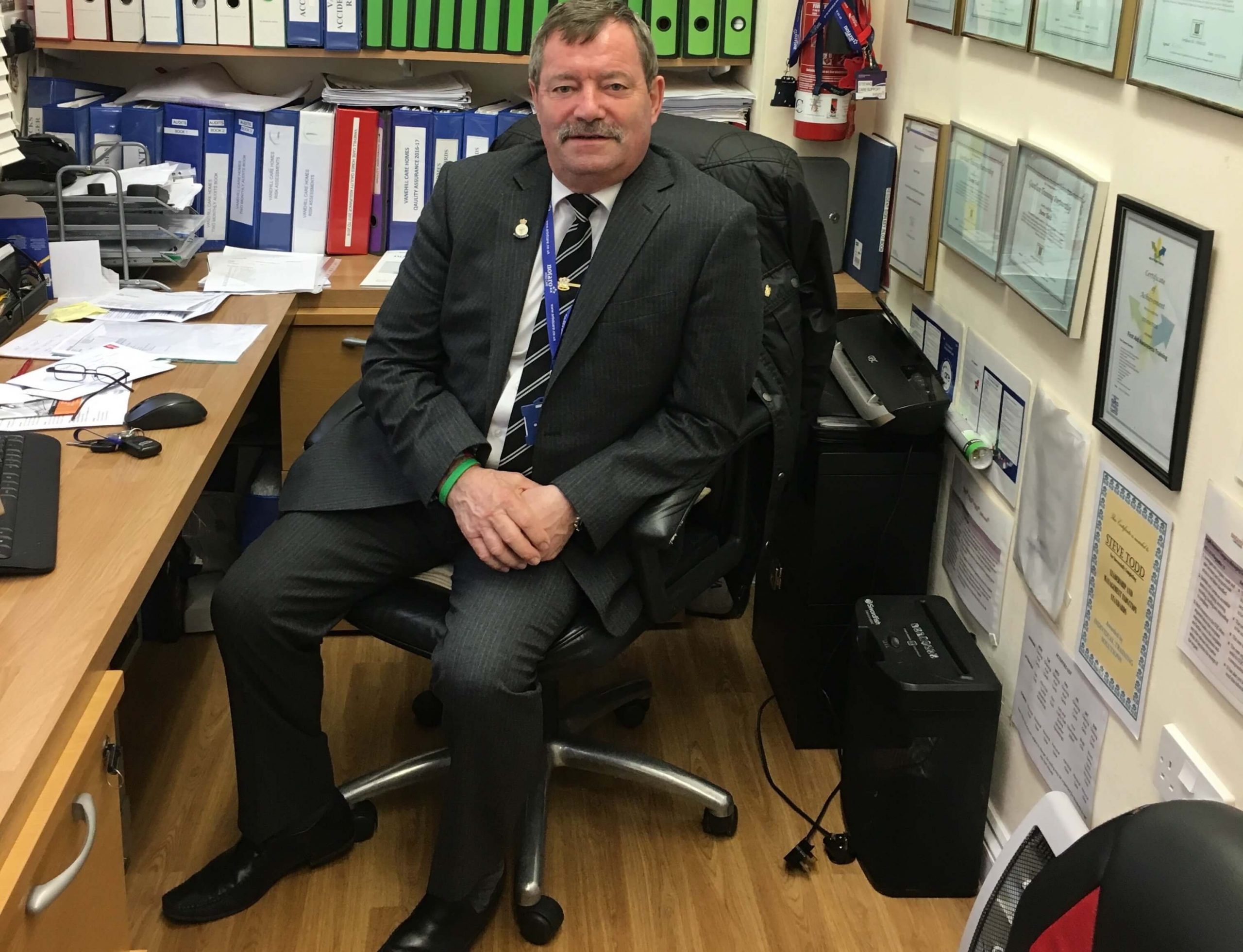 Steve is manager of the Vanehill Care Home in Torquay. Photo: Steve Todd

Mr Todd, who served with the Devon and Dorset Regiment until 1985 and is now a care home manager in Torquay, said everyone is fully trained and kitted out with personal protective equipment (PPE).

He responded to a call from the regimental association to help, assisted in the setting up the Plymouth test centre in early April, and now works evening and weekend shifts at the Exeter facility.

“It is well run, it is safe. It is safer than being in a supermarket,” said Mr Todd.

“They are unsung heroes up there. All those guys are doing something that not many people would volunteer to do.

“You are assisting somebody getting through a very significant time in their lives.

“That’s why it is important that the testing station runs that through as efficiently as possible.”

Mr Todd said the workers at the site are paid £10-an-hour and carry out a series of tasks.

These range from guiding cars into bays, explaining the process with phone calls and handing out test kits through a passenger window.

People can carry out the nose and throat swabs themselves, or be helped by the staff from Boots.

Mr Todd said the team were all given training on hand-washing and social distancing and provided with PPE to keep them and the visitors safe – as all cars have to be treated as potentially carrying the virus. 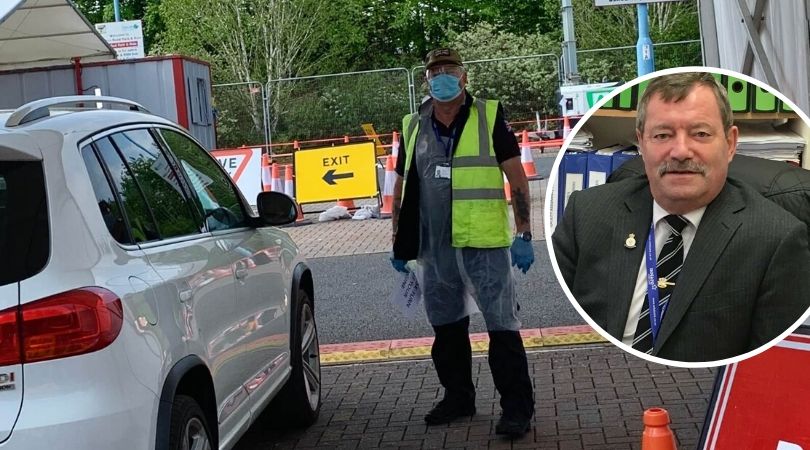 Mr Todd said one of the important roles was to provide reassurance to people and to help them through what could be an unpleasant experience to get a swab sample from the throat and nose.

He added that some people were confused when they arrived and could become distressed.

“They can get distressed. If it comes back positive, you have to self-isolate, and your family as well. Taking the test is a brave decision.”

He added that test samples were sent off overnight and the results were coming back in 24 – 48 hours.

Staff were tested so they could understand the experience.

Mr Todd said people came from all over the region to the Exeter site, run by services contractor Serco.

Anyone with Covid-19 symptoms in England can get a test as part of the ‘test and trace’ phase of the Government’s response to the virus. This can be organised through the NHS website here.