Tuesday, July 14
Trending
You are at:Home»News»Exmouth»Exmouth firefighter hangs up boots after 30-year ‘privilege’ of saving lives and helping others

An Exmouth firefighter has spoken of his ‘privilege’ of working in the fire service, hanging up his boots and retiring after 30 years.

Watch manager Nigel Snowshall – known as Snowy – said saying goodbye to his crew had been emotional because the fire service was like a family.

He has not completely turned his back on the fire service – after a short break Snowy will continue firefighting with the on-call crew in Exmouth.

He also hopes to be able to provide cover, when needed, as an instructor with Devon and Somerset Fire and Rescue Service’s (DSFRS) breathing apparatus (BA) school.

He said retirement was ‘surreal’ and decided to stay on with the retained – on-call – crew, because he ‘still had plenty to offer’ as a firefighter.

Nigel said it had been ‘emotional’ to retire, adding: “I think it would have been even worse if I wasn’t staying on as retained.

“It’s like a big family. They are not just your colleagues. They are your friends as well.

“You live with them and occasionally you risk your life for them.

“Because you are so close it’s weird to walk away from them.”

He added: “I can honestly say in thirty years I have never not wanted to go to work. It was never ‘just a job’.

“I don’t think there are many people that can say that. There’s not been a day when I have been working for the fire service where I have thought ‘I don’t want to go in’.

“I am so privileged to have had that for the last thirty years. It’s been amazing.”

In his 30 years as a firefighter, Snowy said it had been a privilege to be part of a team, saving lives and helping people.

“There have been some funny incidents and some really sad incidents,” he said. “Overall, it’s about turning up and doing a good job, the best you can, even if the outcome isn’t as you predicted it to be.”

In 1996, 28-year-old Nigel’s wife, Jeanette, went into labour with their daughter, Emily, while he was tackling a house fire in The Colony, in Exmouth’s Salisbury Road.

Several hours later, at five o’clock in the morning, after the blaze was brought under control, Snowy grabbed a change of clothes and some food, and was driven to the maternity hospital by another firefighter.

His daughter was born more than 12 hours later, shortly before 10pm that night.

“I slept through the whole of Jeanette’s labour I was so tired. And I only woke up when Emily was born,” said Snowy.

“I got to the hospital with a rucksack full of food. I slept, woke up, ate, and went back to sleep.”

Some of Snowy’s most memorable jobs have included the blaze at Bargains Galore, on The Parade, Exmouth, in January 2010, the Trago Mills fire in 2004, and the Gloucester floods. 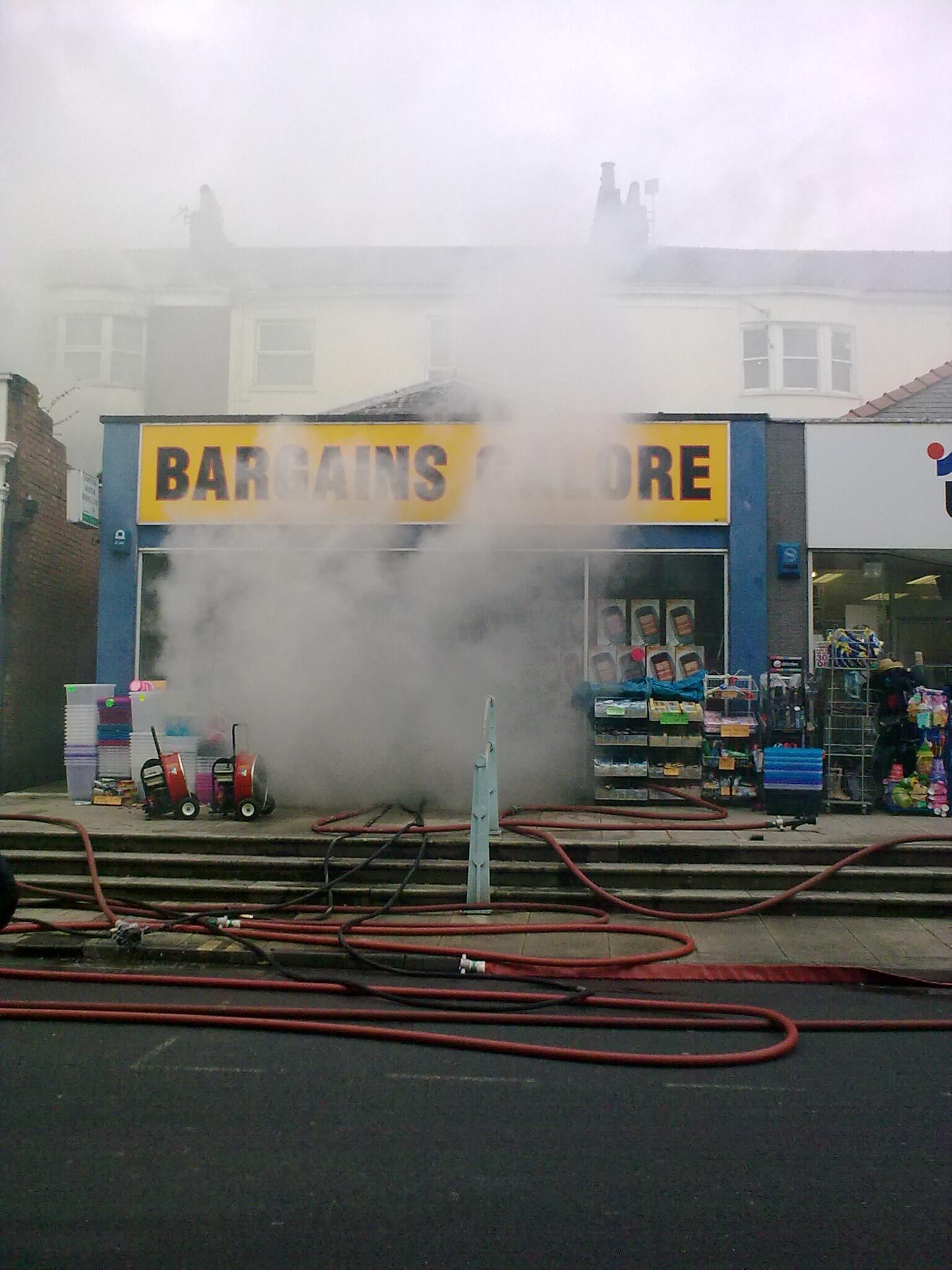 Bargains Galore, in Exmouth, – one of Snowy’s memorable jobs as a firefighter. 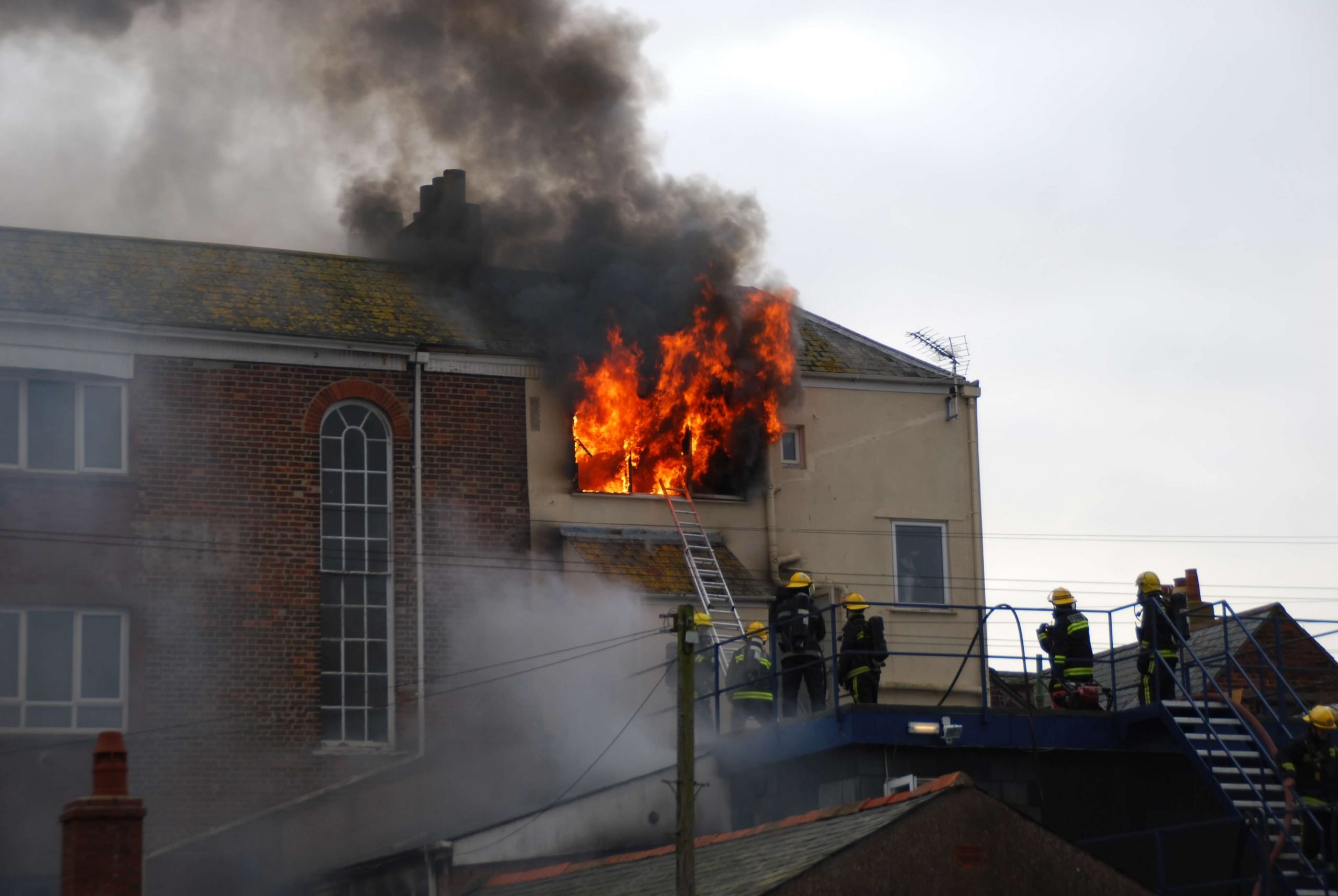 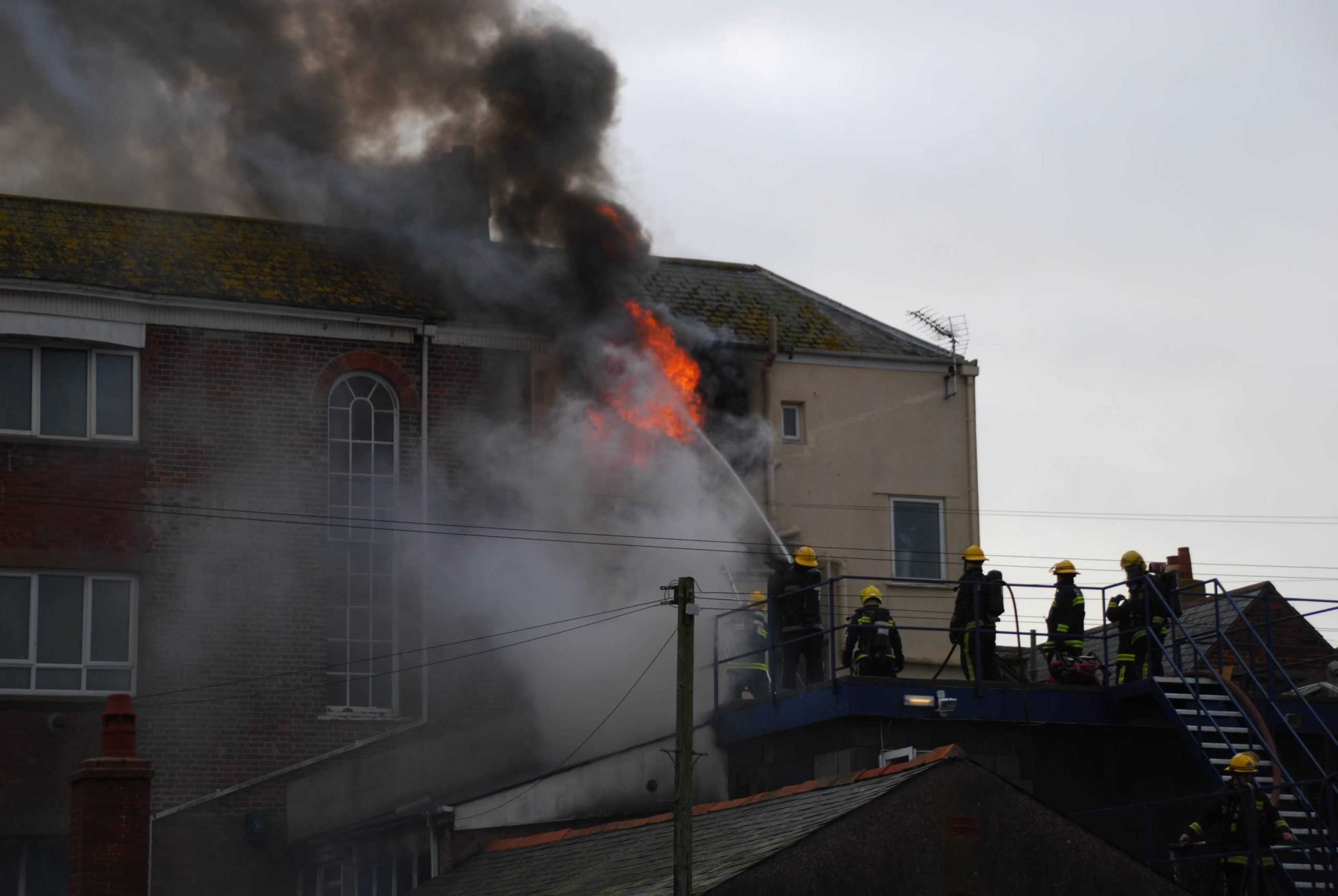 When four firefighters from the Warwickshire Fire and Rescue Service died in 2007 when a vegetable packing plant caught fire, Nigel was called upon to help retrieve the bodies.

In 2016, Snowy was one of the first firefighters on scene when the Royal Clarence Hotel caught fire.

He missed out on a major blaze at a garage in Exmouth in 2009 because he was on an aid mission with the Columbian Fire Service – where his skills were suddenly needed when a chemical plant caught fire.

Nigel joined the Devon Fire and Rescue Service – as it was called then – aged 23, starting his career in 1991 in Torquay, where he stayed until 1996.

He said he has been amazed by the transition of the fire service over the years, branching out to animal rescues and swift water rescue.

He moved to Exmouth fire station in 1996 and stayed for three years, until 1999, when he joined Exeter Green Watch as a leading firefighter (LFF).

Snowy joined BA school as an instructor in 2000, and stayed within the training role for seven years.

He retired at the end of May 2020, after ten years as a watch manager at Exmouth Fire Station.