Driving forces behind an £8.7million scheme to protect Sidmouth seafront say it ‘can’t stop cliff falls’ – after three landslides in 24 hours this week.

It cannot, however, stop cliff falls…in fact, many of the recent cliff falls are beyond the area the BMP will protect…

East Devon District Council (EDDC) has reiterated that no emergency action will be taken along the crumbling coastline as it focusses on a long-term project.

A trio of spectacular collapses were captured on camera on Tuesday and Wednesday at East Beach and near Jacob’s Ladder. 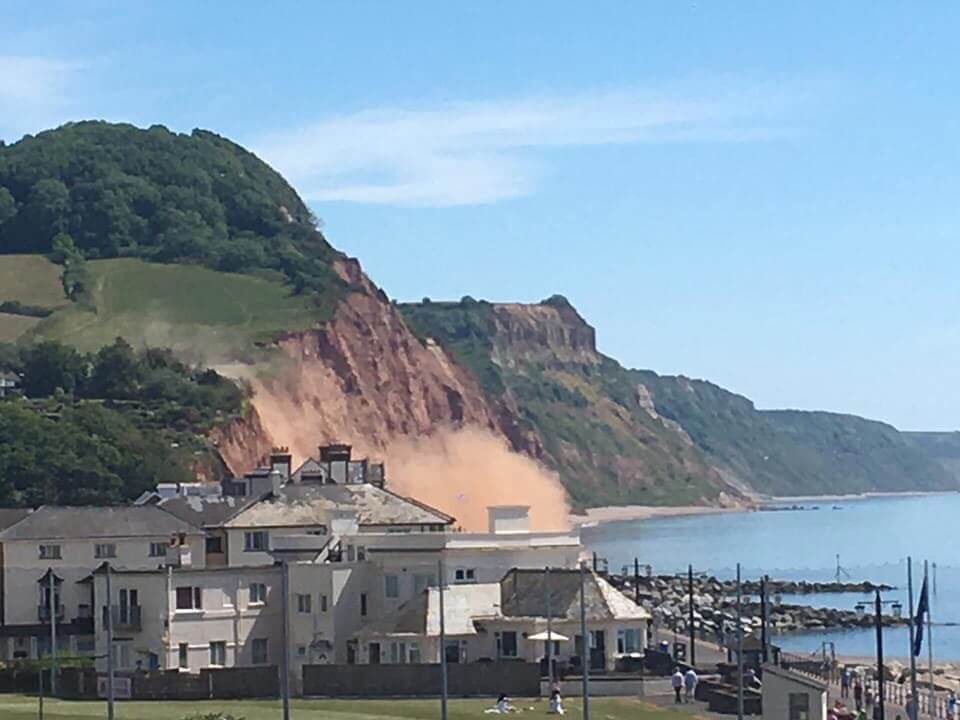 ONE: Cliff fall to the east of Sidmouth at around 11.30am on Tuesday, may 26. Picture: Stu White 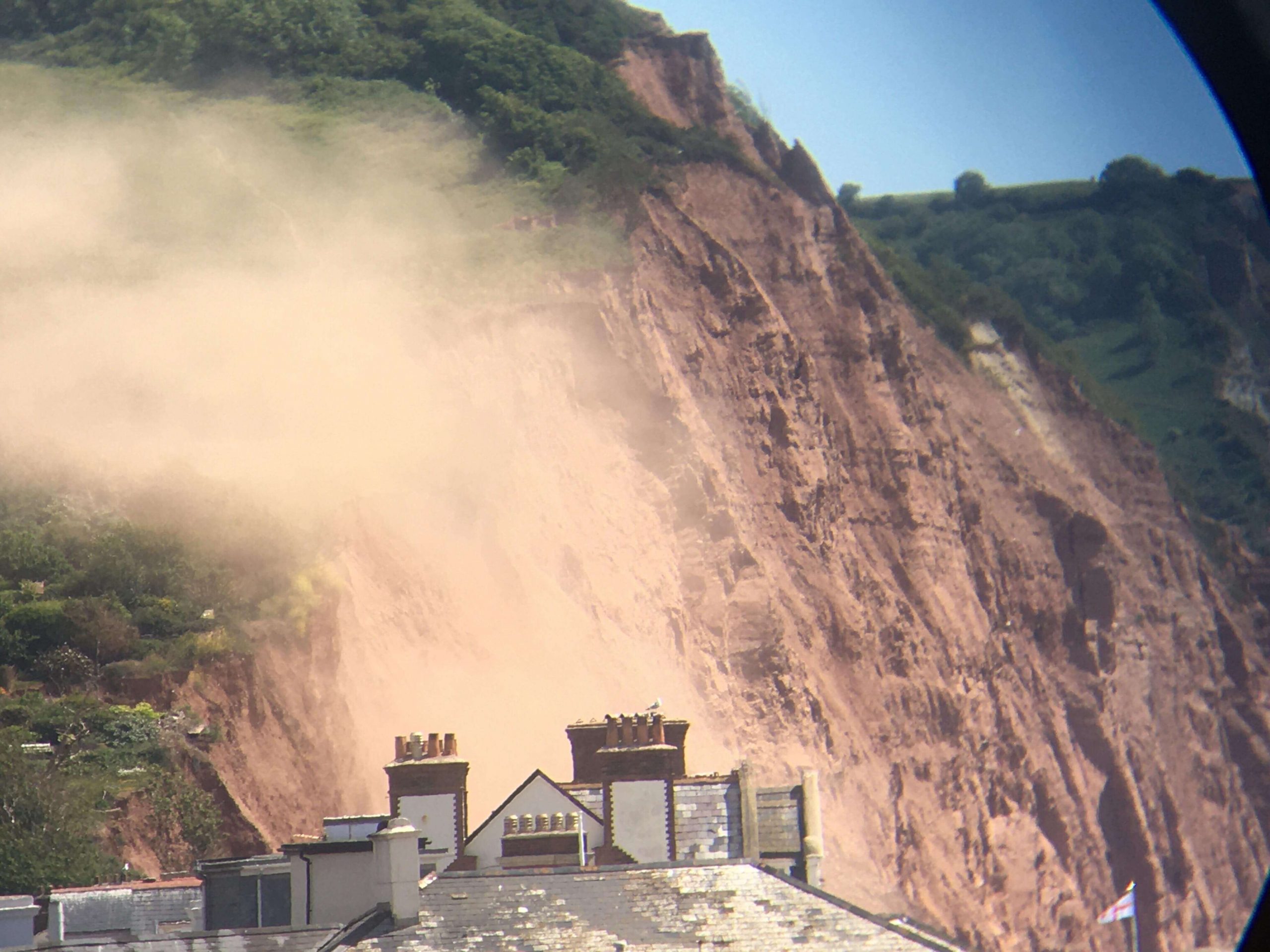 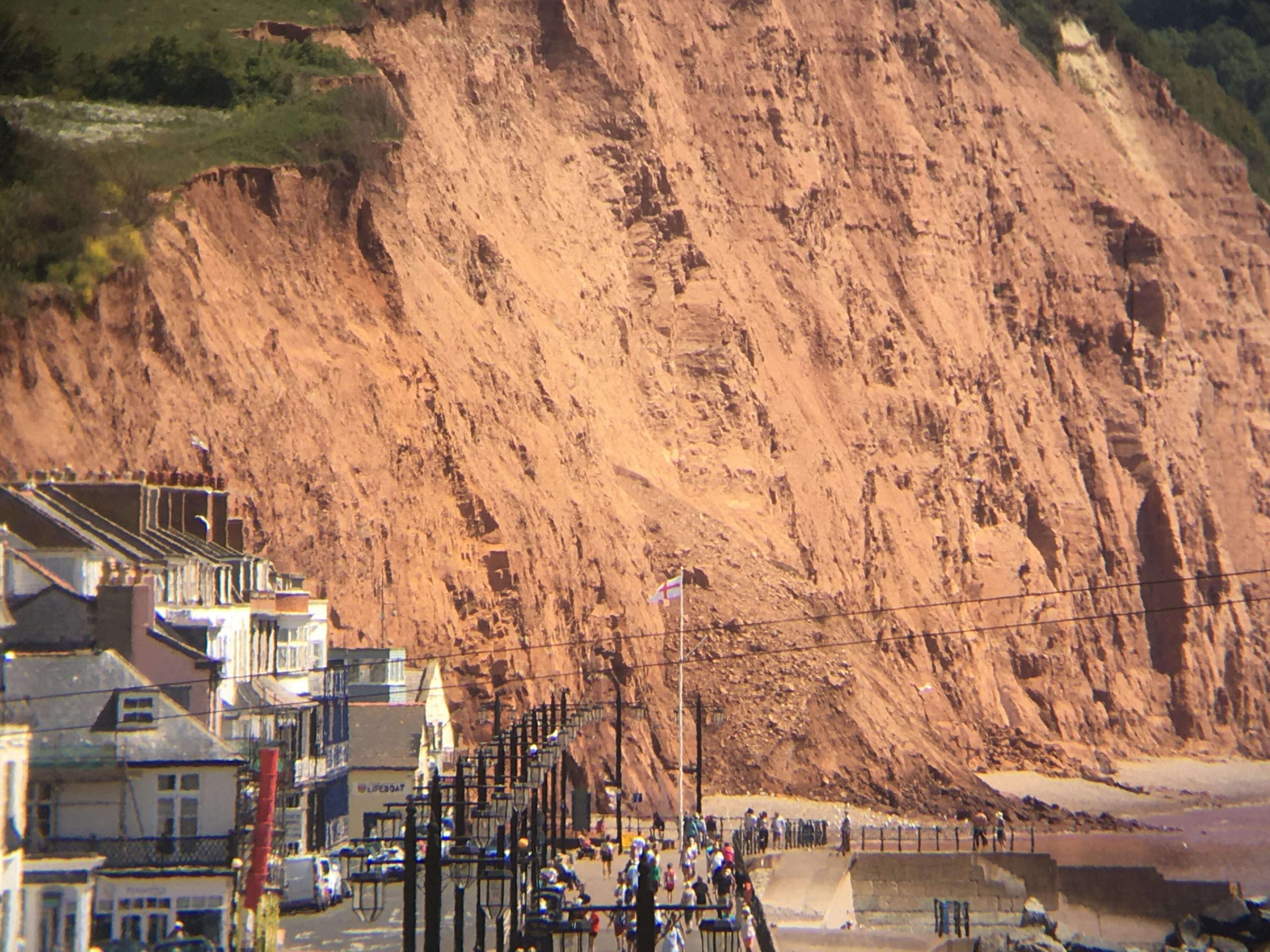 Authority chiefs said earlier this month they were ‘not progressing’ any short- or medium-term work, despite calls for a temporary rock revetment at Pennington Point.

The preferred option of the scheme would see a new rock groyne placed on East Beach, the height of the seafront splash wall increased, and shingle imported.

Proposals – which aim to protect the town from flooding and reduce cliff erosion rates – will need to be finalised and planning permission secured before any work can begin.

TWO: Another cliff fall to the east of Sidmouth beach at around 8.45am on Wednesday, May 27. Picture: Ray Moseley 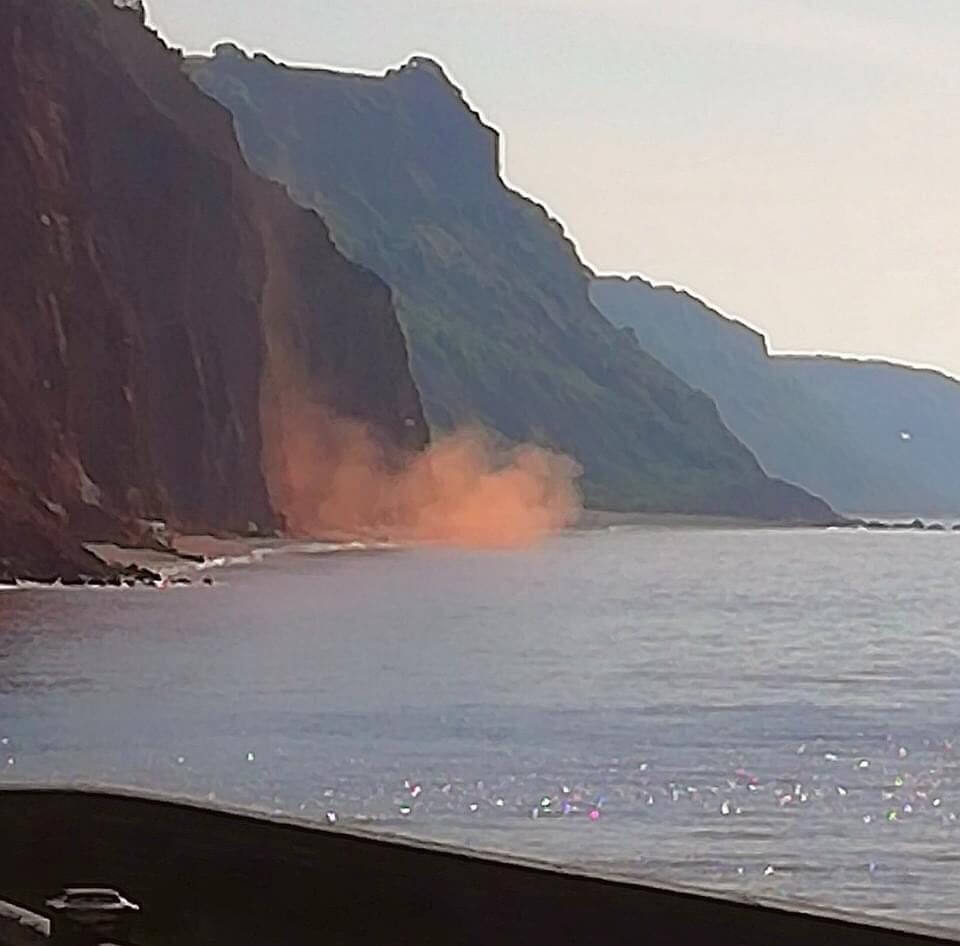 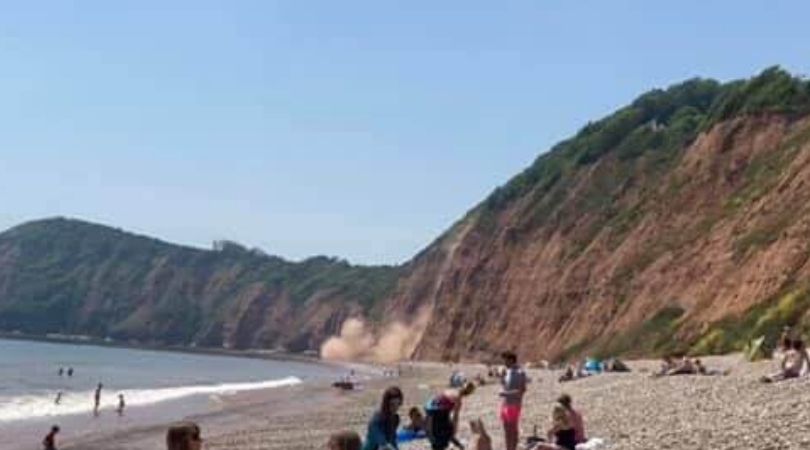 THREE: Landslide near Jacob’s Ladder beach at around 1.45pm on Wednesday, May 27. Picture: Verity Graves-Morris 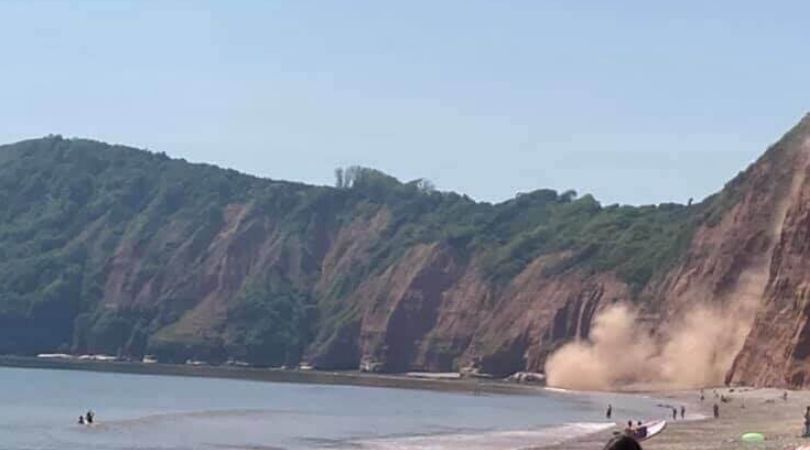 Following the three landslides this week, which occurred to the west and east of the seafront, an EDDC spokesperson said: “In both locations the risk of cliff falls is well signed on any access to the beach, so members of the public should adhere to warnings to stay well clear of the cliffs.

“East Beach has also had its access restricted as much as practicable to try to discourage any public access.

“Both locations of the three cliff falls are outside land owned and managed by East Devon District Council.

“They also fall outside the area covered by the Sidmouth and East Beach Management Plan, so there is no plan to help protect the cliffs either before or as part of the BMP.

“Cliff falls are a natural and unpredictable occurrence along the East Devon coast.

“This is because the rock from which the cliffs are formed is soft and therefore prone to rock falls and landslides, which can happen at any time, although periods of heavy rainfall, such as the wettest February on record, and now a long, dry period, can cause an increase rate of falls.”

While the BMP does cover both Jacob’s Ladder and East Beach, the spokesperson added: “It cannot, however, stop cliff falls.

“In fact, many of the recent cliff falls are beyond the area the BMP will protect, occurring further east on National Trust land.”

EDDC says the proposed Sidmouth seafront scheme has more than £137million of ‘economic benefits’, will protect 120 homes from coastal flooding, and a further five properties from cliff erosion.