This little and large duo are among seven-strong herd of uniquely-paired animals to find a new home for life at The Donkey Sanctuary near Sidmouth.

The adorable group – featuring one of the biggest and one of the smallest breeds – have been taken in by the international charity.

A change in their owner’s circumstances meant the three large Poitou and four Mediterranean Miniature donkeys needed a new place to live.

They are not suitable for rehoming due to specialist care requirements, so it was deemed in their best interest to bring them to the sanctuary near Sidmouth.

Donkey welfare advisers Tewsday Herbert and Sophie Foster said the seven animals are used lots of love and attention and comfortable being handled.

Tuesday added: “The group had clearly been well cared for and were from a loving home, and I am so glad we are able to give these donkeys a home for life after their owner reached out to us.

“They deserve a secure future getting the attention they need.” 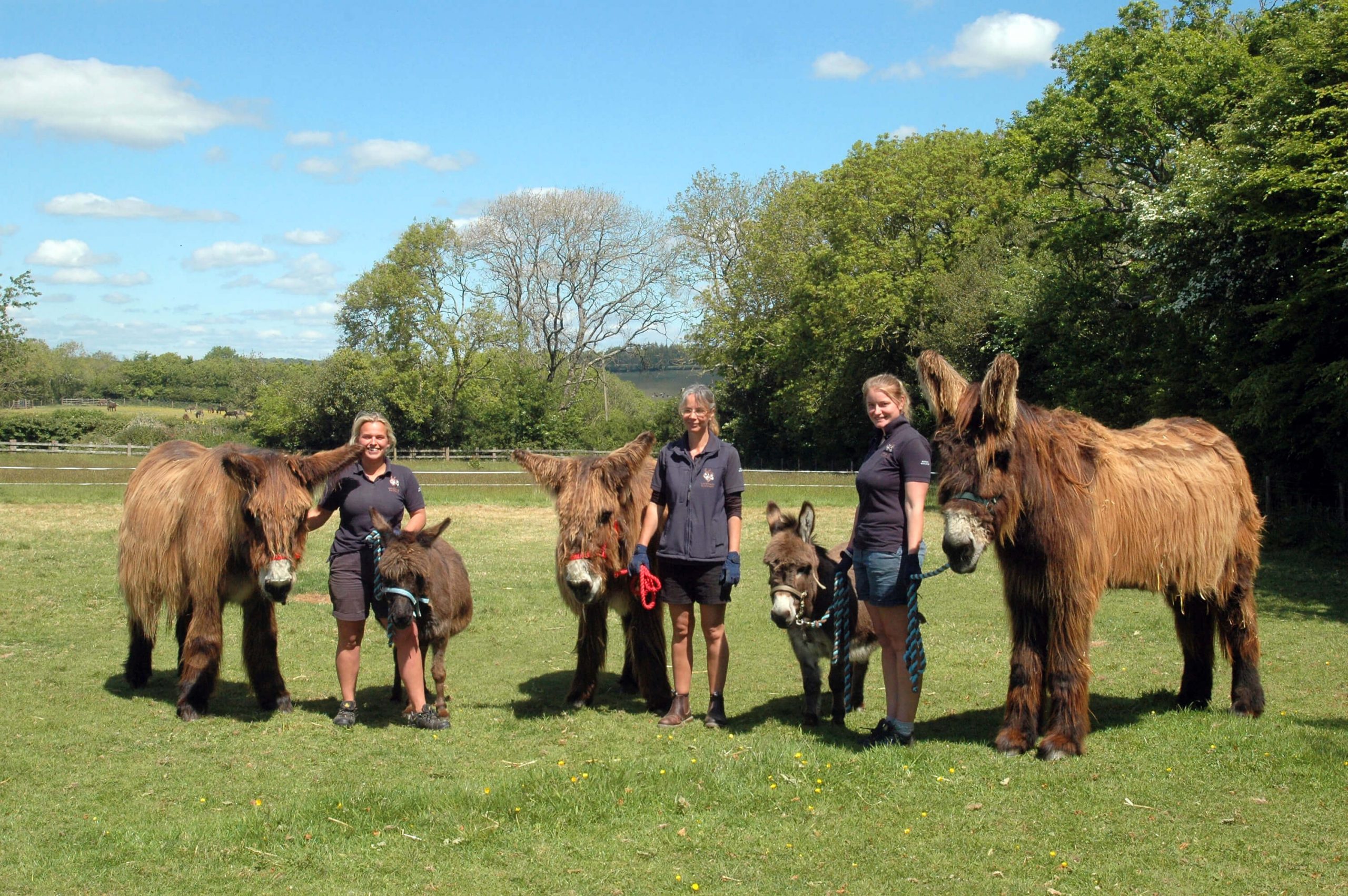 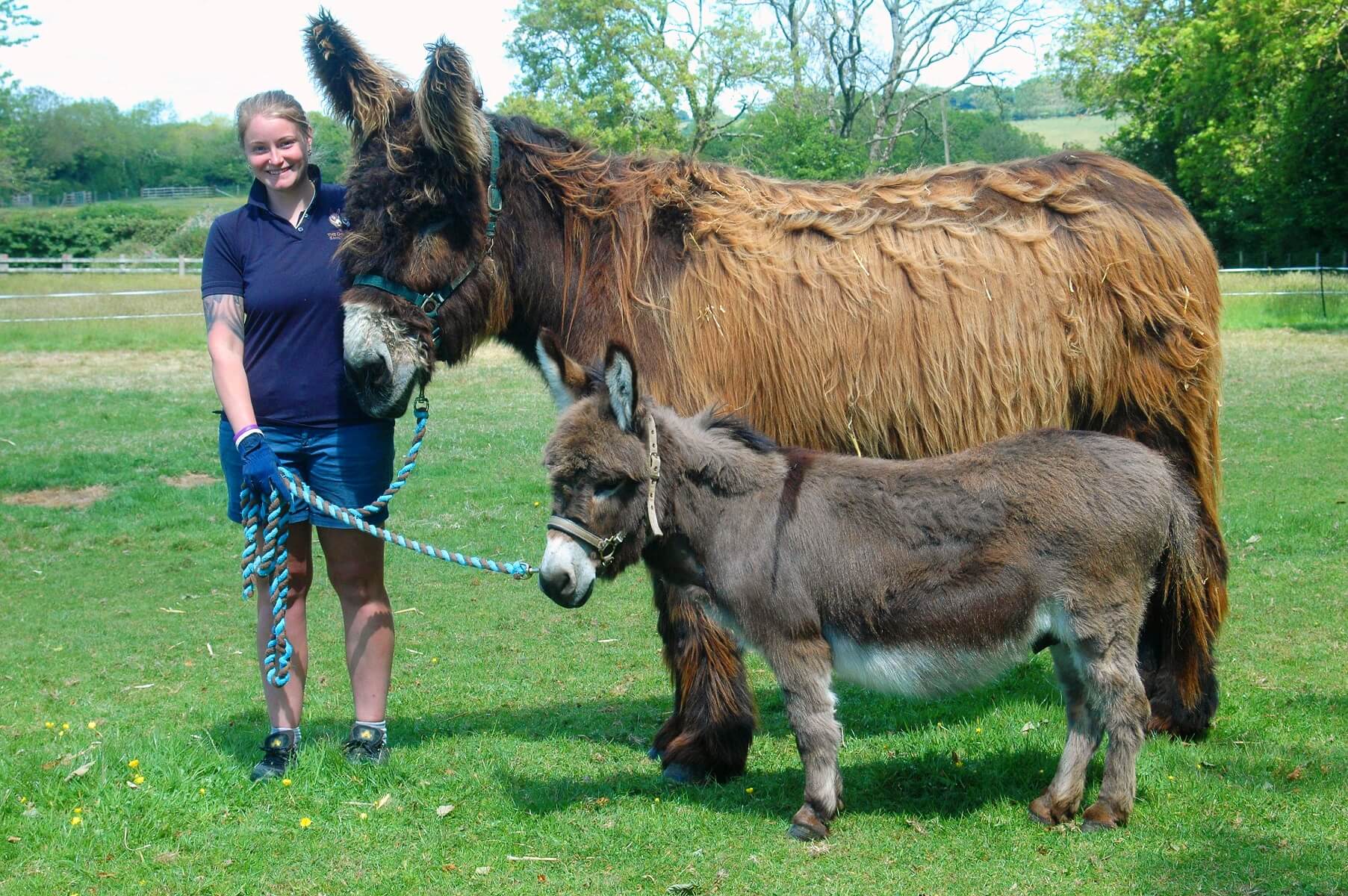 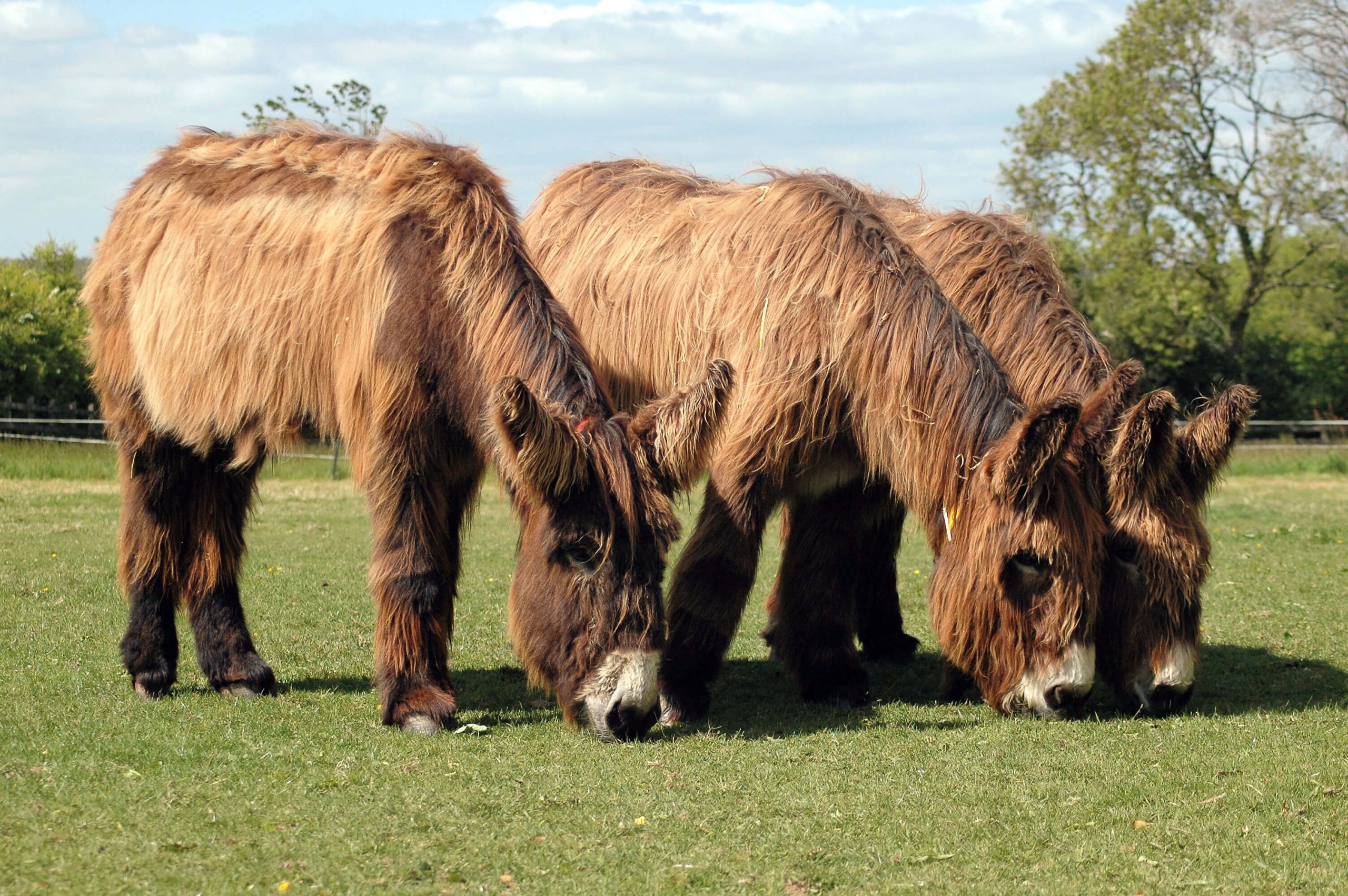 Poitou donkeys measure an average of 14.2 hands high – 142cm – 152cm. They are distinctive not just because of their size, but also from their long, shaggy coats.

Mediterranean Miniature donkeys are on average eight hands tall, reaching no more than 91cm at the shoulder.

Tewsday said: “I rarely come across the less-common breeds of donkeys, so it was a real treat to meet the Poitous and Miniatures.

“It is very important that we gain as much information about the donkeys before they come into our care, particularly of those on medication or with ongoing health issues.

“Some of the donkeys were on long-term medication to help keep them healthy in their older age.”

Poitous originate from their regional namesake in west central France.

For hundreds of years they were bred solely to be used in mule breeding, an activity that made an important contribution to the French agricultural economy and earned the Poitou a worldwide reputation.

By 1950, there was little demand for the Poitou as the mule could not compete with the tractor and the lorry.

This led to a dramatic decline in the population of the Poitou and, although numbers have increased, they are still relatively rare today.

Miniature Mediterranean donkeys, more commonly known as miniature donkeys, are a separate breed in their own right, originally hailing from the islands of Sardinia and Sicily.

Miniature donkeys were traditionally used to turn grinding stones for grain inside houses on the Mediterranean islands. They would also carry water from village wells, and take supplies into the mountains for shepherds.

The Donkey Sanctuary’s dedicated team is still responding to urgent welfare concerns through the coronavirus pandemic.