The new leader of East Devon District Council (EDDC) says his administration will aim to deliver the ‘reformed and improved’ authority that residents voted for.

Councillor Paul Arnott was confirmed in the role this morning (Friday) after talks last night were unexpectedly adjourned when a live stream of the virtual meeting was stopped.

The remaining three out of 60 members were today able to have their say on whether to appoint Democratic Alliance leader Cllr Arnott or Conservative Group leader Cllr Andrew Moulding.

It is essential that, at this of all times, East Devon has a stable majority leadership. It must also have a keen eye on the district’s future wellbeing when this troubling period comes to an eventual end – Cllr Paul Arnott

Cllr Arnott, member for the Coly Valley ward, triumphed by 32 votes to 20, with eight abstentions.

He succeeds Cllr Ben Ingham who, along with his Independent Group colleagues, resigned earlier this month.

Cllr Arnott told the meeting: “In May 2019 the East Devon electorate sent a clear message to the council that, after nearly five decades of Conservative dominance, they wanted change.

“People voted to reduce what had been 45 Conservative councillors five years earlier to just 19.

“Despite the Conservatives’ huge defeat in 2019, the then-new leadership went for a business as usual approach.

“And last month, this approach collapsed after the Tories had pushed for a vote of no confidence in the leader in February and his own group then split down the middle in April.”

Independent Cllr Arnott became the leader of the Democratic Alliance – made up of members of the East Devon Alliance, Liberal Democrats, and Green Party – when it was formed in March.

The group this month joined forces with the brand-new Independent Progressive Group in a bid to form an administration.

Cllr Arnott said: “This coalition of 31 [members]now makes a majority on the council and will give it a stability it has lacked since Cllr Ingham chose to attempt a council of no overall control.”

He added: “It is essential that, at this of all times, East Devon has a stable majority leadership. It must also have a keen eye on the district’s future wellbeing when this troubling period comes to an eventual end.

“The electorate spoke hoping for a reformed and improved council last year and our aim is to deliver that now with hard work and pride in the wonderful place we are fortunate to call home.”

If your interest is in working to assist any friends or allies outside the council, I’m afraid your time in East Devon is up…

He praised her as ‘the model of an independent-minded councillor working as a Liberal Democrat for the people of Exmouth’.

“She is great diplomat and listener and every council needs one of those at its heart,” said Cllr Arnott. 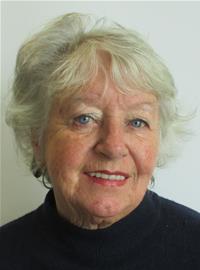 A third of the previous cabinet has been reappointed.

Cllr Arnott said the ruling group ‘will be collaborative and open both internally and externally’, adding: “There will be no silo working – every member of the cabinet will know what the others are doing and we will work hard to communicate to all 60 members what that is at every time.”

He told Conservative members and other Independents they will ‘be viewed with complete equality’ and said: “We wish to work with all of you as well, and all of you who wish to work for the benefit of the people of East Devon can be assured you will get an absolutely fair hearing and a full involvement.

“If, however, your interest is in working to assist any friends or allies outside the council, I’m afraid your time in East Devon is up.”

Three ‘critical’ new roles, described as ‘essential for the times in which we now find ourselves living’, have been created.

These are portfolio holders for corporate services and Covid-19 response and recovery; climate action; and democracy and accountability.