A foul-mouthed poison pen letter pushed through the door of Exmouth pensioners clapping for carers and the NHS has been slammed ‘cowardly’ by their family.

Marion and Jock Roberston, of Churchill Road, Brixington, were targeted after they left their home for a short seafront drive, returning to find the handwritten note pushed through their front door, calling the couple ‘fu****g pr**ks’ and ‘tw*ts’ for the way they clap on Thursdays.

The family of Marion, aged 79, and Jock, 80, say the pair have been ‘overwhelmed’ by the support shown by the Exmouth community, who rallied to defend the couple.

Granddaughter Donna Gover, who also lives in Churchill Road, is inviting people to support her grandparents by clapping with the family in their street at 8pm tonight, May 28, while keeping a safe distance.

The scrawled note, written on an envelope, was delivered to the couple on Wednesday, May 27, while they were out for their daily exercise.

Donna, 34, said: “They hadn’t been out of the house for ten weeks. They’ve started going for a drive along the seafront for about 20 minutes. By the time they came back, it had been put through the door. Somebody knew they were out.

“I can’t believe someone would be so nasty. They waited for them to go out. It’s very cowardly.

“I feel anger more than anything else. I don’t think whoever did this deserves anything from us. It’s just so nasty and very cowardly.

“I asked other neighbours and nobody else had letters. It’s been directly aimed at them. They are picking on an elderly frail couple, it’s disgraceful.

“They are from the old era where they don’t use swear words. My nan rang me in a bit of a panic. She was a little unsure why it came through the door.

“Each to their own, not everyone wants to clap the NHS and that’s completely their choice.

“People can clap or don’t clap, that’s their choice – but leave them alone.”

Marion and Jock have lived at their Churchill Road home since 1967 and on April 28 celebrated their 60th wedding anniversary under lockdown, without any family, friends or big party to celebrate their milestone marriage.

When Donna’s nan called to say a handwritten note, sent to Joan Robinson, showing their home address, had been pushed through the door, she initially thought a joke card had arrived in error.

The scribbled note, full of upper and lowercase letters, read ‘you and your husband look fu****g pr**ks clapping you tw*ts’. 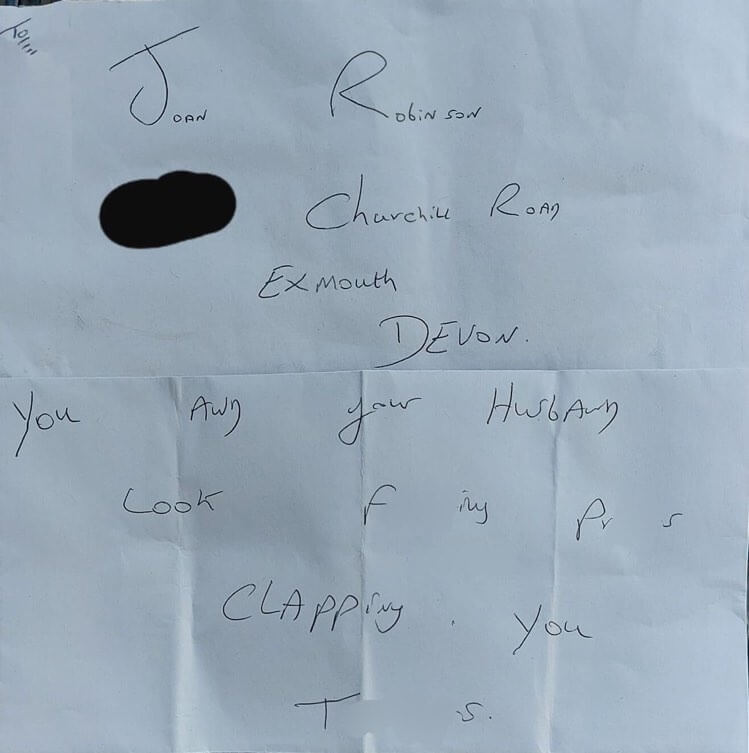 The letter that was pushed through the couple’s door.
This image shows the letter with the expletives removed. 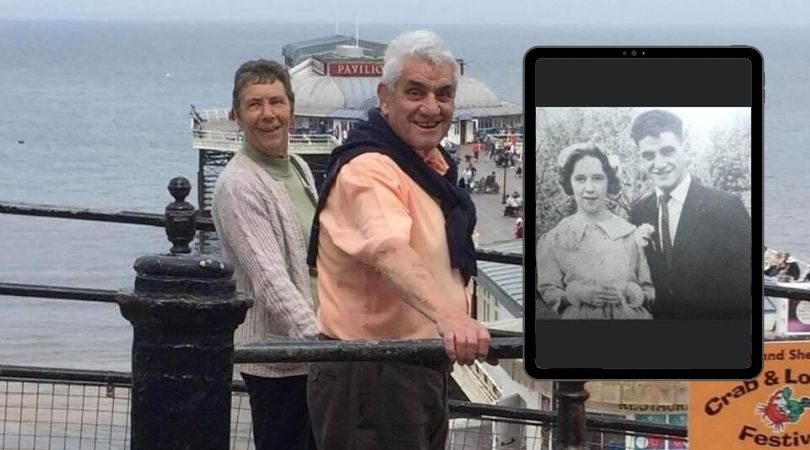 The couple in happier times before lockdown, left, and 60 years ago on their wedding day, inset.

Donna said her family was shocked and sickened by the venom aimed at her elderly grandparents.

“You don’t send a letter like that to a couple of eighty-year-olds. I can’t believe somebody would be so nasty towards them.

Because of lockdown the elderly couple have had little or no contact with family for 10 weeks, other than waving at each other from the doorstep while clapping, or through a closed window.

“My granddad has found this incredibly difficult. These last ten weeks has been horrible for him not being able to socialise,” said Donna.

Donna said Jock had been buoyed by the support on social media when the community learned the couple had been targeted.

“He was overwhelmed to see the majority of people are rooting for them and have shown their love for them,” she said.

Jock, Marion and Donna will be clapping for carers and the NHS at 8pm tonight, Thursday, May 28.

All are invited to join them with saucepans, spoons and horns in support of the pensioner pair  – while adhering to social distancing.

They will be at EX8 4DN, towards the bottom end of Churchill Road, Exmouth. 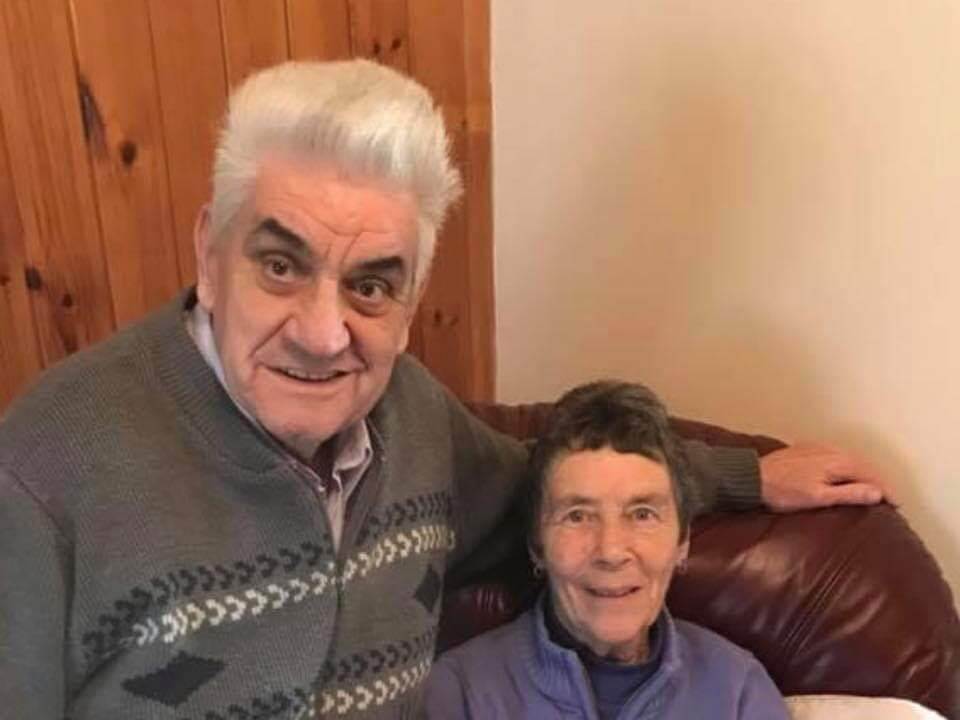 VIDEO: Doorstep tears of joy as Exmouth OAPs put poison pen letter behind them thanks to community kindness