Friday, January 22
Trending
You are at:Home»News»Exeter»Bid to rebuild and replace Aldi in Pinhoe, Exeter, with bigger store bags planning permission

Plans for a bigger Aldi store in Pinhoe – which will see its existing Exeter outlet demolished and replaced – have been given the go-ahead.

The retail giant’s blueprints for its Exhibition Way site were approved by the city council this week.

Proposals will see a garage building to the north-east of the plot bulldozed along with the existing outlet, built in 2005.  An extra seven jobs will be created.

The larger stores will be used to provide a larger sales area and improved warehousing and staff welfare areas, and will include additional tills, wider aisles and an increased range of goods…

The new Aldi store will have a larger retail floor area and a reconfigured car park will provide 102 spaces for customers – 40 more than at present.

This will include five spaces for disabled users and nine parent and child designated bays.

The entrance for motorists would move further north-east along the access road.

The application has been approved as Lidl bids to open a Pinhoe supermarket of its own in nearby in Pinbrook Road. 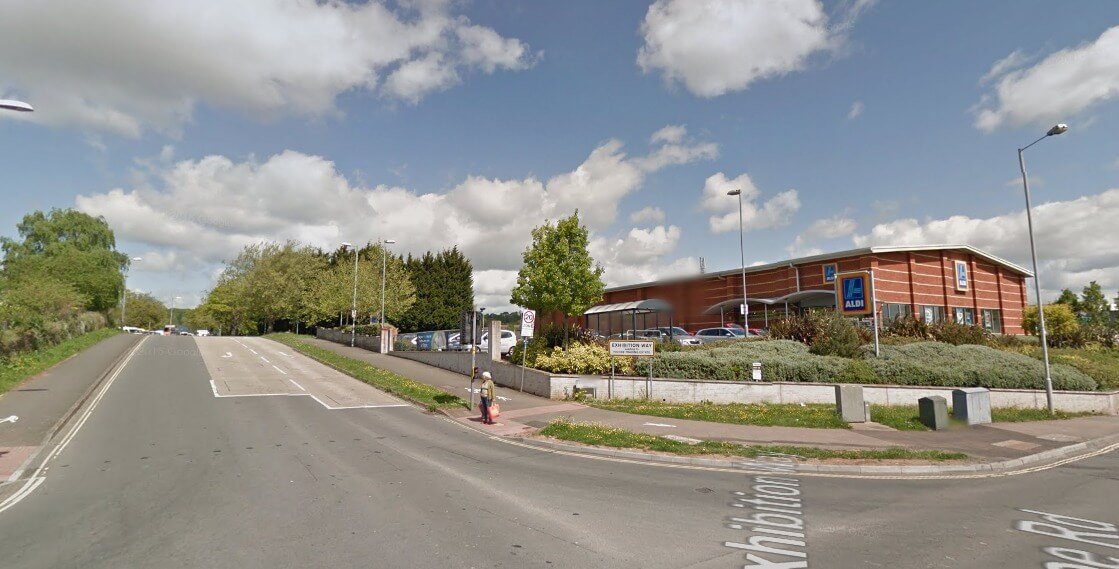 They added: “The larger stores will be used to provide a larger sales area and improved warehousing and staff welfare areas, and will include additional tills, wider aisles and an increased range of goods.

“The proposed replacement Aldi store will have economic benefits in respect of securing jobs and creating new jobs, while ensuring the scheme integrates with its existing surroundings.”

The application was approved by Exeter City Council officers under delegated powers.