Early-morning kayaker Dominick Horrell, from Sidmouth, photographed these Barrel jellyfish when he was on the water today, Tuesday.

Dominick, aged 50, from Peaslands Road, was kayaking towards Ladram with his wife, Lynn, when they spotted the creatures just off Big Picket rocks, near Lade Foot.

The couple set off at 7.30am and had been kayaking for almost an hour when the large jellyfish, measuring more than three-and-a-half feet wide, appeared.

Dominick, who was out on the water for around an hour-and-a-half, said: “We regularly kayak this time of year and like to get out early in the morning before it gets busy.

“The sea was nice and calm and flat this morning and after paddling for about three-quarters of an hour we saw these Barrel jellyfish just off of Big Picket rocks, near Lade foot.

“There were a few of them mostly at about three to four feet down, but a few were near the surface.

“These were about three to four feet across in size.” 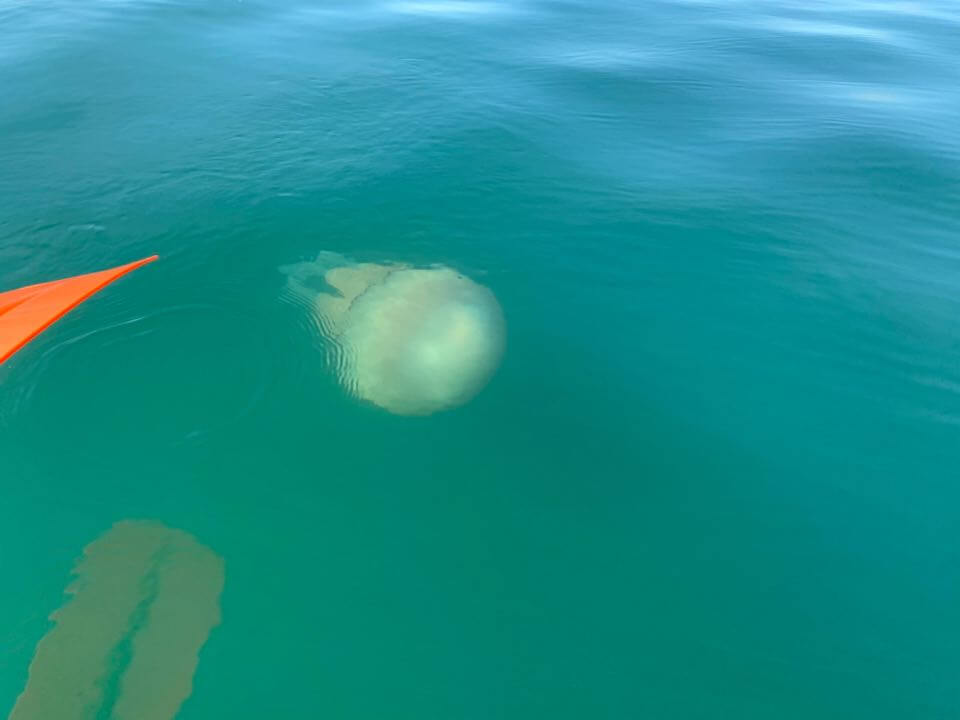 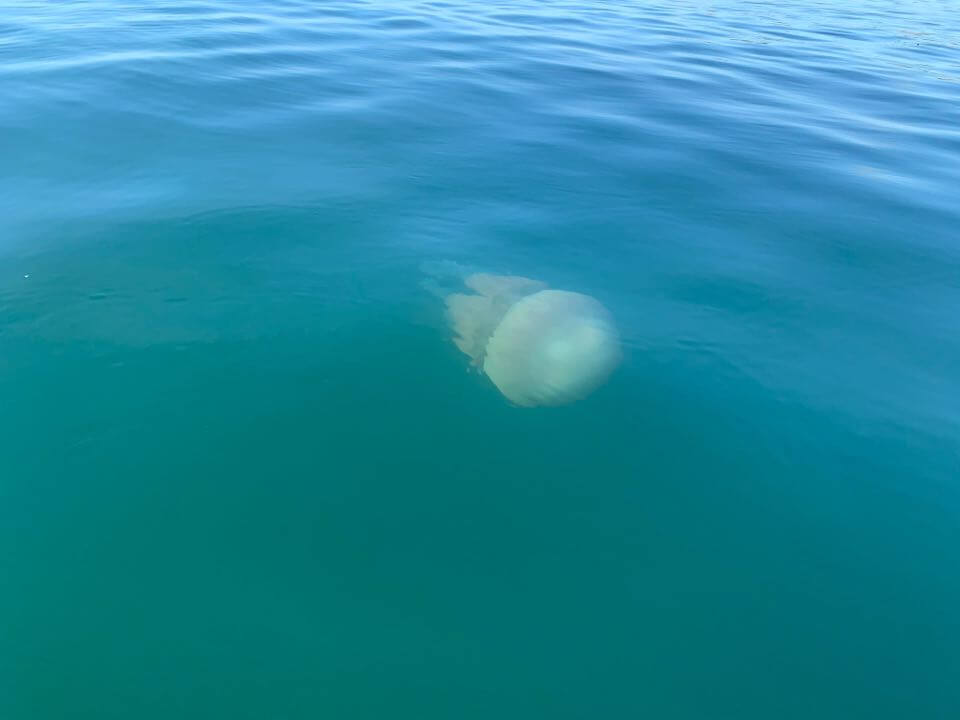 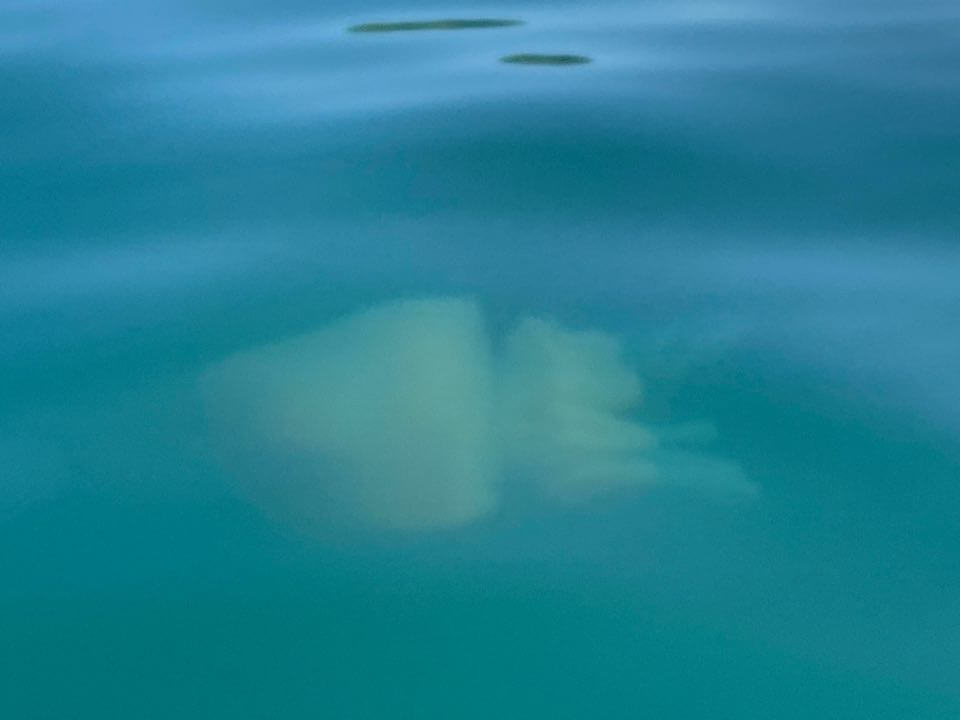 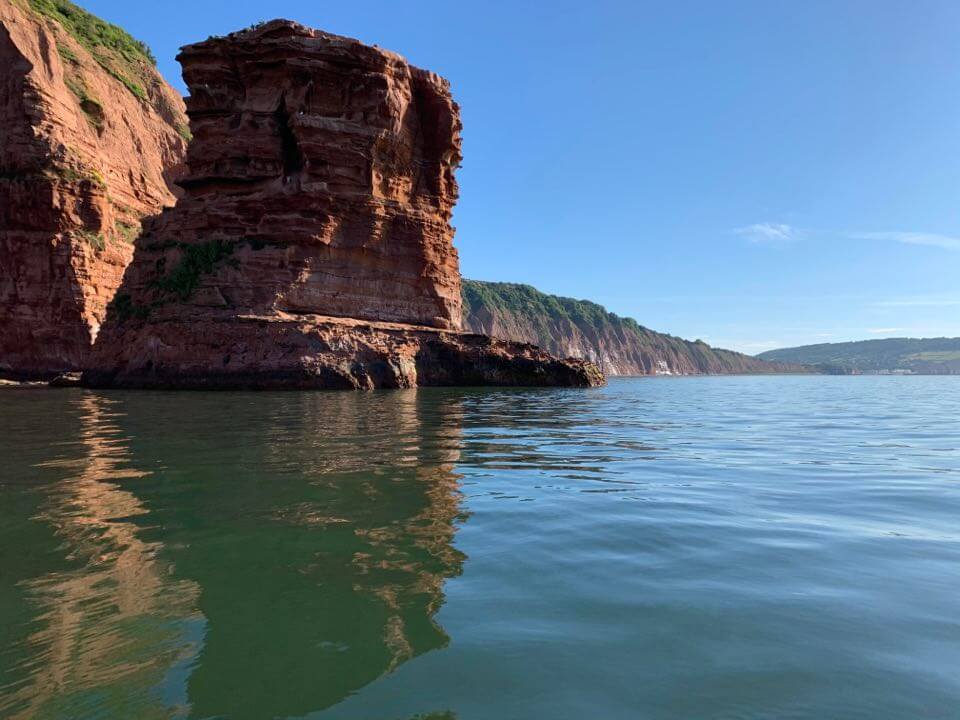 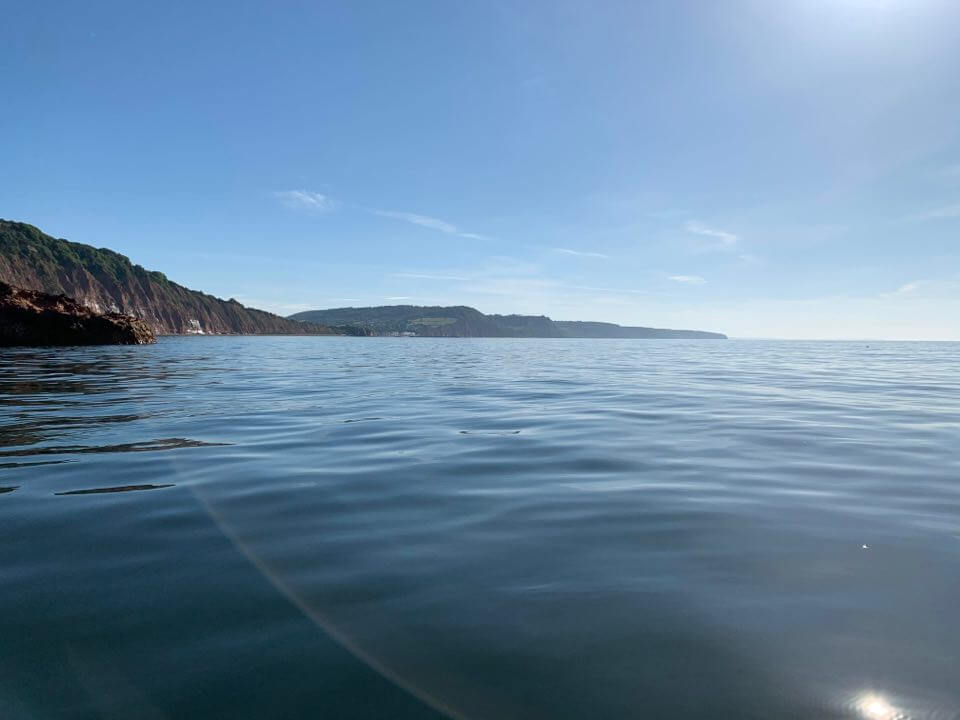 The Wildlife Trusts said translucent Barrel jellyfish, which can weigh up to 35kg, are common off Southern and Western coasts of Britain in summer months.