A stricken swimmer swept more than half-a-mile out to sea off Budleigh Salterton beach was rescued by the RNLI this evening (Monday, May 25).

Both of Exmouth’s lifeboats were launched after HM Coastguard received several reports of a person in difficulty in the water at around 5.10pm.

An extensive search of the area was carried out and the male swimmer was found a short time later and taken to safety. He was uninjured and did not need any medical help.

Exmouth RNLI helm Henry Mock said: “This was a very serious incident in which a gentleman had gone into the sea at Budleigh Salterton whilst not in a proper state to swim.

“He had got into difficulties almost immediately and found himself being swept out.

“It was very fortunate that several members of the public had witnessed the incident, dialled 999 for help, and we were able to get to the scene very quickly to give assistance.

“It was clear to me that the man was not capable of swimming back to shore himself. 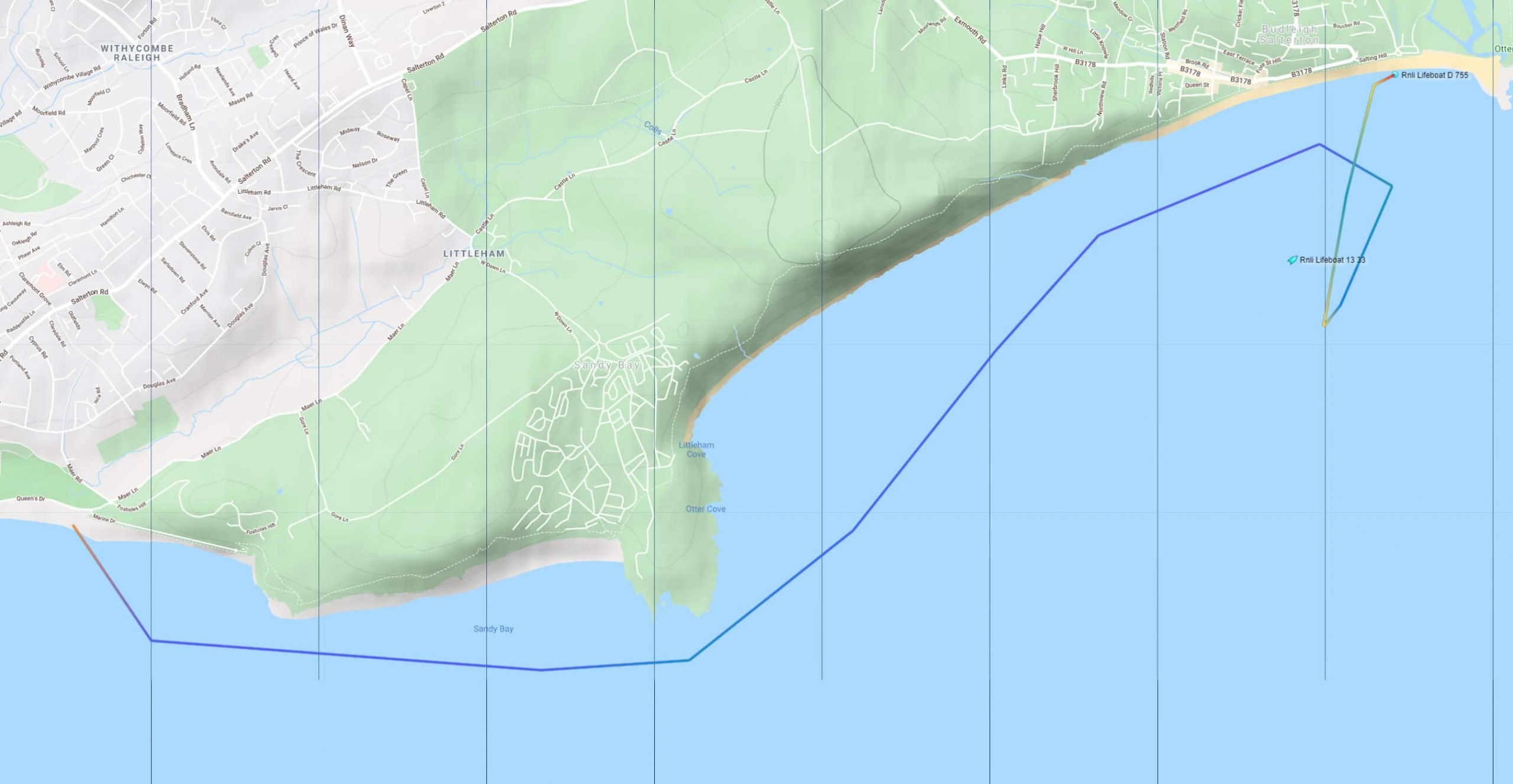 A map of the route taken by Exmouth the inshore
lifeboats. Image: Marine Traffic

“I would urge anyone thinking of swimming in the sea to make sure you are equipped, fit and able to do so, that it’s safe to swim and you are aware of the tides, current and the wave conditions. I’m glad this was a successful rescue and no-one came to any harm.”

The RNLI crew subsequently spotted a group of ten people walking on the beach around Orcombe Point towards Sandy Bay – when the incoming tide could have posed a danger.

They were given advice and ‘kept under observation’ until they reached a safe area, said Exmouth RNLI.

Both lifeboats were back on station in Exmouth by 6.40pm.