East Devon planning chiefs have given the go-ahead for a converted coach house in Alfington with views over the River Otter be used as a bed-and-breakfast.

The district council’s Development Management Committee approved a bid for the property at Alfington House to  welcome guests as holiday accommodation.

Previous planning permission granted in 2010 stated the Coach House could be used a small ‘dorm’ for  international students but not for commercial or business purposes.

Applicant Stuart Matthews asked East Devon District Council [EDDC] to vary the condition to allow it to be used as a B&B.

Committee members went against officers’ recommendations to reject the proposal and approved it by 13 votes to two.

No alterations will be made to the building. 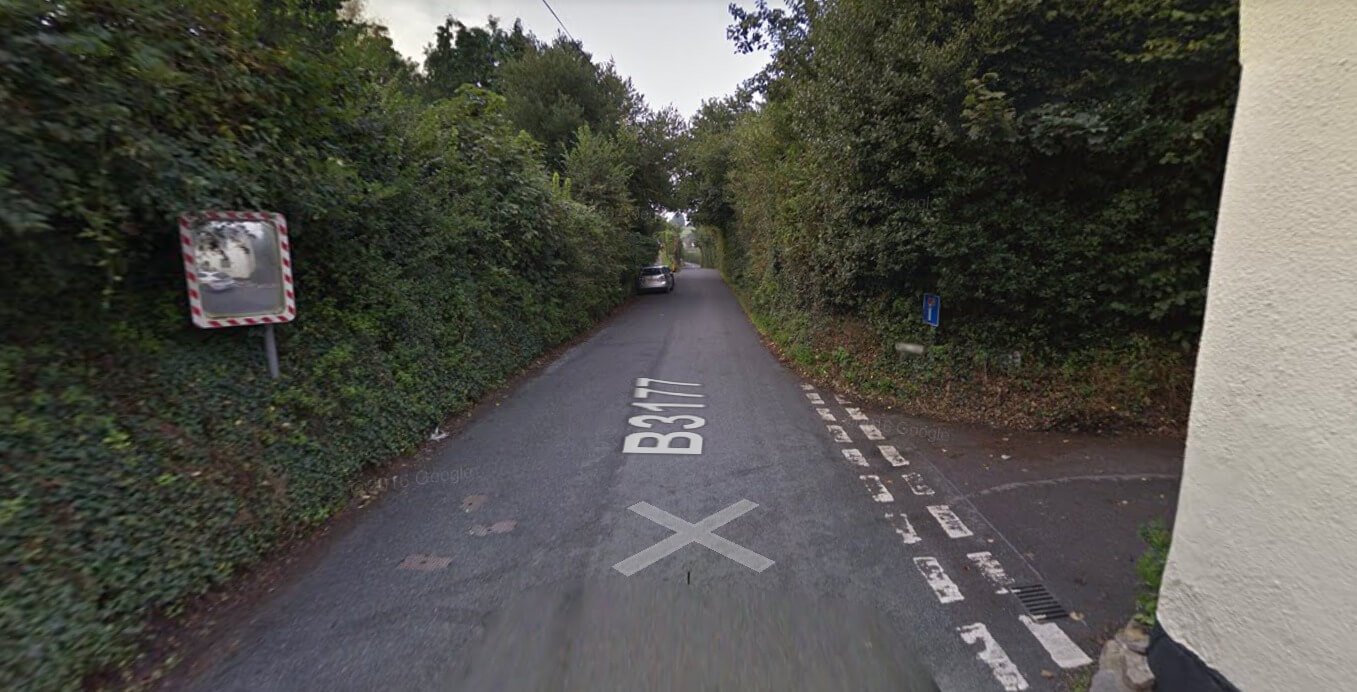 The junction in Alfington that Highways was concerned about. Image: Google Maps

The meeting on Monday heard that, while the new use would give rise to holidaymakers unfamiliar with the area coming and going, this has been well-managed so far and has not interfered with neighbour’s amenity.

EDDC officers had said the scheme should be turned down on highways grounds.

They said it would lead to increased use of a severely substandard junction where Church Lane meets the B3177 in Alfington which has poor visibility in both directions and emerging vehicles rely on mirrors to see oncoming traffic.

Mr Matthews challenged this reason for refusal and said the change-of-use would not lead to any extra traffic  over and above what has already been approved.

Councillor Olly Davey said: “If Highways are that concerned about the safety of the junction then they should put a better speed limit on it.

“The idea that holidaymakers be less familiar and therefore more prone to accidents is specious as they are more likely to be more careful that locals. I am baffled by the highways objection.”

Cllr Geoff Pratt added: “There is a visibility issue, but there are at least 25 properties using the junction in addition to the church and the village hall, so the one extra car is going to be very negligible. That objection should be ignored.”

Cllr Tom Wright said: “We have no control over who uses that building, so the argument about traffic is nebulous.”

Members backed the bid with a condition that the property can only be used for B&B purposes or those ancillary to the occupation of the main house.

The meeting heard that the Coach House has recently renovated to a very high standard.