Staff dressed as land girls and memories were shared when supported housing residents in Honiton  joined the rest of the UK to mark the 75th anniversary of VE Day.

Residents reminisced about the end of World War Two, playing games, listened to the songs of force’s sweetheart, Vera Lyn, and enjoyed an indoor street party.

Manager Bev Faulkner and catering staff, Helen Keefe and Clair Roberts, dressed as land girls while residents’ friends and family joined in the fun, toasting their loved-ones from a distance, standing outside in the High Street. 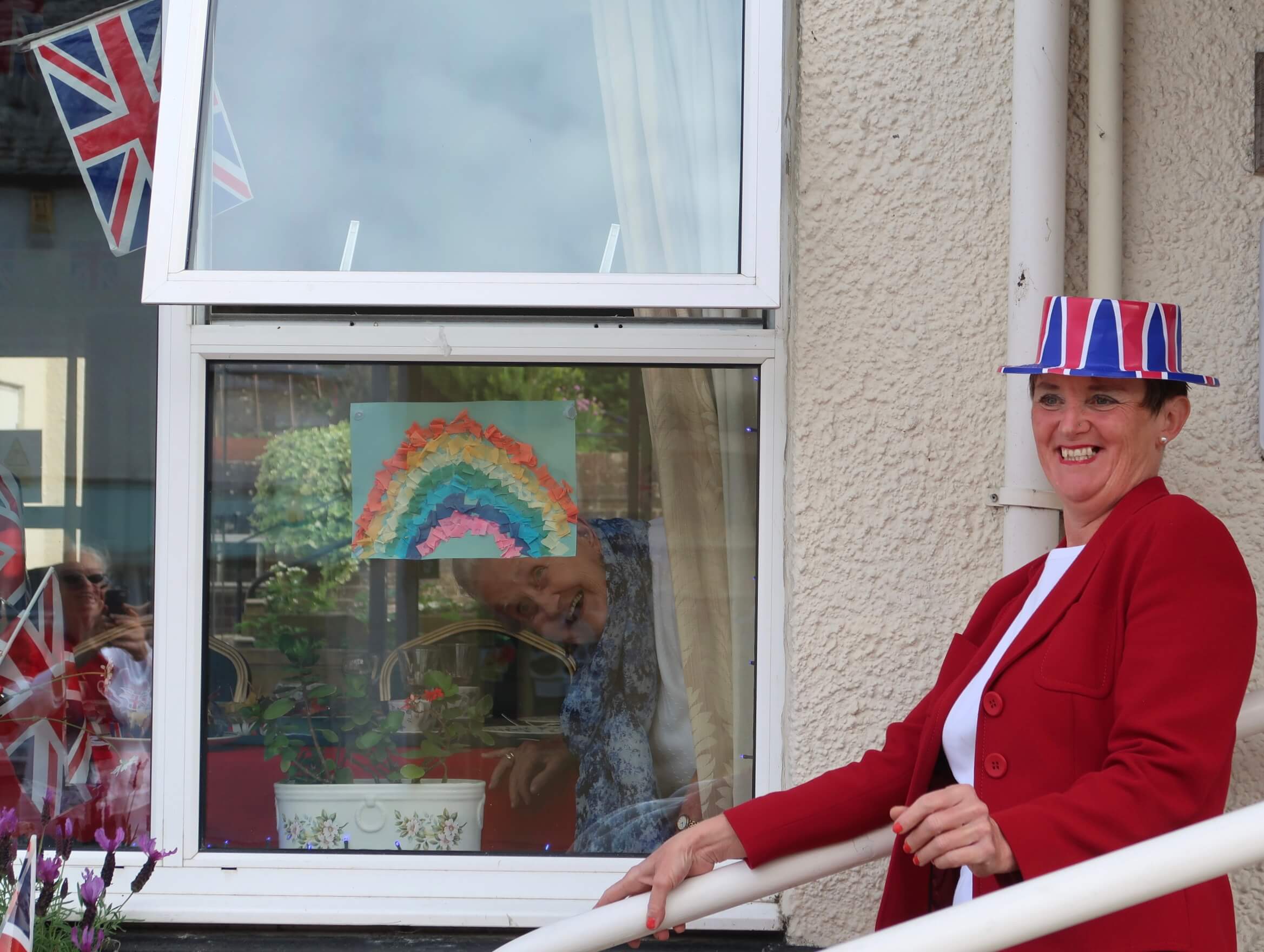 Bev Faulkner outside, with resident, Kath, inside.
Photo: Lee Tizard 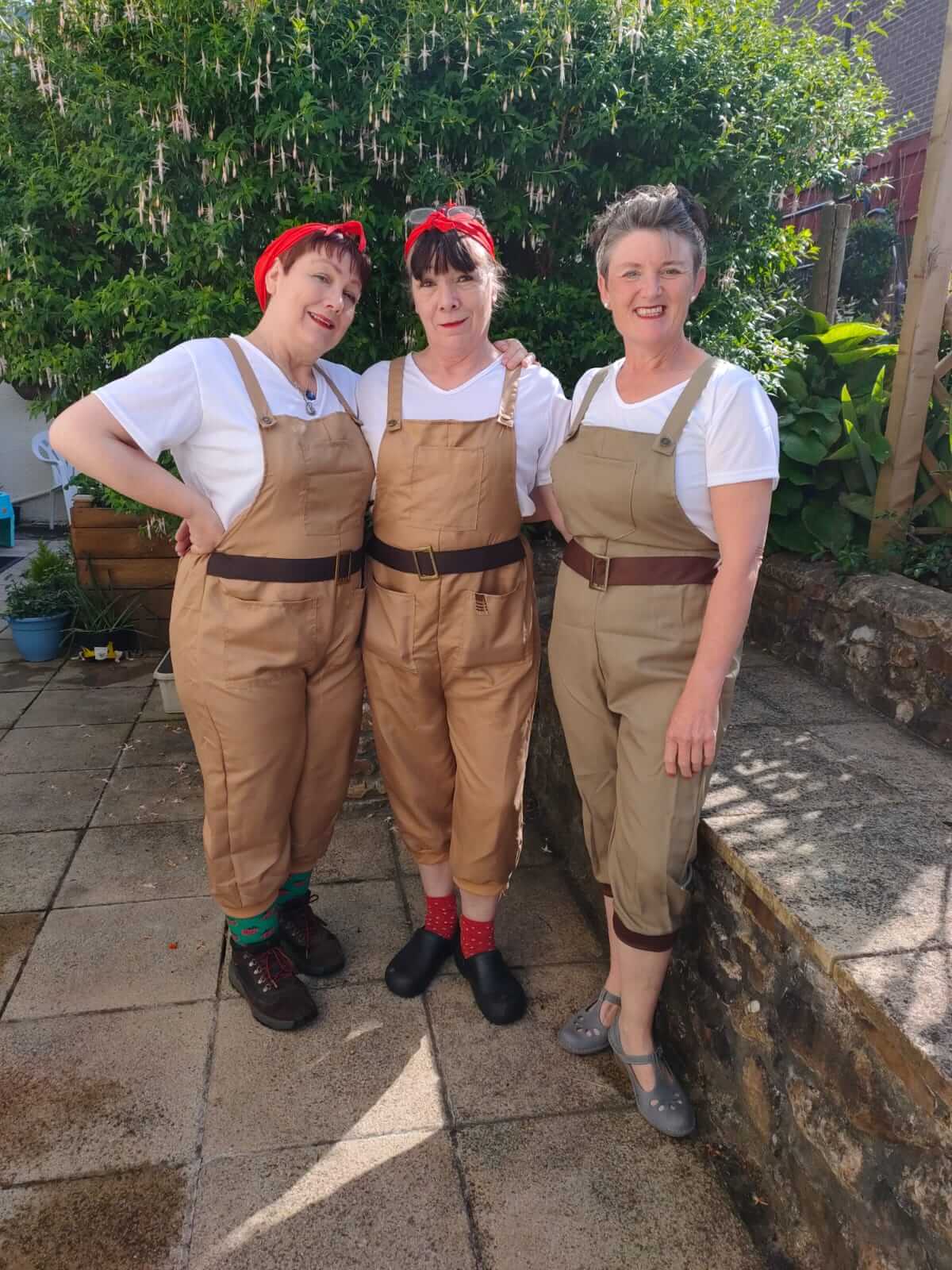 A Stanhope House spokeswoman said: “With the premises decked in flags and bunting – and window boxes bursting with red, blue and white flowers – the day began with the one minute’s silence followed by coffee and a sing-along of the popular World War Two tunes.

“A traditional British lunch of fish and chips wrapped in newspaper was served, then games were enjoyed and reminiscing shared to the background melodies of force’s sweetheart, Vera Lyn.

“Potato scones and salad – home-grown by the residents in Stanhope’s gardens – were on the menu for an indoor street party, whilst a few friends and family toasted the occasion from the High Street – social distancing being observed. The day concluded with the Queen’s Speech in the evening.”

She added: “Heartfelt thanks are conveyed to key workers Bev, Helen and Clair for ensuring the eight residents, all of whom had special memories of their experiences seventy-five years ago, enjoyed another truly memorable and joyous day.” 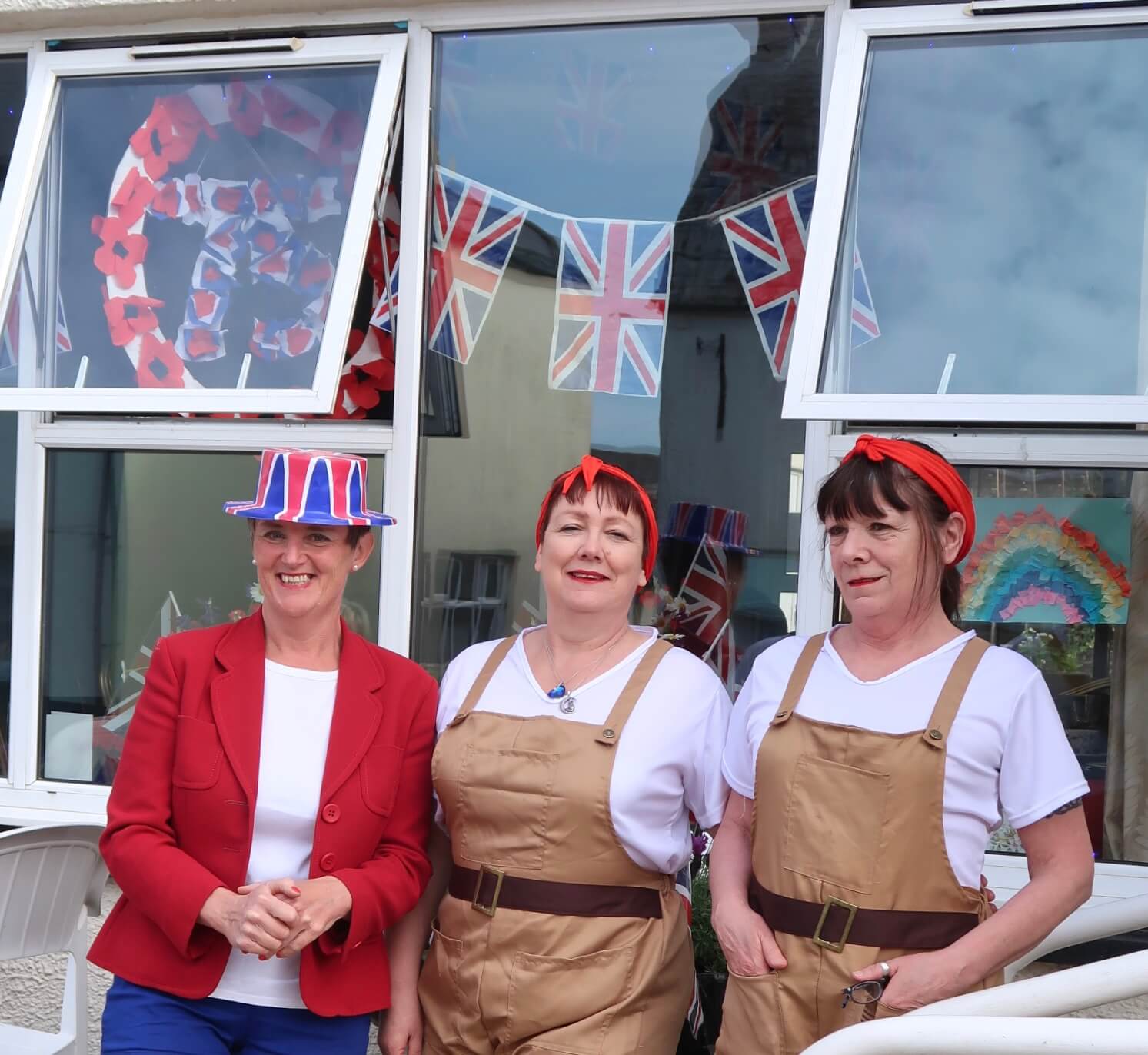