Tuesday, August 9
Trending
You are at:Home»News»Sidmouth»Glass panel on Sidmouth seafront to be removed as trial comes to an end

A glass barrier being tested on Sidmouth seafront is set be removed next week following a four-month trial.

The pane will then be examined before council chiefs decide whether a raised splash wall spanning The Esplanade can feature transparent sections.

Installed in January, the glazed item withstood the wrath of winter – including three major storms – but was shattered by vandals in March.

Controversial plans to raise the sea wall are part of a long-awaited £8.7million bid to boost Sidmouth’s coastal defences and safeguard its crumbling cliffs. 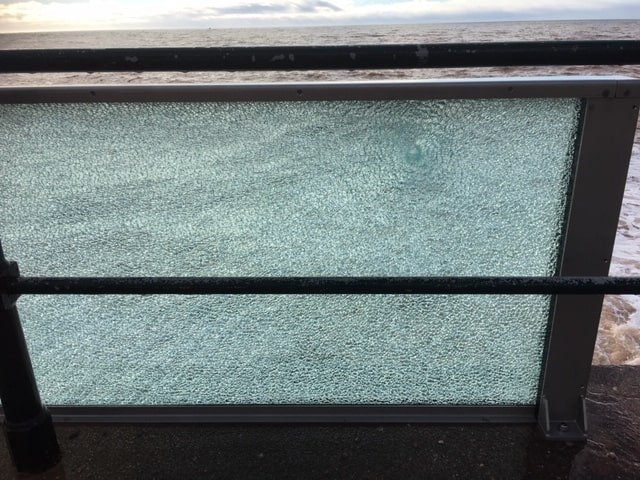 The  glass panel on Sidmouth seafront was smashed by vandals. Picture: EDDC

Glass panels, gates and drop-down doors are among options beach management scheme bosses are considering for a mooted one-metre-high structure.

An East Devon District Council (EDDC) spokesperson said: “Although the panel survived everything the sea could throw at it, including a number of heavy storms, the land-side part of the panel was vandalised in March.

“The panel will go back to the contractor’s depot for a thorough examination to see if it is still a viable option for the future.

“Feedback on the panel’s suitability has been generally positive, and it’s hoped it will prove to be a viable option along at least part of the much-needed raised splash defence.

“In light of the coronavirus pandemic and to ensure the safety of our contractors and the public, please do not gather to watch its removal.” 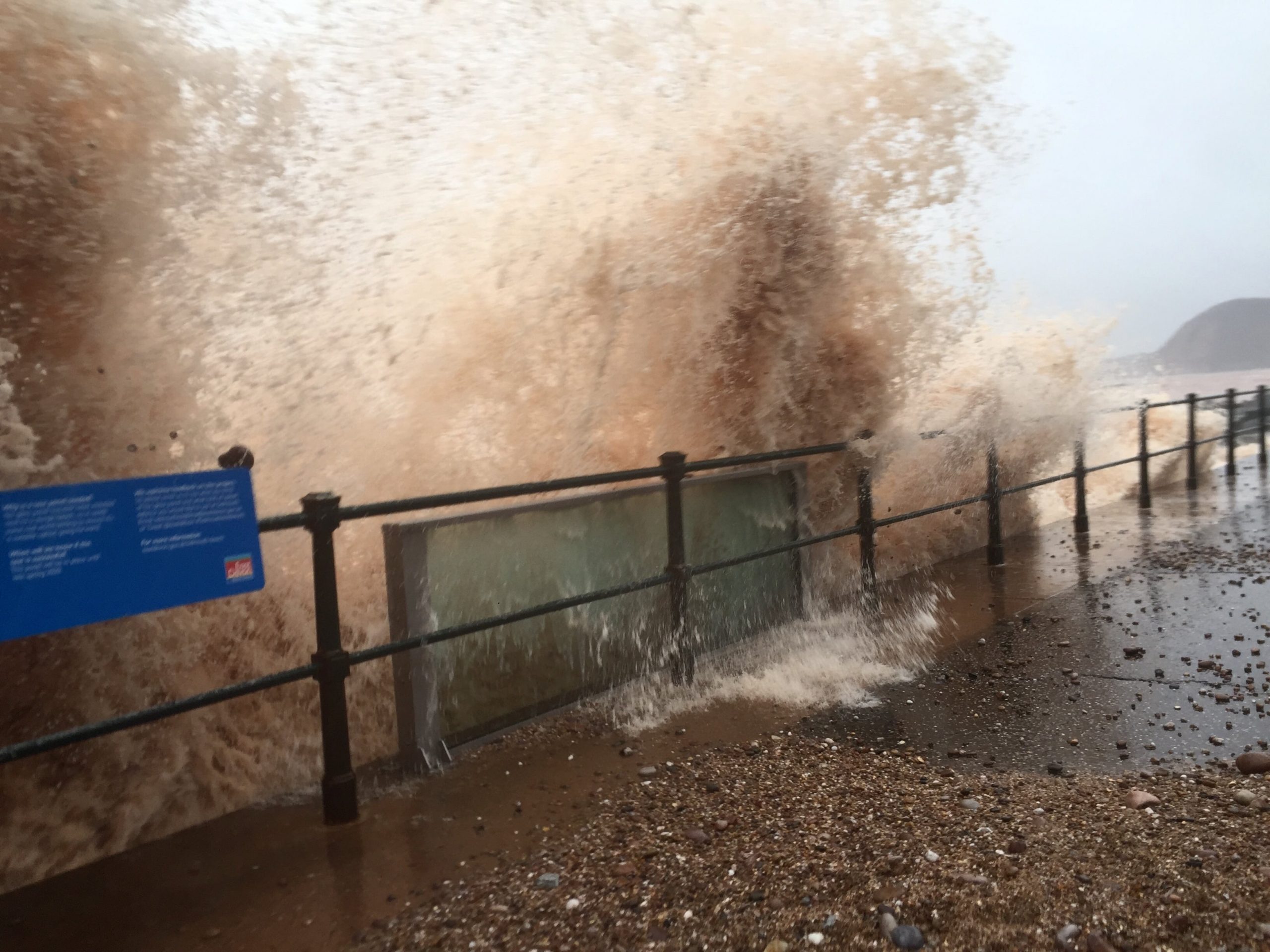 EDDC revealed yesterday (Thursday) that a funding shortfall of more than £1million for the Sidmouth Beach Management Plan (BMP) has been bridged.

It means the project can move forward with a full business case and detailed designs created before planning permission is sought.

The preferred option for a scheme would see a new rock groyne placed on East Beach, shingle imported, and the height of the seafront splash wall increased.

The EDDC spokesperson added: “The council is planning to host a public exhibition, when circumstances allow, in order to gather feedback on the details of the proposals, including the glass splash panel, prior to submitting a planning application.”