Police are treating a fire which wrecked a garage in Axminster early this morning (Tuesday, May 12) as arson.

Officers are appealing for information following the blaze in Poplar Mount which is believed to have started at around 3am.

Firefighters from the town and Charmouth battled the flames to stop them spreading to neighbouring units.

The contents of the garage were 80 per cent damaged by the blaze, while there was 100 per cent smoke damage. 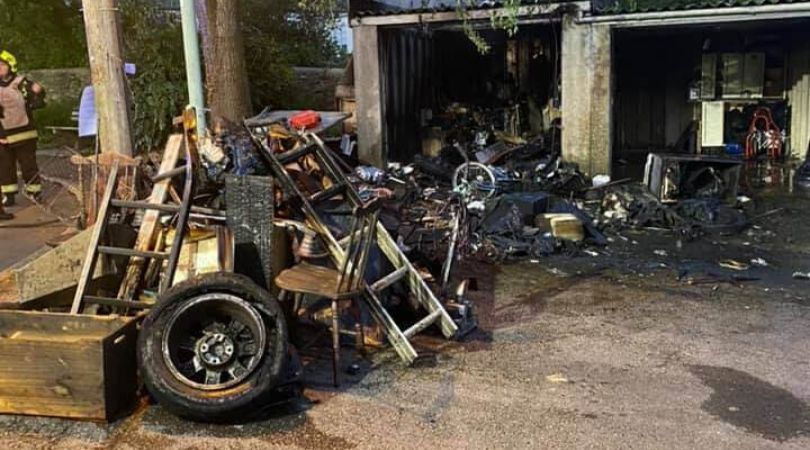 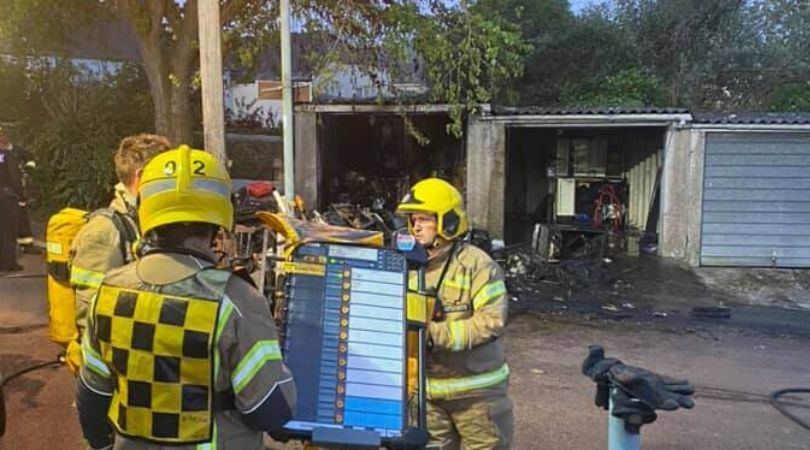 A Devon and Cornwall Police spokesperson said: “Police are treating a fire at a block of garages owned by EDDC [East District Council] at Poplar Mount Car Park, Axminster, which occurred around 3am this morning, Tuesday 12 May, as arson.

“Police investigations continue and anyone with any information which could assist their enquiries should contact police on 101 or emailing 101@dc.police.uk, quoting crime reference CR/037772/20.”

An EDDC spokesperson said: “‘We have been notified about a fire at the Poplar Mount Garages in Axminster earlier today where two garages were extensively damaged.

“We are unaware of what caused the fire and are working with the fire service to find out more.’

Fire crews from Axminster and Charmouth were called at around 4.10am after several members of the public dialled 999.

A Devon and Somerset Fire and Rescue Service spokesperson said: “On arrival, the garage was well alight and crews quickly got to work using two breathing apparatus sets, two hose-reel jets, a safety jet and a thermal imaging camera.

“The fire was contained to one garage at this time and the adjacent garage was emptied as it contained motorbikes.