No emergency action is planned to protect crumbling cliffs in Sidmouth – as council chiefs are focussed on a long-term scheme and its funding shortfall.

A number of landslides have sparked calls for temporary rock revetment to be placed at Pennington Point until the fate of a permanent project is finalised.

Eastern town is now completely open to severe south-easterlies and we can only hope that we don’t experience one of those next winter. On top of Covid-19 and lockdown, it would be disastrous for our local economy here in Sidmouth – Cllr Stuart Hughes

Councillor Stuart Hughes had even paved the way for contractors erecting a replacement Alma Bridge nearby to put the rock armouring in place.

The authority added that an emergency situation ‘does not currently exist’.

Cllr Hughes, who has been calling for emergency action, told eastdevonnews.co.uk: “Whilst it may seem OK to some at present…we have only a very small window of opportunity before the autumn storms are upon us once again. 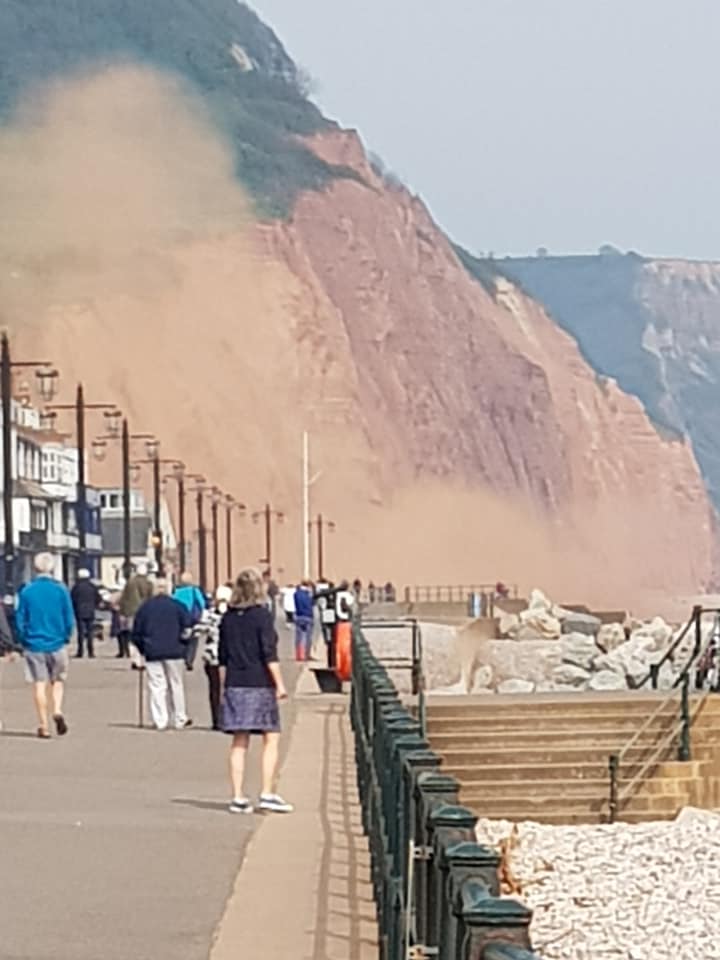 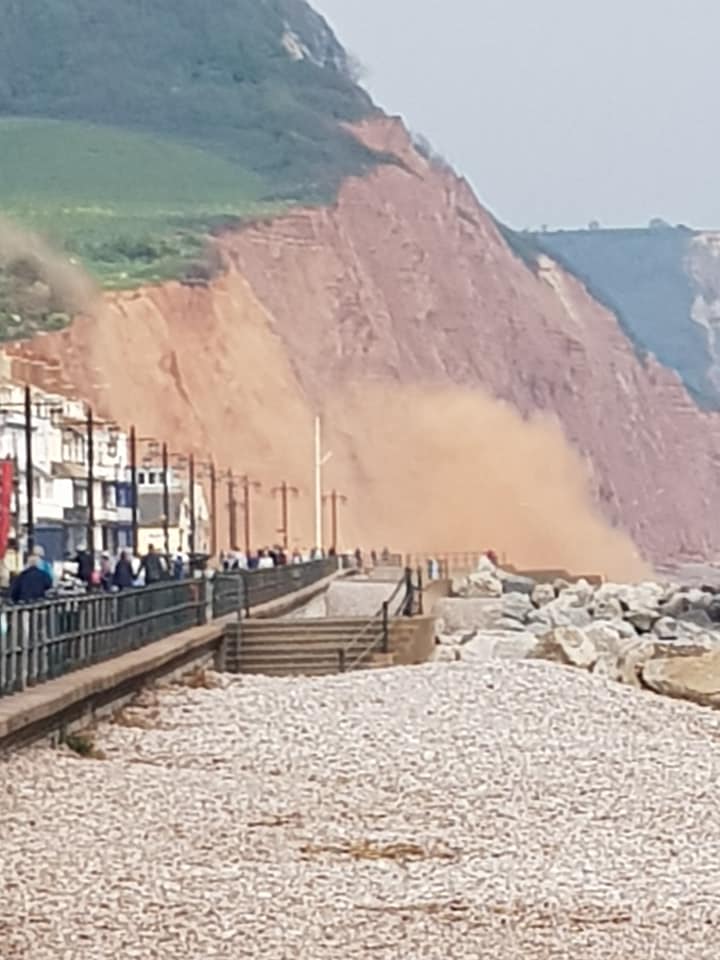 “The run of cliff falls we are experiencing at the moment is that the wet cliffs are now drying out and they then fall away.

“The Pennington Point/cove is particularly worrying as the sea, as I predicted, is now getting in behind the old bridge abutment and that, too, now is under threat.

“We can only hope that a case is pulled together within the next few weeks to address the temporary/emergency works that are required.

“Eastern town is now completely open to severe south-easterlies and we can only hope that we don’t experience one of those next winter.

“On top of Covid-19 and lockdown, it would be disastrous for our local economy here in Sidmouth.”

The preferred option of the Sidmouth BMP would see a new rock groyne placed on East Beach, shingle imported, and the height of the seafront splash wall increased.

However, around £1million still needs to be found to fund the scheme. 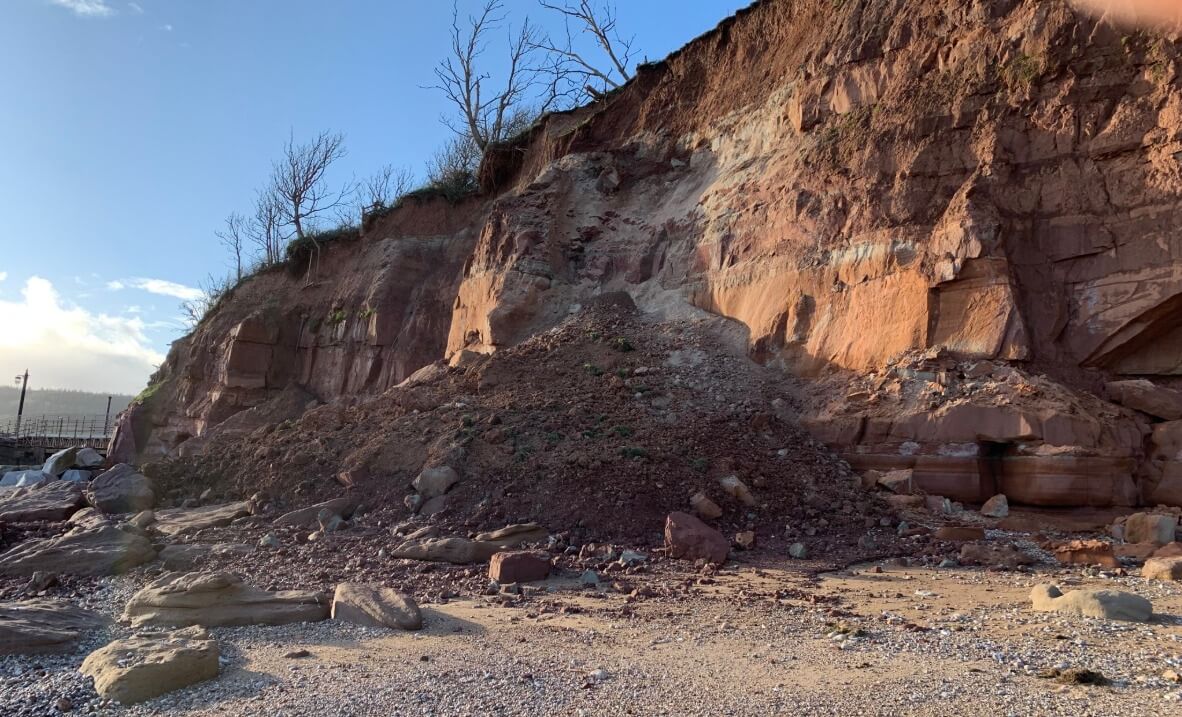 An EDDC spokesperson said: “Cliff falls are a natural and unpredictable occurrence along the East Devon coast.

“This is because the rock from which the cliffs are formed is soft and therefore prone to rock falls and landslides, which can happen at any time, although heavy rainfall can trigger incidences.

“It cannot, however, stop cliff falls. In fact, many of the recent cliff falls are beyond the area the BMP will protect, occurring further east on National Trust land.

“In terms of the medium-term works, this was a call for rock revetment to protect the area near Pennington [Point], where there are properties along Cliff Road.

“We are not progressing that at the moment as an emergency situation, as defined by the Environment Agency, does not currently exist.

“Our current priority is to focus on meeting the funding gap for the BMP so that we can deliver the scheme, which will protect the whole frontage of Sidmouth.” 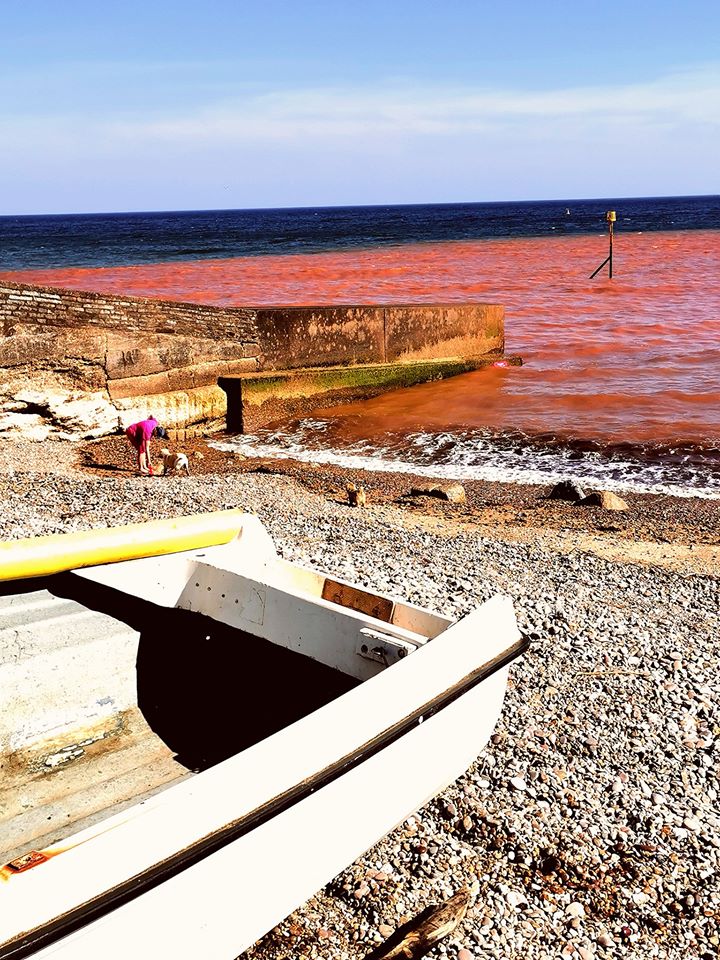 Jutta Gorf took this photo of a red sea at Sidmouth at around 5pm on April 21. Picture: Jutta Gorf

Calls for action came after tonnes of rubble crashed onto East Beach in a dramatic cliff fall in March – one of several this year.

Jutta Gorf photographed a red sea off the town on April 21.

An Environment Agency (EA) spokesperson said at the time: “During this time of year algae comes into the water, caused by sunlight.

“The algae escalates when it is calm weather and quite warm. It’s an algae that grows, when you see it sometimes it has different colours and can look red.

“It could be that, but it is more likely to be discolouration caused by cliffs.”