A sign marking the end of a dog ban area at Jacob’s Ladder beach in Sidmouth has been destroyed in an ‘act of arson’.

District council workers discovered the item had been badly burnt yesterday morning (Wednesday, May 6) and have reported the matter to police.

The ‘deeply disappointed and frustrated’ authority says it will seek a prosecution if the culprit is found.

An East Devon District Council (EDDC) spokesperson said: “It is deeply disappointing and frustrating that, during the midst of the Covid-19 epidemic, someone thought that setting fire to our sign marking the end of the dog ban area at Jacob’s Ladder beach was the right way to express their opinion.

“By doing so they committed an act of arson, which is not only a criminal offence, but also an unacceptable piece of antisocial behaviour which runs contrary to the outstanding community effort that everyone is contributing to at a time when we are all trying to keep pressure off our key local services, including Devon and Somerset Fire and Rescue and Devon and Cornwall Police.

“We take all acts of vandalism extremely seriously and, yes, regrettably we have had to report this to the police. If identified, the perpetrator will be prosecuted.

“We will replace the sign, but it should be noted that the cost for doing so – requiring both manpower and the actual sign – is ultimately at the expense of the public.” 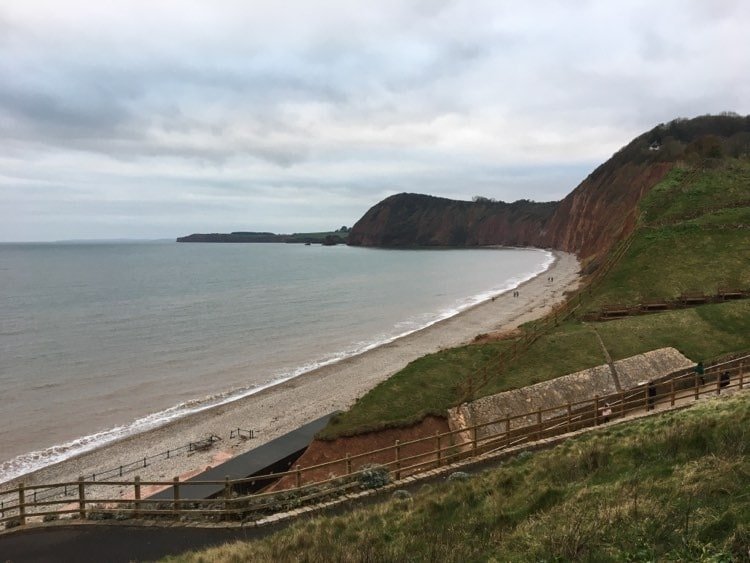 EDDC’s seasonal dog ban came into force on beaches on May 1 – despite pleas for the restrictions to be suspended during coronavirus lockdown.

The authority said ‘a number’ of residents had asked for the move to be delayed, however, legislation did not allow for it.

It added that coastlines had been ‘very quiet’ during April and the views of those who do not wish to be bothered by canines also had to be considered.

Four-legged friends are now not allowed on parts of beaches in Exmouth, Sidmouth, Budleigh Salterton, Seaton and Beer.

The ban, which runs until September 30,  is part of EDDC’s Public Spaces Protection Orders(PSPOs).