A developer behind a bid to build for 40 zero-carbon ‘smart homes’ in Pinhoe, Exeter, has increased the number of ‘affordable’ dwellings proposed.

City council planning chiefs delayed deciding the fate of the scheme on land between Pulling Road and Church Hill in February as they felt the initial 15 per cent allocation was too low.

Now Verto Homes has upped the number from six to 10 – a quarter of the overall number of units – following talks with the authority.

Exeter City Council’s planning police states new developments should be made up of 35 per cent of affordable homes.

Councillors also asked for a pair of electric car charging points to be provided per house, but the applicant says that this would be an ‘over-specification’.

Council officers are again recommending the planning committee approves the scheme when it meets virtually next Monday (April 27).

A report to members says: “Officers have discussed the affordable housing provision with the agent stressing that the original level proposed was unacceptable and, without a significantly enhanced offer, it is likely that the application would be refused.

“The applicant is keen develop this site within Exeter and accordingly has agreed to increase the number of affordable housing by additional four units on-site.

“It is acknowledged that even the reduced level does not meet the 35 per cent requirement, but it is considered that this latest offer represents a significant enhanced level of affordable housing than originally proposed and accordingly the scheme is recommended for approval.” 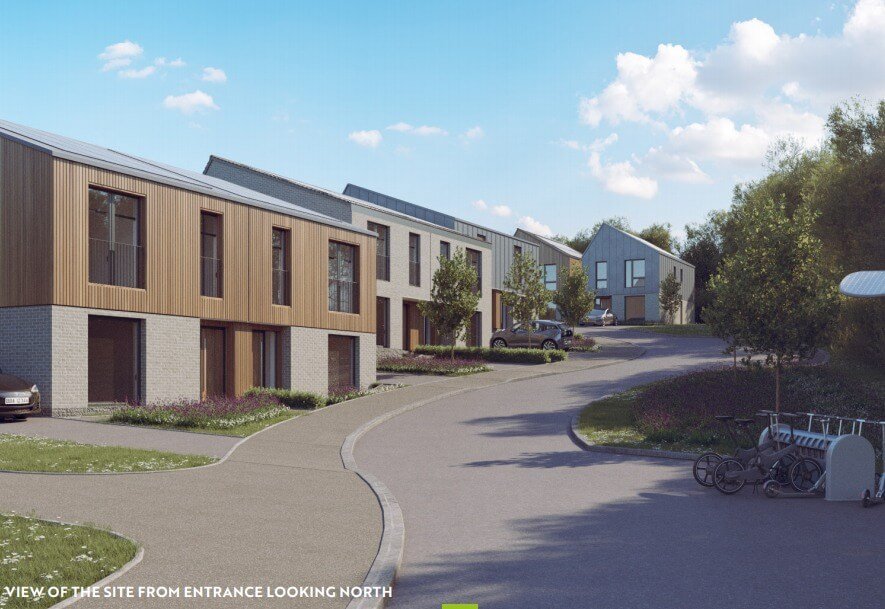 Verto Homes has also reduced the number of allocated parking spaces for residents by seven and increased visitor spots by three.

The report adds: “While it can be reasonably assumed that residents of this zero-carbon development may be more inclined towards a lower level of car ownership, these aspirations may not be shared by visitors to the site.

“The provision of two charge points would only serve to meet the extremely unlikely situation that both cars are driven to the point of almost empty and both return home at the same time and both vehicles require an urgent charge in order to proceed with an onward journey.

“It is therefore not considered practical or advisable to engineer a solution for such a rare customer behaviour.

“The fundamental issue remains that the construction of zero-carbon dwellings results in a reduction in affordable housing provision.

“However, this is considered an acceptable compromise which will result in both additional dwellings to meet the five-year housing supply and a housing product which meets the overall aims of the council commitment toward being carbon neutral.

“Accordingly, it is considered that the application is acceptable.”

Exeter news: Decision over Pinhoe plan for 40 zero-carbon ‘smart homes’ delayed due to concern over the number of affordable dwellings