Saturday, October 24
Trending
You are at:Home»News»East Devon»Seaton»Driver trapped in overturned van at Seaton is rescued by firefighters

The driver trapped in an overturned van that crashed at Seaton on Sunday morning was rescued by firefighters.

Fire crews from Seaton, Colyton and Exmouth were yesterday (April 12) called to Harepath Hill after being alerted by police.

The man driving the van was freed from the vehicle and given first aid by firefighters until paramedics arrived.

A spokesperson for Seaton fire station said: “Crews arrived on scene to find the driver of the vehicle physically trapped within the vehicle.

“A short extension ladder was used to aid the casualty from the vehicle and environmental pads were used to prevent any fluids from escaping the scene.” 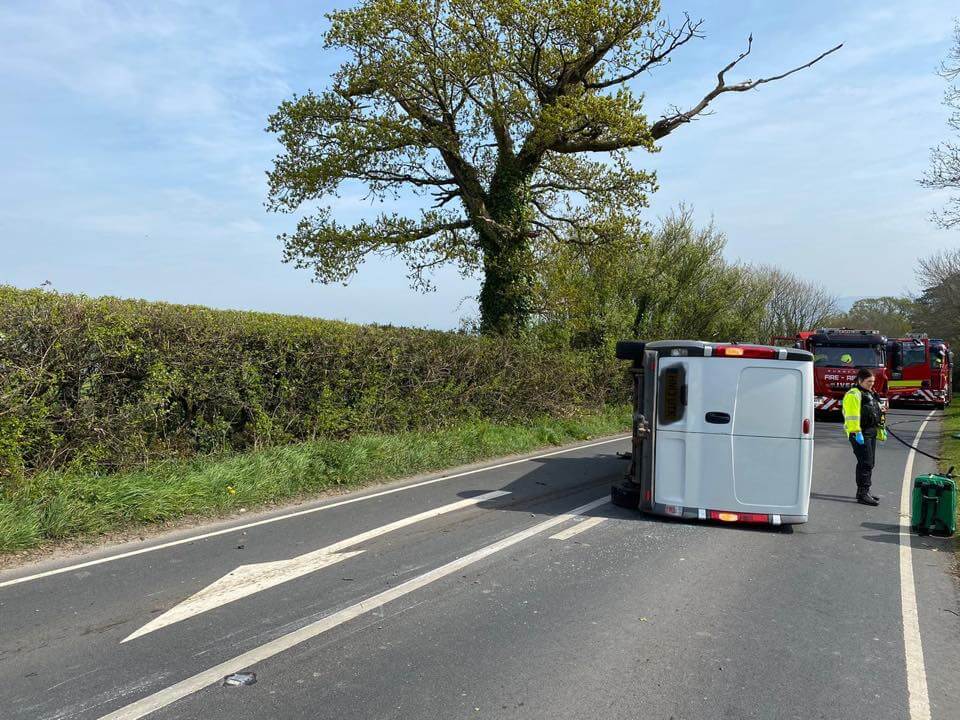 Devon and Somerset Fire and Rescue Service was called shortly after 11am after receiving a call from police reporting a collision.

Crews rescued the driver of the van and stopped fuel from spilling onto the road.

“Another fire appliance from Exmouth was mobilised with specialised stabilising equipment due to reports of the van being on its side.

“On arrival, the incident commander confirmed that one van had overturned on a public highway with one male still trapped inside.

“Crews got to work to release the casualty using a triple extension ladder and a hose reel jet.

“Crews gave first aid to the casualty upon his release until paramedics were on scene.

“The incident was handed over to police.”