Boat users have been warned the hobby is ‘non-essential’ after RNLI volunteers had to rescue two people aboard a stricken catamaran off Exmouth.

Emergency services were alerted when the 30ft vessel was spotted sailing ‘erratically’ and seen colliding with several buoys on the River Exe yesterday evening (Saturday, April 4).

I would echo the current advice from the Exeter Port Authority that recreational use of the River Exe, canal and other waters under its control is deemed as non-essential and we would urge water users to heed that sensible advice…

A short time later the crew found the catamaran – with two men on board – had run aground on Pole Sands.

Its occupants were taken to Exmouth Marina where they were met by police.

Exmouth RNLI volunteers then set about safely securing the vessel before returning to the lifeboat station at 8.30pm. 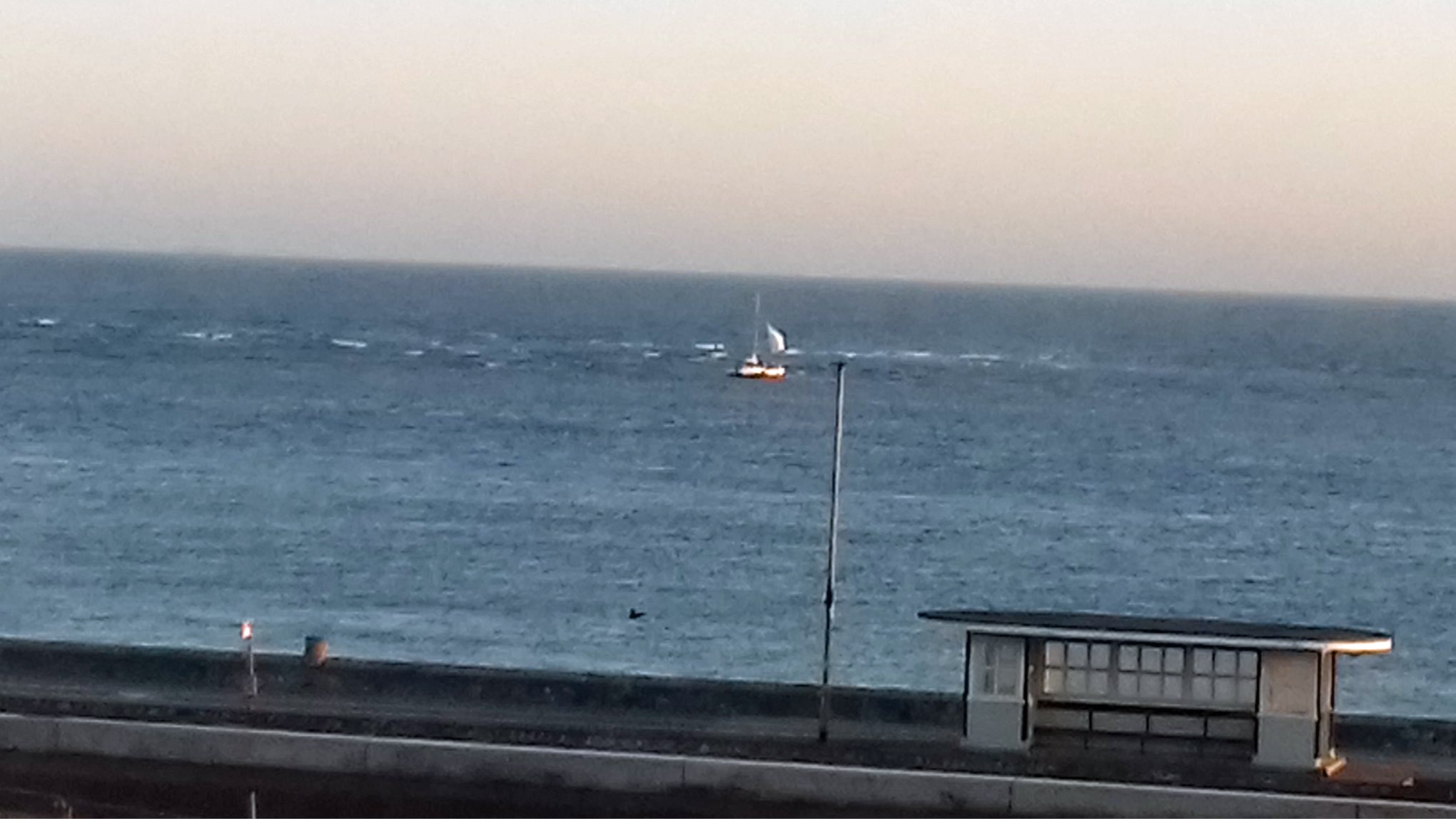 Helm David Preece, who had alerted his colleagues to the incident, said: “I first saw the catamaran sailing erratically on the River Exe where it collided with a number of buoys and appeared in some difficulty.

“We were on the scene very quickly, by which time it was apparent the vessel had gone aground.

“Our volunteer crew took the two individuals to the safety of Exmouth Marina and later secured the vessel.

“I would echo the current advice from the Exeter Port Authority that recreational use of the River Exe, canal and other waters under its control is deemed as non-essential and we would urge water users to heed that sensible advice.”

The incident was also reported to HM Coastguard by an off-duty member of the National Coastwatch Institute. 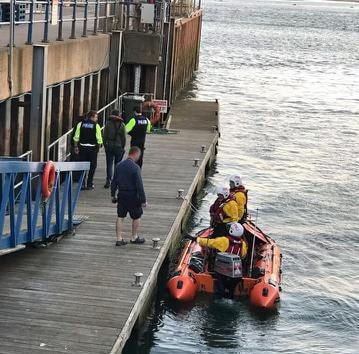 Police speak to the two individuals who were on board the vessel. Picture: Rob Vince/RNLI

In it, he said: “As far as recreational use of the river or canal is concerned – eg use of leisure vessels, kite surfing, paddle boarding etc – it is not essential and those who break the new laws could be fined for doing so.

“Use of the river and canal at this time for recreational purposes could put the ports staff and emergency services at unnecessary risk. The guidance I have received is that exercise should be done from home.”

The Exmouth RNLI lifeboat was launched by volunteer shore crew Carl Halford, Henry Mock and Robert Thompson and was under the command of helm Mr Preece and volunteer crew Scott Ranft and Harry Griffin.