Friday, July 30
Trending
You are at:Home»News»Sidmouth»Sidmouth bridge is shut to stop people venturing onto danger beach – as coronavirus halts work on new structure

Alma Bridge in Sidmouth has been closed off to stop people venturing onto a dangerous stretch of beach blighted by an ‘unprecedented’ number of cliff falls.

Residents and visitors have been spotted risking life and limb by making their way onto the shingle at Pennington Point.

This despite the risk posed by the crumbling coastline and the country being in coronavirus lockdown.

Along with self-isolation/lockdown, the last thing we want is for someone to get seriously hurt or killed by being able to get onto this section of beach – Cllr Stuart Hughes

County council bosses have now closed and barricaded the old structure which, prior to the virus crisis, had been set for demolition on April 6.

Work on a brand-new bridge over the River Sid 40metres upstream has also been halted. It had been due to open this spring.

Sidmouth representative and Devon County Council (DCC) cabinet member for highways Stuart Hughes said there has been an ‘unprecedented amount’ of landslides at East Beach this year. 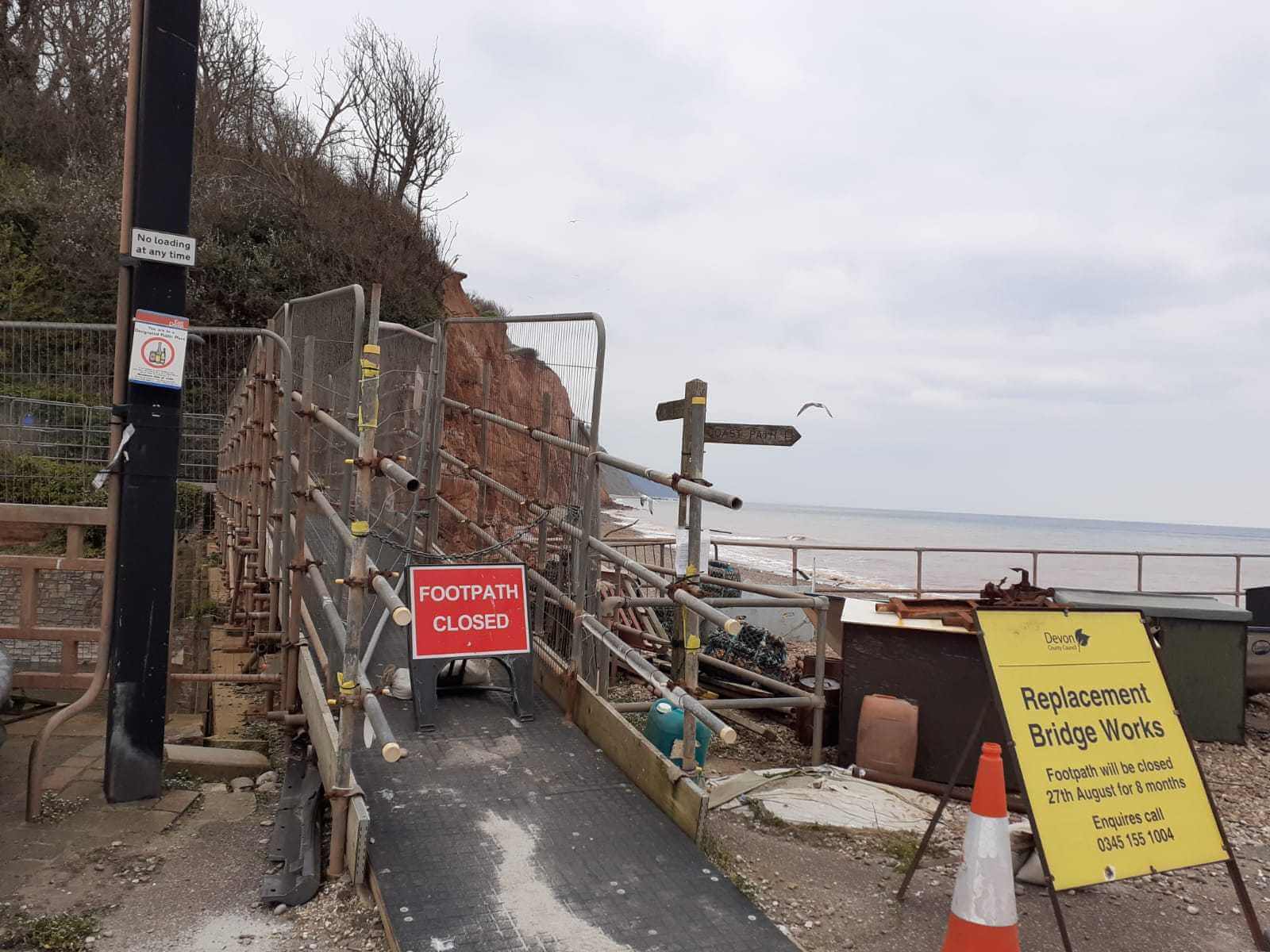 Councillor Hughes told eastdevonnews.co.uk: “Our (DCC) contractors were taken off site due to COVID-19 and not being able to self-distance due to the nature of the bridge work.

“They are therefore unable to demolish the old bridge as planned in the week commencing April 6.

“There were several visitors/residents crossing the old bridge last Sunday and going onto East Beach, which is seeing frequent rock falls.

“Along with self-isolation/lockdown, the last thing we want is for someone to get seriously hurt or killed by being able to get onto this section of beach.

“The bridge was therefore made secure so no-one can gain access to cross from the Ham turning circle side and additional signing has been placed at Weston Mouth advising walkers that the access from the beach at Sidmouth is closed.”

The original Alma Bridge was designed by architect RW Sampson in the early 1900s. 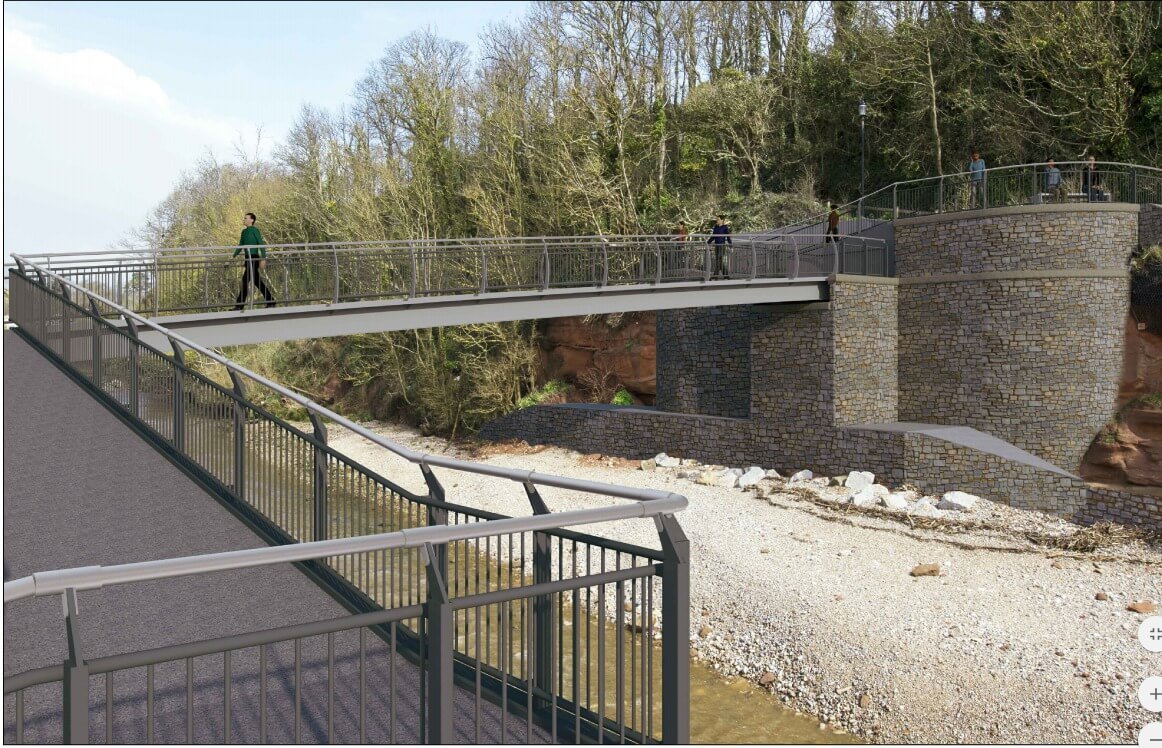 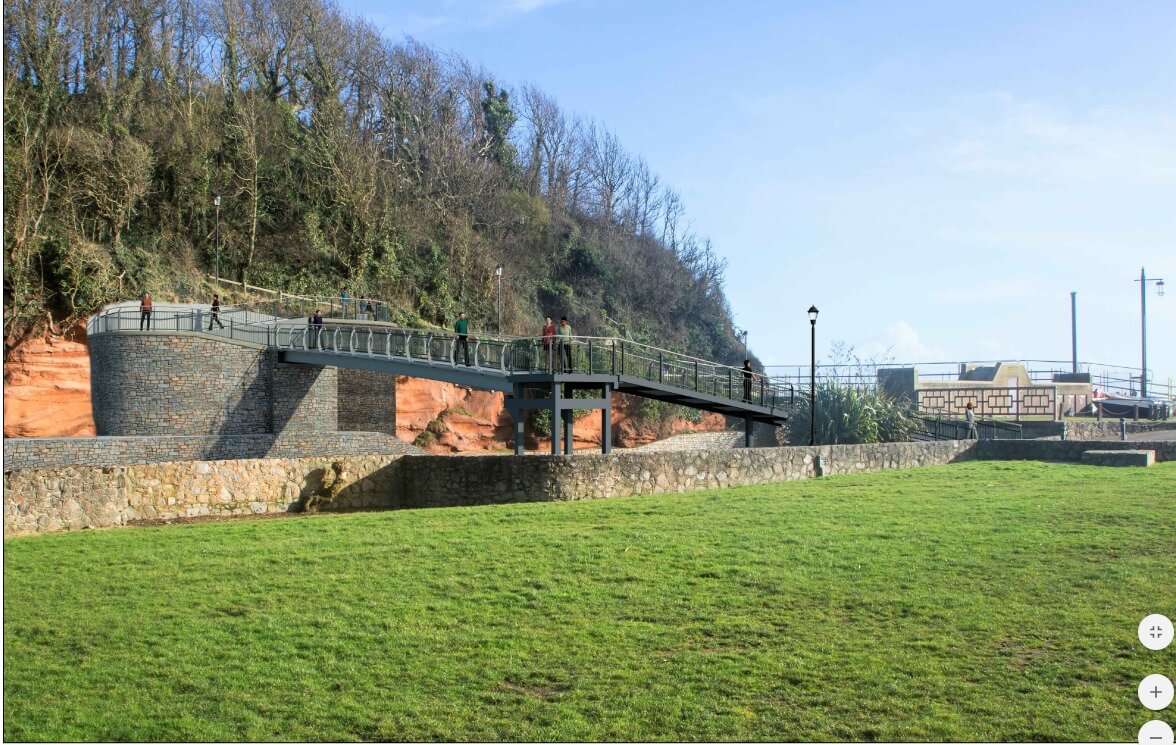 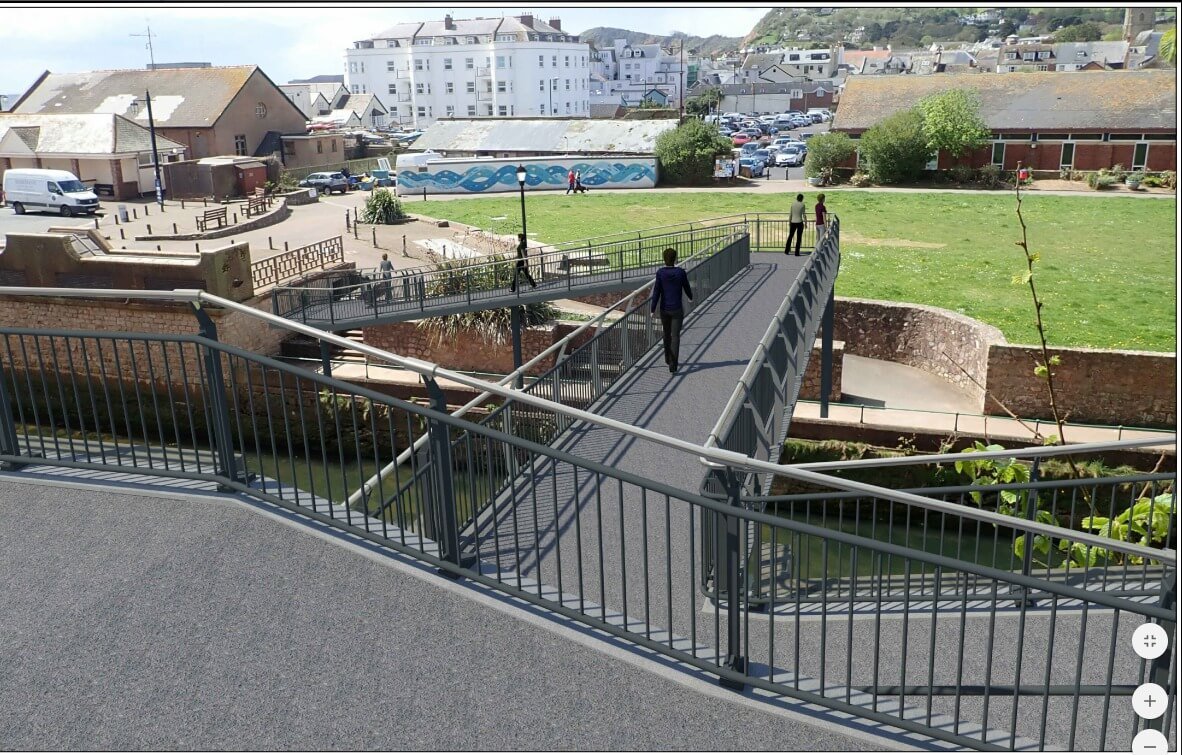 Cllr Hughes added that – should anyone defy safety advice, venture along the beach and find themselves unable to turn back due to the incoming tide – a small area can be accessed from the beach.

This features a sign bearing an emergency telephone number for a key holder who can arrange for the gate that has been erected to be unlocked.

Cllr Hughes says he has given the ‘all-clear’ for county engineers to open talks with the district council about the bridge contractor placing rock armour at of Pennington Point.

This follows calls for emergency temporary work to protect the beleaguered cliffs while a long-term scheme is finalised.

“I also understand that our contractor could obtain further rock if required,” said Cllr Hughes.

East Devon District Council (EDDC), as the authority responsible for coastal protection, would need to give any temporary move the green light. 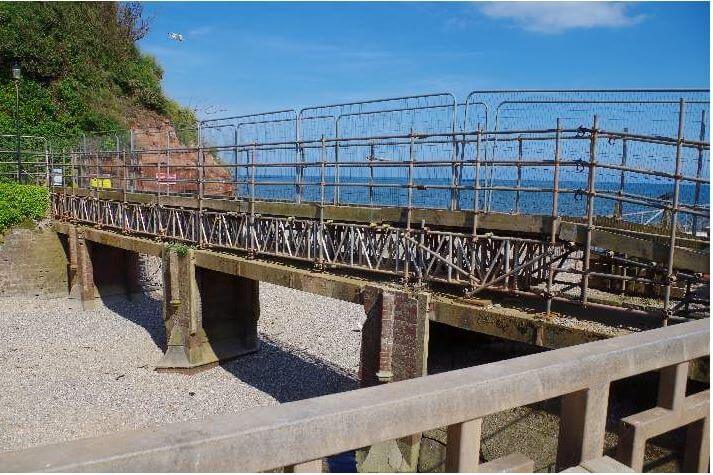 The original Alma Bridge was designed by RW Sampson in the early 1900s.