The owner of a garden centre in Exeter has ripped up an ‘unfair’ prohibition notice served for falling foul of coronavirus lockdown laws – calling the letter ‘rubbish’.

Plants Galore, in Topsham Road, near Countess Wear, Exeter, became one of the first business in the UK to be served notice of an offence under new Health Protection regulations.

These came into law last week to protect the public from the virus and include a ban on the sale of ‘non-essential’ items.

But owner Tony Joyner has accused Exeter City Council, which served the notice, of ‘acting heavy-handed’, adding his business was ‘finished’ if it could not sell plants.

He said ‘it cannot be fair’ that supermarkets – like a nearby Aldi – were allowed to sell identical garden plants while his business was banned.

Mr Joyner defied the prohibition notice, calling it ‘worthless’, saying: “We are opening our stores. We are fully open and we’re staying open.”

After tearing up the prohibition notice, Mr Joyner said: “What they’re trying to do is limit us to not sell plants and I’m saying that’s wrong, that’s why I’m tearing up this notice, because it’s rubbish.

“They have no understanding of what the law is. They’re misinterpreting the law deliberately and they’re acting heavy handed and over-zealous and they need to be stopped.

“Our business is finished if we don’t sell that – we have no money, we have no income.

“So, when we come back in three months’ time, we won’t need any employees; we’ve got no money.” 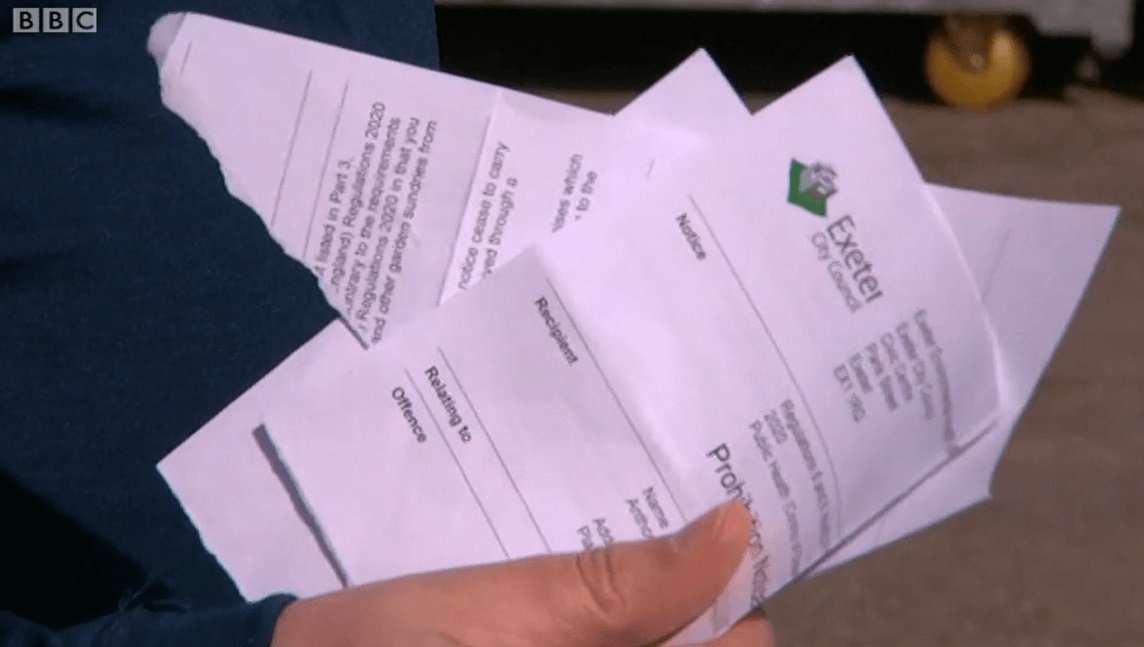 Mr Joyner defied the prohibition notice, calling it ‘worthless’, saying ‘we are opening our stores. We are fully open and we’re staying open’.
Images: courtesy of BBC. 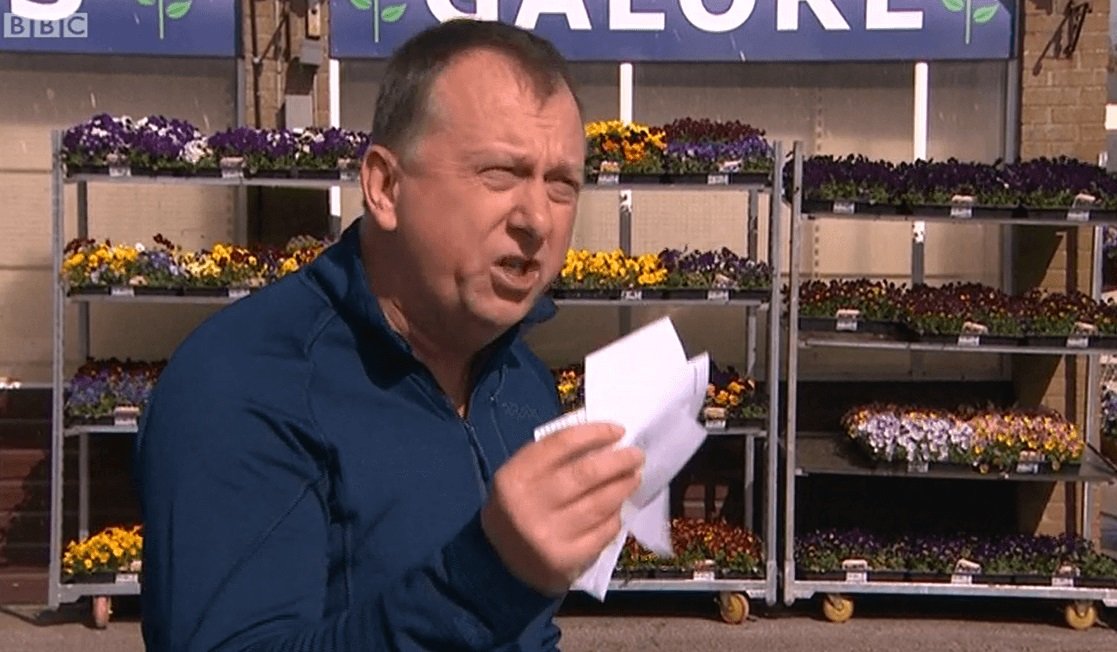 Exeter City Council served the notice earlier this week, saying it had acted on complaints from members of the public.

Plants Galore is now only permitted to sell tools, pet food and hardware after the UK-wide government ban of the trade of ‘non-essential’ items.

The council said the Government introduced the measures for a reason – ‘to save people’s lives’.

After the prohibition notice was served, an Exeter City Council spokesperson said: “The notice says that the branch has permitted the sale of garden plants, seeds, bulbs and other garden items and must immediately cease doing so.

“The store can continue to operate via electronic means and function as a store for other permitted items.”

A notice on the Plants Galore website prior to the prohibition notice being served said it had been trading at low level, with a handful of customers, and had implemented a series of measures at each store to ensure safe shopping.

It’s coronavirus policy said: “We advise members of the public not to leave their homes during the present health crisis until the government updates its advice.”