An attempt to achieve the world record for the longest knitted bunting to be displayed at the Devon County Show is going ahead and the message to the public is ‘keep knitting’.

The organiser, Deborah Custance Baker, is spending the current lockdown period attaching thousands of already-donated knitted triangles onto 8km of tape to meet the May 16 deadline set by Guinness World Records.

The finished knitted bunting will be strung around the interior of the crafts and gardens marquee at the Devon County Show, now scheduled to take place at the end of August at Westpoint, in Exeter.

Finished bunting to be included in the record attempt needs to be dropped off by Friday, May 8.

Deborah, who is based at Silverton, said: “The stringing together of the triangles is well underway, and it is going to look amazing.

“We were hoping to bring together all those who have participated in the record at Exeter Cathedral to help with the threading.

“However, we now recognise this almost certainly won’t be possible within our time frame.

“So currently it’s just me, affixing 32,000 flags onto eight kilometres of tape, each at the required two inches apart.

“It’s extremely fortunate that time is something I have lots of at the moment as well as a reasonably tolerant husband.” 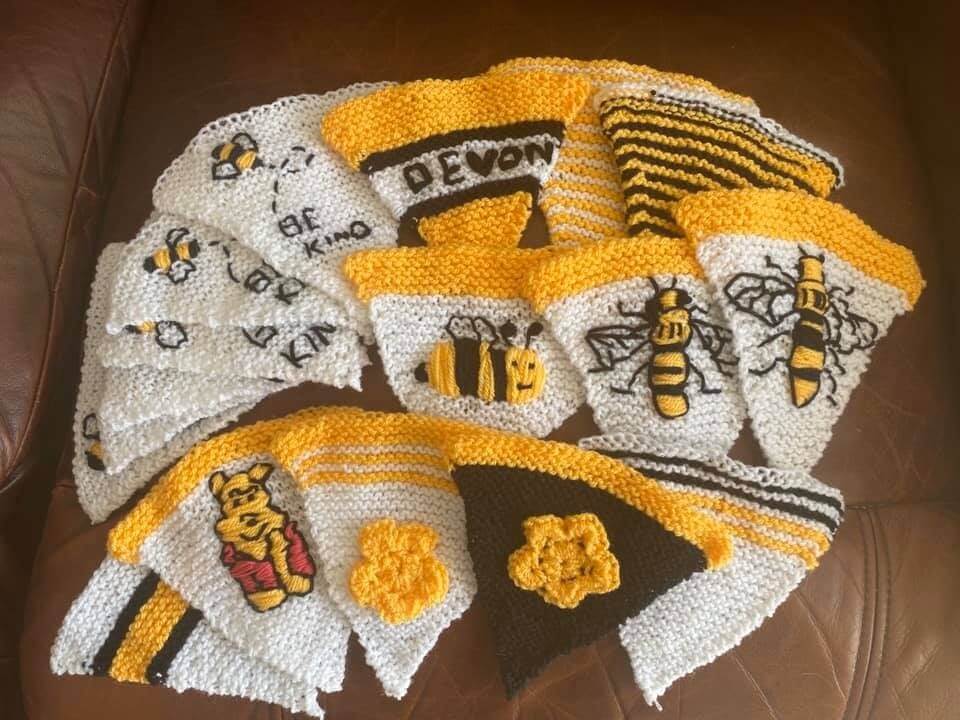 An assortment of knitted triangles to be attached.

Deborah has a house and horse boxes ‘bursting at the seams’ with knitted triangles. She believes donations have already reached the required amount needed for beating the current world record.

However, if the record attempt for the longest knitting bunting is delayed a new date for adjudication will be set for later in the year, so crafters are encouraged to carry on knitting in a bid to make the record even harder to beat in the future.

Deborah said: “We are utterly overwhelmed by the enthusiasm of our knitters who have literally come from all over the world.

“We set up a Facebook group, Longest Knitted Bunting, and have participants posting daily about their achievements.

“We have knitters in Australia and in New Zealand. We’ve a lady who was knitting on a cruise in the Caribbean. We have children knitting, including an eleven-year-old from Nebraska, and we even have a lady who suffers from severe arthritis and hasn’t knitted for years who dusted down her needles and has contributed over two hundred flags.

“We’re also delighted at how many male knitters have cast on, too. It’s been incredible to see their confidence building as they experiment with using yarn combinations and embroidery.”

Knitting the bunting has been helping to distract people while they self-isolate.

After the show, the bunting will be offered to local causes and help raise funds for farming charity The Addington Fund, who will be auctioning it off at the show in three metre lengths. 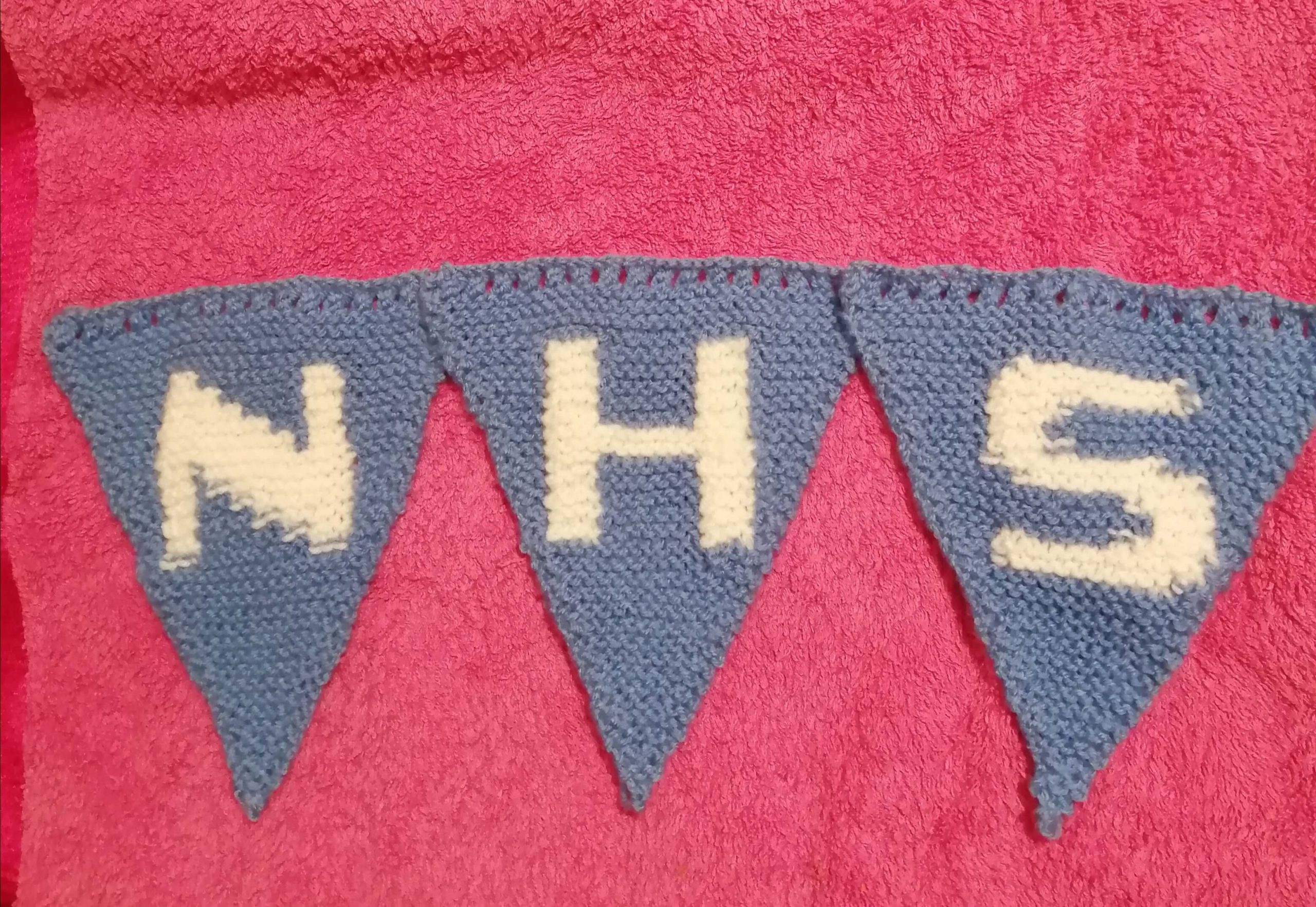 Some of the knitted bunting already created.