An anguished son fears his 100-year-old mum will die from coronavirus as her closing Budleigh Salterton care home forges ahead to move vulnerable pensioners out during lockdown.

Richard Gannon is appealing to Abbeyfield, which is closing Shandford care home, ‘If my mother is to die, please let her die in relative peace in the home she loves’.

The Abbeyfield Society and Devon County Council said Shandford’s elderly could be safely moved out during lockdown on the advice of Public Health England.

Mr Gannon, 69, from Payhembury, has not seen his mum, Jessie, since the Budleigh home went into lockdown several weeks ago. 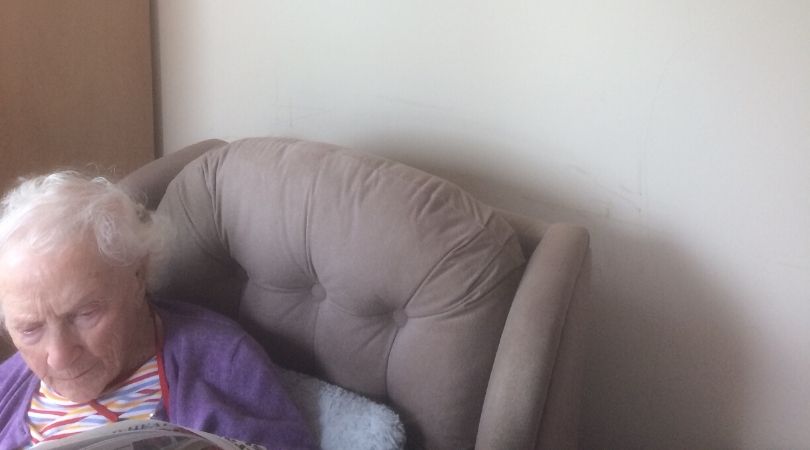 Jessie Gannon is 100-years-old and faces being moved to another home amid the coronavirus lockdown, because Abbeyfield has decided to close Shandford, in Budleigh Salterton, where she has lived for more than two years.

On Mother’s Day he waved at her though a window because relatives have been banned from visiting to protect residents from Covid-19.

Mr Gannon, whose mum moved to Shandford more than two years ago, said: “Nobody should be moving vulnerable people out of that house. It’s breaking hearts and killing people.

“If a vulnerable person gets this, there’s a good chance they will die. I don’t want them to die anywhere else, apart from there. They are happy in their home.

“I don’t care whether they want to close the home or move them. Nobody should be moving about.

“If she’s going to die, which is a high possibility, I would like her to die in a place with people she knows and the lovely staff. She will be happy and I will be happy.”

Earlier this year Abbeyfield said it hoped to close Shandford by March 31, saying it was ‘not a viable option’ to keep it open.

Mr Gannon called for decency, appealing to Abbeyfield to ‘leave alone until the crisis is over’.

He said his family and mother was ‘out of their mind with worry’, adding ‘they need to just call a halt to it and let the staff get on with their jobs’.

“It’s a constant worry. It’s been an absolute nightmare. They will not back off.

“Abbeyfield, in its quest to remove all residents so they can shut the home, still refuse to adhere to government restrictions on old, vulnerable, people.

“They must be made to halt this closure plan even if only a temporary reprieve is given.

“If my mother is to die, which is the likely fate of her and other residents, please, please let them die in relative peace in their home they love with staff who care, and not in some unknown new dwelling forced on them by Abbeyfield and our own social services department, who also have much to blame in this continued wrong doing.

“Abbeyfield is a charity which looks after the elderly, it says. Now is the time for it to step up and do the right thing.” 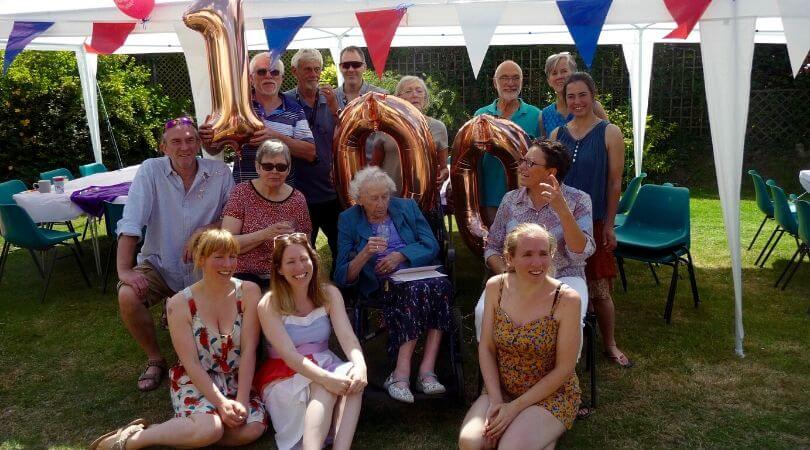 Jessie Gannon in happier times, celebrating her 100th birthday with her family.

Abbeyfield, which is closing the Budleigh care home, said delaying the move of Shandford’s residents could put them at risk of missing out on suitable new care homes.

It said staff were ‘well versed in infection control’, was ‘in no way complacent about the seriousness of the developing situation with the spread of Covid-19’, and was doing ‘everything in our power’ to keep residents safe.

A spokeswoman for the Abbeyfield Society said: “Having reviewed the Government guidance and consulted the relevant authorities, the closure of Shandford should continue as planned.

“In coming to this decision we have consulted Devon County Council, the local Public Health team and have sought specific guidance from Public Health England, who advised that the moves of residents can continue provided that the precautions already in place are adhered to.

“We are working closely with Devon County Council to facilitate resident moves safely.

“Further delay to this process could risk residents missing out on a more suitable care placement which would impact their wellbeing.

“We have put in place robust infection control measures to make sure residents are kept well, and that their move is completed safely and with minimal disruption.”

A spokesman for Devon County Council said: “The owners of Shandford House had decided to close the home some weeks ago.

“We’ve been working with the owners, Abbeyfield, since then to identify alternative accommodation for their residents.

“We’ve also been working very closely with Public Health England, as well as with other care home owners to fully understand their positions in relations to coronavirus – their policies around infection control, their hygiene practice, and the stringent way they respond to this virus – and we have confidence that moves can continue safely to new homes that will continue to meet residents’ care needs.”