Friday, August 19
Trending
You are at:Home»News»Exeter»Plans for 400-home development and ‘village green’ next to Exeter supermarket on verge of getting go-ahead

Proposals for 400 homes, a care facility and ‘village green’ on land next to the Morrisons supermarket in Exeter are on the verge of being given the go-ahead.

City council planning chiefs are set to decide the fate of blueprints for a plot south of Prince Charles Road when they meet tomorrow (Monday, March 16).

The site, near to Exmouth Junction,  has historically been a railway goods, sidings and coal concentration yard. It has most recently been used for surface storage.

If given the green light, 296 one-, two- and three-bedroom apartments would built in a trio of separate five-storey blocks, along with 104 four-bedroom, three-storey townhouses.

A new ‘village green’ will also be created in the centre of the site – providing a focal point for the entire development.

Vehicles would access to the development from the existing roundabout immediately to the east of the site, next to the Morrisons petrol station. 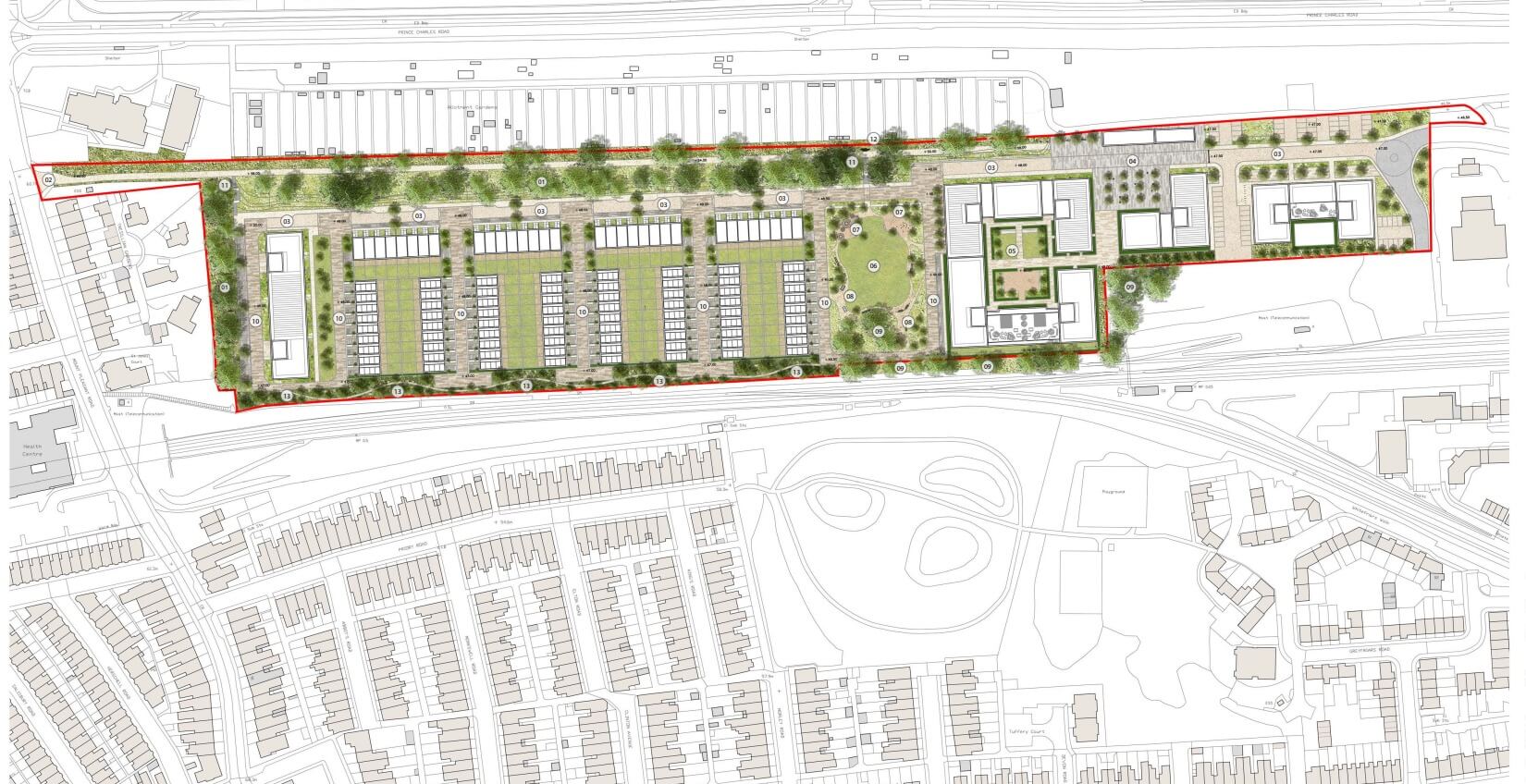 Plans for the site near to Morrisons in Exeter. 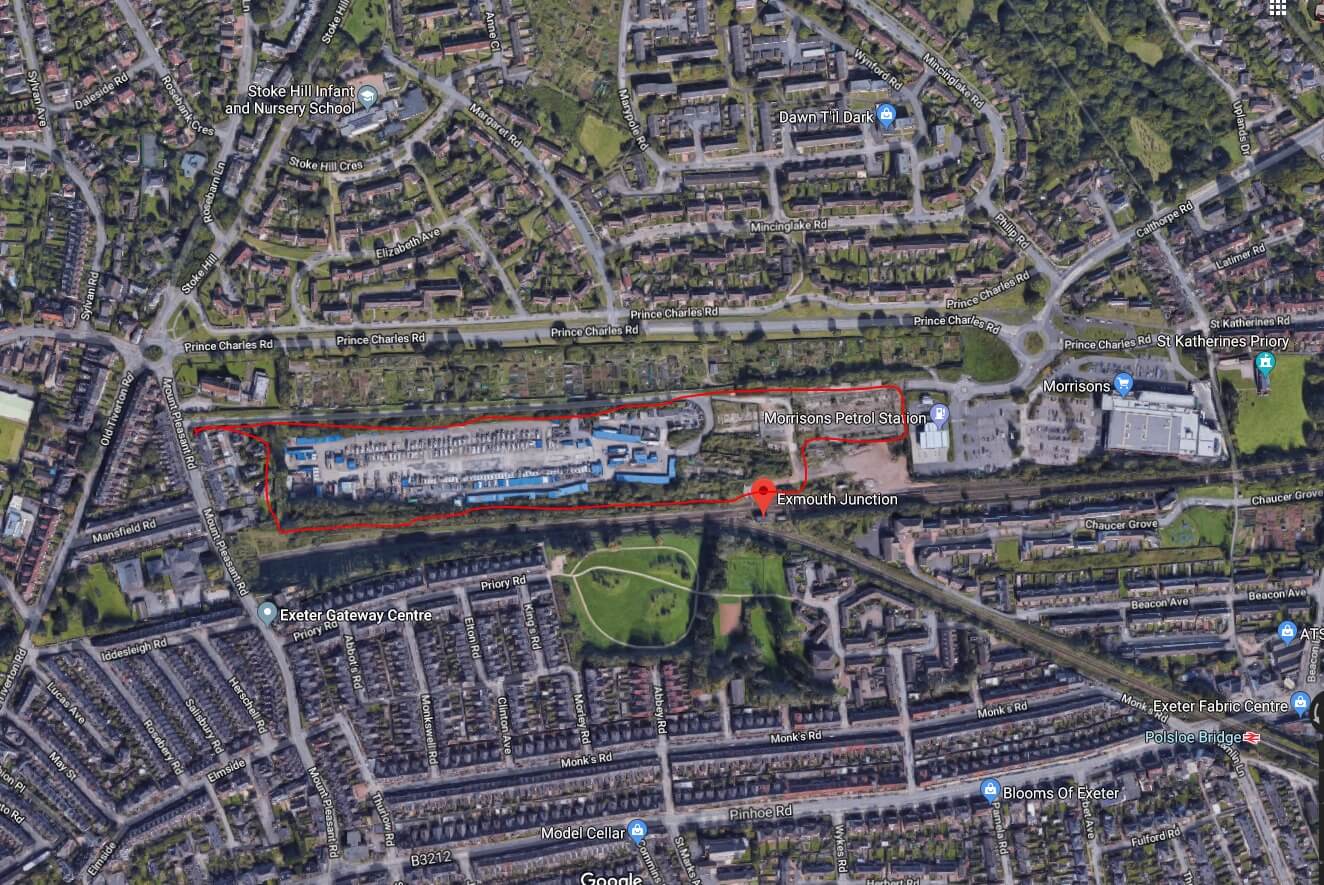 In red, the outline of the site for the proposed Eutopia Homes development. Image: Google Maps

Recommending plans for approval, a council officer tells decision-makers in a report: “The proposal to redevelop the site for residential development is considered to be acceptable in principle and the local highways authority has raised no concerns with the proposed access to the site in principle.”

Only 192 parking spaces are proposed for the site, along with 1,018 cycle spots.

Eutopia Homes said in its application: “The proposed development will create a need for new short-term construction jobs, and the additional residents will bring jobs over the long-term.

“The proposed development is estimated to facilitate £90m of private sector investment in Exeter.

“It will act as a clear sign of confidence in Exeter as a location, and could act as a catalyst for further investment.”

The application has garnered some 32 objections – with concerns raised over inadequate parking, overdevelopment, the impact of additional traffic on the roads, and that schools are at capacity.

A further 45 objections were received against Devon County Council’s request to provide two pedestrian/cycle-shared footpath links to the site through the Prince Charles Road allotments.