Tuesday, March 31
Trending
You are at:Home»News»Sidmouth»PHOTOS: Bomb disposal experts say no cause for concern over Jacob’s Ladder mystery canisters

These photos show the mystery canisters that sparked the closure of part of Jacob’s Ladder beach earlier this week.

Royal Navy bomb disposal experts have since confirmed the devices were not dangerous and called off yesterday’s planned visit to Jacob’s Ladder to take a closer look at low tide.

The Maritime and Coastguard Agency (MCA) said it was ‘unclear’ what the 18-inch long cylinders were, but bomb disposal experts confirmed the metal cannisters were not explosive weaponry. 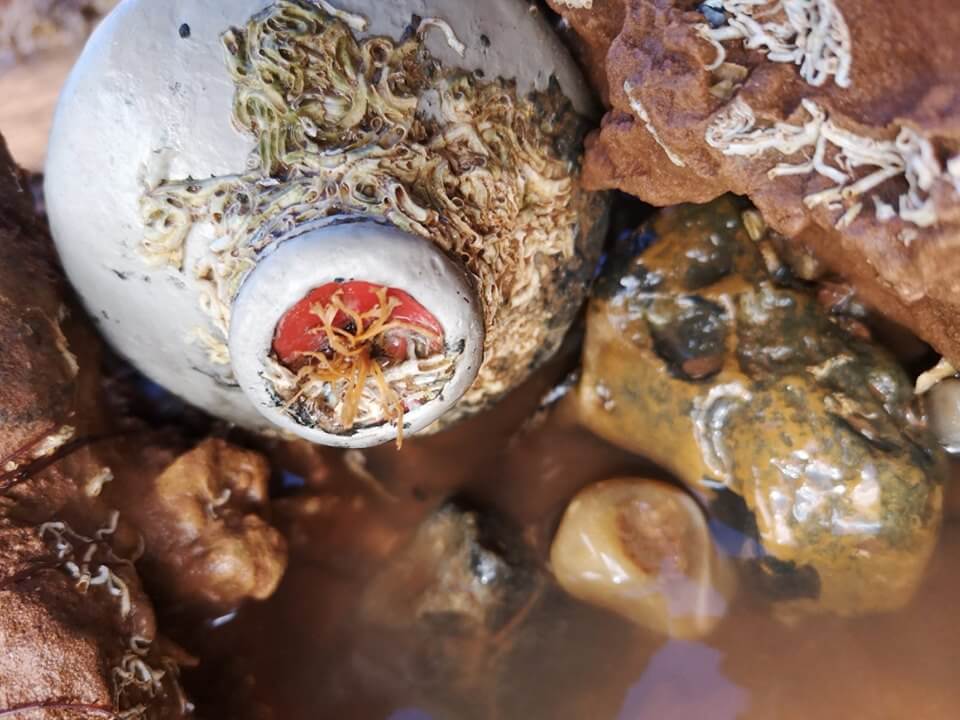 The two cylinders, measuring 2.5 inches in diameter were collected by Beer Coastguard Rescue Team and removed from the beach.

An MCA spokeswoman said: “An Explosive Ordnance Disposal team viewed pictures of the items and confirmed that they were not ordnance.

“Beer Coastguard Rescue Team have now removed the two items and they have been disposed of.”

The emergency services were called to an area west of Jacob’s Ladder beach after a member of the public spotted a metal canister at low water.

The canisters were described as having five rings around the bottom section, a rubber seal around the centre, and a waxy seal inside the cap end, which has a thread on the outside.

Part of the beach was closed to the public and the emergency services called.

When the incoming tide made any further action impossible, it was decided an explosive ordnance disposal team would attend Jacob’s Ladder beach for Thursday’s low tide.

A Beer Coastguard Rescue Team spokesperson said: “A member of the public had photographed and advised the Coastguard of an item ashore at Lade Foot on Tuesday. It was visible at low water only.

“Photos were sent to the Explosive Ordnance Department.

“We were tasked to locate the item at Wednesday’s low water, take more photos, and search the area for any other items.

“A team was sent across the beach, while another team stopped any members of the public from crossing the beach for their safety, until the item had been dealt with.

“The item was located along with another item, and photographed, but the state of the tide was not giving us enough time to organise the Explosive Ordnance Disposal team to deal with it on Wednesday. A decision was made to come back on Thursday.

“We stayed until the item was covered by the tide, and therefore safe.”

Overnight, Beer Coastguard Rescue Team’s photos were sent to the Ministry of Defence and Royal Navy Explosive Ordnance Disposal team, who confirmed the devices were not explosives and could be removed and disposed of safely. 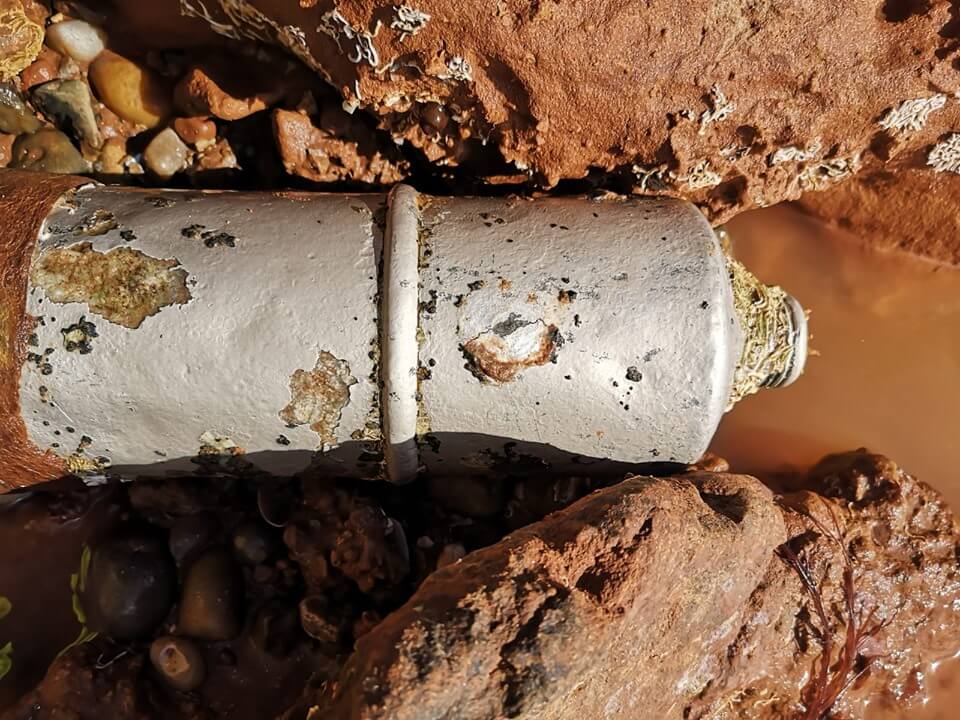 One of the canisters removed from Jacob’s Ladder beach that prompted the Royal Navy bomb disposal team to take a look.
Photo: Beer Coastguard Rescue Team.

Beer Coastguard’s spokesperson said: “Although confirmed as non-ordnance, we are still not sure what it is.”

They added: “Just before low water we sent a team across the beach again to locate and recover the item.

“With our safety in mind we used full personal protective equipment, including a visor and gauntlets, when handling the item into a secure bag and transported it back to Jacob’s Ladder, where we had arranged for the council to collect and dispose of the item.”

Beer Coastguard Rescue Team urged anyone spotting similar unexplained canisters, cylinders or containers on East Devon’s beaches, or objects that could be of danger to the public, to call 999 and ask for the Coastguard.