More than 160 people flocked to the opening of a new exhibition by internationally-acclaimed British artist Sir Richard Long at Thelma Hulbert Gallery (THG) in Honiton.

Being in the Moment, part of the national Artist Rooms programme, will run at the Dowell Street venue until May 23.

It opened on Saturday, February 22, and explores the relationship between man and the natural world.

The exhibition presents pieces spanning 40 years of Richard’s career – starting with his early experiments near his home city of Bristol.

It takes its title from the work Being in the Moment (1999) – a portfolio of four photographs being shown for the first time.

There are 21 works on show including photography, sculpture, text, drawings, maps and diagrams.

These are drawn from the Artist Rooms collection jointly-owned by the National Galleries of Scotland and Tate. 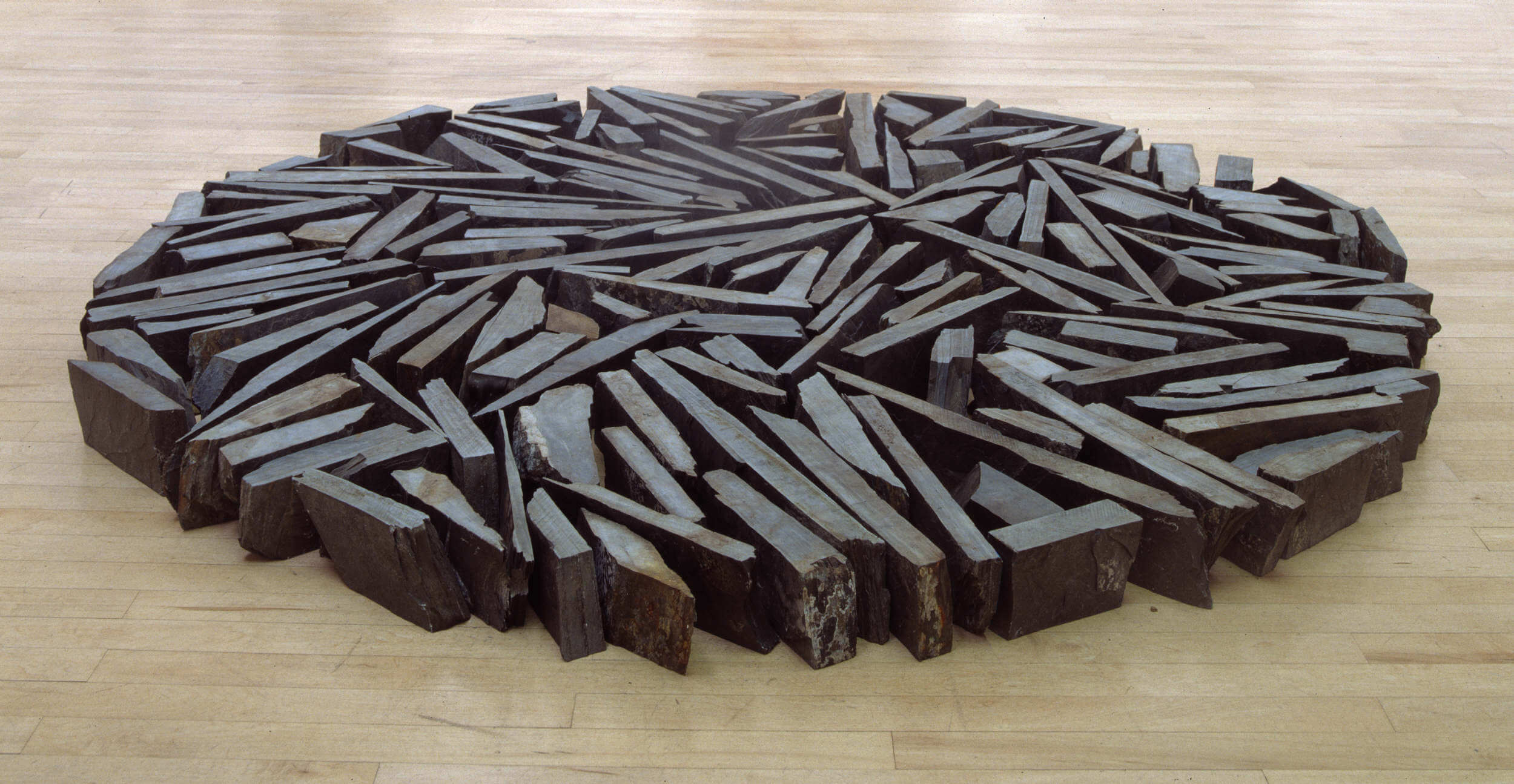 The exhibition was opened by East Devon District Council leader Ben Ingham, who said: “Artist Rooms is a wonderful initiative and we are delighted to be able to present the work of renowned British artist Richard Long here in Devon, a landscape which I know is so close to his heart.

“The support from Artist Rooms and their investment in East Devon is fantastic for the district and I know how much the Thelma Hulbert Gallery team has enjoyed the collaboration.

“We are very proud to support and champion arts and culture in East Devon through THG.

“The gallery plays a critical role in the community, operating as a cultural hub supporting communities in their health, environment and well-being through an annually changing programme of exhibitions, events and workshops.”

Sir Richard said: “I live up the road in Bristol, yet I am standing in front of these artworks of Africa and Mexico.

“My home landscape is my favourite: Somerset, Devon and Dartmoor, but I am attracted to empty stony landscapes all around the world.

“I react to the stones I find in that place. The places can be my materials, too.

Sir Richard has been at the forefront of conceptual art for more than half a century.

His investigations into nature involve the use of mediums such as walking and working with found materials such as mud, earth and slate.

He has a particular empathy with the South West – where he is from – with Devon in particular proving a constant source of inspiration.

A Hundred Mile Walk (1971/2), included in the Honiton exhibition, records a walk Long made on Dartmoor.

The Honiton exhibition has launched the gallery’s Culture and Climate 2020 programme of exhibitions, symposiums and events.