A woman with a suspected head injury was cut free from her car this morning by firefighters attending a multiple vehicle crash on the M5 motorway near Sandygate.

Police believe up to seven vehicles were involved in the crash at around 9.30am on Tuesday, February 25, on the northbound carriageway between junctions 31 and 30.

The road was closed for several hours, reopening shortly after 12.30pm. 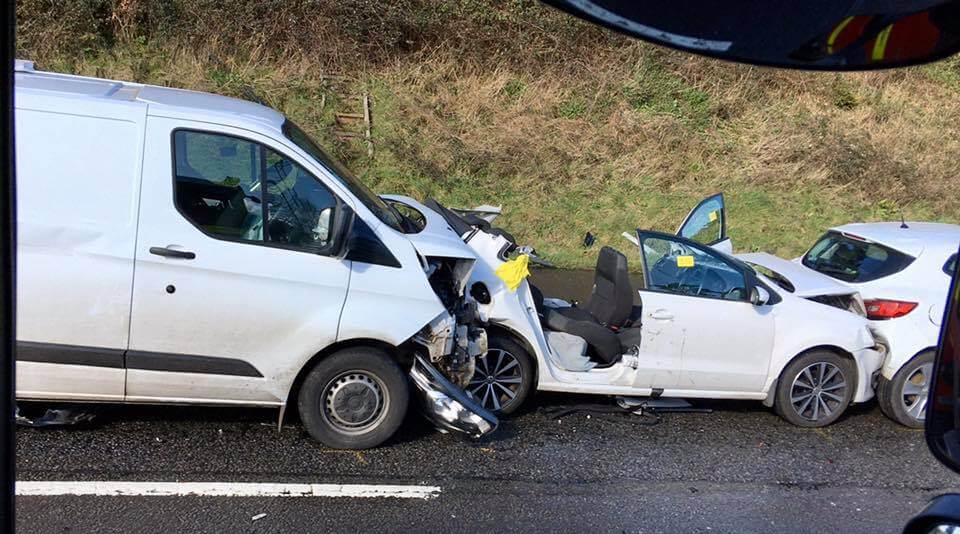 Police believe up to seven vehicles were involved in the crash.
Photo: Middlemoor Fire Station.

Firefighters said they did not know the cause of the crash, but warned motorists to be aware of winter road conditions when travelling.

A Devon and Somerset Fire and Rescue Service spokesperson said: “We do not know details about the cause of this incident however we would like to remind everyone to take extra care when driving in wet conditions.

“Stopping distances will at least double in the wet, even more if road conditions are icy. So please leave a greater distance between yourself and vehicles in front.”

Firefighters from Middlemoor, Topsham and Danes Castle, Exeter, plus a heavy rescue vehicle attended the scene.

A woman was cut free from her vehicle and taken to hospital with suspected head injuries.
Photo: Middlemoor Fire Station.

A fire service spokesperson said: “On arrival, the Incident Commander confirmed a four-vehicle road traffic collision, with one female still trapped in one of the vehicles.

“Crews quickly got to work to stabilise the vehicle and used hydraulic cutting equipment to release to casualty, who was handed over to paramedics.”

A Devon and Cornwall Police spokesman said a woman suffered a suspected head injury, which was not thought to be life-changing or life-threatening.

She was taken to hospital to be checked over.

All others injuries were minor, the spokesman said.

The road was reopened at around 12.40pm, police said. 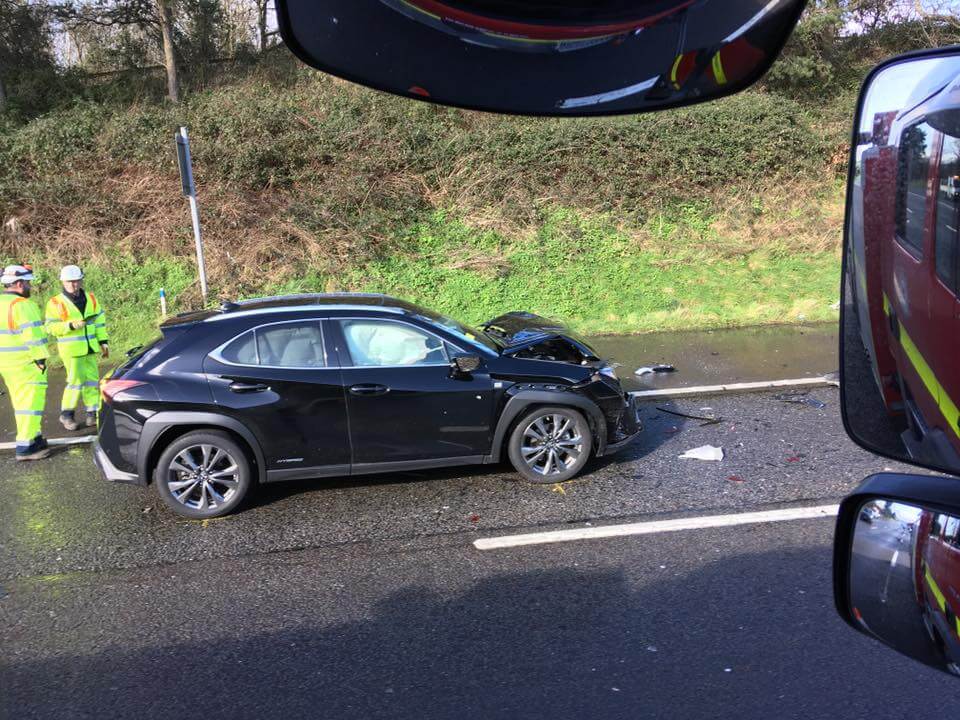 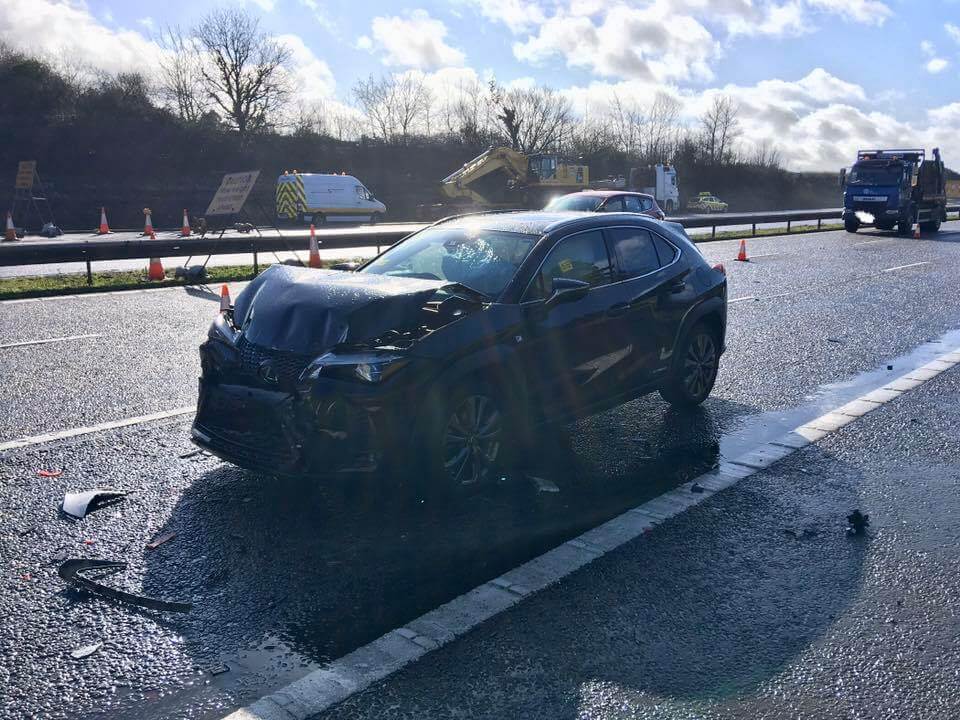 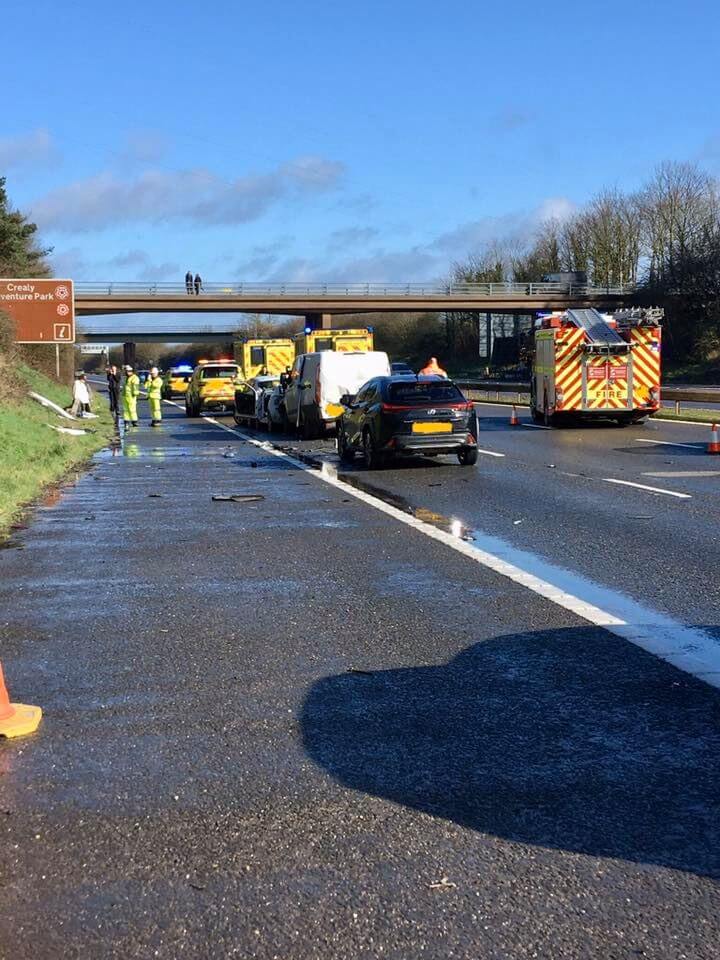 The road was closed until lunchtime.
Photo: Middlemoor Fire Station.