Tuesday, April 7
Trending
You are at:Home»News»Honiton»Honiton shop owner vows to fight wheelbarrow war against council’s ‘kick in the bum’

A wheelbarrow war has broken out in Honiton sparking concern a shopkeeper could lose her business.

Carla Salisbury, aged 62, fears her vintage and knitwear business, Pavot, could close because the county council has banned her street floral display that shows shoppers the way to her Northcote Lane shop.

Devon County Council said it has ‘asked politely’ that mum-of-one Carla remove a small wooden wheelbarrow from the entrance to the lane, calling it an ‘obstruction’ to wheelchair users and parents with pushchairs.

The owner of Pavot is fighting to keep the handmade elm wheelbarrow and reverse the council’s decision.

The county council has been unable to confirm the number of complaints made about the decoration, but East Devon News understands it is just one.

Carla said the public find her shop, off the High Street, because they spot the wooden wheelbarrow, left at the entrance of the lane – behind a permanent metal post.

She said: “Everybody says ‘I love your wheelbarrow’. They say ‘that’s how we found your shop’.

“If I lose my wheelbarrow, I might lose my shop.

“They are trying to persuade people to take on empty shops then they make it difficult.  It’s horrible.”

Carla added: “Many of my customers have said my barrow is an asset as it’s so pretty and they only find the shop because of it.

“The council say they support small businesses and then kick you in the bum.

“They’ve said it’s not wide enough to get wheelchair down there, or double buggy. I have massive mobility scooters going past.

“Northcote Lane used to be a road and I used to drive up and down there.” 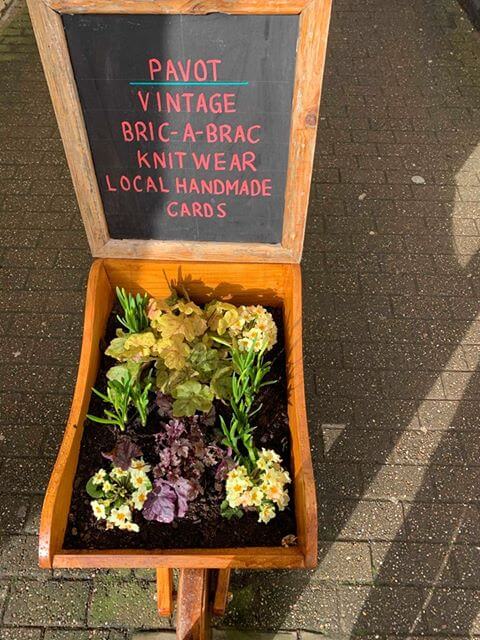 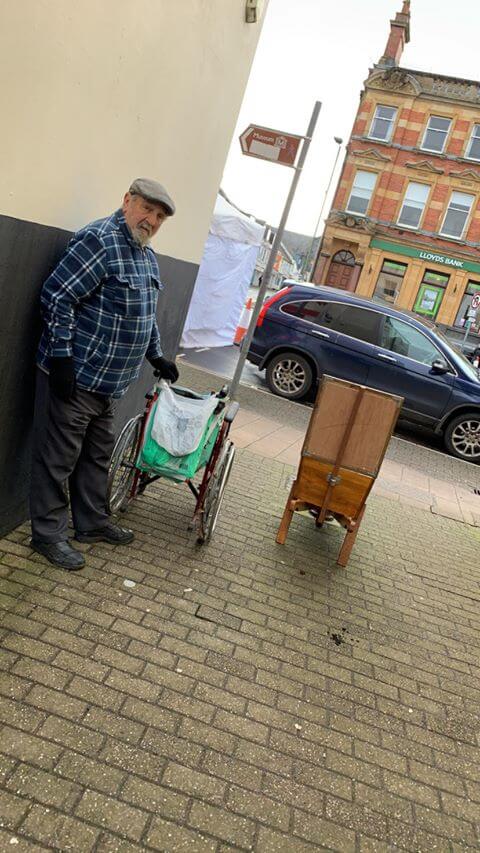 Devon County Council said the wheelbarrow must go because it is an obstruction to wheelchair users, and parents with pushchairs.
Photo: Carla Salisbury .

The row over the wheelbarrow began in November 2019, when Carla was told by a man claiming to be from the council – who was without any identification – to move items from outside her shop because they were blocking the alleyway.

She called the county council to check if the man was a legitimate worker to be told they had no record of anyone visiting.

Carla explained what the man had said and was told she might need to apply for a pavement licence but until then, carry on as usual.

At the end of January, Carla spotted the same man walk past her shop, taking photos of the floral display wheelbarrow in the lane.

She followed him back to his van, tapped on the window to ask what he was doing and was told ‘I am about to give you a fixed penalty notice’.

He said the fine was because she had failed to comply with notices and ignored emails sent by the county council.

“He was so rude he reduced me to tears. He was so officious, said Carla. “He rattled on and had me very confused.

“He said I’d been reported by loads of people and my barrow was a trip hazard to blind people.

“When he went, I rang Devon County Council and they said ‘yes’ there was a case and I’d had several emails and not answered or complied.

“When they checked, they’d spelled my name wrong – Salisbury – and of course I hadn’t received anything. They were very apologetic on the phone and said they’d be in touch.” 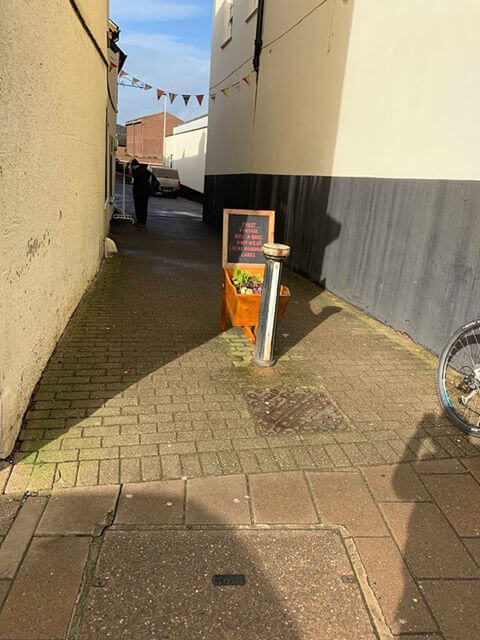 Devon County Council said it knew its decision to force Carla to remove her wheelbarrow was unpopular, but said the decoration was an obstruction to wheelchair users and parents with pushchairs.

A DCC spokesman said: “We don’t like doing this, but when someone’s put out a sign or display or anything that blocks the public footpath sufficient that we think it would obstruct wheelchair users or parents with buggies for example, we’ll ask the shop owners to kindly remove them.

“We know it’s not popular, and the planted-up wheelbarrow display is lovely, but I’m afraid it’s an obstruction.  So we’ve asked the owner politely to take it in.”