Families of vulnerable pensioners being cared for at a soon-to-close care home in Budleigh Salterton came out in support for an SOS campaign to Save Our Shandford.

A drop-in public meeting held on Friday evening at Budleigh’s football club was to glean interest in forming a Friends of Shandford group with the aim of setting up a Community Interest Company, to allow the care home to continue, and its residents to remain.

The town has come out in support of Shandford since Abbeyfield, who took over the site in 2012, announced its decision to close the care home, saying it was no longer viable to run.

It’s heartbreaking. They are forcing us to move them out so quickly. I have told Social Services my husband’s not going anywhere…

Friday’s meeting tested the waters for setting up a Community Interest Company for Budleigh to run Shandford as a not-for-profit community venture.

The public was invited to pledge their time volunteering, helping with Shandford’s day-to-day management and maintenance, or giving a small annual subscription.

Abbeyfield said its decision to close Shandford, moving residents out by the end of March, followed a ‘lengthy consultation’, which concluded it was ‘not a viable option’ to keep the home open.

Relatives of residents living at Shandford have hit out at Abbeyfield’s decision to close the home, showing support for the SOS campaign, attending Friday’s public meeting.

Shirley Ann Woodman’s mother-in-law Ivy Woodman, aged 91, who retired to Budleigh, suffers from dementia and must leave Shandford when it shuts.

“She’s devasted,” said Shirley Ann, of Isaac Close, Otterton, “I am absolutely dreading settling her in somewhere else. She took a little while to settle in there, but that’s normal. To have to do it all again, that’s criminal.

“She’s very distressed. She has dementia. She knows it’s closing, I had to tell her. It’s all she talks about now.”

Gerald Moyle, 89, who also has dementia, moved from East Budleigh to be cared for at Shandford, and is visited regularly by his wife, Kathy, aged 77. 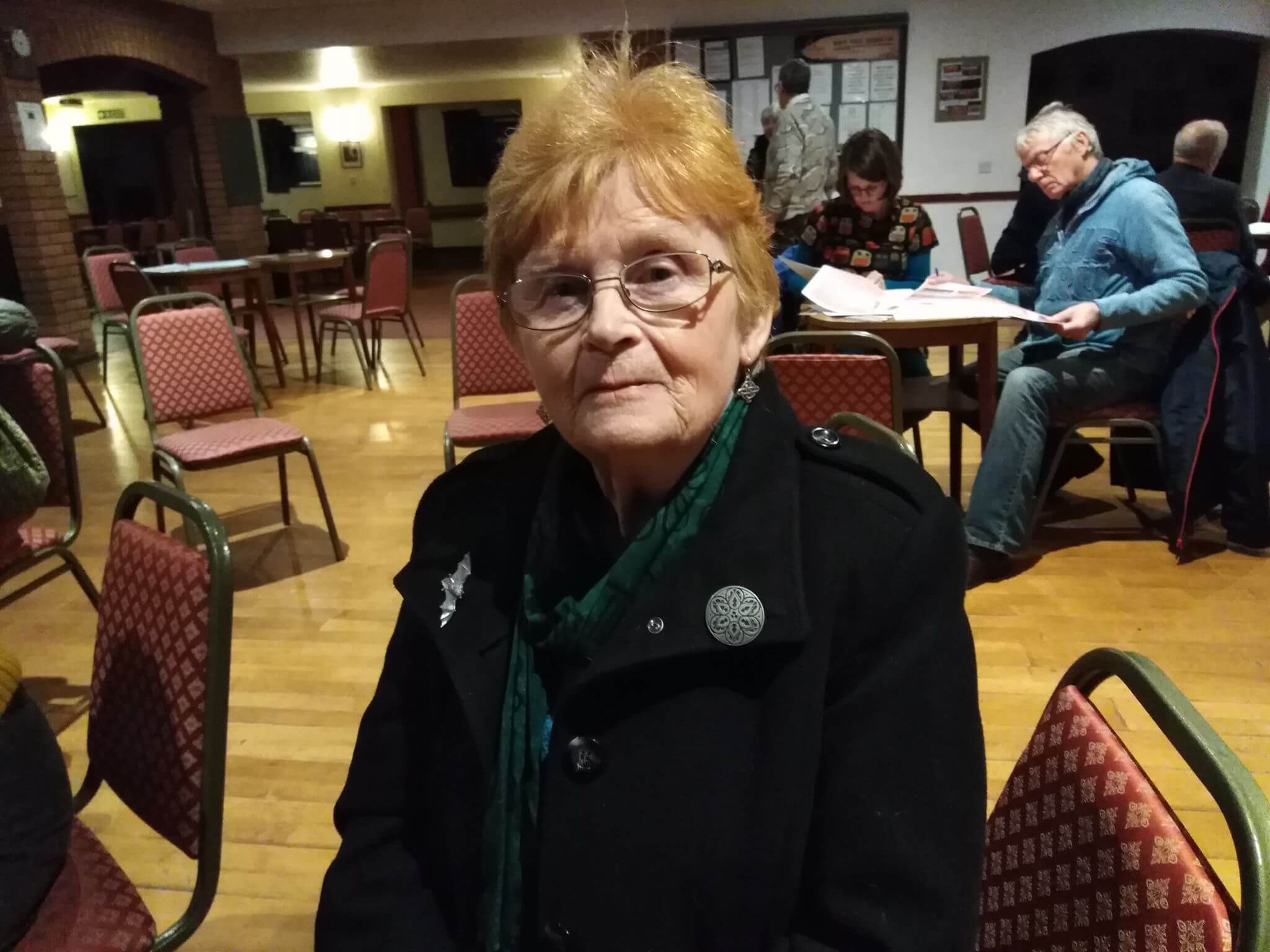 Kathy said: “It’s heartbreaking. They are forcing us to move them out so quickly. I have told Social Services my husband’s not going anywhere. They can’t force us out.

“It’s the underhandedness. It’s all about money and greed at the end of the day.

“Nobody knows what’s going on, it’s fishy, it’s so smelly. You can’t say something isn’t viable unless you provide evidence.”

A confidential transfer agreement means Abbeyfield must hand Shandford back to the town.

The hope is to protect the home from sale or development, and for it to be owned and managed by Budleigh’s community.

Setting up a steering group is the first step to forming a Community Interest Company, to safeguard Shadford’s future, SOS organisers said.

The public meeting was an opportunity for people to pledge time, money, or express and interest in helping.

Helen Tickle, a spokeswoman for Save Our Shandford said there would be other opportunities for people to pledge support.

She said: “I have been very encouraged by the amount of love there is for Shandford in the town.

“Almost everybody you meet, their lives have been touched by Shandford in some way.

“My feeling is there’s sufficient support, but there are other options on the table.”

The SOS campaign said it was ‘last chance saloon’ for the care home after Abbeyfield gave notice of its intention to close the home.

Without sufficient support, the closure of the ‘valued’ home will be ‘inevitable’, and its 25 residents forced to move out of the town – four who are more than 100 years old.

“It doesn’t matter where these people have come from, they are residents of Budleigh Salterton, said Helen. “I feel as neighbour I have to do what I can for them.” 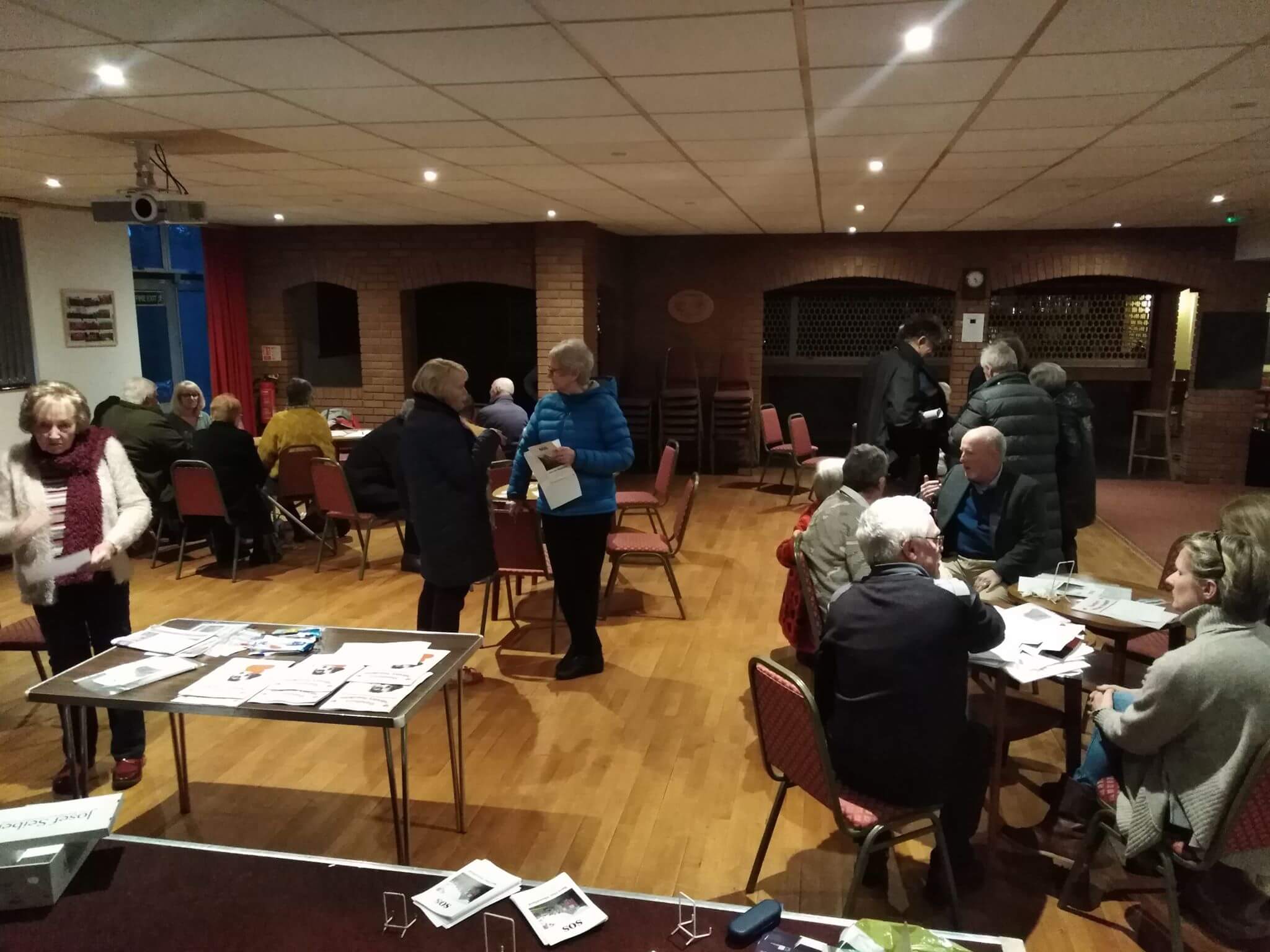 The Save Our Shandford public meeting, where the waters were tested to set up a Community Interest Company.
Photo: East Devon News.

Shandford was set up on 1958 for and was run by a management committee of trustees until 2012, when Abbeyfield took over.

Abbeyfield said it was ‘with great regret’ it had to close Shandford, saying the decision was taken after a lengthy review of the service.

A spokesman for Abbeyfield said: “ This decision follows a lengthy consultation period in which we carefully considered the future of the home.

“A group of local people, made up of former professionals in areas including care home management, finance, property and law, undertook a detailed review of the infrastructure, building condition and financial performance of the home.

“Unfortunately, they also concluded that keeping the care home open was not a viable option.”

The spokesman added: “We will now work with residents, their loved ones and all the relevant authorities to find residents a suitable new home that will meet their individual care needs.

“Our priority at all times remains the comfort and wellbeing of residents and we are committed to supporting them throughout the closure process. We hope to complete this process by 31st March 2020.”

Abbeyfield Budleigh picks Shandford top picks
Previous ArticleFate of plans for new Exeter student flats on site of shut Sorry Head pub and MOT centre hangs in the balance
Next Article Chemotherapy: my ‘waste’ is so toxic I have to flush the loo twice