Friday, August 19
Trending
You are at:Home»News»Exeter»Fate of plans for new Exeter student flats on site of shut Sorry Head pub and MOT centre hangs in the balance

A decision over the fate of plans for new student flats on the site of a former pub in Blackboy Road, Exeter, has been delayed.

City council planning chiefs deferred their verdict on the scheme because of concerns over how the development would look from the rear.

Original proposals would have seen the recently-shut Sorry Head and an ex-MOT servicing centre bulldozed to make way for a four-storey, 88-bed accommodation complex with a retail unit on its ground floor.

However, Developer Urban Centric subsequently revised the scheme down to 72 bed spaces and said the pub would no longer be demolished but incorporated as a reception area. 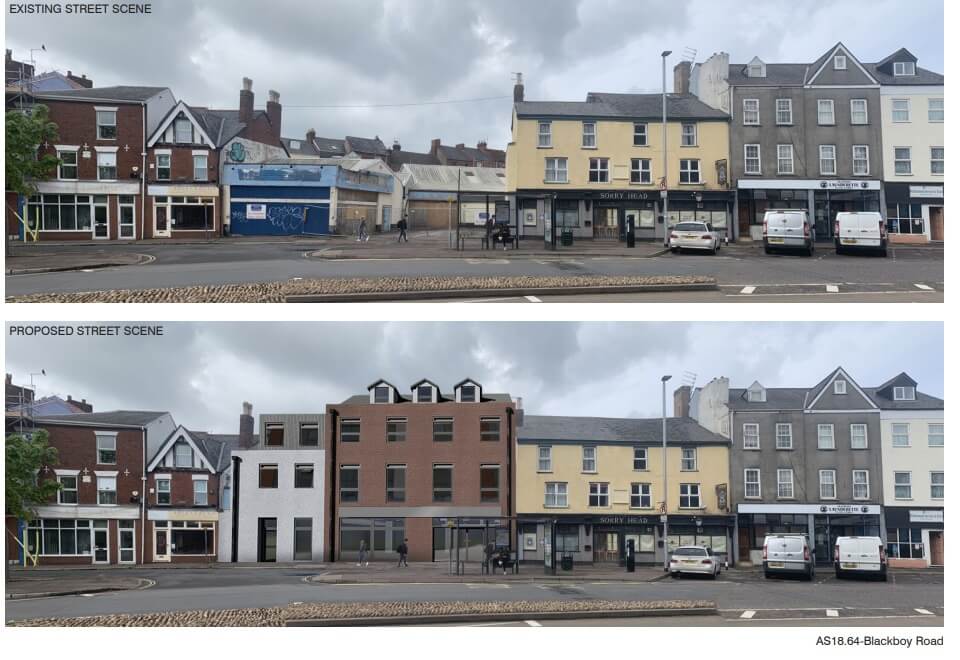 Before and after? How the student flats in Blackboy Road, Exeter, could look.

Blueprints had been recommended for approval by Exeter City Council officers, who said the application represents an opportunity to redevelop an underused site.

But planning committee members unanimously voted to delay making a decision at their February meeting.

Councillor Matthew Vizard said: “Local residents accept this site will and should be developed, but it is disappointing to see that it is a student development plan.

“Notwithstanding the reduction in bed spaces, it still seeks to put in as many beds spaces and squeezes them into the area.

“It will be detrimental to this part of the city and to residents’ quality of life.

“I welcome retaining the frontage of the pub, but we should judge the plan rather than the contents of the cover.

“We need to use our heads and not just be sorry.

“There are already a very high number of students in the area and 72 more beds will tip the balance further. This is not the right development for the site and I hope you reject it tonight.”

Cllr Emma Morse said that, while she did not have an issue with a student flats development, she did have an issue of the scale and appearance of the building.

She added: “It has a detrimental effect on the properties to the back and it doesn’t sit right with me.

“The first application was so poor, this is starting to look good. It’s close to being right, but it is not quite there now.” 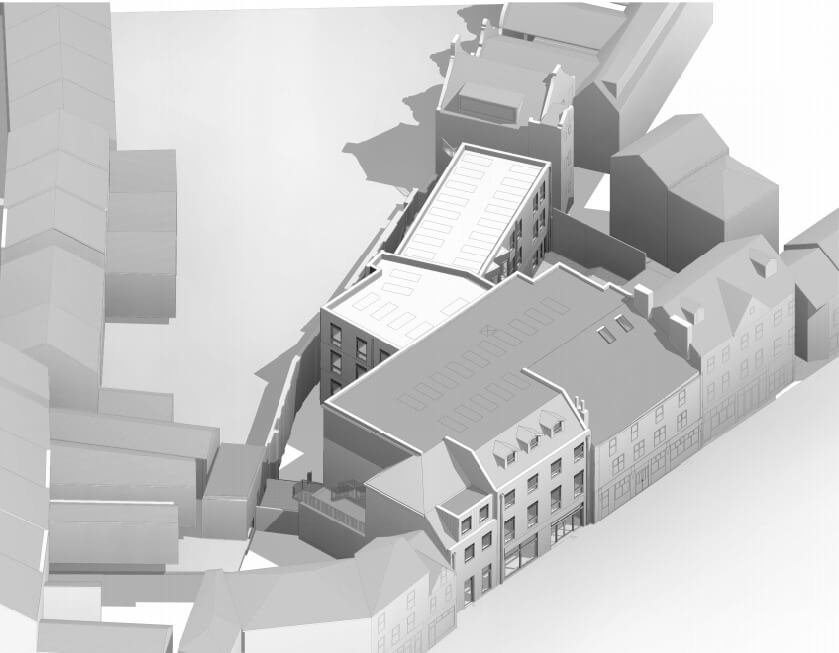 An artist’s impression of the development in Blackboy Road, Exeter.

Cllr Phil Bialyk also had concerns about the scale and massing on the building at the rear, saying: “It’s not about who lives in it, but about the building itself.”

Cllr Bob Foale said: “I propose a deferral to consider the impact on the street scene, loss of light for neighbours, and appearance from the rear of the property.”

Plans state the multi-million-pound scheme would benefit the area, bringing ‘fresh and exciting’ architecture and new shoppers and diners.

The application said: “The introduction of students into the area will be beneficial, bringing their spending power to the adjacent Sidwell Street businesses and local community.

“The increased footfall along Blackboy Road and to the building in general, along with the introduction of habitable rooms overlooking the footway, will improve natural surveillance and public safety.”