Tuesday, April 20
Trending
You are at:Home»News»Clean-up begins as Storm Dennis leaves ‘trail of devastation’ across Devon

Highways teams in Devon have been working ‘flat-out’ over the weekend dealing with ‘a trail of devastation’ left by Storm Dennis.

The weekend’s wild weather caused more flooding incidents than those seen during Storm Ciara – and a number of issues are still affecting some local roads.

County council crews are out clearing trees, landslips and debris as well as gullies and drains.

Flood alerts were issued this morning by the Environment Agency (EA) for the lower Exe area and the River Clyst.

Councillor Stuart Hughes, Devon County Council cabinet member for highway management, said: “Storm Dennis has left a trail of devastation this weekend, with a huge number of flooded roads, landslides and more trees down across the county.

“Our dedicated teams have been extremely busy working in hazardous conditions dealing with as many of these as possible.

“They are still working on clean-up operations today, but due to the extent of the damage it may take some time to get everything back to normal.

“There may still be debris and flood water across our road network so we would urge everyone to continue to take extra care when out on our roads.”

Around Devon, the A377 is blocked by a fallen tree at Colleton Mills and partially blocked by a landslide at Half Moon, where temporary traffic lights are in place.

The B3213 at Dunsford Hill remains closed until further notice due to a major landslide and the A383 at The Dartmoor Halfway Inn is closed due to flooding.

Teams are also dealing with a landslip at Marine Parade in Shaldon. 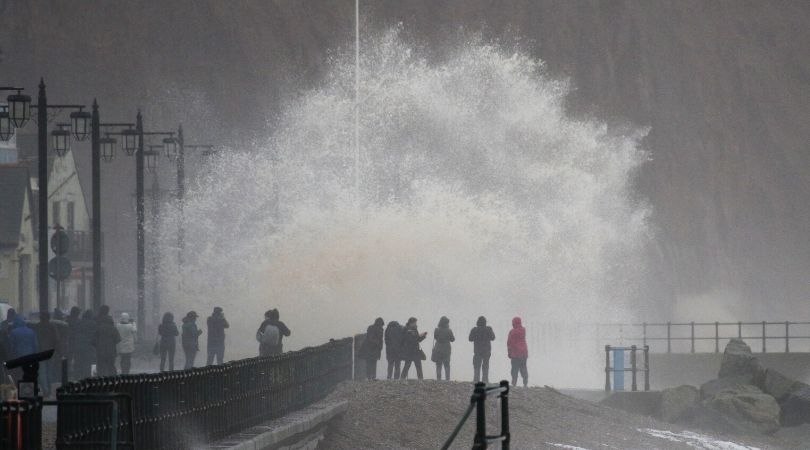 Several roads were impassable over the weekend as numerous rivers burst banks and drains were deluged by rain for 48 hours.

The B3176 near Sidmouth and A384 near Buckfastleigh were closed on Saturday due to floodwater but both re-opened on Sunday afternoon.

Yesterday (Sunday) saw fallen trees blocking the A39 at Shirwell near Arlington Court, A386 at Meeth, B3181 Exeter Road at Cullompton near Padbrook, A3072 Bow to North Tawton, A379 between Shaldon and Maidencombe, and B3196 California Cross near Modbury. A dry stone wall also collapsed onto the A382 between Bovey Tracey and Lustleigh.

Strong winds are expected to continue for parts of Devon today, but it will gradually ease.

However, scattered showers, which may be heavy at times, are forecast throughout the rest of this week. 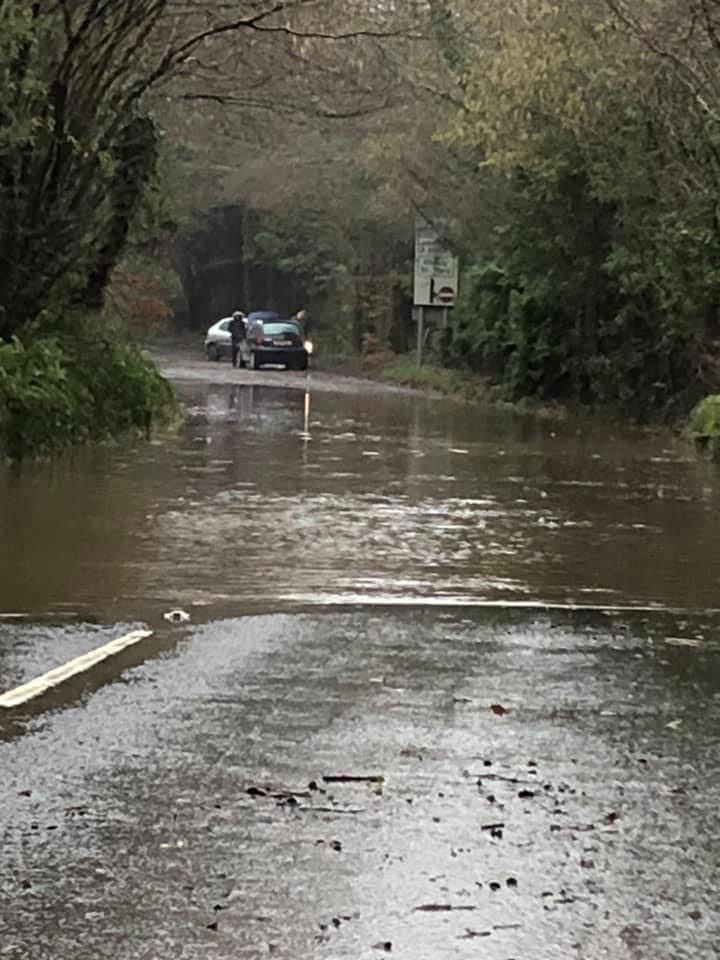 The EA said of its flood alerts for the lower Exe and River Clyst: “Flooding is possible from Monday into Tuesday.

“There has been heavy rainfall over the past 48 hours and river levels are remaining high. Specific areas of concern are low-lying land and roads close to rivers.

“Rain showers are forecast to continue throughout Monday, with more rain forecast on Tuesday. This will cause river levels to remain high into Tuesday. Take care near the areas of concern and monitor your local weather conditions.”