A bid to build 26 new homes opposite an Exeter valley park and popular picnic spot has been rejected.

AAH Planning Consultants had hoped to develop a field opposite Duryard and Belvidere Valley Park at the top of Pennsylvania Road.

But the scheme was refused by Exeter City Council’s planning committee at its February meeting.

The blueprints had been recommended for refusal by officers, who said: “It is considered that the development of the site for housing would have a detrimental impact on the character and appearance of the area which has been identified as important for landscape setting.

“In addition, the creation of the vehicular access would have a significant impact on the visual and ecological value of the site.

“The highway officer has highlighted concerns regarding the achievability of accessing the site other than by vehicular traffic and while the positive benefits of 26 dwellings (including the 35 per cent affordable housing) is recognised, this does not outweigh the negative impact the development would create.

“The protection of the landscaped outweighs the additional housing and accordingly the application should be refused.” 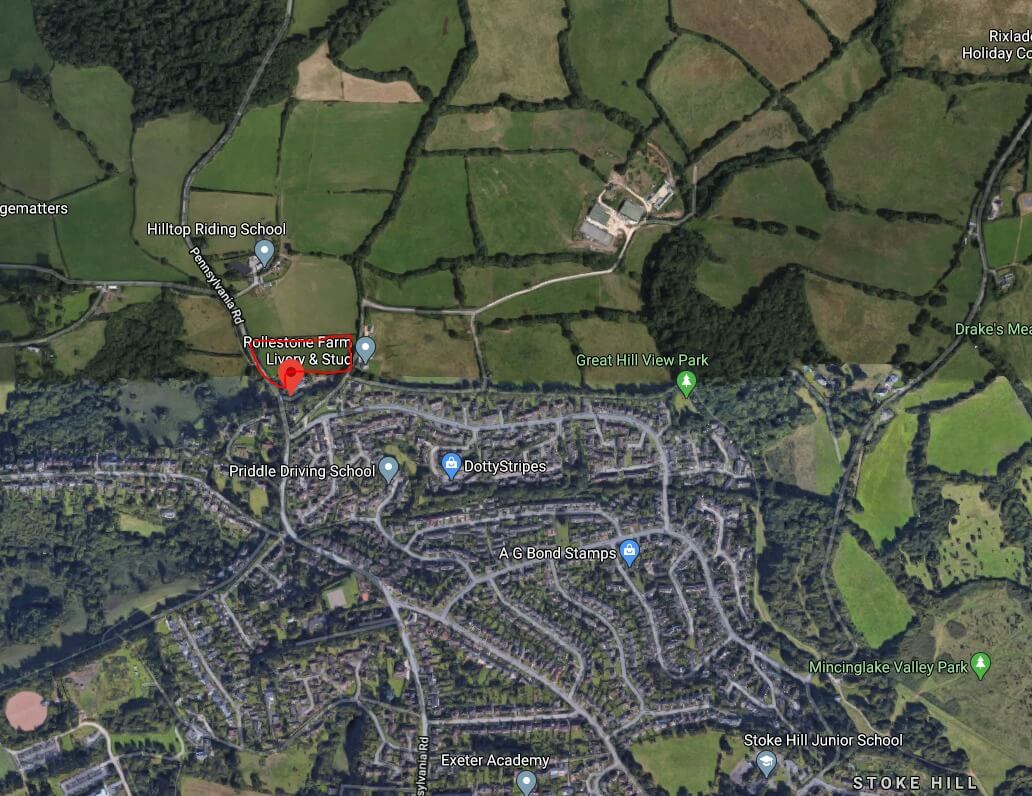 In red, a rough outline of where the 26 homes were planned in Pennsylvania Road in Exeter. Picture: Google Maps

Councillor Jane Begley, who represents the Pennsylvania ward, said that she was ‘delighted’ to hear the recommendation of refusal.

She added that she held concerns over the accessibility of the site due to the lack of pedestrian and cycle routes and the over-reliance of the car.

Cllr Begley also expressed worries over the general impact it would have on wildlife and that the narrow road to access is dangerous and frequently sees its speed limit ignored.

She also said that there was a concern that the horses that live in the nearby riding school and farm would be affected by the building work and that children moving into the homes could be tempted to feed them unsuitable food.

Cllr Amal Ghusain said that the road is already very dangerous and any more traffic would not be appropriate.

Councillors voted to refuse the plans.