Work to stabilise a section of crumbling cliffs in Beer is under way – with contractors scaling the steep rock face to carry out the task.

Netting is being installed along the coastline to catch loose debris, rocks and soil and boost the safety of beachgoers.

The work, which began on February 3, is being carried out by Vertical Technology Ltd on behalf of East Devon District Council (EDDC).

It is expected to take around three weeks. 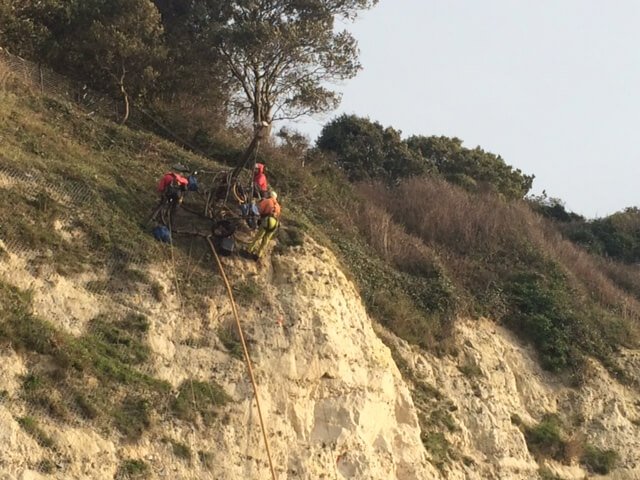 The aim of the scheme is to ensure the sloped footpath leading to Beer’s east beach can safely remain open.

It will also reduce the risk of damage to nearby beach huts.

“This material can then be released from the netting in a controlled manner and without risk to the public,” said an EDDC spokeswoman.

“The works are taking place following recommendations made in the council’s annual cliff inspections, which identified an area of potentially unstable cliff face and soils.

“The far end of the footpath is now closed while the works are carried out. However, diversions are in place and disabled access to the beach is possible via Sea Hill.” 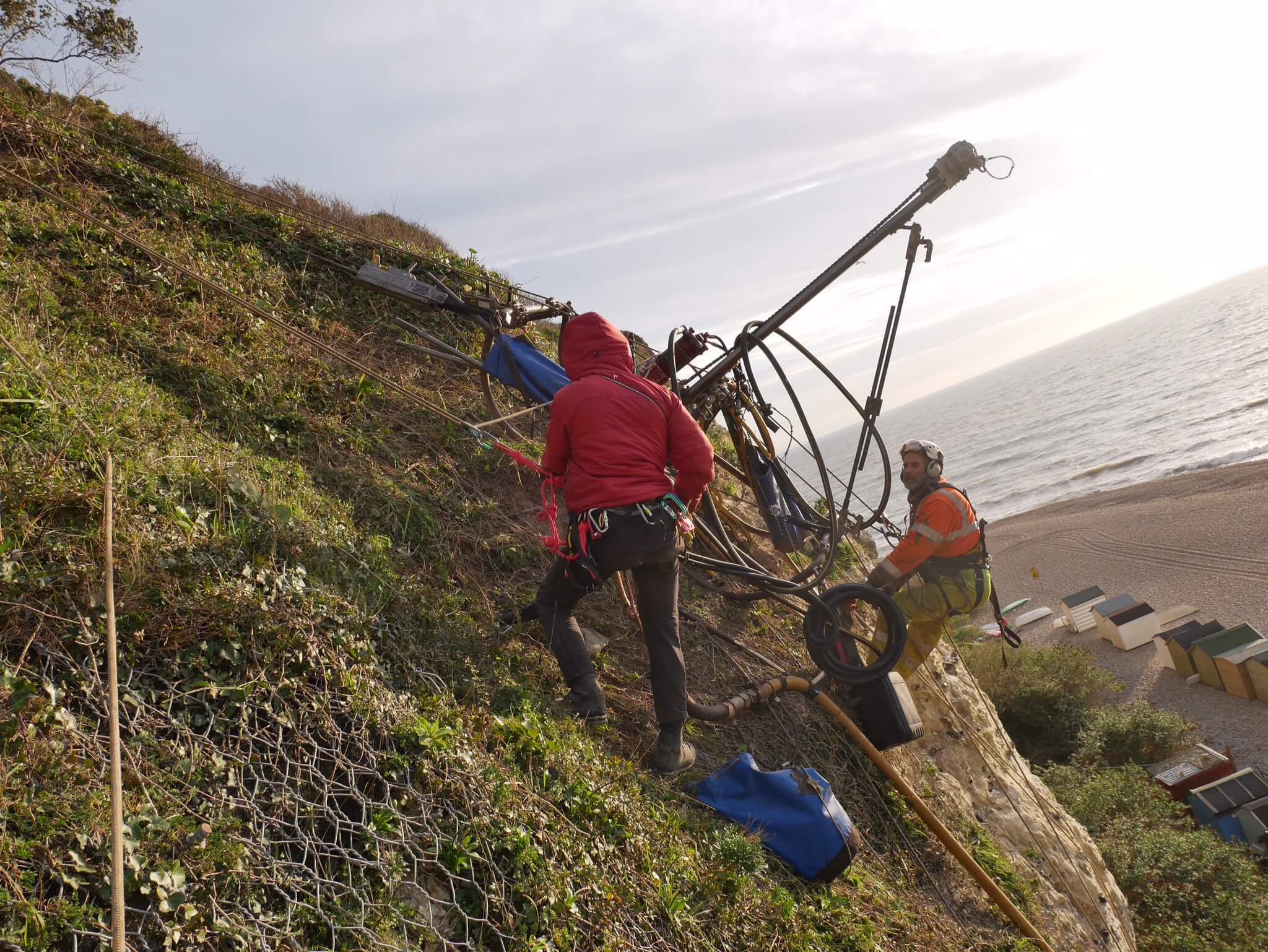 The contractors will install 18x6m of PVC-coated steel mesh which will be secured by 24 stainless steel rock bolts grouted into place.

As part of the programme, around 110 metres of corroded steel tensioning cable, together with previously installed netting, will be replaced.

“This element of the works may require longer footpath closure, which will be clearly signposted,” said the spokeswoman. 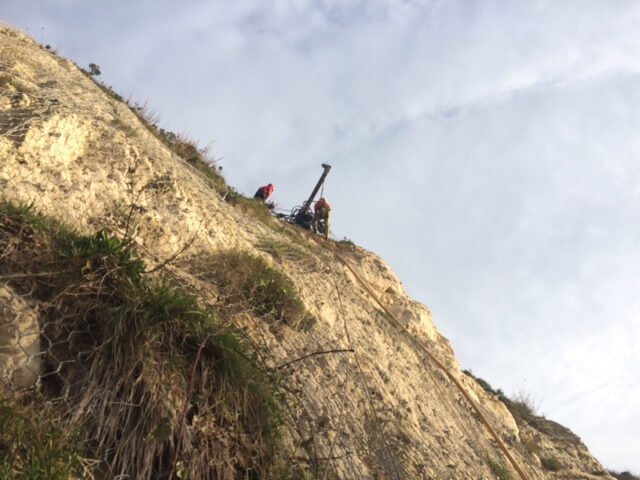 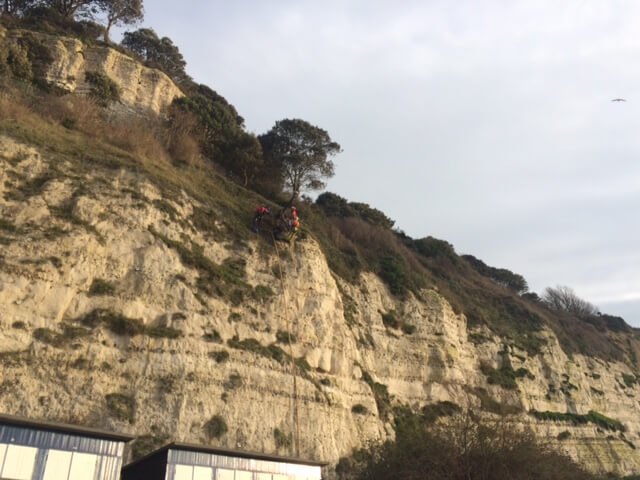 Both Natural England and the Jurassic Coast Trust have backed the scheme.

Cllr Geoff Jung, EDDC portfolio holder for the environment, said: “The safety of East Devon’s beaches is a high priority to the council, and these works will allow the public to continue to enjoy Beer’s outstanding beach safely without compromising this unique and beautiful World Heritage Site. We would like to thank the public for their patience during these works.”

EDDC’s annual cliff inspections in Beer, Budleigh Salterton, Seaton and Sidmouth are due to take place from March 2.