A Honiton pensioner who knows the importance of having your five-a-day has set up a fruit and veg bank from her garden shed.

Sue Vaughan, 70, and neighbour Dave Holland, came up with the idea of fresh produce for free when the keen garden growers gave away their surplus veg, leaving it on a wall for passers-by to pick up.

Now the pair run a fresh food bank from a shed in Sue’s Queen Street garden, stocked with home-grown fruit and vegetables, donated produce, plus tins of pulses, eggs and wholemeal pitta bread.

Some people come along and say ‘I am so embarrassed’ and I say ‘please don’t be embarrassed’. I was single mum once upon a time and I would have been glad of this. Getting yourself in dire straits can hit anyone…

Clinical nutritionist Sue has put together recipes to give a healthy helping hand to food bank users cooking with the donated ingredients.

And she aims to get people growing their own, offering tomato plants that can be tended on windowsills.

Sue, who is ‘passionate’ about eating healthily, hopes to set up a community garden in Honiton, where anyone can come along and learn how to grow their own food.

She is on a waiting list for a public allotment if Honiton Town Council allocates land.

Until then, she would like to hear from anyone willing to loan a patch of land in Honiton for free – so the community growing can begin. 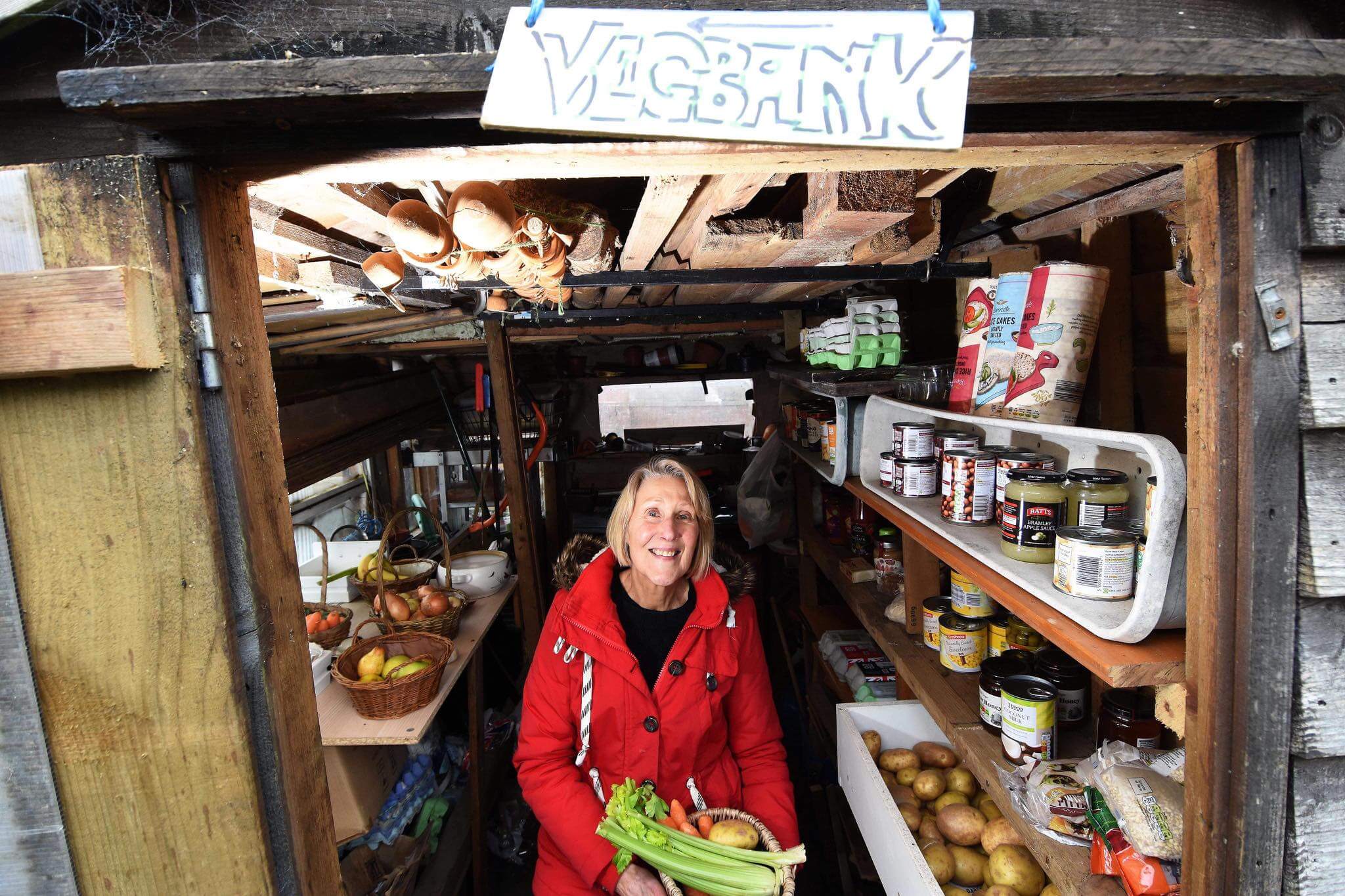 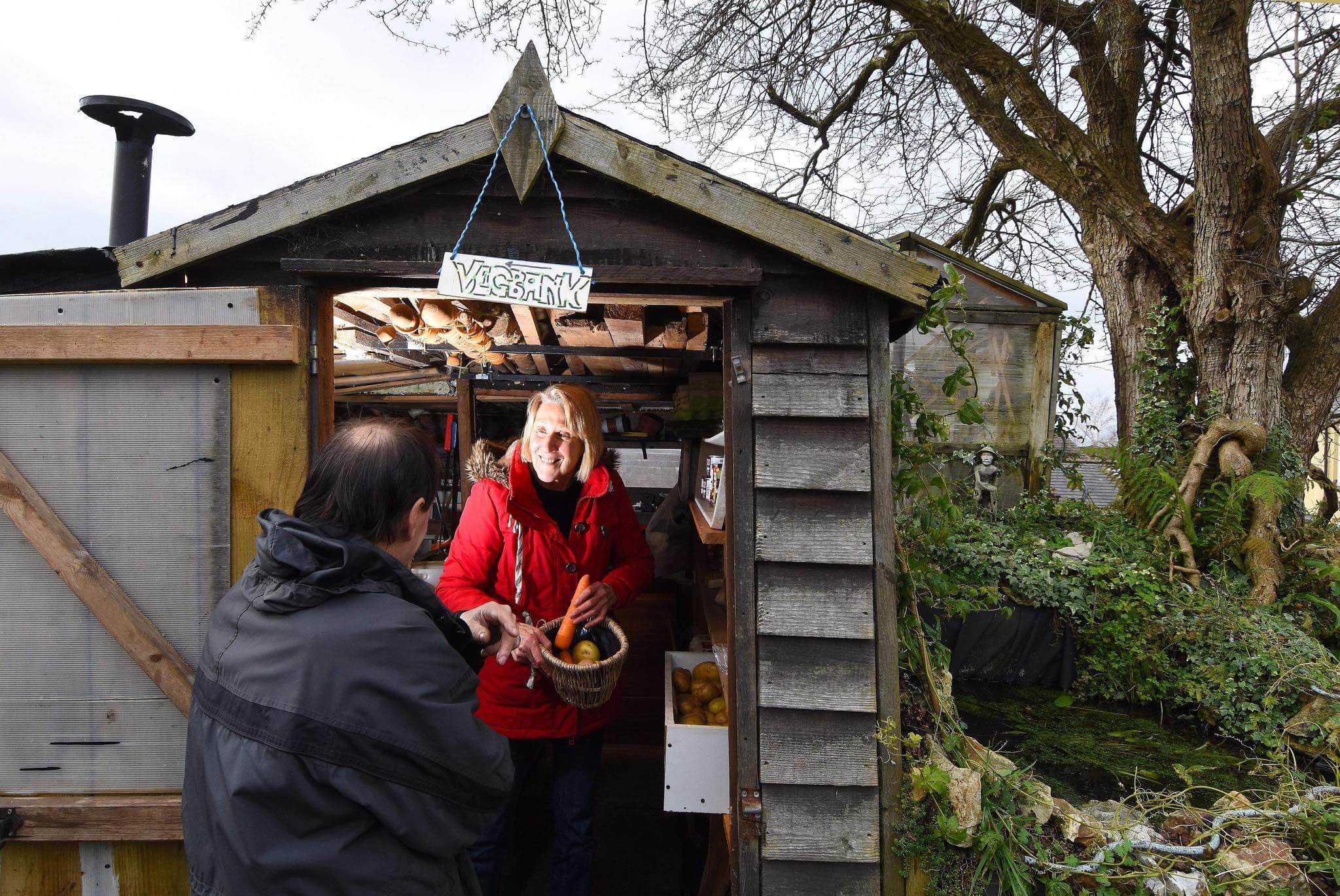 Sue said the veg bank fed people from all walks of life. Many were in employment but not earning a living wage.

She said: “People have been really positive. A lot of them have got kids and they know as well as everyone else that kids need fresh produce for health.

“Some people come along and say ‘I am so embarrassed’ and I say ‘please don’t be embarrassed –  I was a single mum once upon a time and I would have been glad of this’.

“Getting yourself in dire straits can hit anyone.”

Sue added: “If we ever get an allotment we will try and run it as a community garden and get people to come along, and plant things.

“When people are vulnerable and in financial difficulty they often end up with problems with depression and anxiety. Gardening is such good therapy.

“This year we’re giving out tomato plants to get people growing themselves. Even if they live in a flat, they have got a windowsill. I have only got a small garden but runner beans go up in the air.”

Sue and Dave hit upon the idea for the veg bank last year when they gave away their surplus home-grown tomatoes, courgettes, runner beans and potatoes.

They set up in Sue’s shed and now take referrals for help from Citizens Advice, the church, and Jobcentre.

Users are given a food bank voucher which is exchanged for fresh fruit and veg from the shed.

Added to their own produce are donations of fresh food from Lace Walk Co-op shoppers, who contribute thanks to a drop-off box inside the store. 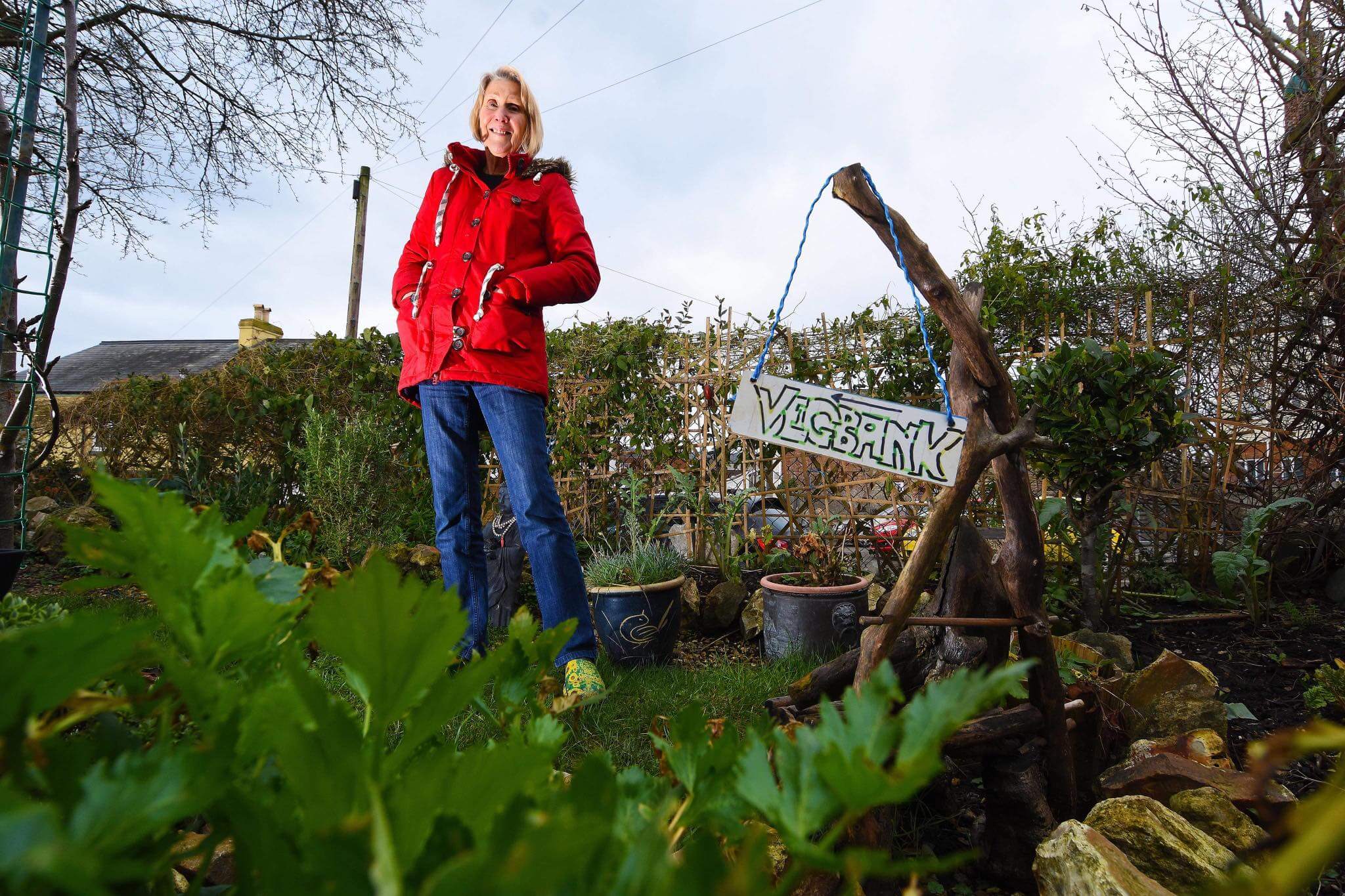 Sue hopes to set up a community garden so people can grow their own food.
Photos: Wayne Perry. 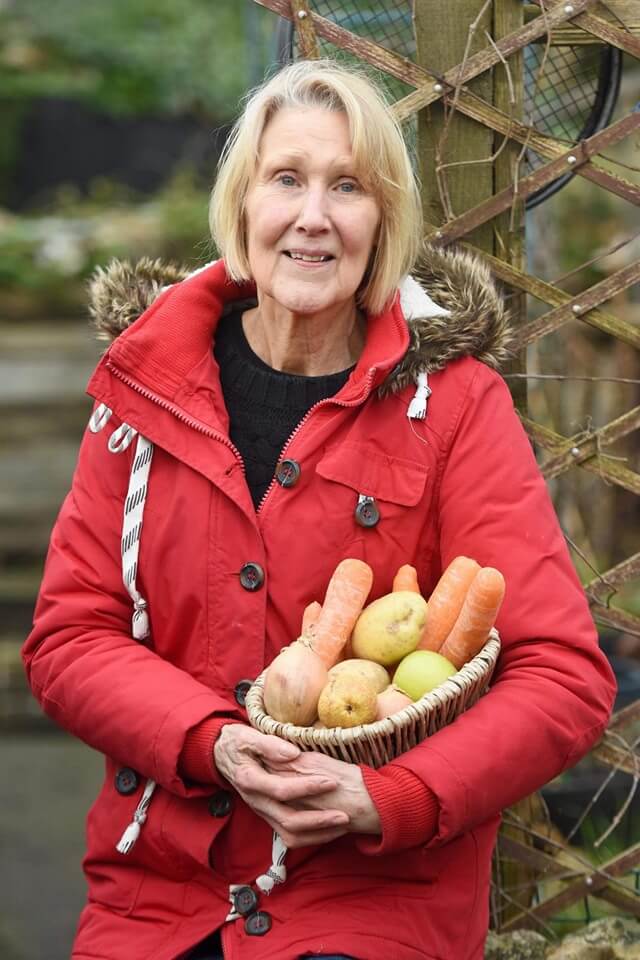 The veg bank is open every Tuesday and Friday, from 12noon until 4pm, to coincide with Honiton foodbank’s hours.

For more information, to donate fresh food, or if you have a patch of land to lend for a community garden, call Sue Vaughan on 07980 903733 or email vegbankuk@gmail.com