A wooden flagpole on Exeter’s Guildhall was removed by firefighters this morning, Monday, after Storm Ciara sheered it in two, leaving it overhanging the pavement.

Exeter’s High Street was closed shortly after 9am while the Danes Castle fire crew, and retained firefighters, positioned an aerial platform and removed the pole.

A Devon and Somerset Fire and Rescue Service spokesperson said: “One fire engine from Danes Castle and an aerial appliance attended Exeter High Street after a report of the wooden flagpole having sheared in half, and half of it hanging over the pavement.

“The High Street was closed and the aerial was positioned so that the fire service could work at securing the flagpole.

“The flag pole had to be removed and a reciprocating saw was used along with small tools.”

A Danes Castle fire station spokesperson said: “Storm Ciara caused the flag pole on the Guildhall in Exeter to break at the base, last night.

“Blue watch and retained crews were called out to make it safe, by removal.” 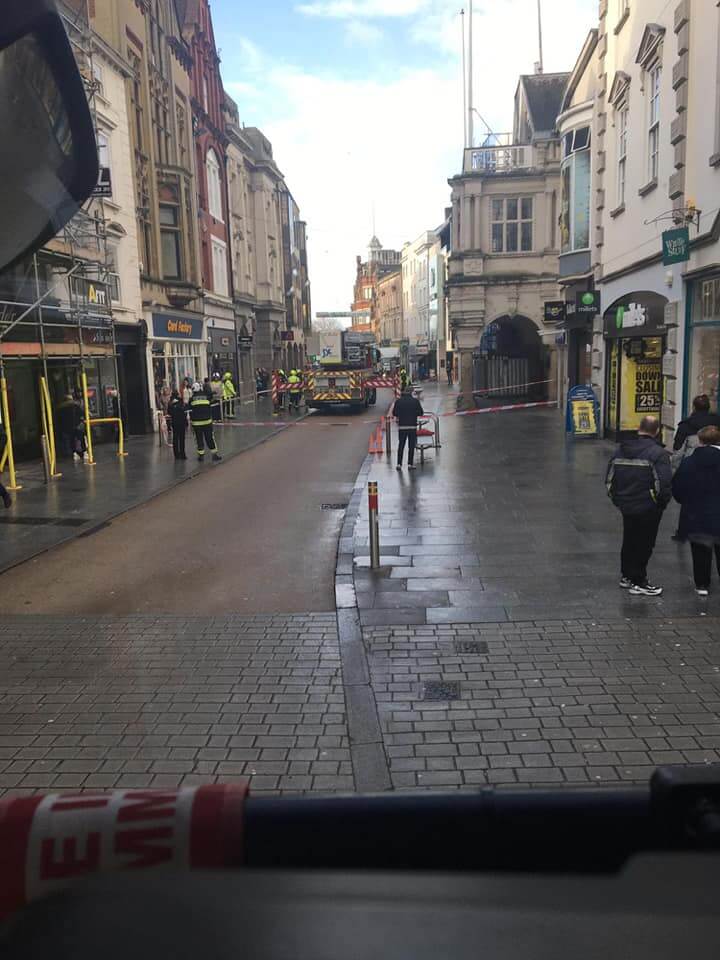 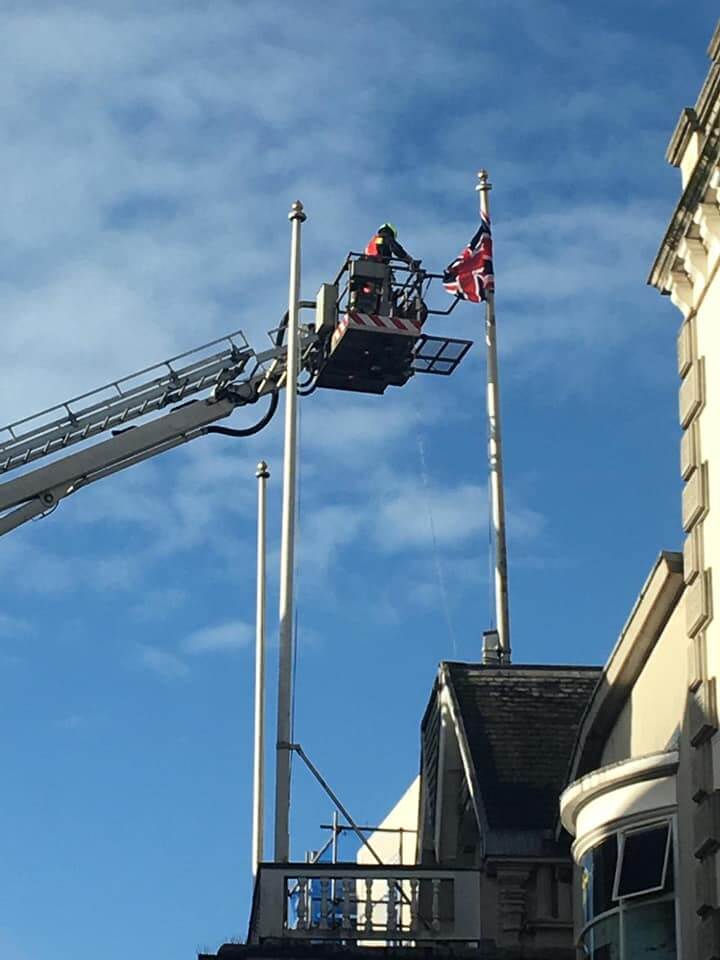 The flagpole on the Guildhall, Exeter, was broken by Storm Ciara.
Photo: Danes Castle Fire Station. 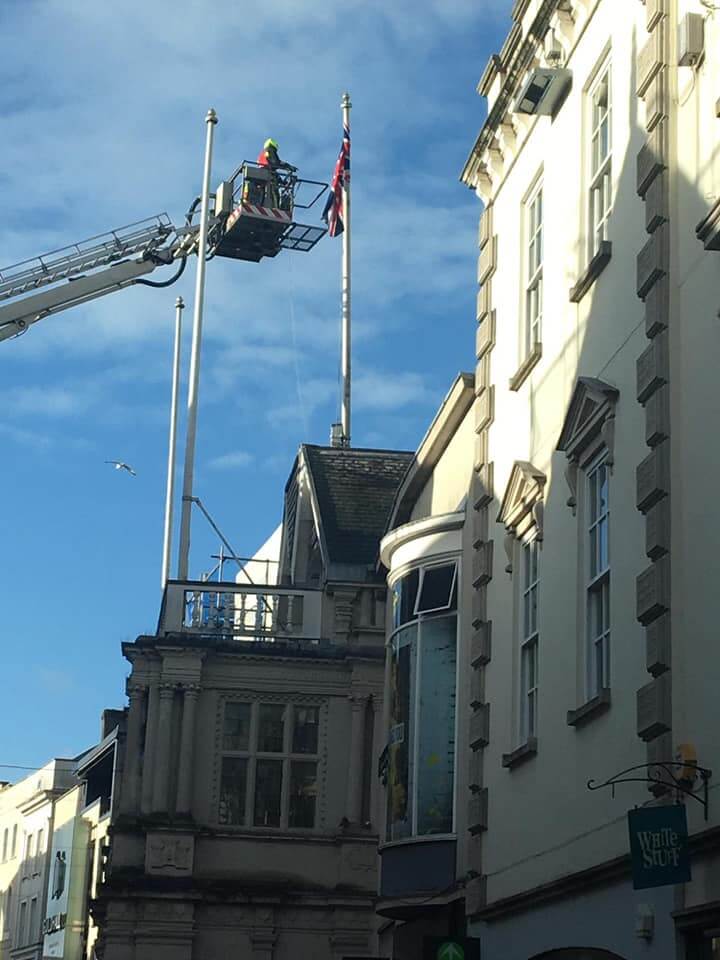 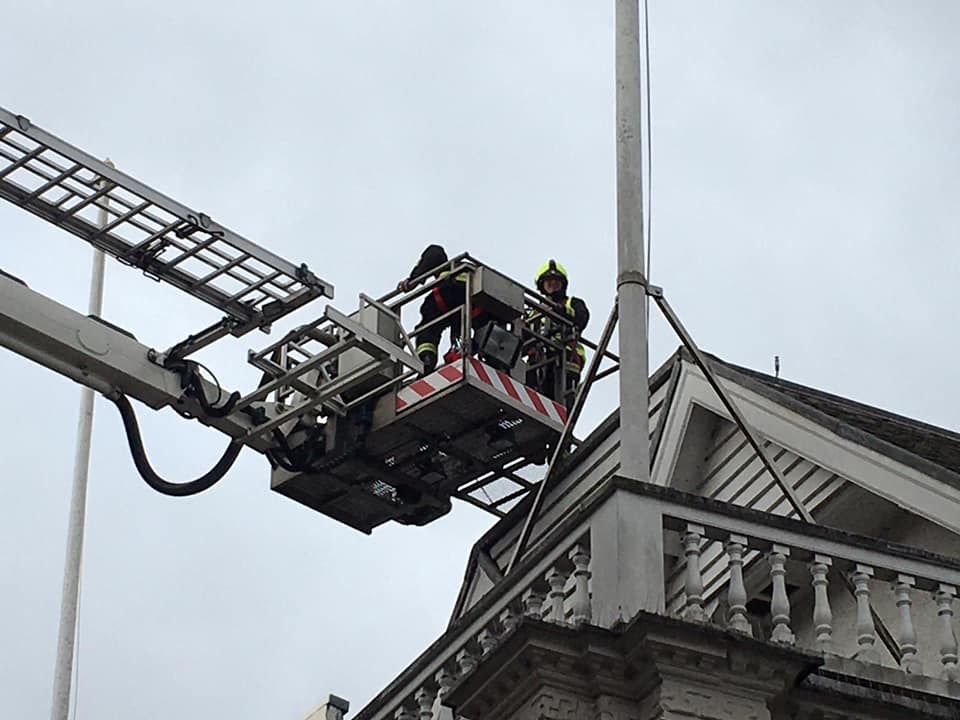