Coldplay and TV’s Lorraine Kelly congratulated an Exmouth world record breaker for rowing the Atlantic with the Oarsome Foursome.

Chris Martin, Coldplay front man, sponsored Claire Allinson, from Moreton Crescent, Exmouth, Bird Watts, from Mevagissey and her mum, Mo O’Brien, who is deaf, from Penzance, when he heard about the trio’s efforts to row 3,000 miles as the Oarsome Foursome – in aid of Exmouth and Lympstone Hospiscare, Cornwall Blood Bikes, and Carefree space charities.

Coldplay praised the Oarsome Foursome’s record-breaking row to become the fastest female trio to cross the Atlantic, sharing their epic achievement with the band’s fans through social media.

Also applauding the rowers’ efforts was TV’s Lorraine Kelly, who on Tuesday morning, invited the Oarsome Foursome to appear live on her morning show via video link from Antigua. 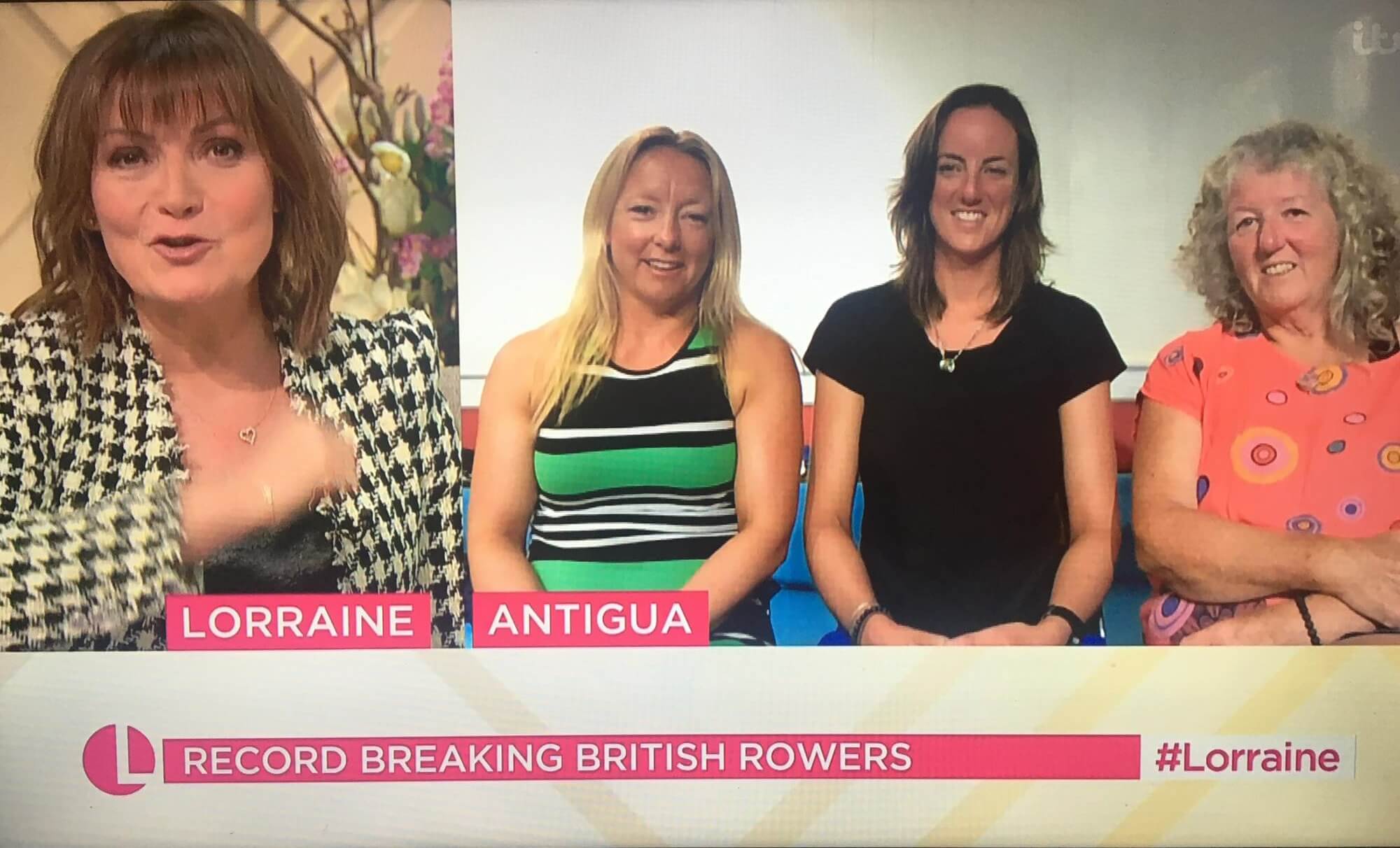 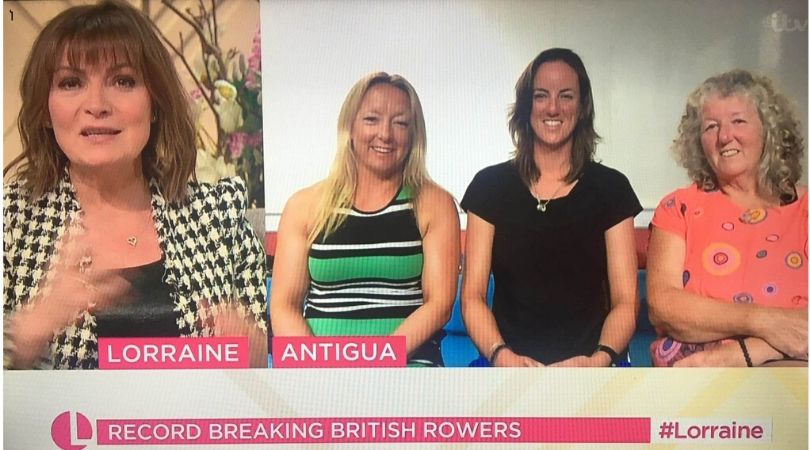 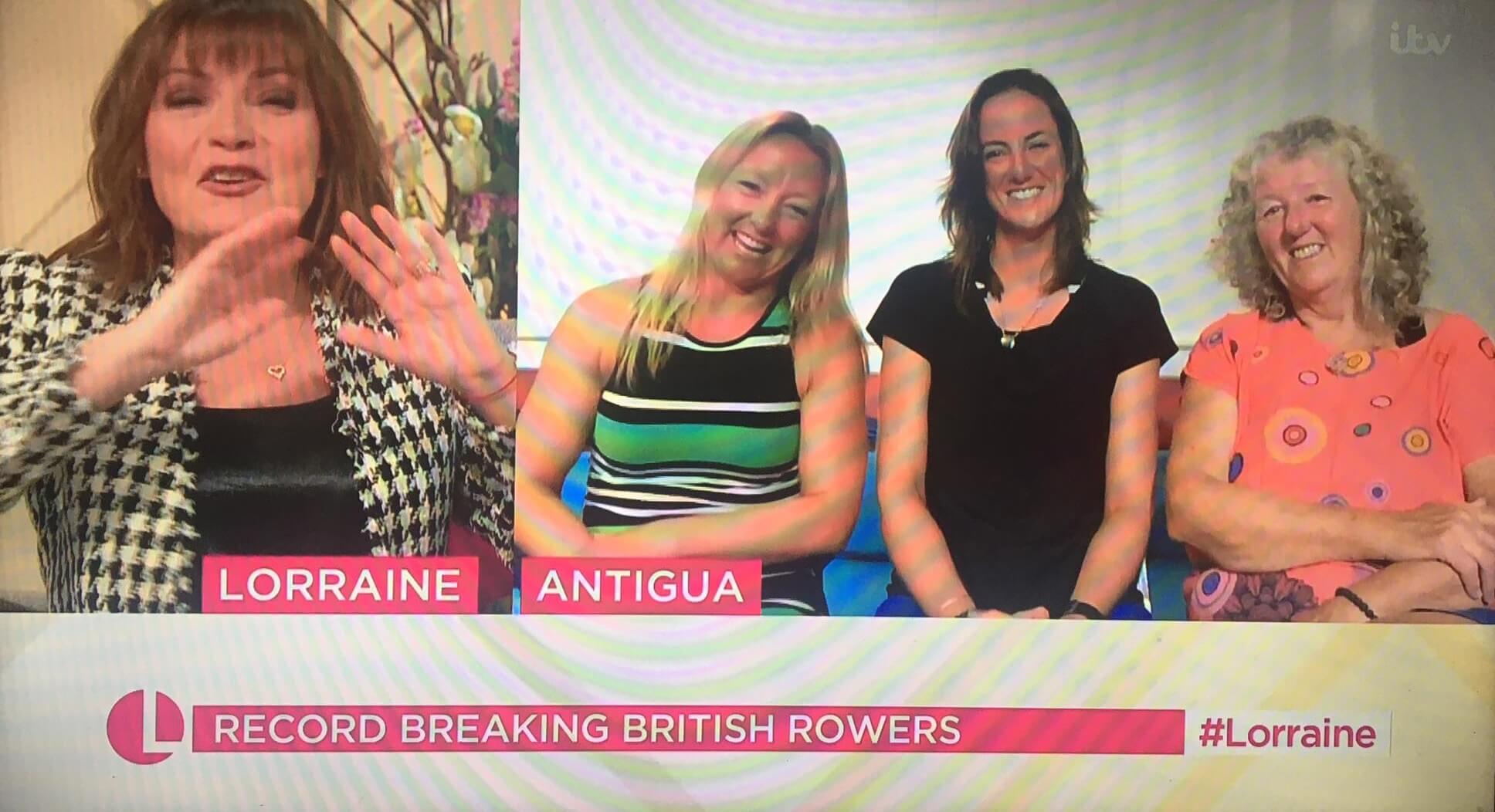 On hearing from Claire, Bird and Mo about the 3,000-mile Talisker Whisky Atlantic Challenge, Lorraine declared the trio ‘real heroes’.

Lorraine told the Oarsome Foursome: “We are so proud of you. You have done amazing things.”

The TV star asked the women about their experiences at sea, which included Christmas Day on the boat.

Married Claire spoke about the ‘strong bond’ formed on board the boat, and why she was persuaded to take part in what is billed as ‘the world’s toughest row’.

Claire said: “We had challenges on board. You are really tired sometimes and you can be grumpy but it was done and dusted in two minutes. More often than not we just absolutely laughed our way across. It’s been a remarkable journey.

“We always said we would come off stronger friends when we got off than when we got on, and we most definitely did.”

Claire, previously a non-rower, took on the challenge in memory of her dad, George Blagbrough, who died in August 2018 from bowel cancer, aged 71, nine months short of his golden wedding anniversary.

Speaking about her motivation to row the Atlantic, she told Lorraine: “I met Bird through my husband, Rich, and Bird asked me if I would row an ocean and I said ‘absolutely not, you must be off your rocker’.

“But then she explained that one of the charities they were wanting to support was Cornwall Blood Bikes.

“My dad had been in theatre twelve months before and blood literally saved his life and so for me it was no brainer. If I could help another family to get a similar outcome we got, then it was worth every stroke.”

Bird and her mum, Mo, told Lorraine’s viewers about some of the sights seen by the women – orca and humpback whales – as they rowed the 3,000 miles.

Bird said: “We saw an orca within a metre of the boat. She circled around us. She came around the front and then she was very kind enough to show us her calf as well. That was absolutely incredible.

“We saw some humpbacks that jumped out of the water and spun and landed. The wildlife out there is just phenomenal; the sunset, stars, just unbelievable.”

When Lorraine asked Mo what she would take away from the challenge, she said ‘feelings I didn’t know existed’. 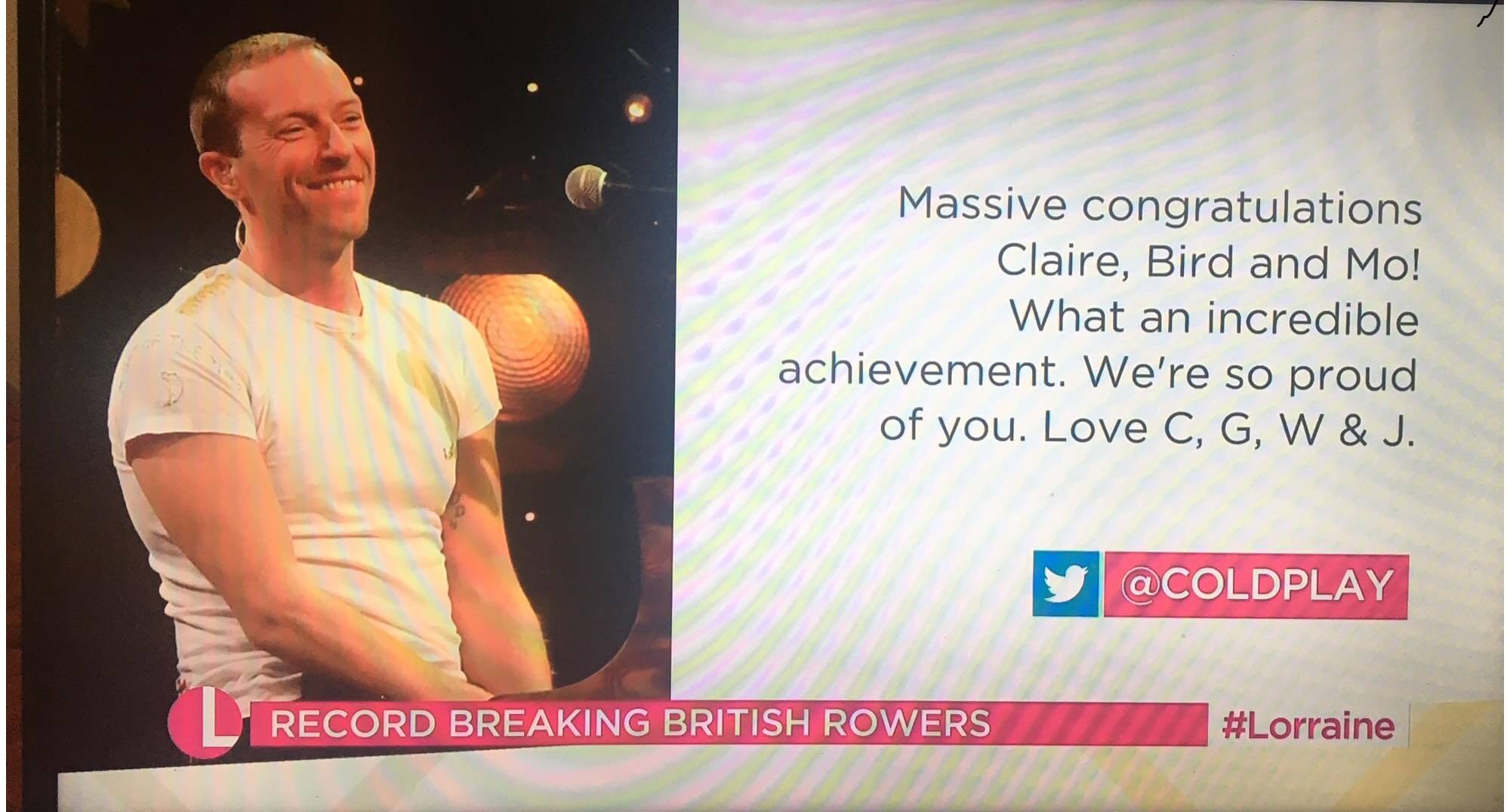 Coldplay and Chris Martin Tweeted their congratulations on the return of the Oarsome Foursome.
Image courtesy of ITV/Lorraine.

The women were backed by Coldplay as one of their main sponsors after Claire plucked up the courage to tell Chris Martin’s dad, Anthony, about the rowing adventure at a chance meeting near Exeter last year.

Claire explained the band’s involvement to Lorraine, saying: “We took the boat to an event at Powderham Castle and I was talking to a chap.

“I am a huge Coldplay fan and it soon became apparent that I was talking to Anthony Martin.

“I didn’t realise until he had actually walked away so I went and hunted him down and asked him if he would ask Chris if would do a Tweet.

“He spoke with Chris and Chris couldn’t believe what we were doing and just said ‘I think we can do more than that’ and they became a sponsor.”

The band went on to sponsor the team’s boat for an undisclosed amount and Coldplay’s logo has travelled with the women throughout their challenge. 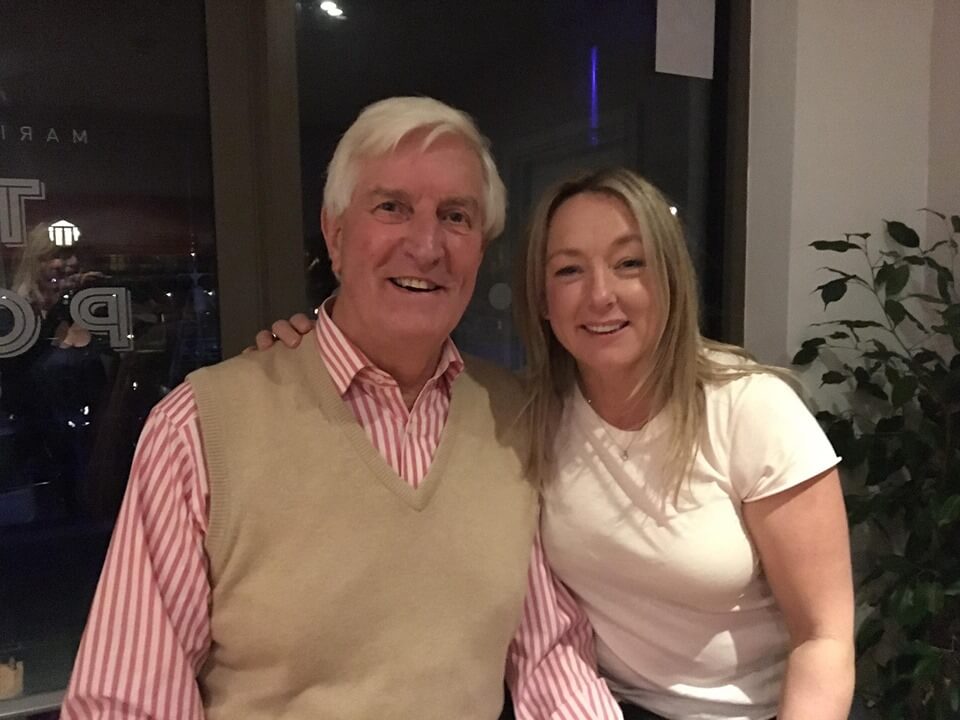 The Oarsome Foursome set off on the 3,000-mile Talisker Whisky Atlantic Challenge on December 12, 2019, and crossed the finish line in Nelson’s Dockyard English Harbour,  Antigua, on January 31, 2020, becoming the fastest female trio to row the Atlantic.

The fourth member Linda Whittaker, from Gorran Haven, was forced to pull out of the row and transfer to ground crew shortly before the competition began, because of seasickness.

The women let off flares in celebration as they were told they had finished the 3,000-mile Talisker Whisky Atlantic Challenge, some 49 days, 13 minutes and 49 seconds since setting off.

Family and friends of the Oarsome Foursome were on the dockside, cheering the trio on as they rowed their last few pulls to achieve their world record after seven weeks at sea. 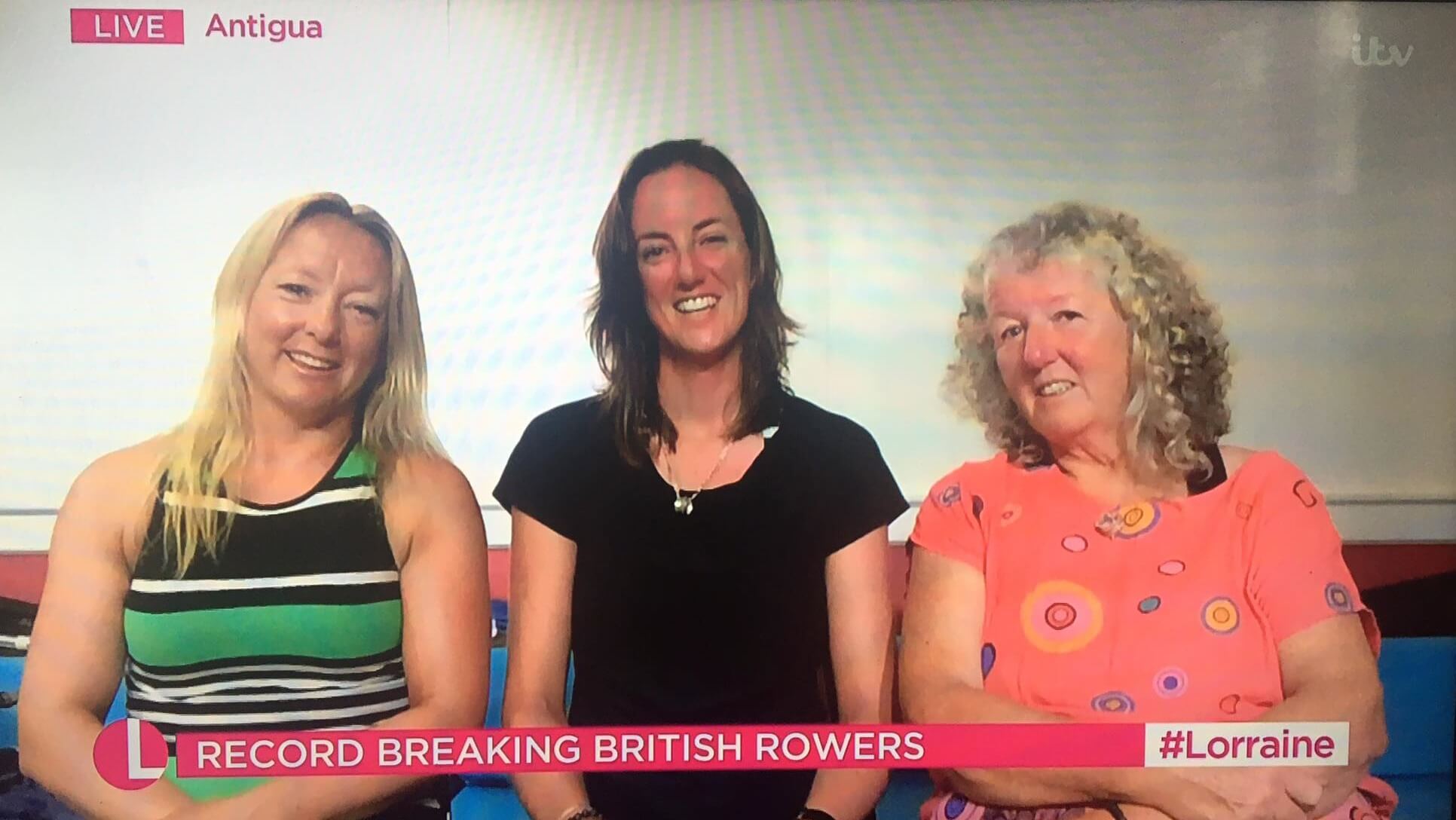 The Oarsome Foursome were interviewed by Lorraine Kelly.
Image courtesy of ITV/Lorraine.