Firefighters battled a blaze in the roof of a Sidmouth bungalow this afternoon (Tuesday, February 4).

Both the town’s engines and crews from Ottery St Mary and Budleigh Salterton were called to Beatlands Road at around 12.30pm.

They arrived to find the home’s loft space ‘well alight’ and smoke billowing from the dwelling.

An aerial ladder platform from Danes Castle in Exeter also attended the scene. 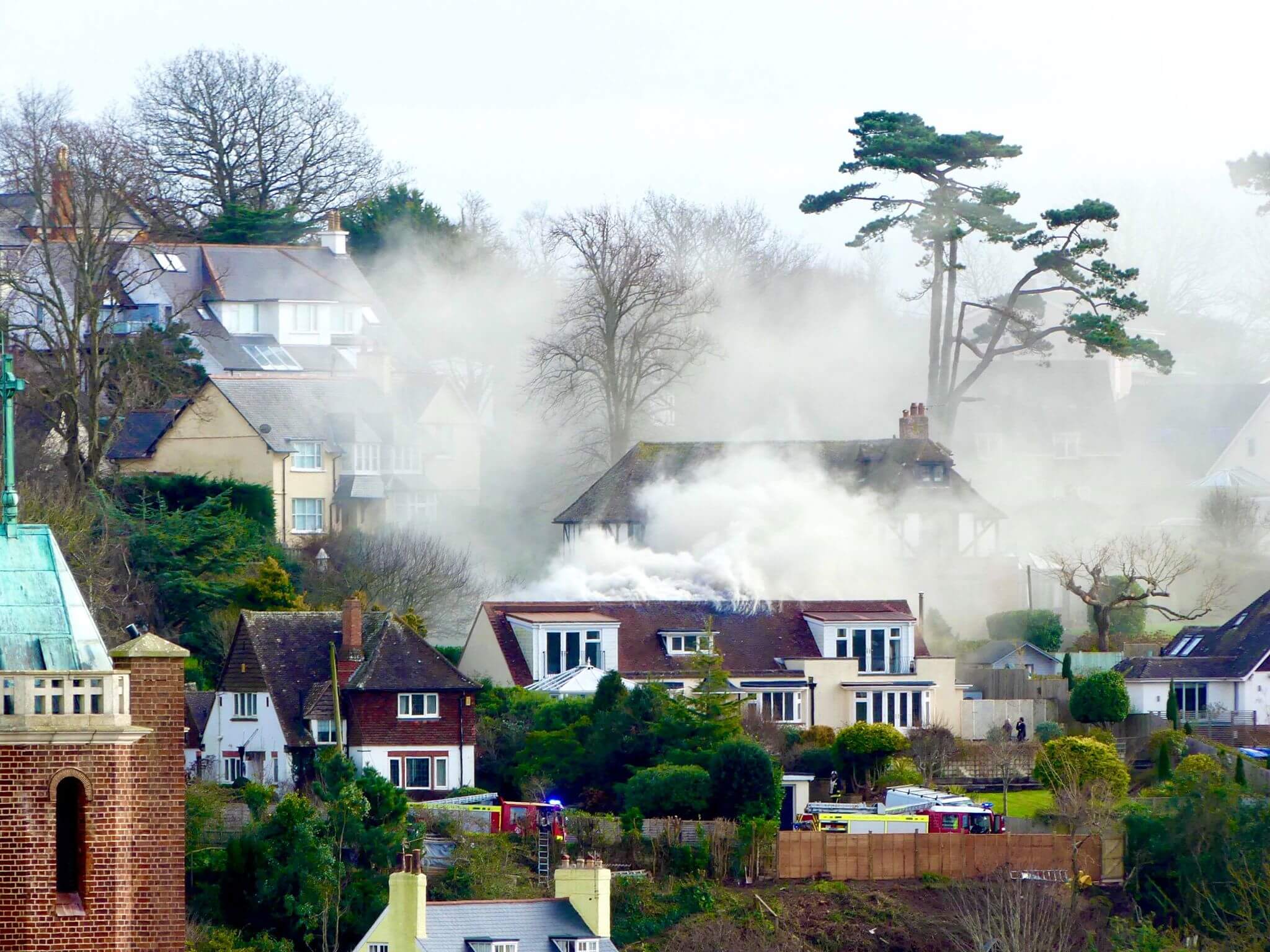 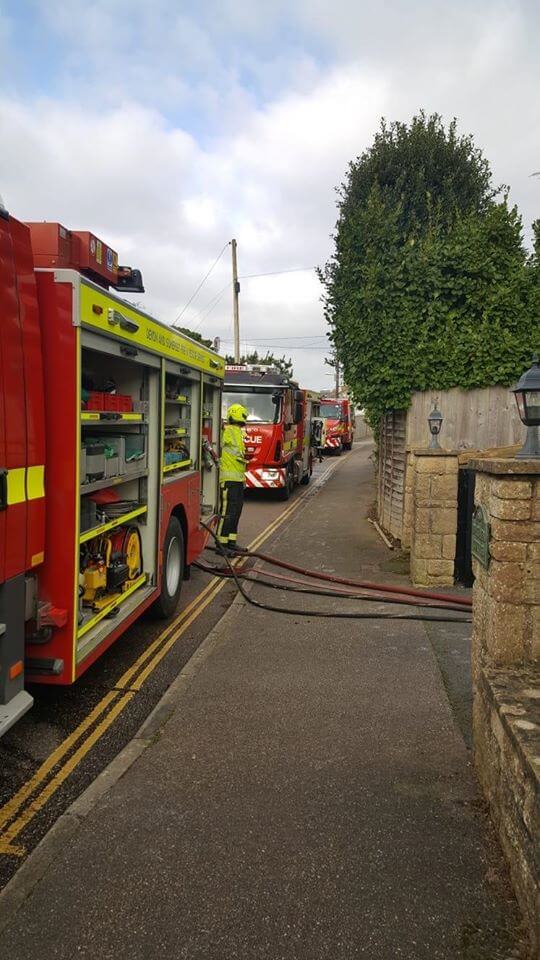 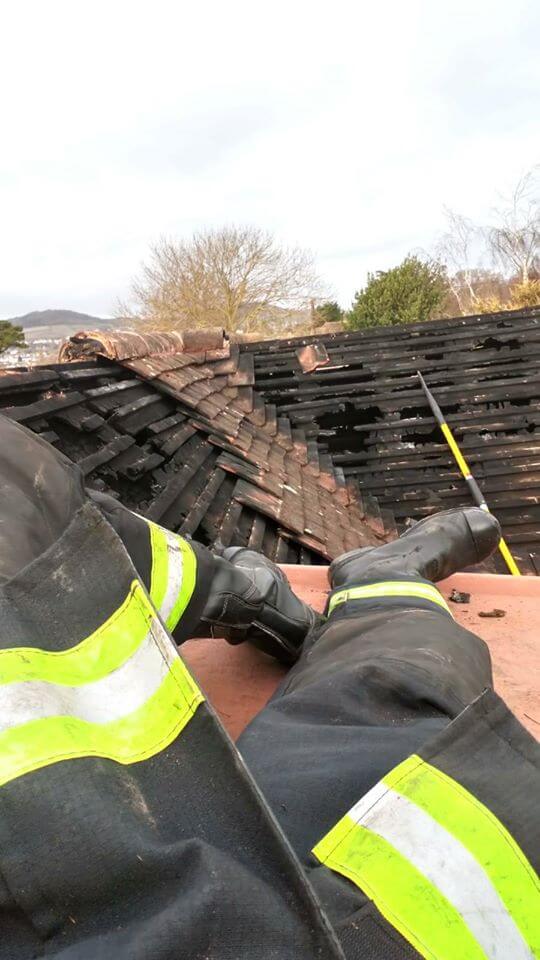 Firefighters donned breathing apparatus to tackle the flames before they could spread to the rest of the property. Other crew members worked to remove sections of the roof.

The cause of the blaze was accidental. 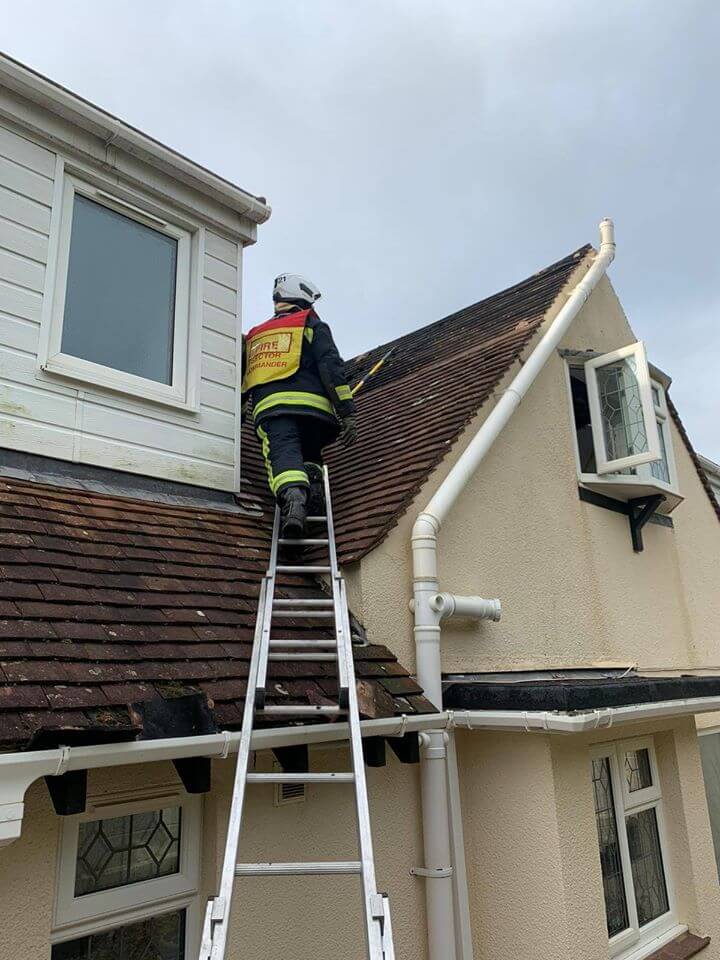 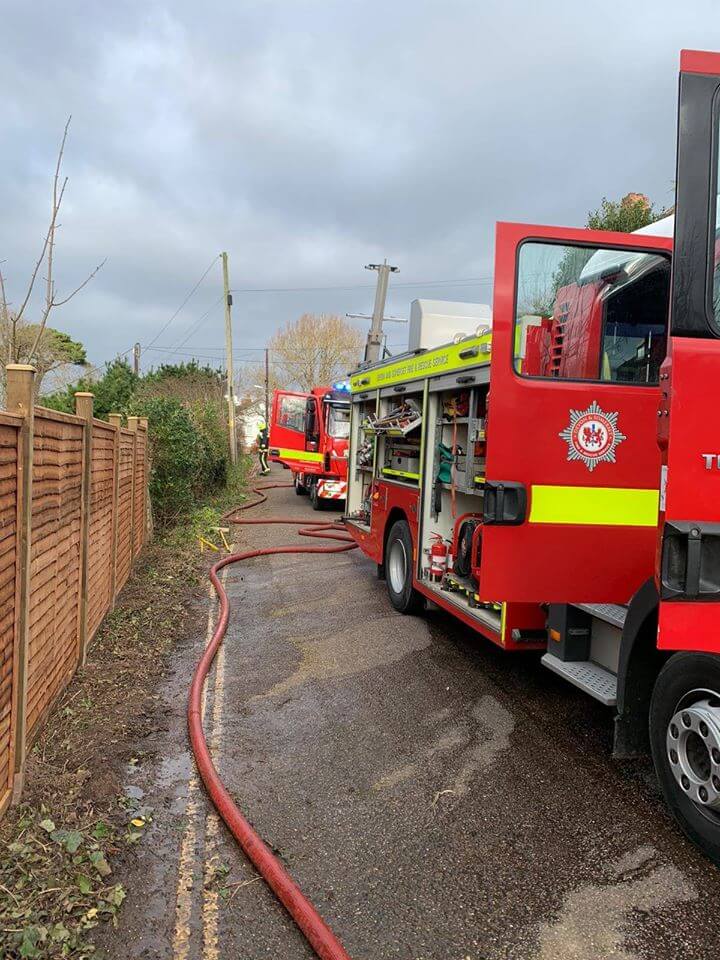 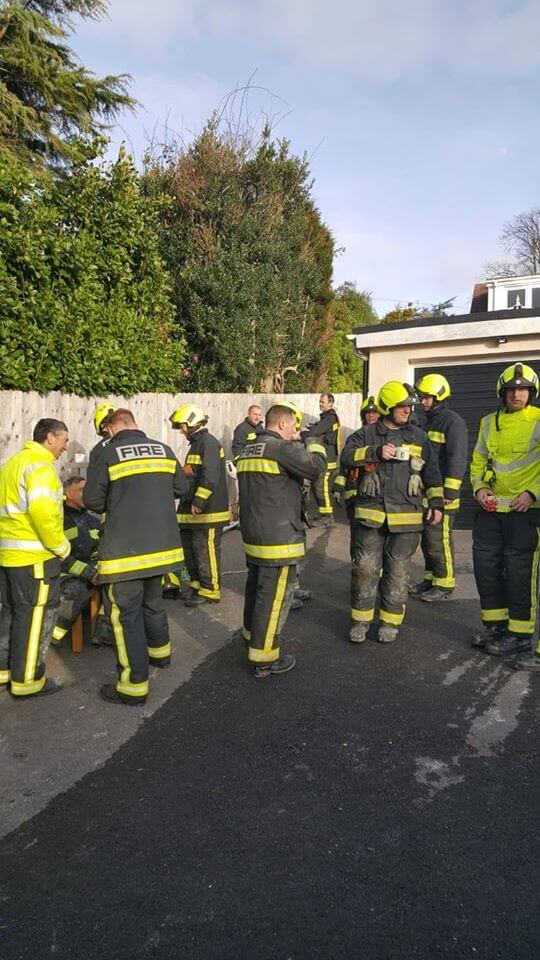 A Sidmouth Fire Station spokesperson added: “The fire was extinguished before spreading to the rest of the property. The cause of the fire was accidental.”

Both Sidmouth pumps and the Danes Castle aerial platform ladder were called out again shortly after to a chimney fire at a thatched property in Fluxton.

“The thatch was coated in a blanket of compressed air foam while the fire was tackled from inside the chimney,” said the Sidmouth Fire Station spokesperson. 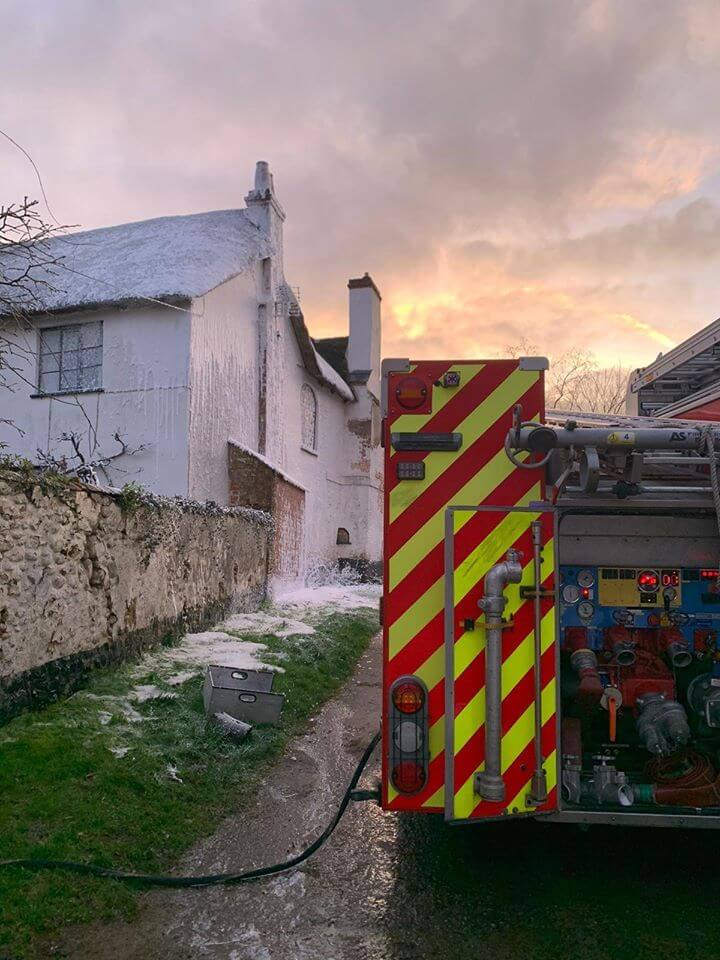 The second callout of the day for Sidmouth fire-fighters was to to a chimney blaze in Fluxton. Picture: Sidmouth Fire Station